Understand the key concepts behind a wide range of texture maps with Digital Tutors... 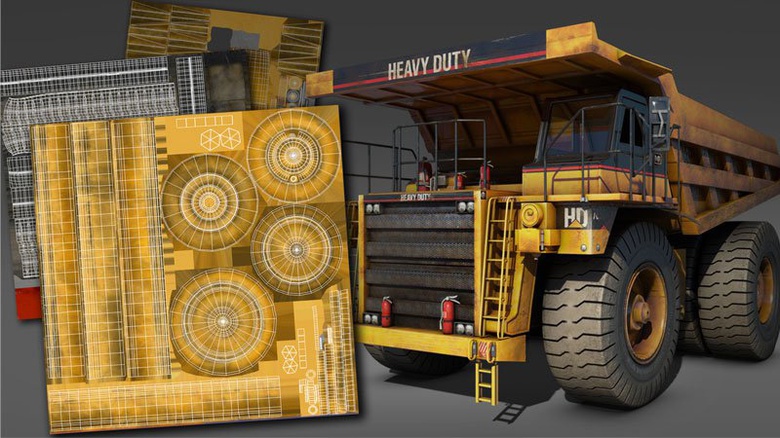 Understand the key concepts behind a wide range of texture maps with Digital Tutors...

To paraphrase the popular saying, there are two types of texture artists in the world. There's the dedicated texture artists and then there's the modelers who also take on the texturing role. Regardless of which type of texturing artist you are, it's incredibly important to understand the key concepts behind the texture maps that are used to create the wide range of material types that you'll be called on to create.

The process of texturing is so much more than just adding color to a 3D model, and simply put there are few feelings better than taking a bland chunk of monochromatic geometry and watching it come to life as you transform it into a realistic prop constructed of a wide range of materials like plastic, rusty metal and glass. In this article we'll take a look at some important concepts you'll need to keep in mind as you begin creating texture maps for your own models.

Is Your Model Ready?

While it may be tempting to jump into texturing right after modeling something, most 3D models aren't ready to be textured as soon as they're modeled out. If you take the time to prepare your model properly before texturing, it can save you a lot of headaches later on in the texturing process. For example, it's a good idea to check for issues like flipped normals and to make sure there's a viable UV layout.

While UVing may not be the most glamorous task in 3D, it's still very important to the texturing process because it's literally the guide for your 3D software to know how it should apply any of the 2D texture maps you create to your 3D model. You can have UVs that are a single tile, or you can have them spread across multiple tiles if you need to dedicate more pixels to certain areas on your model. 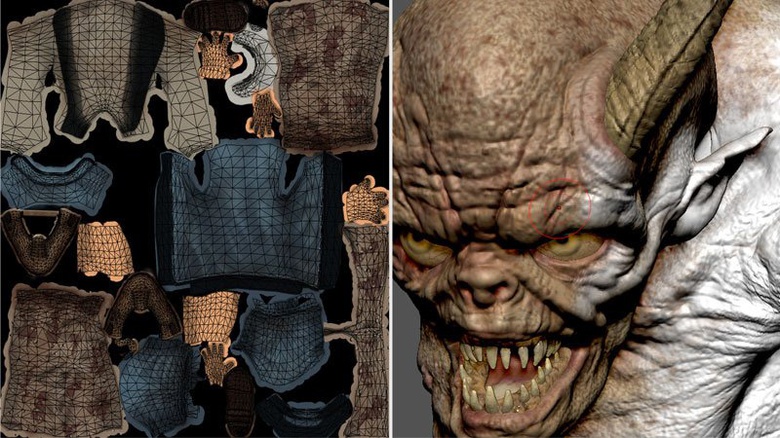 Check your model is ready before texturing

After you've got the UVs laid out, start simple by blocking out some different materials or shaders to get a rough approximation of the different surface qualities. By starting out simple, you can quickly make changes to areas that should be different without getting bogged down in the details of the materials.

There's a couple different ways you can do this. One technique you can use is to output a UV guide from your 3D program and bring it into Photoshop to start painting your textures. Photoshop does have some simple 3D capabilities that can help with this, but depending on your model's complexity it may be best to stick to going back to the 3D program to preview your textures. Or, if you'd prefer a more direct method, another common technique is to paint textures directly onto the 3D geometry in a program like ZBrush or Mudbox.

Creating everything from scratch is nice, but sometimes you've got to get things done fast and often times it's just faster to use a photograph as a way to add real-world detail to your textures. If you're taking your own photos for textures, make sure your images are as flat as possible.

Most 3D scenes will have lighting added to them later, so if you have lighting baked into the textures it can break the illusion of reality. For example, if you have a texture with a shadow being cast on the right side of the objects in the texture but your 3D scene has a light on the right side, the viewer's eye will know something isn't quite right because shadows shouldn't be cast on the same side as the light source. For that reason it's a good idea to bring your textures into Photoshop to remove any sort of lighting or shadows in the image if possible.

It's worth pointing out that a lot of games do have baked lighting as a technique for faking the lighting. This is done intentionally, but it's usually done a little later in the pipeline than the creation of the initial textures. Generally speaking you'll want to remove any existing lighting from raw images.

You can learn more about projection painting in Texture Projection Techniques in MARI. 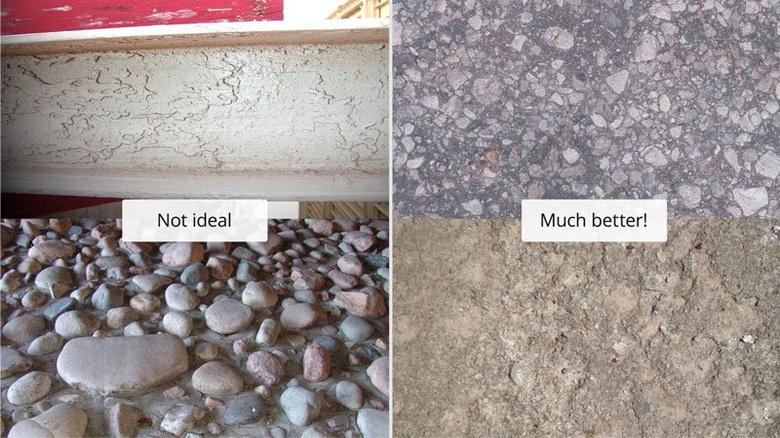 Choosing the right texture for you surface

When you think about texture mapping, the first thing that comes to mind is probably the color map. The aptly-named map is basically defining all of the surface color for your materials, without any of the lighting or shading information. Color maps, which are also sometimes referred to as diffuse maps, can go a long way to defining surfaces as being made from different real-world materials.

You can also use color maps as a starting point for many other texture types, like bump or specular, because the color often changes in the same areas as other aspects of the material change. For example, in the image above you'll notice the color changes around the bumpy areas on the character's forehead. Not only are there color differences there, but once you've created the color map that can be a great start to a bump map without having to recreate all of those bumpy areas.

You can learn more about creating color maps in Your First Day in MARI. 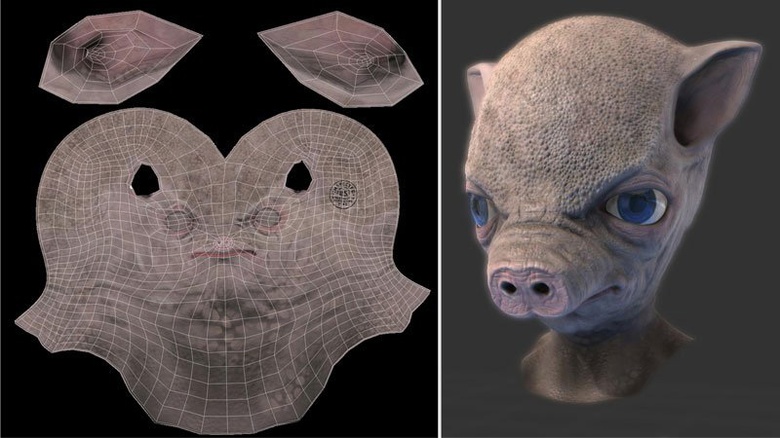 Textures don't have to be limited to color maps. You can create textures to drive almost any channel in your material. A bump map is a grayscale image that acts as a pseudo-height map. It doesn't actually create any extra geometry, all a bump map does is create the illusion of raised or lowered details on the surface of your model. Usually if you have something darker than a 50% gray in your bump map, it'll appear as if it's pushed down into the surface while anything lighter than that will appear to be raised up.

An important thing to keep in mind when you're using bump maps, is that the silhouette of the object will remain unchanged, because as mentioned before the bump maps don't actually create any extra geometry. For that reason, bump maps are really great for adding in smaller details where the silhouette doesn't need to be affected.
You can learn more about creating bump maps in Creature Creation in CINEMA 4D. 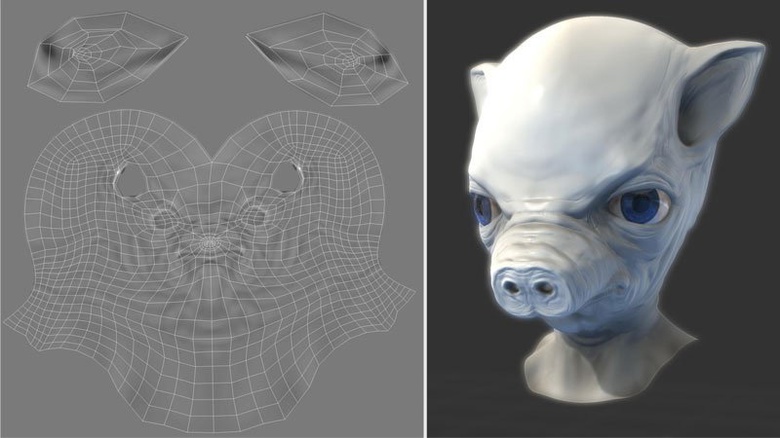 You can learn more about creating displacement maps in Sculpting Integration Concepts in Maya and ZBrush. 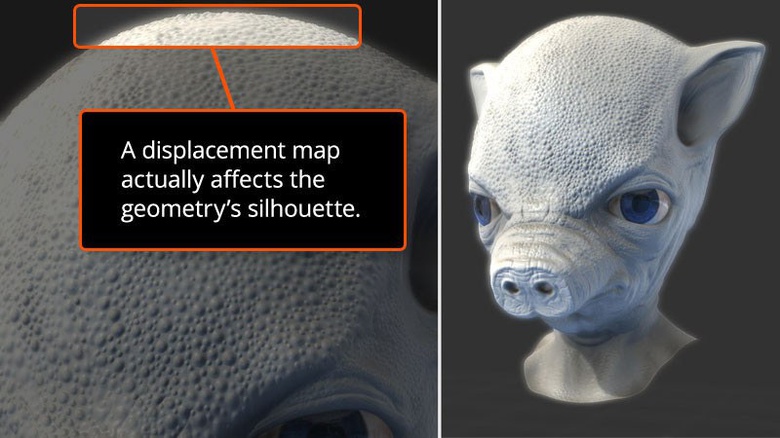 While displacement and bump maps have their own pros and cons, yet another type of pseudo height map is a normal map. Instead of a grayscale image like a bump map, a normal map is basically a map of what direction your geometry's normals are facing. With this information, the illusion of anything from height to how your model is affected by lighting can be faked.

Generally speaking, normal maps are used a lot in games where real-time rendering can take advantage of how different lighting angles might affect your model's geometry in different ways. If you're thinking there's a lot of similarities between bump, displacement and normal maps you're not alone.

You can learn how to create normal maps in Aging Wood and Metal Textures in Photoshop.

In the image above, notice how around the character's eyes the skin appears to be shinier than the area under his chin? That's done with a specular map that tells the 3D program how shiny each area of the model should be.

As another example, a wet piece of plastic will reflect light completely differently than a dry piece of plastic. The color may be the same and it may have the same amount of bumpiness, but you can control how shiny it is with a specular map. For a basic specular map, you can use dark tones to reduce the specularity and lighter tones to create a stronger highlight.

You can create specular maps manually, paint them interactively in programs like Mudbox and MARI or you can start with a color map and adjust the levels or curves to create your final specular map.

You can learn more about creating specular maps in Creating Game Weapons in Maya and Mudbox. 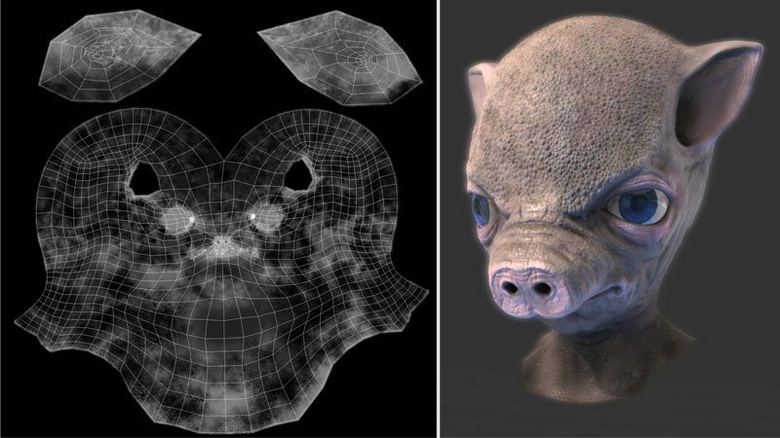 Sometimes it'd be nice to combine multiple materials or textures together on a single object. With mask maps, you can do that by using the black and white values of the map to define which texture layer is displayed on which area of your object. While it can vary depending on the program you're using, in most cases white will define areas for the texture to be visible while black will display the other layers.

Using mask maps is a very flexible and non-destructive way to work because it lets you change where the textures appear without actually touching the maps themselves. You can use them to blend textures together or create cut-outs for decals or tattoos.

You can learn more about creating mask maps in the Professional Series: Texturing Military Vehicles in MARI tutorial. 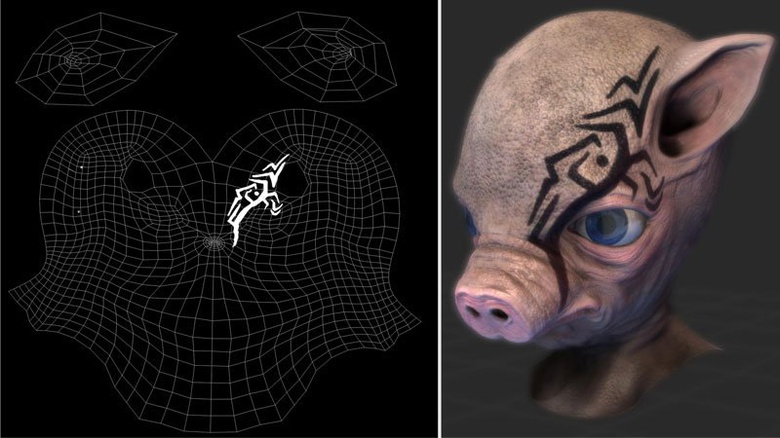 When you've got large surfaces to texture, it's often necessary to create the map from just a small texture. For instance, if you need to texture an entire parking lot but you've only got a photo of a small portion of asphalt from your driveway then once that small texture is applied to the large area it'll look distorted.

Instead, what you can do is to repeat, or tile, the smaller texture across the geometry. The catch to this is that tiling can cause visible seams if you're not careful. To avoid this, most texturing programs have tools that let you repeat the edge pixels. By doing this you can create a new image that will tile seamlessly across your entire surface and avoid any visible seams.

You can learn more about tiling textures in Creating Seamless Textures for Games. 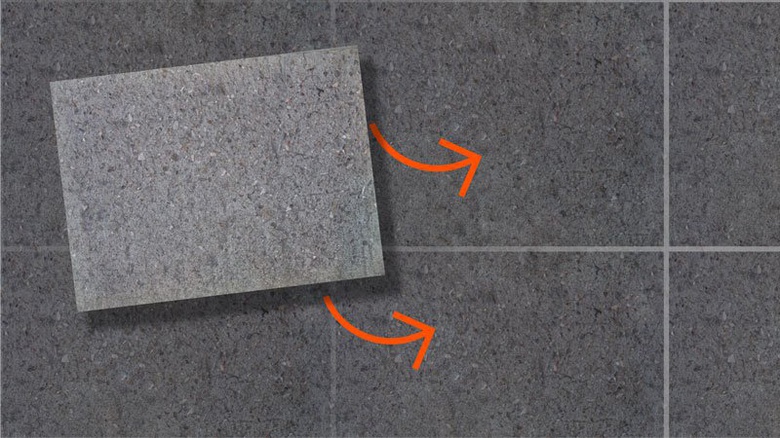 Now that you've been introduced to many of the industry-standard texture maps, you'll be better prepared in your next texturing project. Most of the maps we've looked at so far can be created in a wide range programs. They can be created manually in a program like Photoshop or you can interactively create them in programs such as Mudbox, ZBrush or MARI.

You can dive deeper into texturing by following any of the links for the map you want to learn above. Or, if you'd like to learn more about the different texturing terms, you can do that by following along with the CG101: Texturing.