I have the privilege to show you how I used some of 3D Total's Texture CDs.

First of all, here is the clean model of an old cloister I created in 3D Studio Max 5: 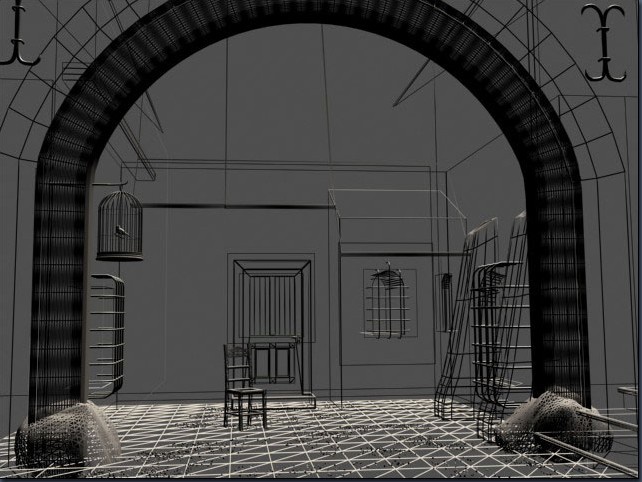 And now, after having tried a lot of different textures, I ended up using the ones you see here.
The light in the scene is adjusted a little so that you can see the textures: 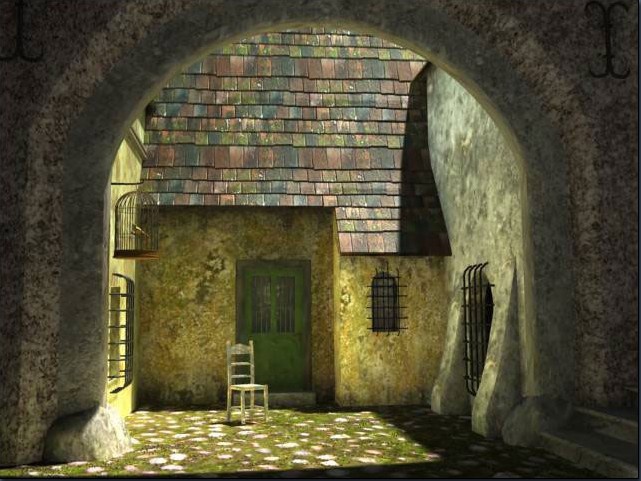 For the roof I used CD v.1/sla_tile/tiles04 + 04b. I darkened the texture in Max' material editor and added some specularity

I used the first map as background, added the next as layer1 and erased gently on this layer to mix with the background.

Then I used colour range selecting the white in the dirt map to get only the dirt. When done I inversed the selection and copied/pasted it. I then got a new transparent layer. To get the dirt on the bottom of the wall too, I rotated the dirt map repeating the above, now having 3 layers.

A little opacity change, merging the layers, and then the result was this:

Floor: CD v.1/ground/cobbl01 + 01b. I used the bump with a VRay displacement-mod and gave it 1,0 amount of displacement to make the bumpeffect

Door: CD v.1/wood/wood04b. I loaded the bump into Photoshop, copied the background and added the green colour on layer1 dropping on opacity. Then merged and saved. Used this map + the bump in Max

And here at last is the result. One target spot, global illumination. Rendered with VRay. The trees were made in OnyxTree and
imported into Max. The cat is a nozzle for Painter, I created it from a photo. Finally I added KPT Equalizer in Photoshop. 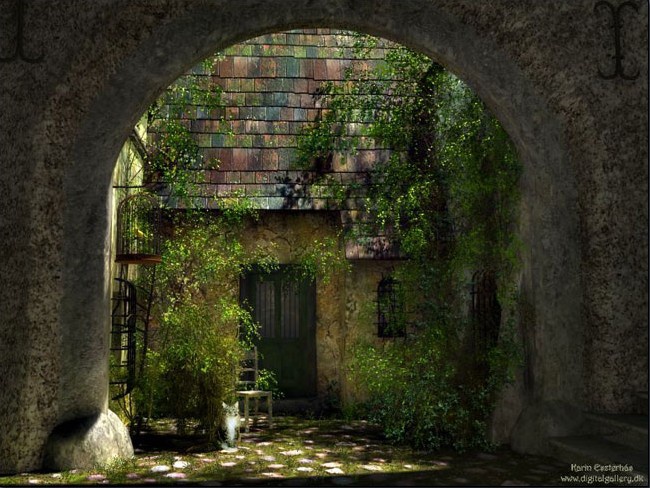 It has been a pleasure working with this excellent series of high quality textures, and I dare say, that with these Total-textures you'll be very well equipped for doing nice pictures.