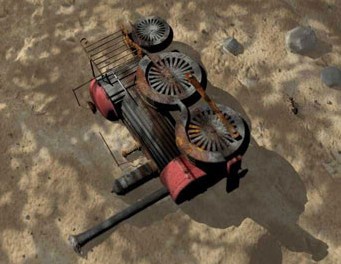 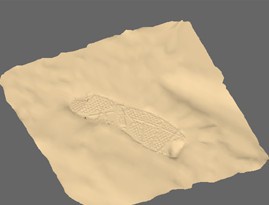 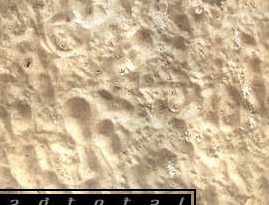 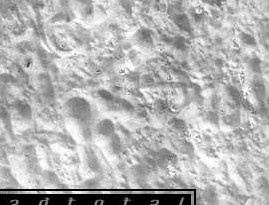 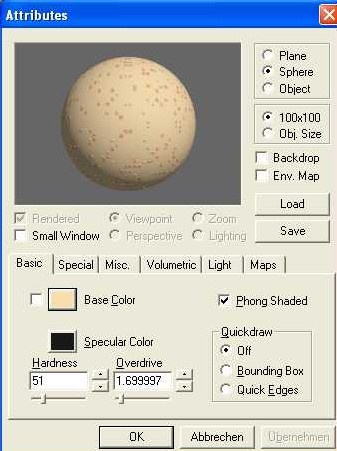 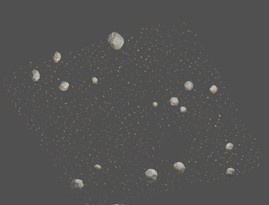 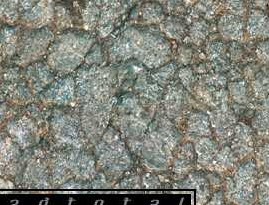 Map for big particles used as color and bump 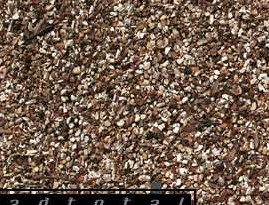 Map for small particles used as color and bump 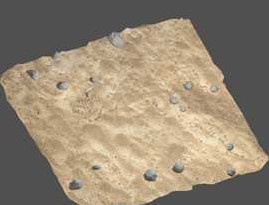 The bigger particles have some additional procedural maps to make them look 'dusty'. The bitmap-texture is mapped spherical around the z-axis. 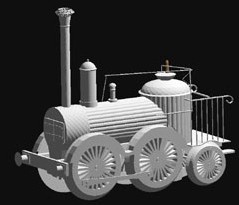 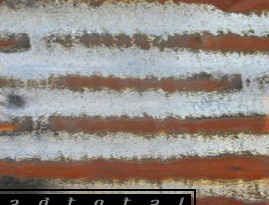 Map for body used as color and bump 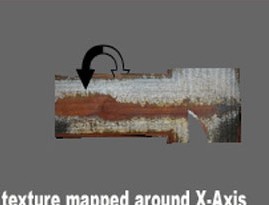 Wrapping the map around body 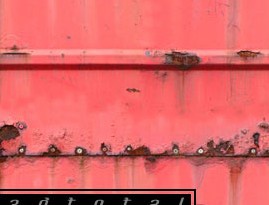 Map for front used as color and bump 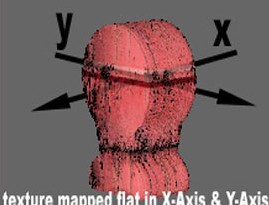 Texture mapping for the front 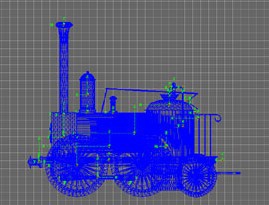 The different parts of the loc where all textured individual 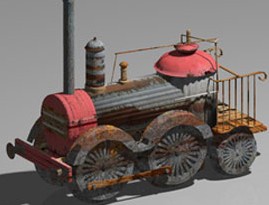 The Locomotive has an extra procedural map too, that gives a dusty look. I used only 2 techniques of mapping of the textures, because its always the same way: look at the geometries of the objects, and decide in which direction and which way the
texture has to be mapped. I used only metal maps for this object from the 3d-total texture Cd's. 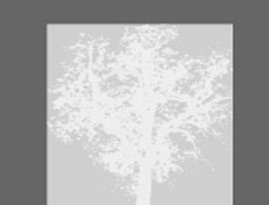 A simple plane with a filter map 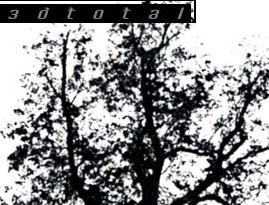 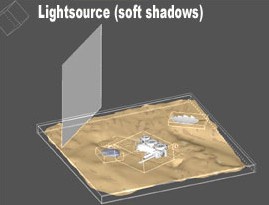 The scene has only 1 light source (the sun) and a smooth ambient light. The Filter map is part of the 3D-Total Textures. 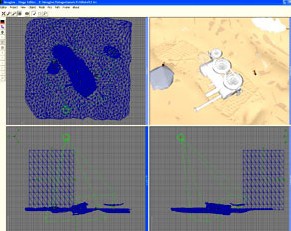 This is the stage setting of the scene in Imagine 3D 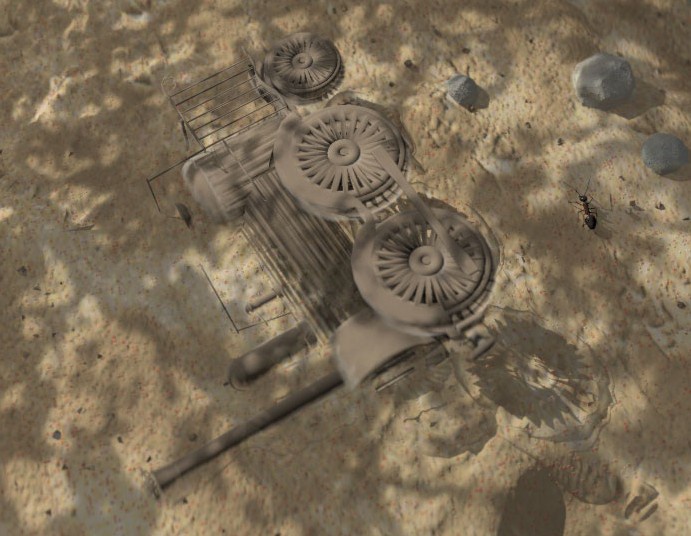 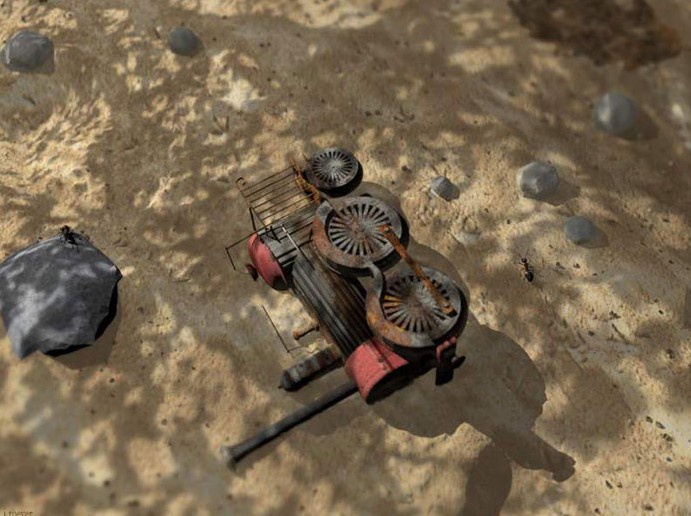 I rendered the scene 2 times, the dirt of the loc, and the loc w/o dirt. Combined it in Photoshop.
Rendered in Imagine 3D in 1024x768 with a soft shadow element count of 45 in 2 hour's.
Normally I use procedural textures only. But I was very impressed with the wide possibilities of the Total Textures Pack.