CG artist Aneesh Chandra takes us through the ZBrush and Blender workflow for his project, “Superman HereAfter”…

I used to watch this show a lot. Watching this episode “Here After” I really like this concept of Superman alone on earth and struggling for survival. His cave-man look impressed me a lot and I wanted to render that in 3D. I will cover the creation process as follows:- 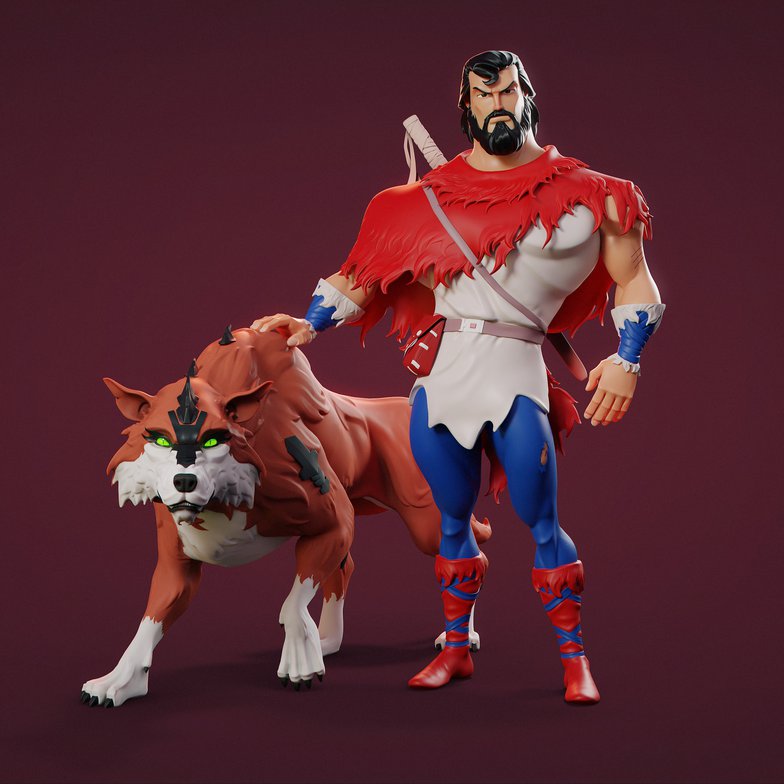 As it’s a character from an episode of “Justice League,” I collected many references from the episode itself by taking screenshots. I also used some image references of Superman from the animated series which I found on Google. 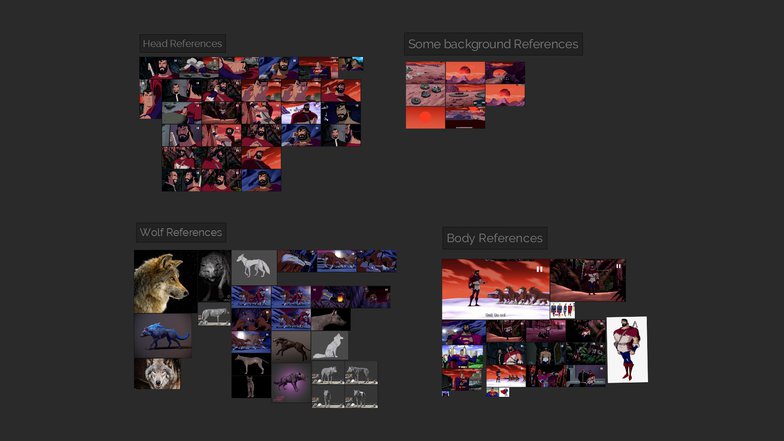 Sketching the basic model in ZBrush

I started working in ZBrush where I added a sphere, dynameshed, it and started sculpting the head using my references. Then I kept on increasing the resolution of the dynamesh as I need more topology to refine the sculpt. I masked the beard and hair area then extracted it out and dynameshed it as well, to sculpt on it. 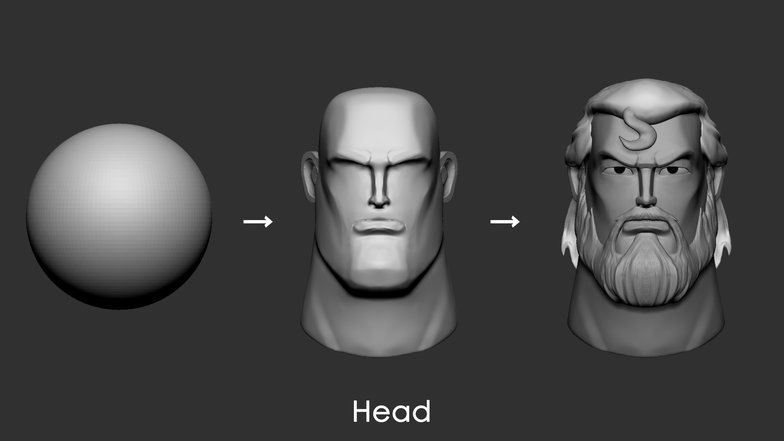 Once I was satisfied with the head and hair part, I added another sphere for the torso and refined it as well with higher resolution of dynamesh. With the same technique I added spheres for his legs and arms and dynameshed it as well for the further sculpting. Using the same masking and extraction technique I made his cloths, boots, armguard, and so on. 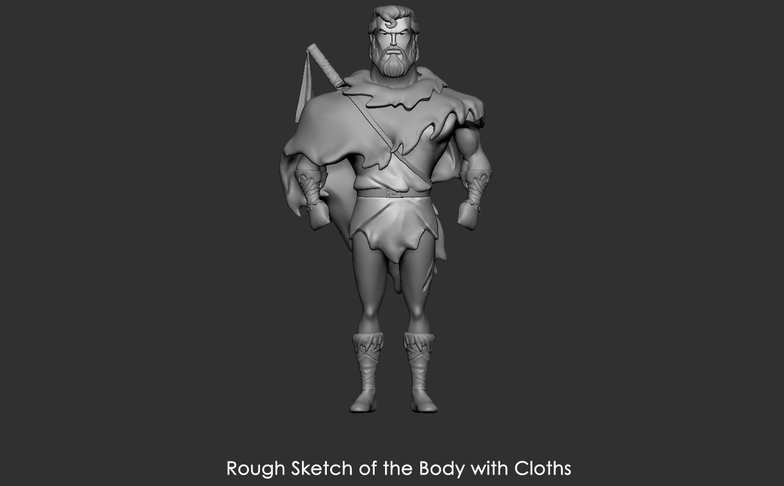 For the belts, l used IMM curve brush with strap selection in ZBrush. For the sword and sword bag I edited the primitive shapes with 3D gizmos like scaling the cylinder to make the sword bag and then positioned them accordingly.

Refining the sculpt for stylization

When I was satisfied with the basic model, I moved to my next step which is to refine the model; like making plane surfaces where it needs it, or making stylized crease lines (which is my favorite part). Also refining the parts like nails and some other models like his bag, belt buckle, and so on, and then giving some color representation in materials to see how the character looks. 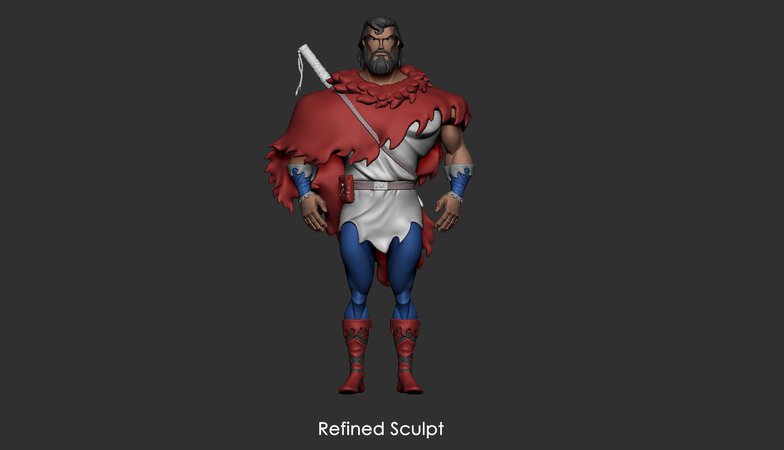 Retopology, UVs, and sculpting the details

I used Blender for retopology. I did not retopologize the whole model, I did that only on his body parts, including head, torso, and arms, and then also made UVs as well. The model wasn't intended for animation so I didn't worry too much. 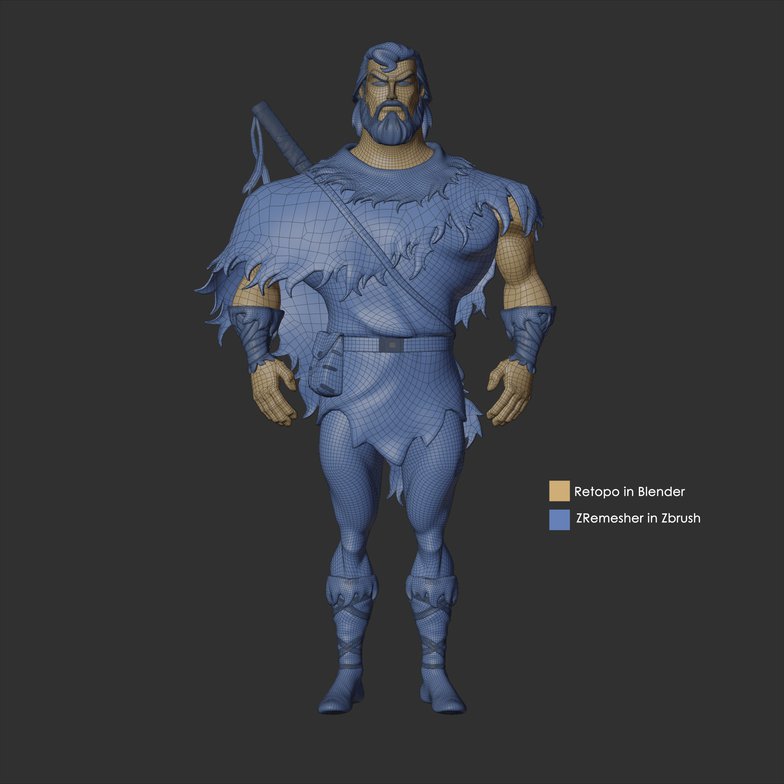 With the remaining parts I used ZBrush’s in-built feature called ZRemesher. I set up some guidelines with ZremesherGuide brush and remeshed it, and made the UVs with different methods like with polygroups, or with the UV paint feature in ZBrush, or another one which is to bring the model into Blender and then make the UVs

Then I brought all the parts with UVs into ZBrush for final and detailed sculpting like making stylized crease lines and plane surfaces, and for the fur details, I had used a fur brush pack by “Jarred Everson’s Fur Brush Pack”.

The main texture for me in this model is to get the displacement and normal maps of all the pieces which I baked from ZBrush. I will use these maps later on in Blender to see those stylized creases in the geometry.

A note here; when you bake your displacement map for the model make sure you are baking it on the lowest subdivision so that in Blender you can import the low-poly mesh and apply those displacement maps with subdivisions. I had painted his Body Colormap, roughness in Substance Painter, and the rest of the parts have the color values in the materials. 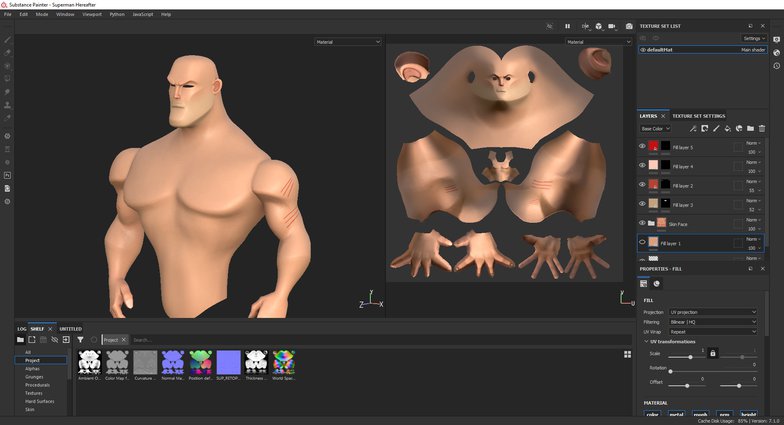 Making of the wolf

I sculpted the wolf same as before in ZBrush. First I sculpted his basic body then refined it with higher resolution in dynamesh. Then I remeshed it with ZRemesher and made UVs in Blender. Then I brought it back into ZBrush for high resolution sculpting like sculpting his fur with the same fur brush which I had mentioned earlier. For this model, I painted the colormap in ZBrush with polypaint. Then baked the displacement and color map in 4K textures.

Now all retopology, UVs, and texturing was done, I brought all the models to Blender for posing. For posing Superman, I used Blender’s meta-rig human preset and for the wolf, I used its wolf preset. The pose was not from the episode itself, it was my own imagination that Superman is standing in a relaxed pose with the wolf and his one hand is on his fur. Note: when posing any character try to see its silhouette also. See if it has a readable silhouette. 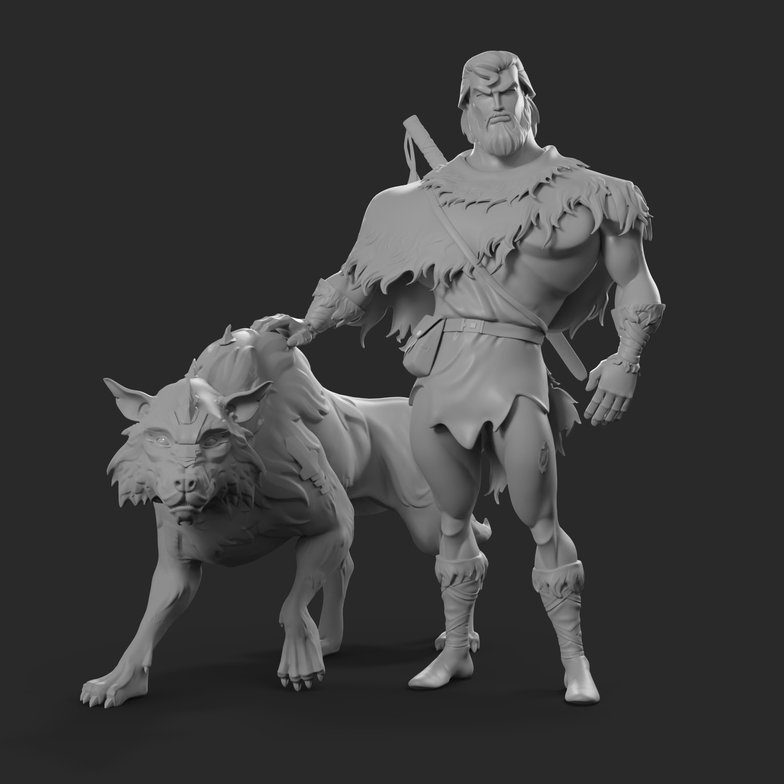 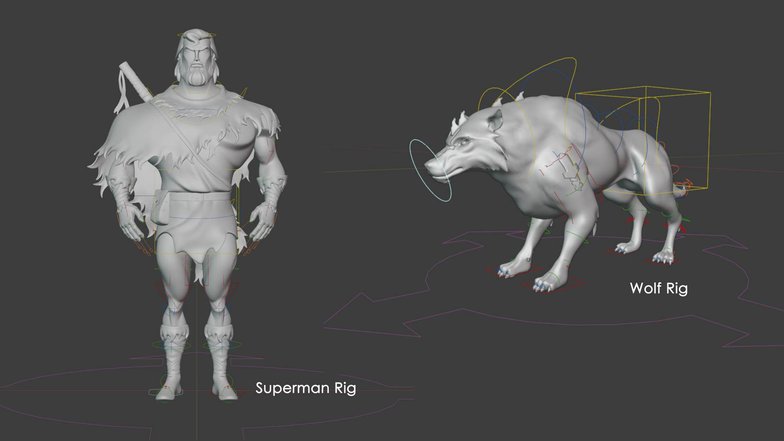 For all models, I used displacement map in their Materials with Subdivisions. To do this, go to your material properties, go under settings and set the surface type to Displacement and Bump. It will displace your mesh geometry according to the displacement map in the render mode. Then I also added the color map and roughness of the models in their respective materials. For the body mesh (head, torso, and arms) I used a small amount of subsurface also.

For SSS of Skin “Random walk” is better.

I used 3-point lighting for this scene and also an HDRI with a very small amount of intensity. 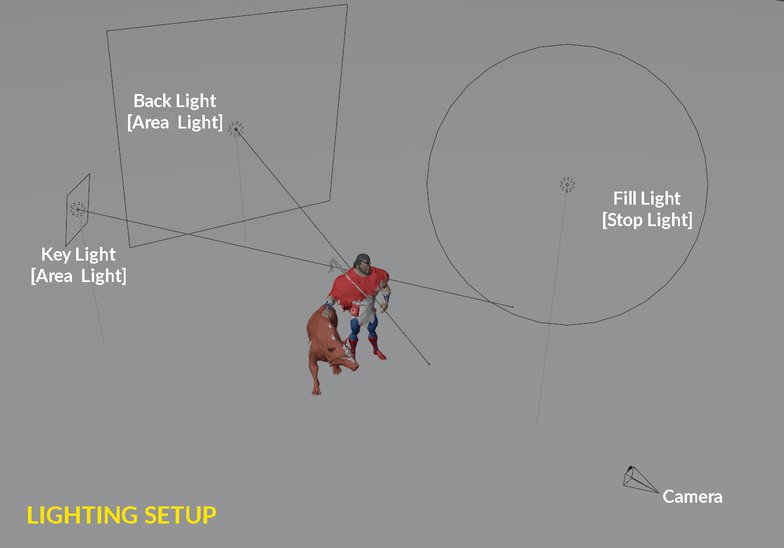 I rendered the output with transparency in Blender so that I could add backgrounds later. I used After Effects for the compositing and image finalizations. I gave it a deep magenta color with gradient for his background, and finalized the image with some effects like chromatic aberration, sharpness, grain, and a very small amount of glow. 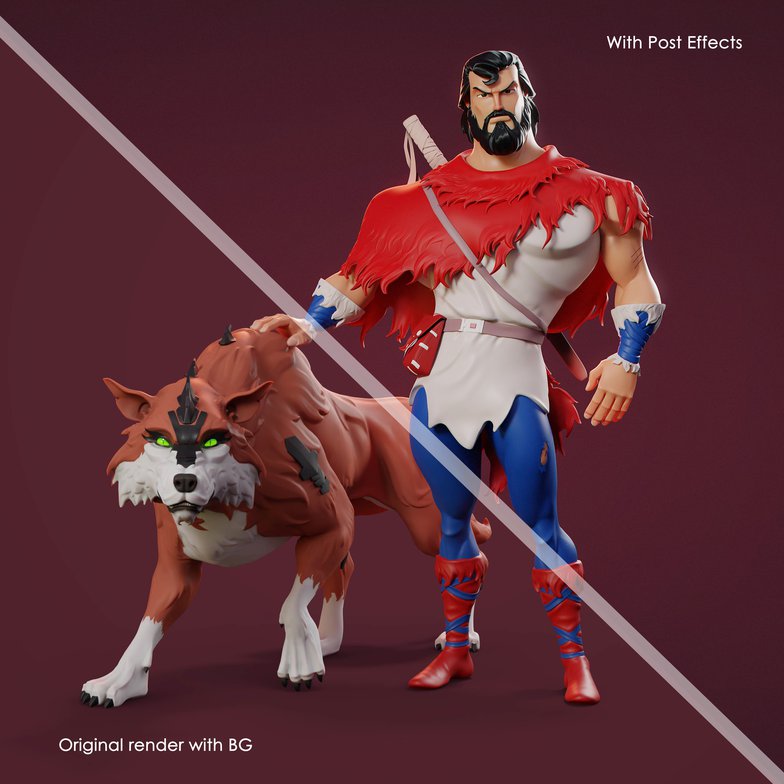