Setting up a Background Image

Setting up a camera to match a photograph in 3D space can be a daunting task for anyone if you don't know how to go about it correctly. In this tutorial I will demonstrate a real simple way of matching a camera in 3D studio max to a photograph background for easy compositing.

For this tutorial I am going to demonstrate the process on a simple 1 point perspective image so that it is easier for first timers to follow but generally the rules apply to all forms of perspective. 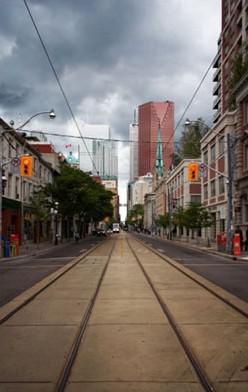 First of all create a new file in Photoshop, the size isn't too important (I have a 2000x2000 template that I use whenever I need to).

Then create 3 horizontal guide lines (top, dead centre, and bottom), and Shift drag your background image into the Photoshop file so that it sits dead centre.

Fig 2: The set-up file with guides 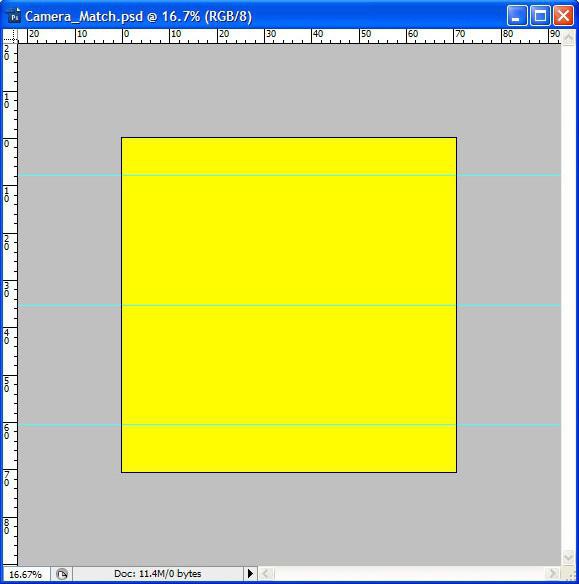 Fig 3a & b: Adjusting the guides and image 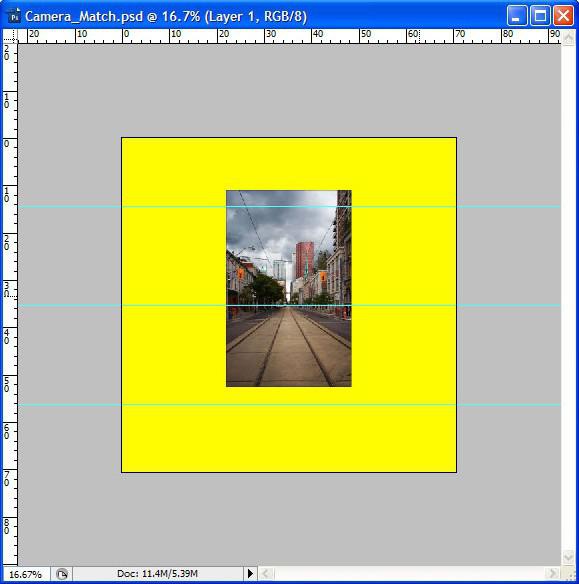 Now you need to shift and drag your back ground image up or down so that the horizon/eye level runs along the centre guide line. 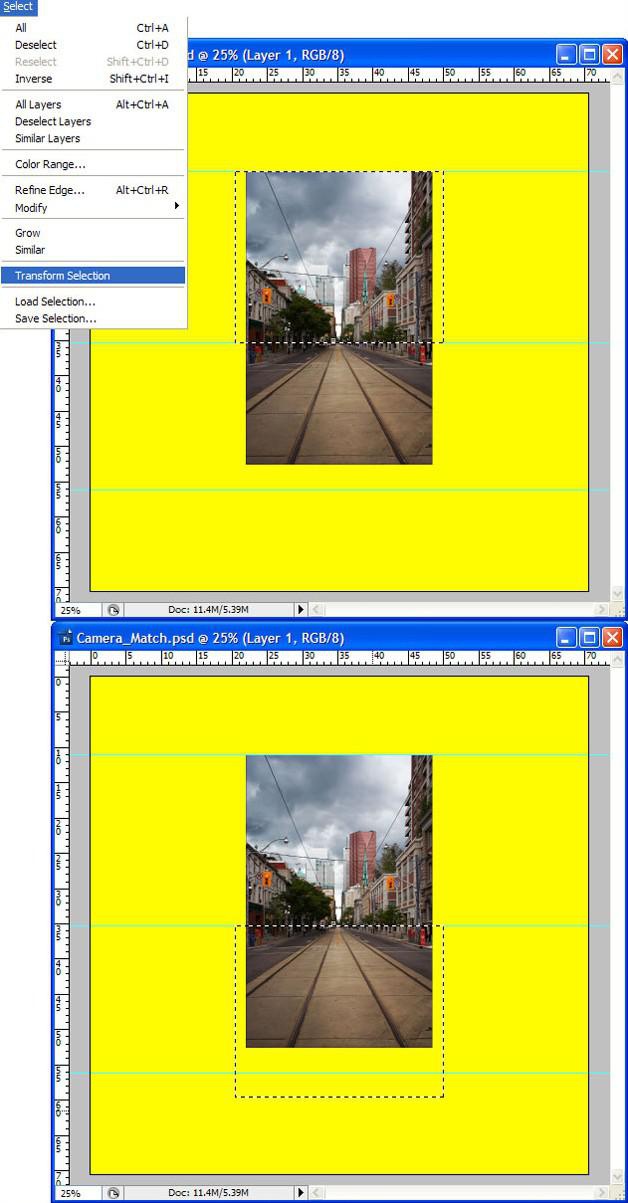 Once again adjust the top or bottom guide to snap to the edge of the selection that is furthest away from the middle guide.

The Photo now has the horizon/eye level set right in the middle of the image.

Finally all that is left to do in Photoshop is to crop the whole image to the top and bottom guides and the edges of the photo. It is also worthwhile typing in the image dimensions somewhere on the image for later reference. And save the file.

Fig 5: Cropping the image to size (with image size in bottom corner) 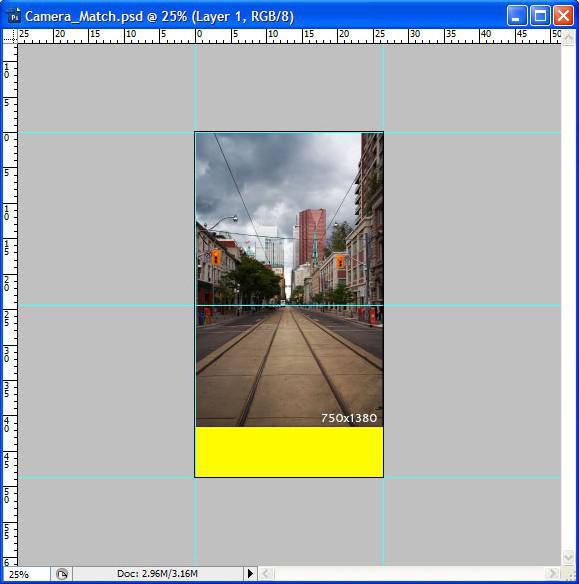 Part 2: setting up the scene

Now comes the straight forward bit, open up a new scene and create a "Target Camera" and position it at 0,0,0 so that it is dead centre of the 3D space

Open up the viewport configuration window (Alt+B) and set the "Background Source File" to your newly saved image and use the settings shown. 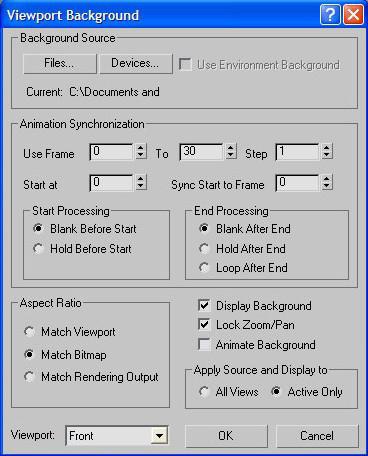 Open the render settings window (F10) and set the output size of the render to the same size as your background image (remember you typed the image dimensions on to your image for reference). And select "Show safe frame" from the viewport drop down menu. 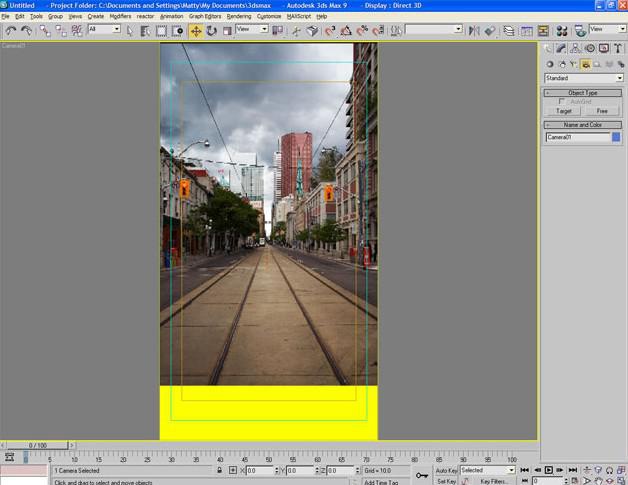 And that's it your background image and scene is all set so that the camera is the same height as the camera was when the photo was taken and is now ready for use, simply import your model/models into the scene and move into position

You don't need to move/adjust the camera, as that is set up as already. The only things you may need to adjust is the vertical positioning of the cameras target (for cases where you have a 3 point perspective) or the positioning of the model itself into the correct place.

Fig 9-11: a simple box in the 3d max scene rendered with a matte shadow plane underneath, any object/scene can be easily imported in and will be aligned to the background 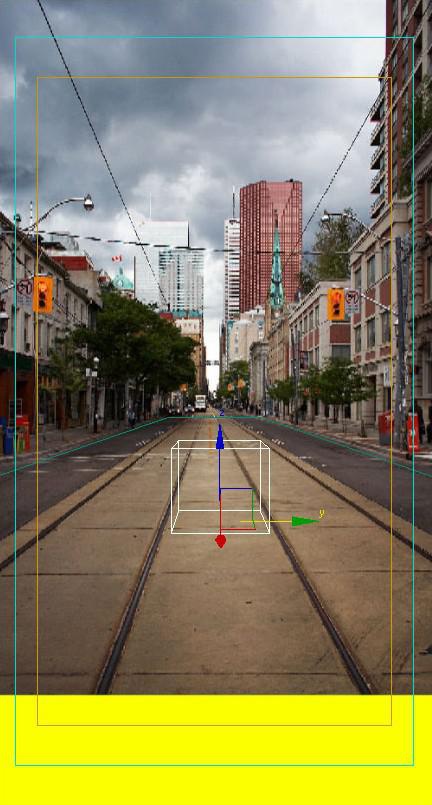 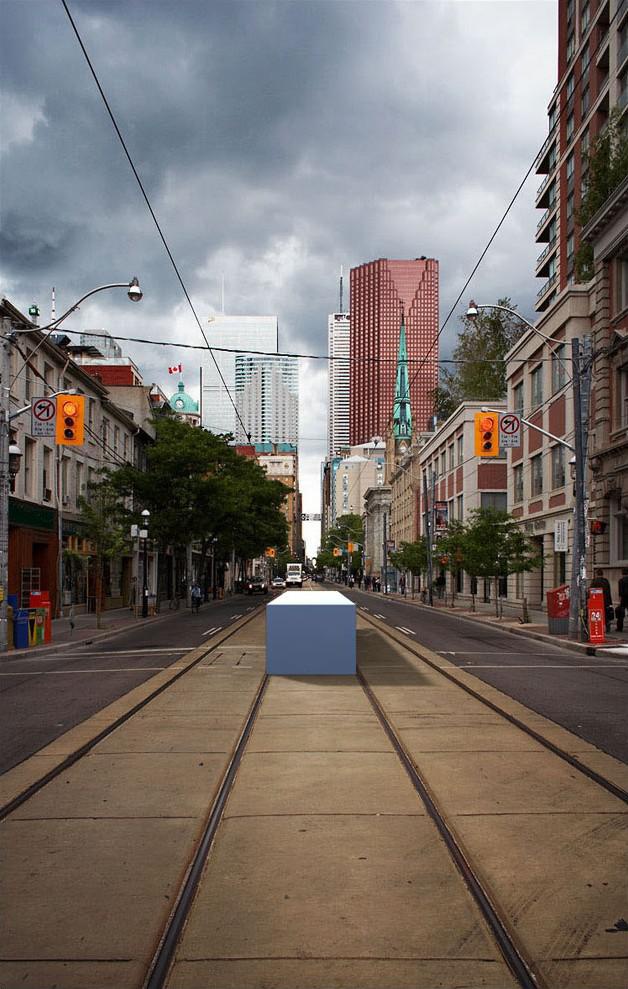 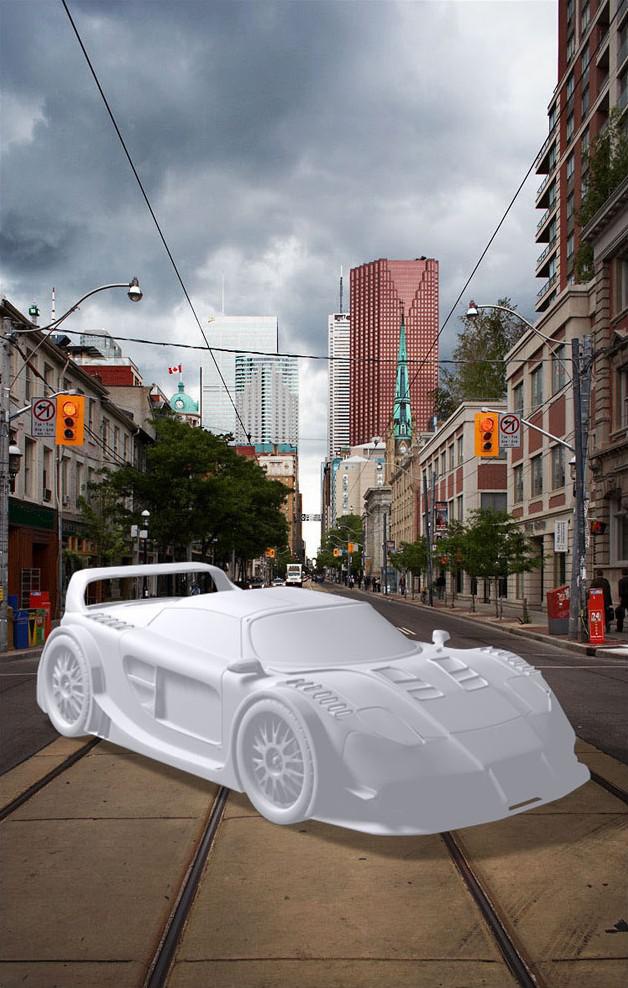