Hello world, I am Khaled Ibrahim, a 3D character artist in Egypt. In the following making of I will show you how I created my latest project “Count Olaf” which is based on the Netflix series “A Series of Unfortunate Events.”

I collected many images from the internet as well as screenshots from the Netflix series to get the feel of the character, and the likeness. I also used this info to color grade the final images. I used the handy software PureRef to view my references in tiles, where anytime I could zoom in to see details.

I started in ZBrush by blocking the main forms of the head. I focused on the face because it was the focal point and since the character would be wearing a suit, I made the body in 2 different meshes so I could keep the polycount more manageable during sculpting. The model started from dynamesh sphere and I retopologized the mesh.

After I established the main forms, I started sculpting more detailed forms, and fixing bigger forms from time to time again. It was a back and forth process that helped me get the anatomy, and forms better, than I posed the model by masking and rotating the body parts inside ZBrush. After the pose everything was sculpted without symmetry. The whole process was very challenging and one of the hardest things was to give the impression of evil that defines Olaf.

After I was satisfied with the result, I entered ZBrush HD Geometry to work in an even higher polycount so I could add pores. The head was about 110 million verts. The skin detail was manually sculpted with alphas in ZBrush. I first started with a layer of skin pores then sculpting and imperfections on top, applying Kris Costa’s workflow. All those details were organized by layers, and I created the eyes as separate geo: cornea, iris, pupil, and caruncle. Simultaneously I started hand painting the model in Substance Painter to get the diffuse maps. All this time I would export the model from time to time to see how it would look in the render result inside Maya, using Arnold. 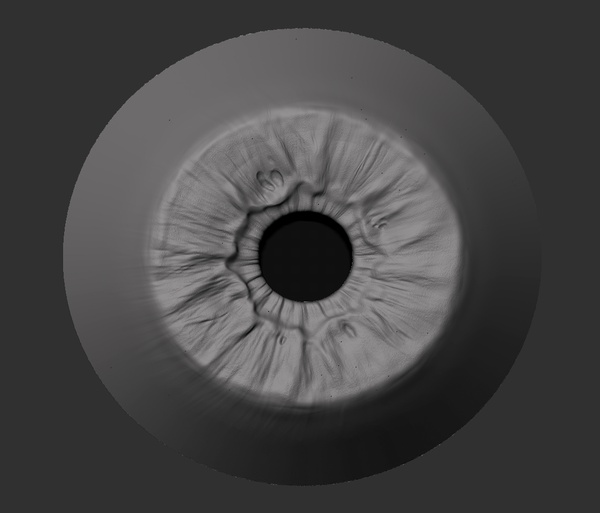 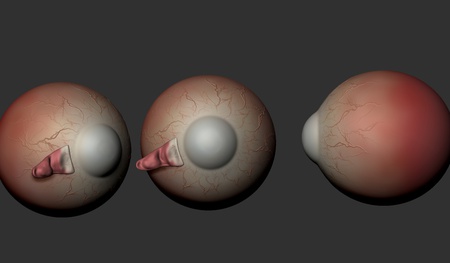 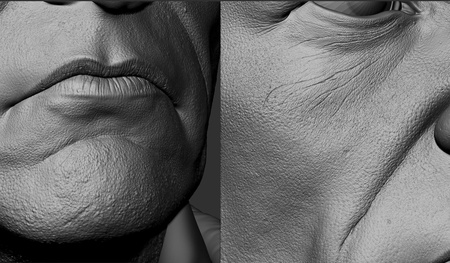 Getting closer to the end even though I continued moving around forms to correct things. I kept adding even more details to the base color, started my base color with red, yellow, and blue too so the color wouldn’t look flat, then added more color details layer by layer. I added extra displacement details to be combined in the render later, as the render would show me where and what needed an improvement, and added the cloth textures. 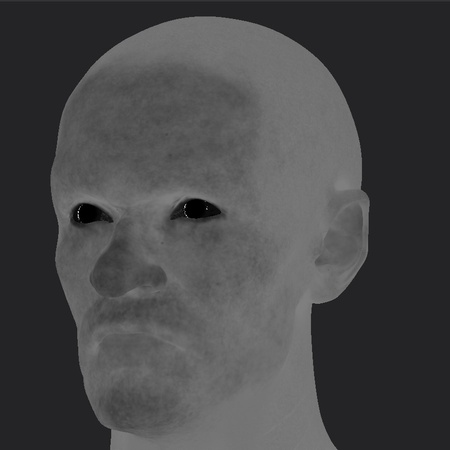 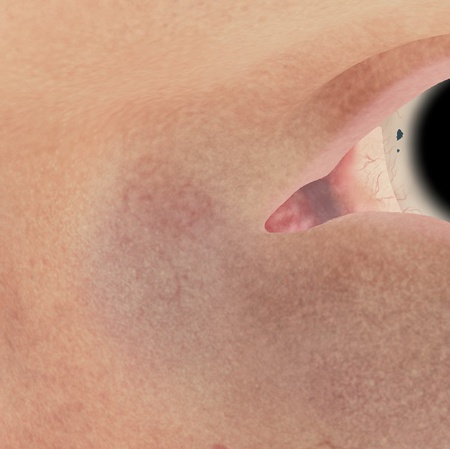 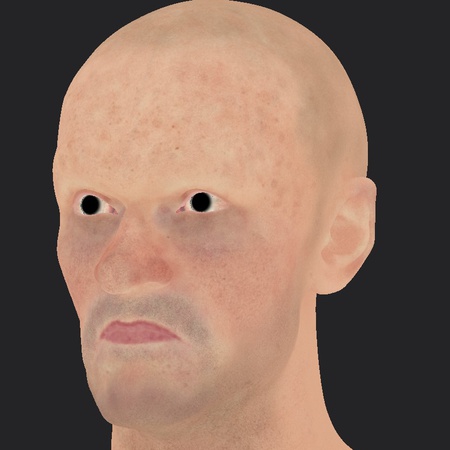 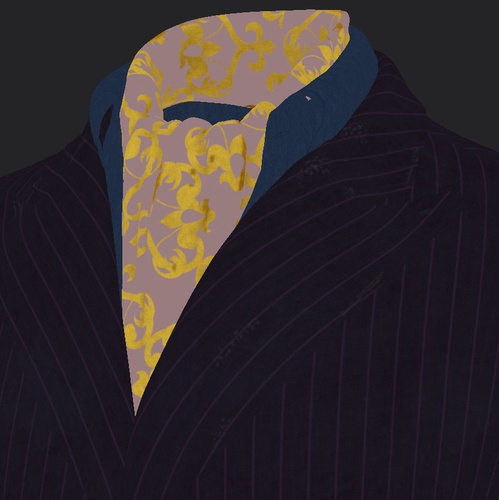 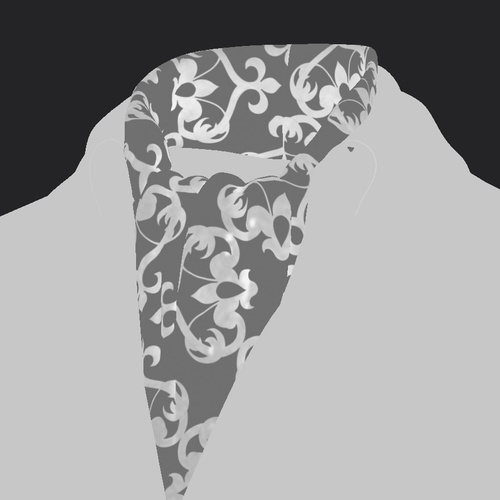 The hair for Count Olaf was done using XGen. I sculpted the hair base to get the feel of the hairstyle. I separated the hair into multiple descriptions so it was easier to groom and control. After that I painted density and region maps to have further control over the look. To wrap things up I added some modifiers like clump, cut, noise, and coil, After the hair was done, I added his long eyebrows and eyelashes, as well as tiny facial hairs for peach fuzz. 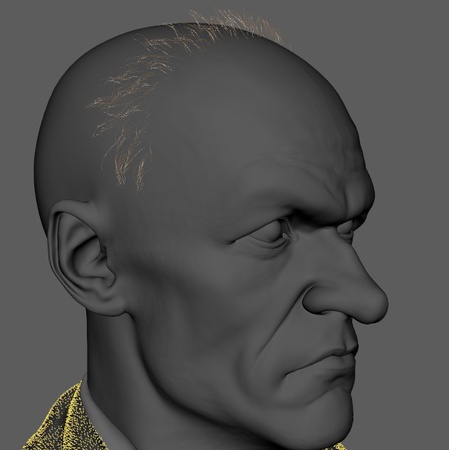 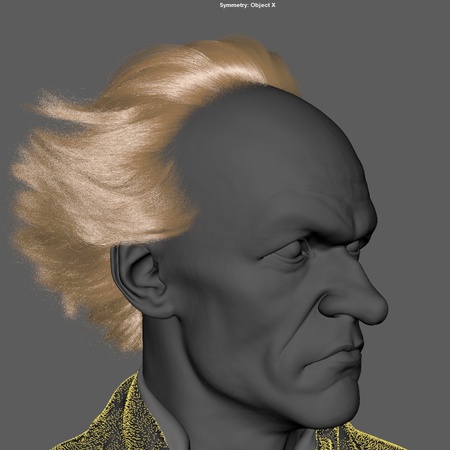 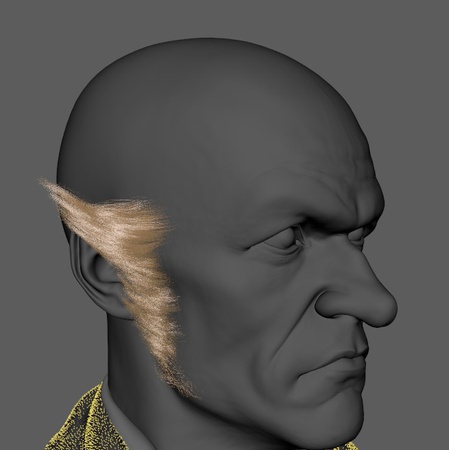 The scarf was blocked inside Marvelous Designer, then I took it back to ZBrush to refine it. The suit and shirt was modeled and sculpted manually. The final cloth details were made in ZBrush.

The lighting and rendering was done using Arnold for Maya, I used a total of five lights for this scene. I started with a simple 3-point light and added extra light for hair highlights and one for a backdrop, and I did some renders with HDRI Light to test the character with different light environments. 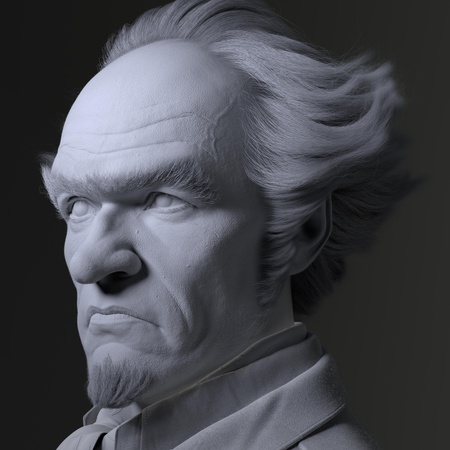 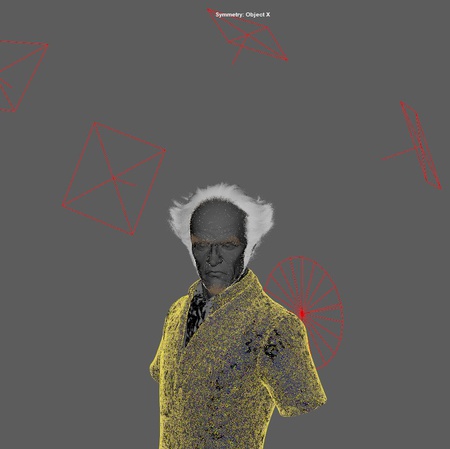 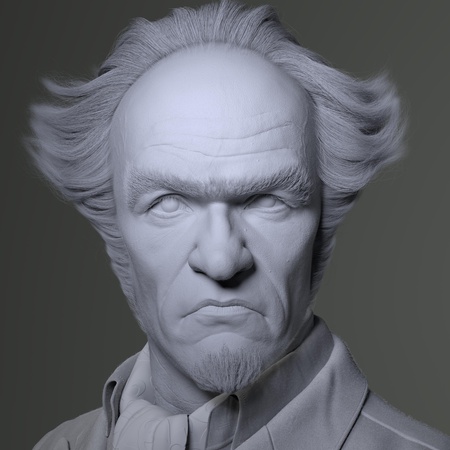 I used aiStandard with Subsurface Scatter and for the head. I used ai composite to add cellnoise as a MicroDisplacment to add more complexity to the skin shader, and added Specular breaks. I used to make my roughness map higher than usual and lower it with displacement details and cellnoise breaks, and for cloth fabric I used height maps from Substance Painter displacement with MultiplyDivide to control the height value. I used no specular for the cloth fabrics shader, just diffuse and sheen.

Inside Photoshop I composited the rendered passes. Then I color corrected the images, and color graded based on the original movie color grading to get close to the same feel. On top of it I added some post effects (lens effects, camera blur, and so on) to enhance the realism of the final render. 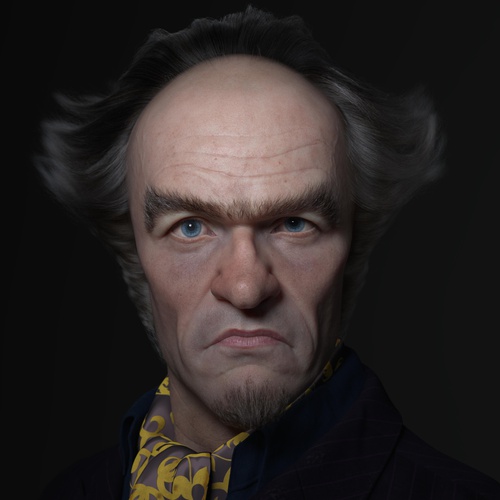 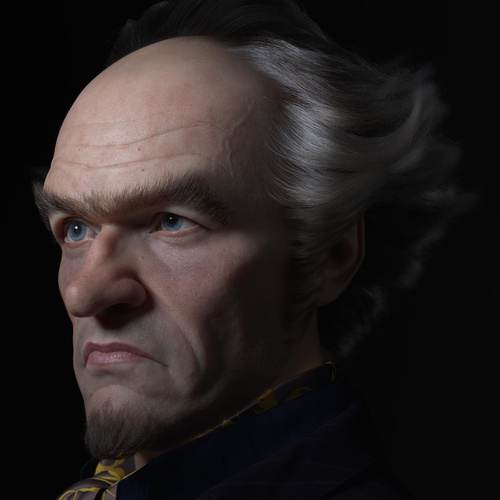