Sculpt Mario and Yoshi in ZBrush 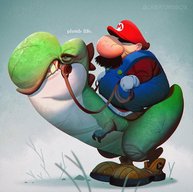 In this tutorial I will show how to create the Mario and Yoshi image. I really like Creaturebox concept art, and I also like Nintendo characters, so when I saw this concept art I really wanted to see how it would transfer into 3D. I will explain how I make the model, texture it, and groom it with the Yeti plugin, before the final render in Arnold.

ZBrush is a really intuitive software, so always start sketching the model in there. I start by blocking the basic shapes with modified spheres and cylinders; in this way you can check the proportions before you start sculpting the fine details. I like to make the more organic forms in ZBrush and the more inorganic in Maya (usually the assets that accompany the character, like shoes, ropes weapons, and so on). Then I use the Dynamesh tool and start refining the model. 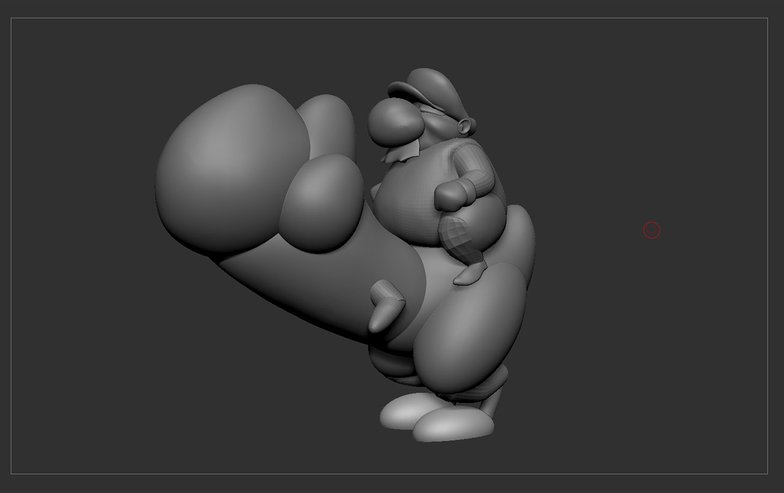 Making pants and assets in Maya

I have some problems trying to model the pants of Mario in ZBrush and controlling the amount of geometry that it has, so I decide to do that in Maya. I also make Yoshi´s shoes there, since I have more control over the geometry. 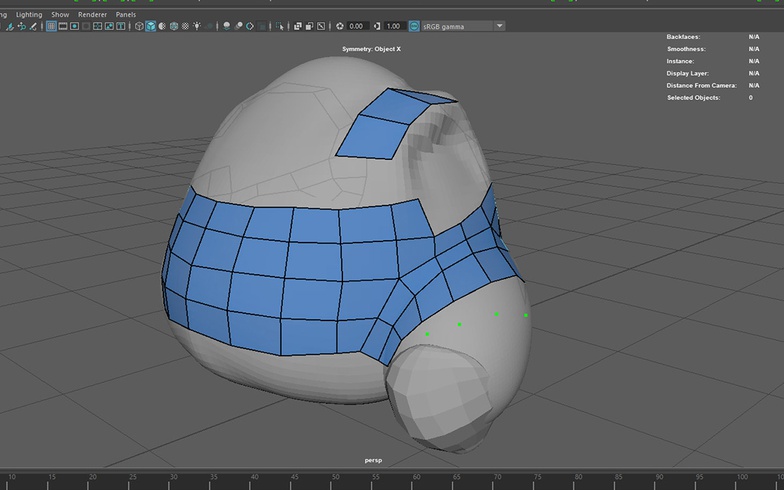 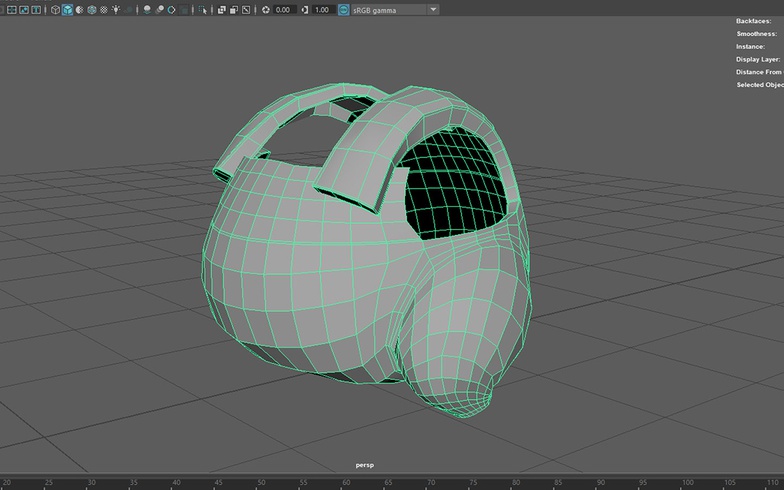 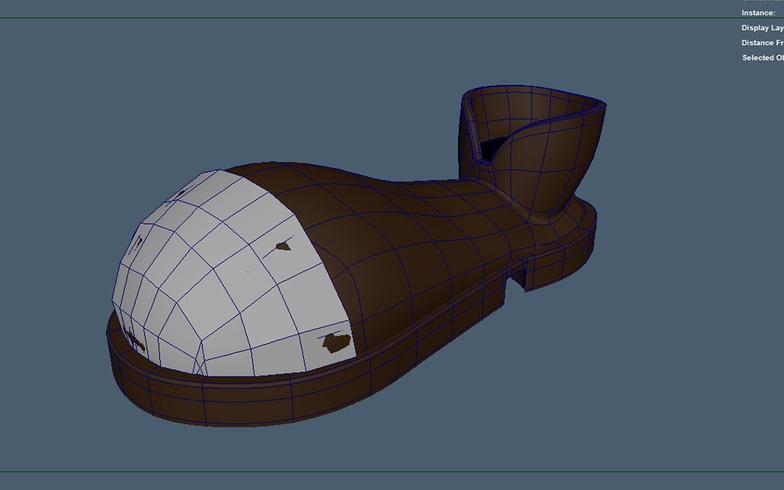 After I have everything modeled, I use Dynamesh on Yoshi´s body and then I use Zremesher to optimize the polygon count. I do the same on Mario’s face. I use the UVmaster to make the UVS, and then I refine the model further and sculpt the finer details. 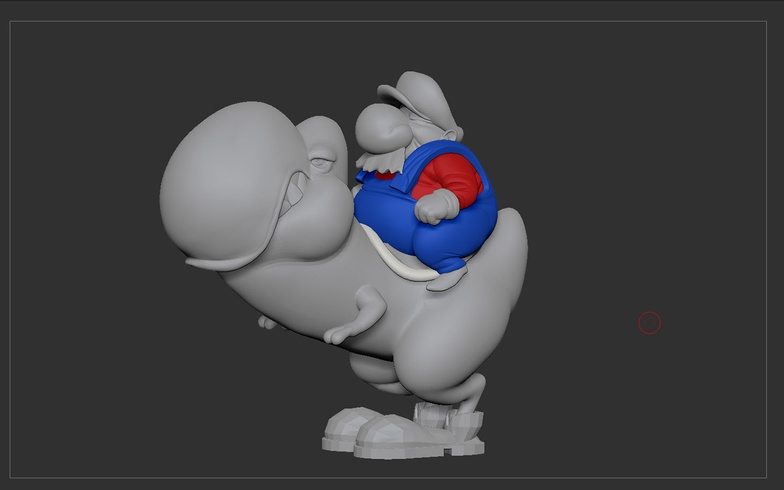 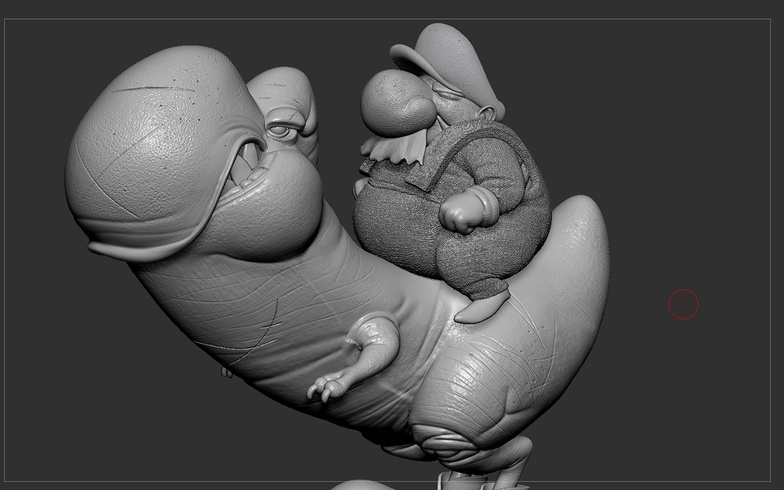 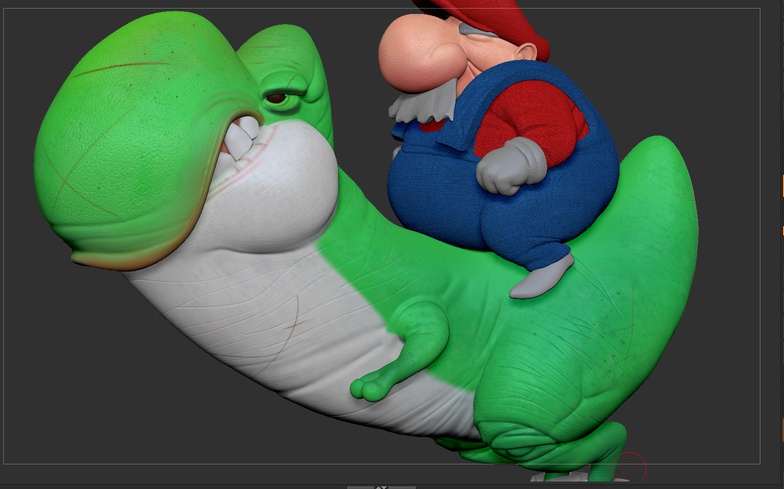 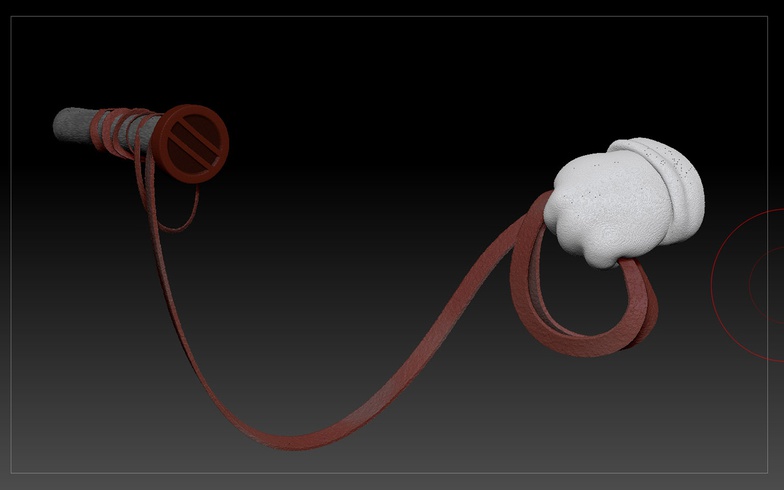 After all the work in ZBrush I like to use Maya´s Arnold renderer to make the final image, so in order to do that you need to export displacement maps and textures or Maya wouldn´t be able to handle all the geometry that is used in ZBrush. 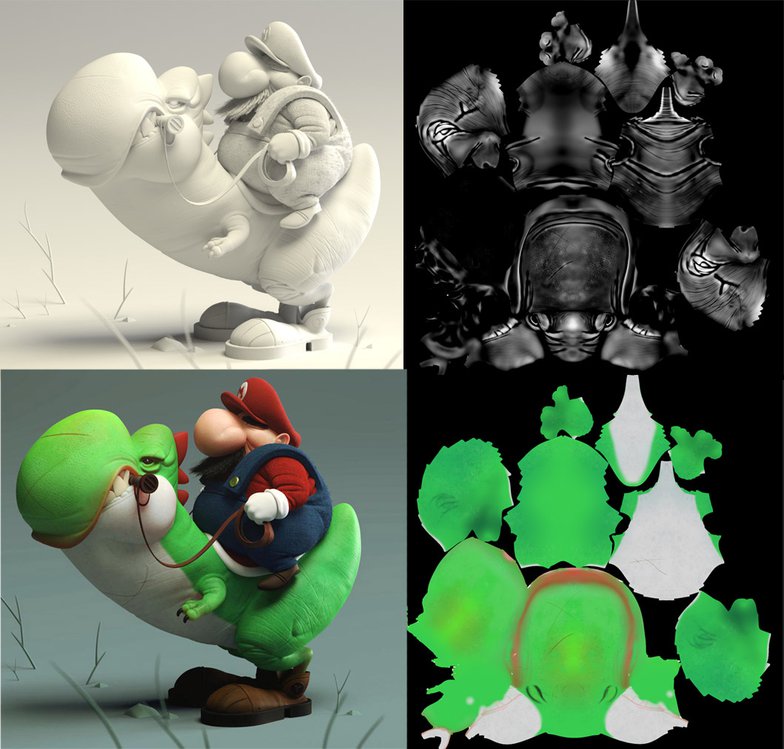 With all the textures from Zbrush, I start playing with the AiStandard surface shader from the Arnold renderer until I land on the desired look for the character. I use the Yeti plugin for the moustache, eyebrows, and pants grooming. For the lighting I try to use as few lights as possible so I have more control on how the final render looks. 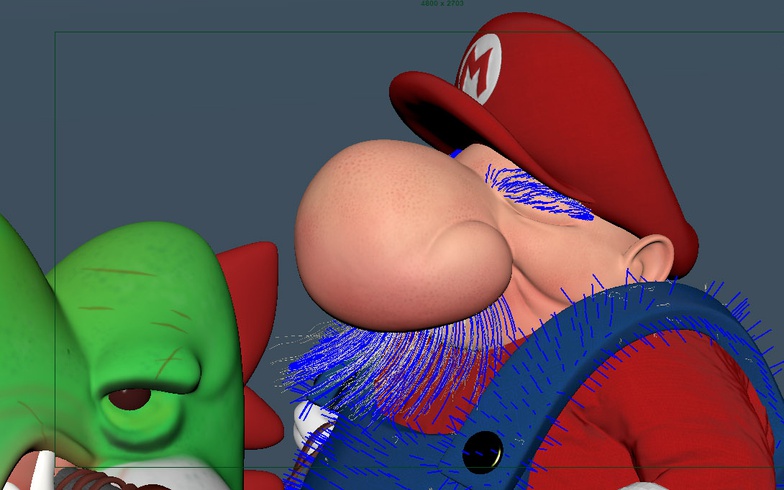 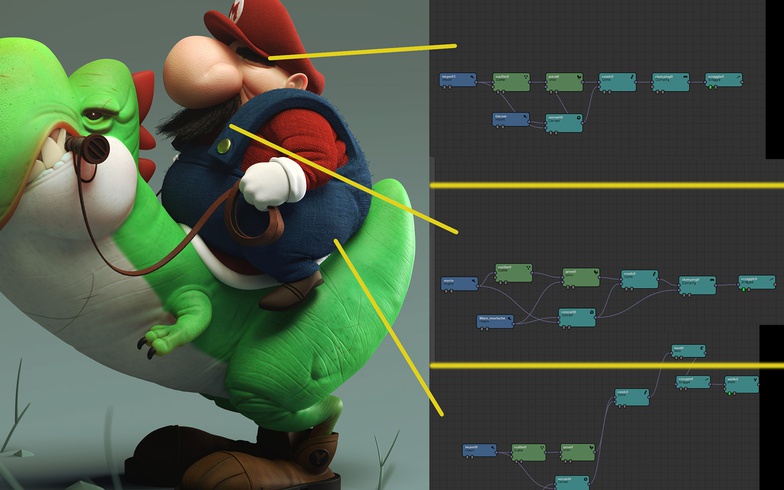 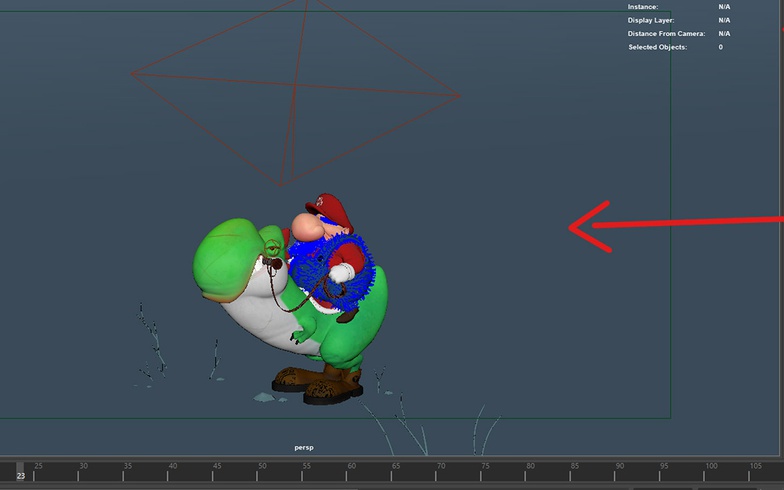 For the final render I use a little volumetric light – I think it adds more depth to the image. I also make some rocks and branches like in the concept art so that Mario and Yoshi don’t look so lonely. I also add DOF to the camera and then create the render. After that I make some color corrections and use some overlay layers in Photoshop to add more refinement to the image. 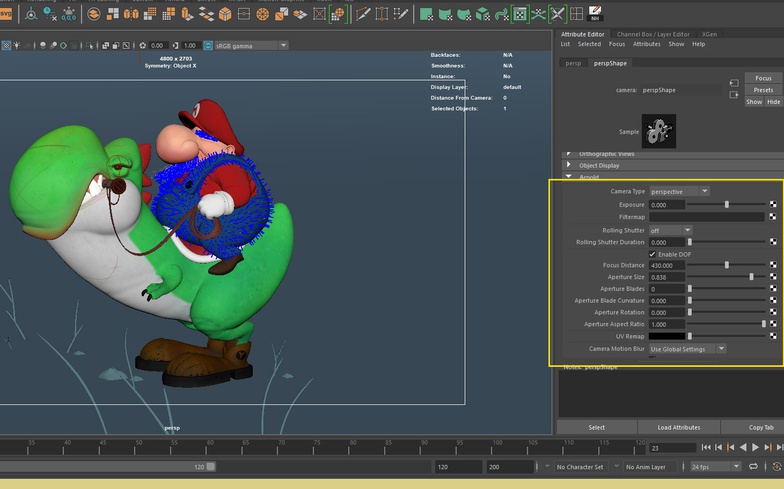 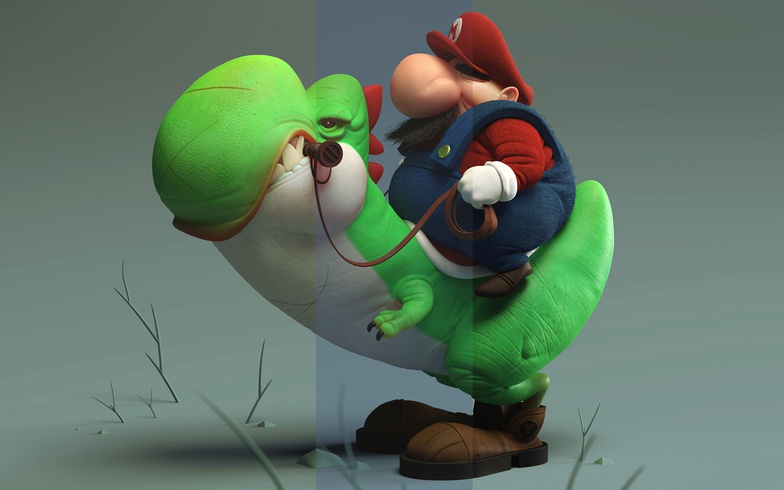 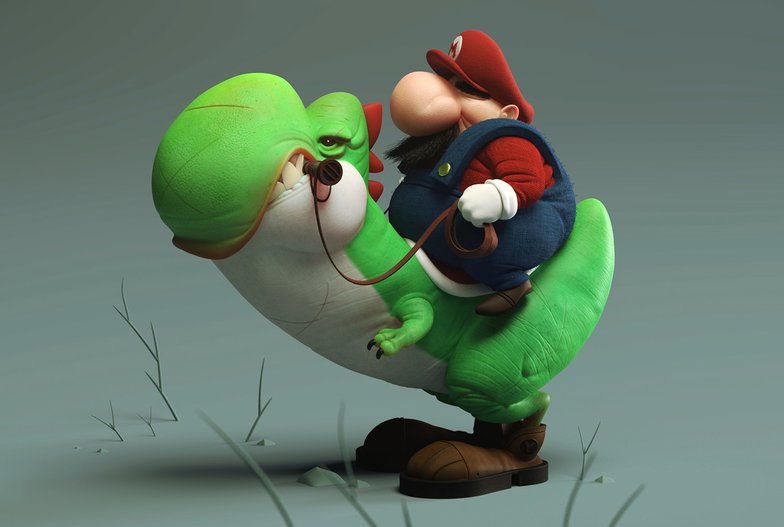