Hello, my name is Nicolò Granese and I'm a junior character artist, currently studying at Think Tank Training Centre. In this making of I'm going to take you through the process that I used to create my final submission for the Intermediate term. The main goal of this project for me was to create a character from scratch, trying to focus on the organic modeling and skin shading. The concept is a real photo of a USMC Soldier taken by Louie Palu.

I started collecting pictures of soldiers, equipment, clothing, and different human faces. The main goal of the project wasn’t to create a likeness, but to be able to make the subject as photorealistic as possible. So I started to put everything together, extending the face up to a half-boy with a tactical vest and a combat sweatshirt. I always include some images that can be useful to make the model as anatomically correct as possible.

Starting form a sphere in ZBrush, I started to blockout the head, initially at a very low-level of resolution to mark the general shapes and then, cranking up gradually the resolution of Dynamesh, I sculpted the nose, the mouth, the eyes, and the ears. The most difficult part was the sculpting of the mouth, it’s crucial to look at the model from all angles and not to focus on just one view. By doing that, you will have a more complete view of the model, making shapes and volumes more accurate. Even on the eyes, I spent a lot of time on getting the right shapes, trying to give him a lived soul. In the end, I did the retopology inside Maya following a well retopologized head to place the edge loops in the right spot. 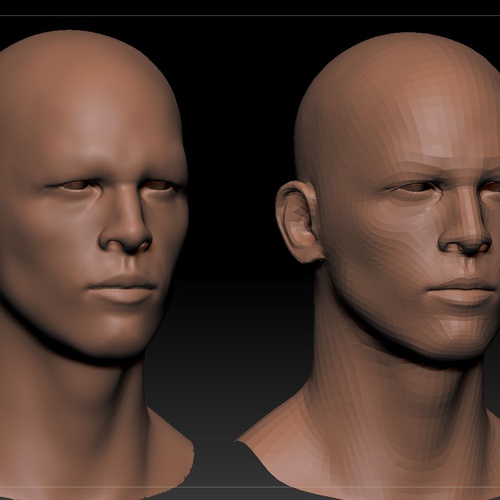 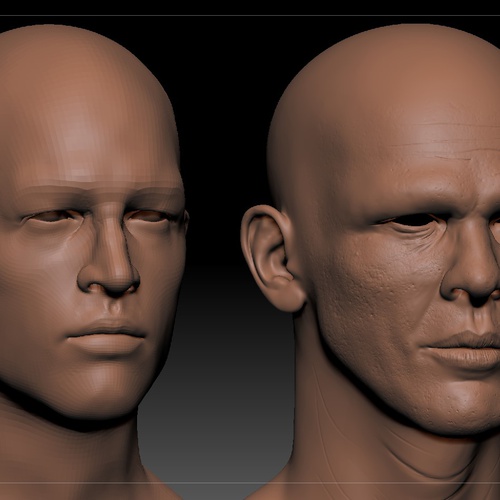 For the tactical vest and the helmet, I started from basic shapes in Maya, modeling the different base meshes that would then be used in ZBrush to add the details. Most of the objects are basic cubes modified as needed, like the pockets, for example. For the magazines I used some references (all views: side, front, top, and bottom) and I modeled them following the shapes of the photos, always trying to keep the shapes as simple as possible. Once the low-poly modeling was finished, I modified the base mesh through the soft selection to fit the shape on the character’s body. 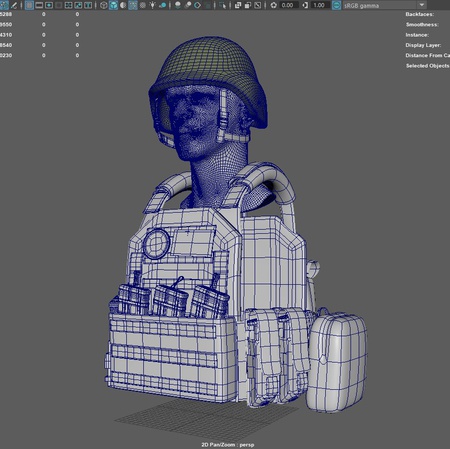 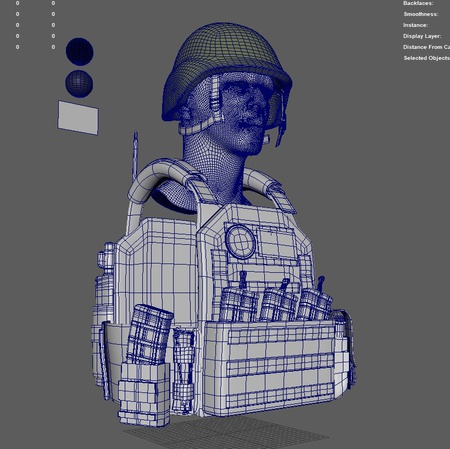 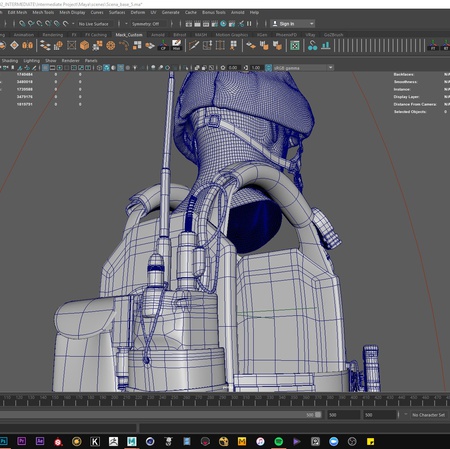 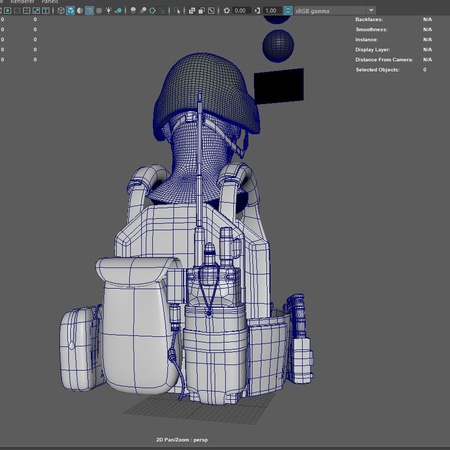 The UVs were done in Maya: I love Maya’s tools and I think that they are very quick and efficient, especially because the UV Toolkit is very easy to use. For this character, I separated the UVs in UDIMs to have a higher texture resolution.

I imported the model to Mari and I started to project the texture I purchased on Texturing.xyz (Diffuse and Displacement). It’s pretty easy; it only needs a bit of attention to details and mostly to be careful to not distort the projection. Once I finished the projection I started to modify the diffuse map, adding small details like veins, dirt, and several tonality of color in different parts of the skin. I used a lot of procedurals from Mari, especially the cloud noise, to generate a little bit of variation inside the skin tone.

To finish the diffuse map, I projected the displacement on the model, being careful to project the correct part to the correct spot of the skin. Some spots are difficult to reach, for this reason it’s necessary to have a little bit of skill in projecting the texture, distributing the displacement in the correct way.

Once I have finished the two principal passes (which aren’t finished, but just paused for the next step) I started sculpting the details in ZBrush. For example, the black spots, imperfections of the skin, and so on. By doing that I exported the displacement map (32-bit EXR) and through it I generated some utility maps in Knald (a program which allows you to create ambient occlusion, convexity, curvature, concavity, and so on).

When I finished generating the maps, I imported them into Mari to add micro details on the skin, for example the dirt inside the black spots (with the AO pass) and other details of the skin were achieved by mixing the others maps. 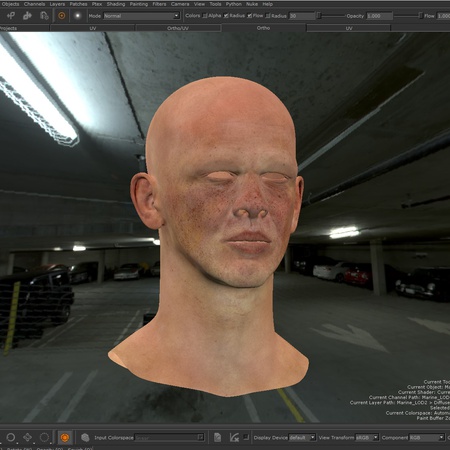 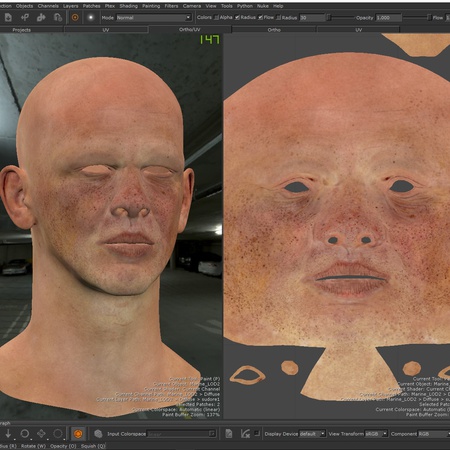 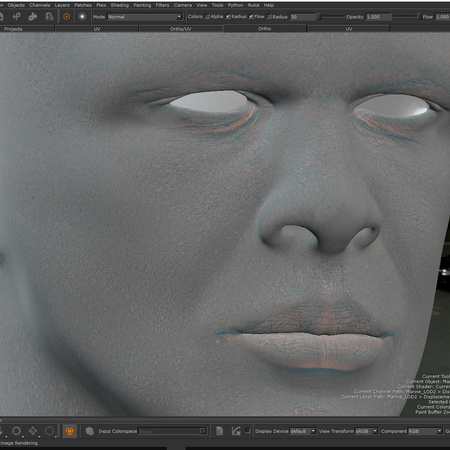 The lighting is not complex: for the final shot I used 3 lights; one for the fill on the top-right, the other one as a key light on the top-left, and a small top-light to illuminate the helmet. For the other render, I used just a single light and tried to reproduce the style of the portrait. I was inspired by a Steve Jobs’ photo: I think that this type of light looks beautiful on the human head! 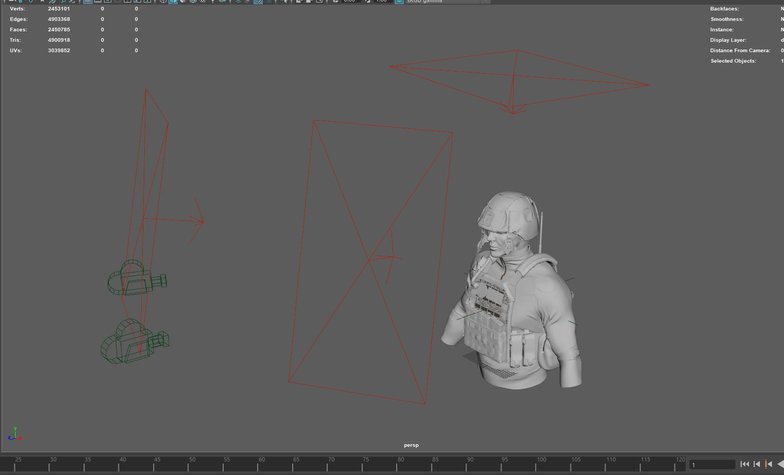 For the eyebrows, eyelids, and the peachfuzz, I used XGen – this was the first time for me, so I tried to study it in the meanwhile. I realized that is a very good tool and in the end, not too complex to use for basic stuff I did. So I separated some areas, for example the edge loops around the eyes, and started to groom the area. I used a lot the density map and the length map to create a much more realistic look. 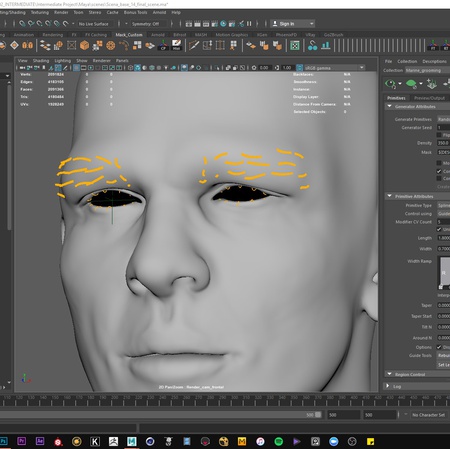 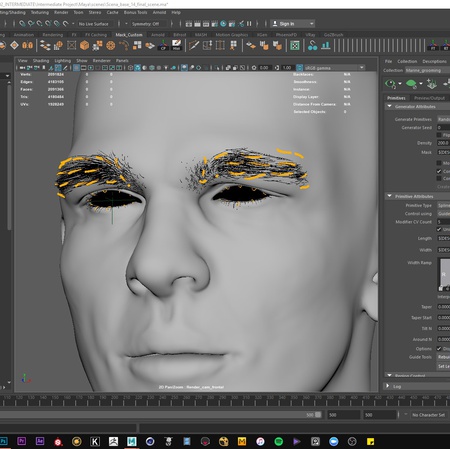 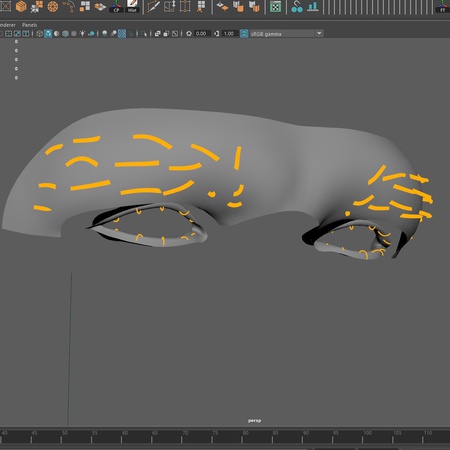 As a rendering engine I used V-Ray. I exported to high resolution (2,500px) and I cranked down the noise threshold at 0.020 by doing that, the render will be much cleaner. I also needed to optimize the V-Ray options to reduce the time of the render, through having a head with SSS and all the different displacements connected – the time increased a lot!

Connecting all the textures together requires a small ability in the hypershade of Maya, mostly for the head on which were applied two different displacements and all the others maps like the diffuse, specular, and so on. It’s necessary to spend some time to set it all in the right way, in order to achieve a realistic look. Below you can see the shader of the head. 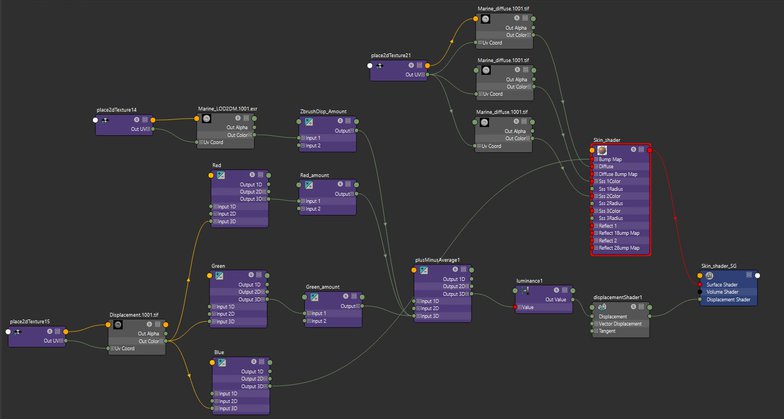 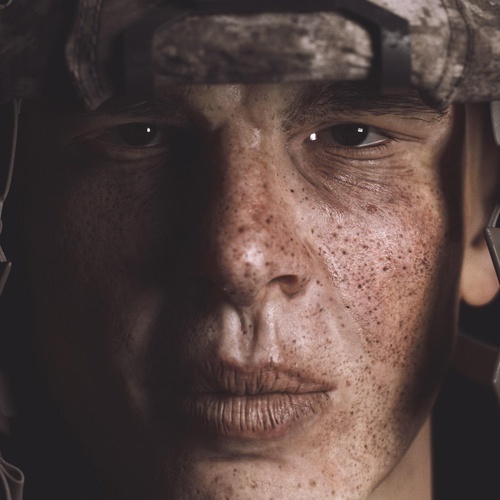 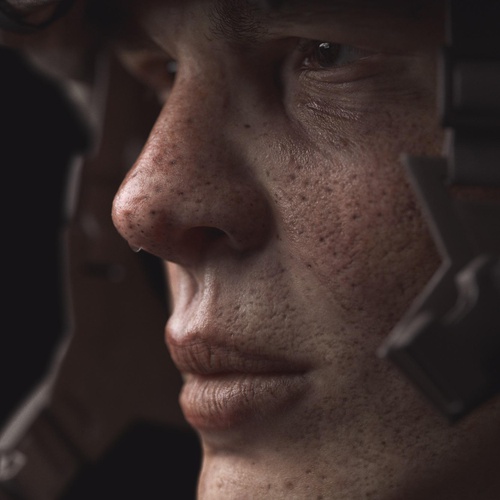 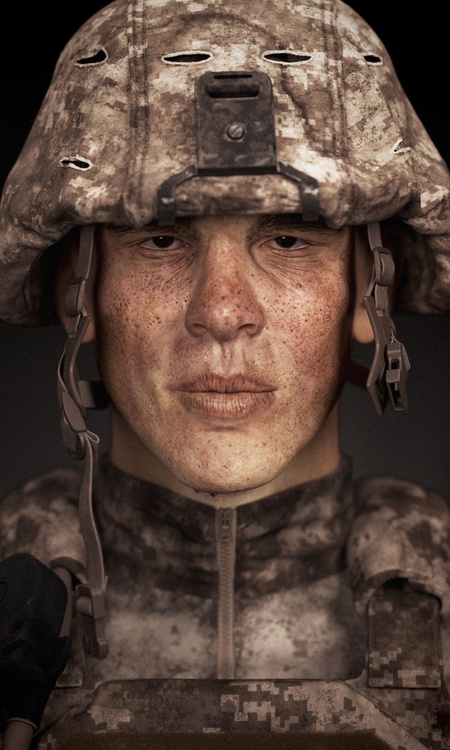