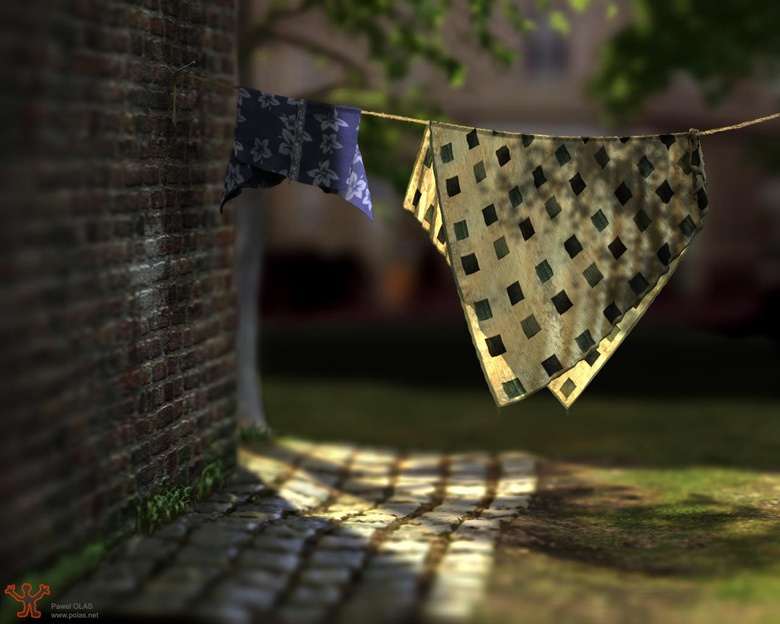 Normally I have an idea of what I want to create in 3D and then use all my abilities to create a picture or an animation I have in my mind. In this case I've got plenty of high quality texture maps and have to make something out of them.

It was not easy to pick only few texture from this big collection to use them - all were great :-)

I decided to use brick-, ground- and two cloth-textures to create an outdoor scene. After that unusual beginning, I made some sketches to determine what I wanted to create from these maps.

Because I wanted to show the usage of textures I tried to create a scene as simple as possible.

Using proxy objects I created a basic scene setup and started to play with the lighting. When my light-setup was ready it was time to make the objects a bit more complicated and then - texture them. Before I made new objects, I also set up a DOF effect, because it was much faster to work on the simple scene then later on the complex one. 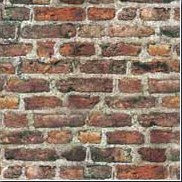 Adding details I started from brick wall in a shadow. I made a screenshot of my proxy all to get proper proportions of texture. To remove thelittle tiling effect from the brick texture I used mainly a cloning stamp. Then I've added some dirt on this wall - it was very easy with dirt maps from CDs I've got.

In the end I painted global illumination shadows on this texture to get better visual effect, and added some green stuff at the bottom.

I also found a great paint lot texture on CD (dirt map), so I put it on the wall too :-) 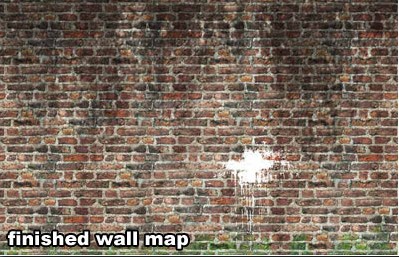 To render a wall I made separate scene with wall only (and the light and camera I set up before). I had to add few more light to get nice effect of ambient light in shadow.

When the texturing was ready I added a few details on the end of the wall to make it more real. Finally I made a render in the desired resolution of this wall to compose it later with other parts of the scene.

I did the same with the ground. Again with a slightly different light setup to get better specular eflections on the stones. In the scene with the ground I used the simple wall object to cast shadow on it. 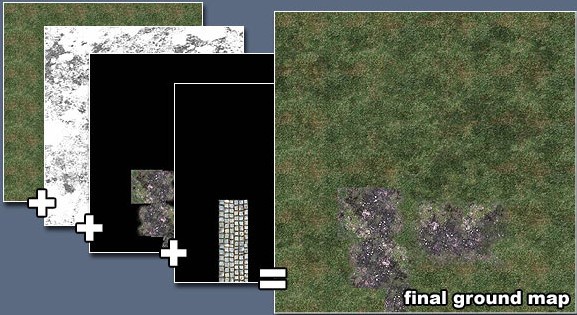 Next I rendered a background with trees made with TreeDesigner as usual ;-) and a separate image with the tree's shadows only.

The last and most important step was the foreground in the focussed area. I wanted to make some clothes on a rope with a nice translucent effect, and some shadows of trees. I made medium detailed models with UV maps and rendered them separately, both with translucency and without, then on composition I've added shadows cast by the trees and a wall, just deleting some parts from layer with translucency and using a shadow map from TotalTextures as a layer in multiply mode.

On the final composition I have the chance to get proper balance between shadows and lights playing with all rendered layers. 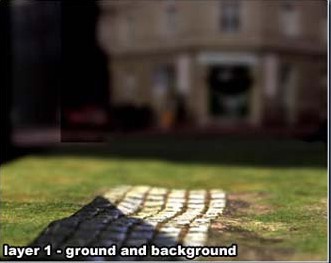 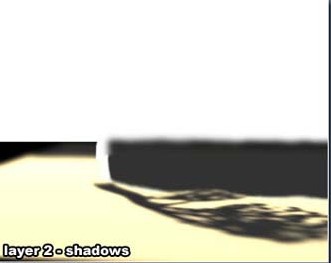 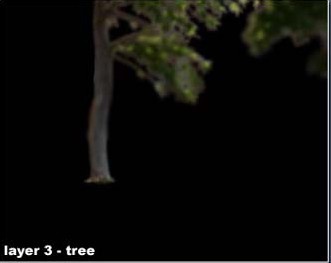 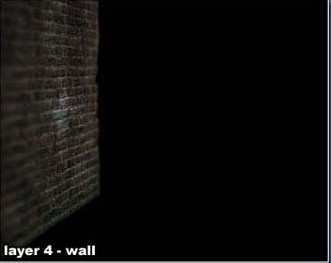 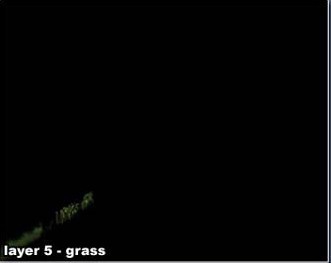 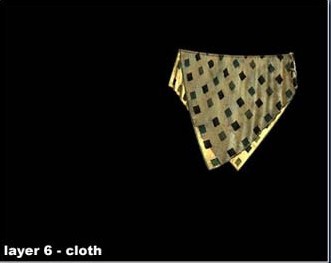 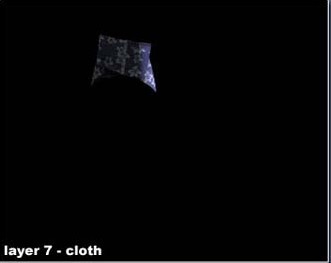 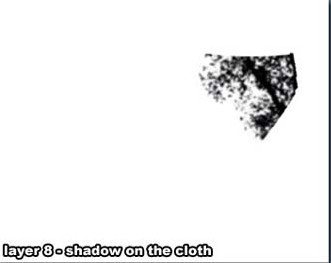