Using just one texture in Photoshop, I'm going to teach you how to make a planet that looks somewhat realistic although, in the end, whether it looks realistic or not is entirely up to you and the way you play with settings.

Texture: I used a texture from a rock. You can try different textures such as leather, and things of the like. If possible, avoid uniform textures, since they will make the planet look too uniform. Open up your texture with photoshop, increase your canvas size to a 1:1:1 ratio (EJ: 3000x3000, 5000x5000, etc).
Â 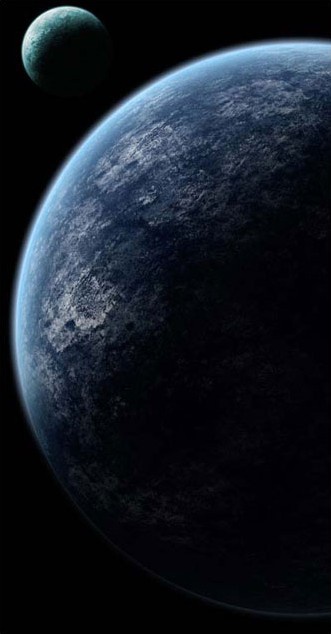 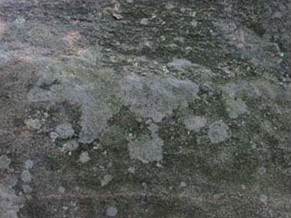 Because I will be working at high resolutions, I increased the canvas size to 4000x4000.
Note: If you have 512 megs of RAM or less, don't use such high resolutions, because Photoshop will not be able to apply certain filters.

Now you should have the texture in the center, surrounded by empty space. Use the clone stamp tool (in Photoshop toolbar, 1st row, 5th down) to fill up the empty space (hold Alt+click the section that you want to clone, and then start brushing). Make sure that your hardness is 0%, otherwise it's going to look disastrous. Remember that this texture will be twice as big as the planet we will be making. Once you're done with this, go to the Edit menu, and select Define Pattern, then name it whatever you want. 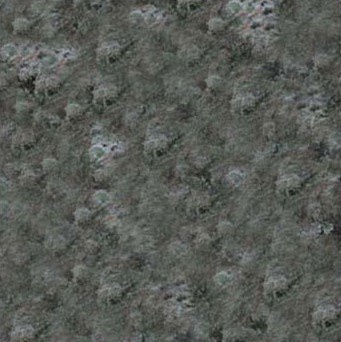 Now we proceed to making a new document. What size? Since my previous one was 4000x4000, the new one will be the same size. Now fill the background with black, pick the Elliptical marquee tool (press M until you see it at the top left of the toolbar), hold down shift and drag the mouse so that you get a perfect circle. 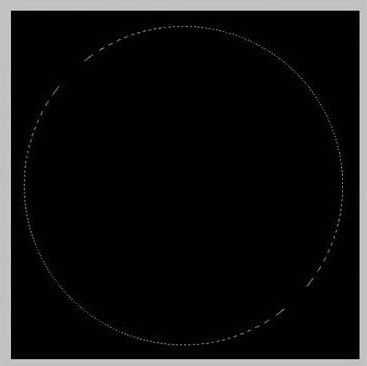 Now that you have a nice circle, select the Paint bucket tool, and change the setting to pattern instead of foreground. Make a new layer (ctrl+shift+N for windows, apple+shift+N for Macs), and fill the circle with the pattern. You should end up with something like this: 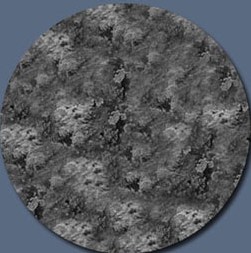 Now all we need to do is to spherize it. Make sure that the layer is still selected (dotted line around the circle), if not, ctrl+click (for Windows) or apple+click (for Mac) to select it. Go go filters/distort and select Spherize. Set to 100% and apply. Now we have something that slightly resembles a sphere, but it doesn't look round enough, so we go ahead and apply the filter again under the same settings. The center might look distorted, but it will not be a problem because we will be resizing this anyway and it will be unnoticeable. 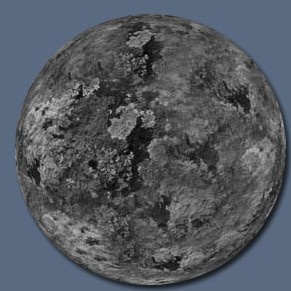 Now we have a nice texture that we can use, you may go ahead and save it, but don't close the document yet.

We are now done with the texture, so we must go and get started on the planet.

Once you're done with that, duplicate the layer and make the duplicates black (you can do this by turning down the brightness under the image/adjustments menu. Call the blue layer "base,"the next one "shadow," and the next one "atmosphere". 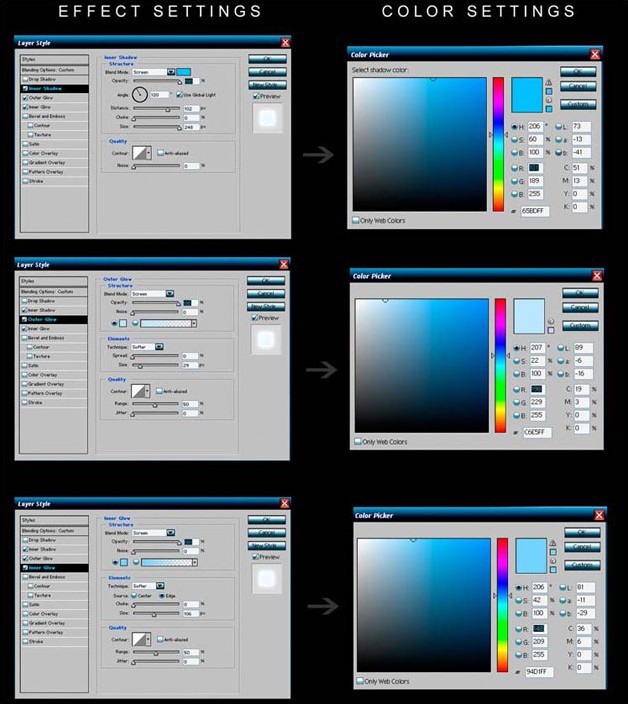 If you applied the settings properly, you should have something similar to what you see to your bottom left.

Make a new layer, link it with the atmosphere layer, and then merge the 2 together (layer menu - merge linked). Then set this new layer to screen, and rename it "atmosphere".

Once you're done with that, take the shadow layer and move it over the atmosphere and apply a gaussian blur of 100. The layer should not be selected (dotted line around) This should leave you with something that looks like what you see to your lower-right.

Hit ctrl+T to transform the shadow layer. Now we need to decide upon a light point. To keep it simple, my light will be coming from the upper left, so we hold down the shift key, and stretch the lower right corner of the layer. Resize it until you are satisfied. You should end up with something that looks similar to this. 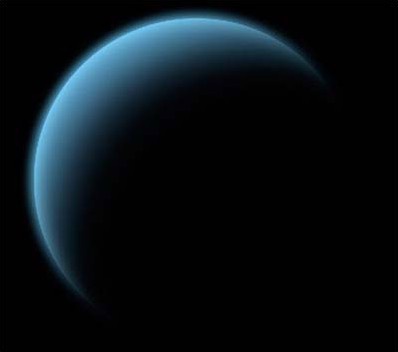 That looks rather nice, however, there is a problem. If we add a background, like a star field, then the shadow will get in the way. We only want the shadow to obscure the planet.

Ctrl+click or apple+click the layer base. This should add selection marks (marquee). Now go to the shadow layer, copy (ctrl+C for pc, apple+c for macs)) and then paste (ctrl+v for pc, apple+v for macs). Then you can go ahead and delete the bigger shadow layer. Rename the new layer to "shadow." You should have something that looks like so. 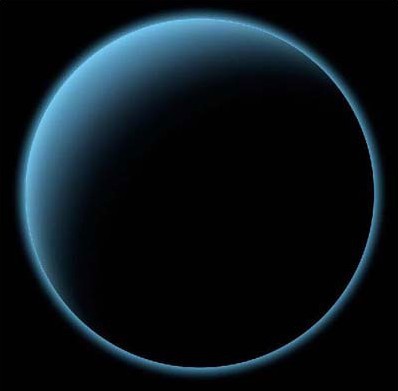 Now we have a nice texture that we can use, you may go ahead and save it, but don't close the document yet.

What we need to do now is get rid of the atmosphere that's on the dark side of the part of the planet, because there is no visible atmosphere on dark sides of celestial bodies.

Select the eraser tool and pick a big fuzzy brush. Set the opacity to 75% and flow to 100% and start erasing smoothly until you have a soft, smooth-looking atmosphere. Mine looks like this 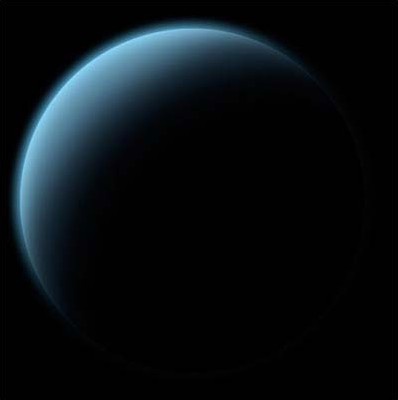 Now we have the base file for a planet. You can apply any texture that you want to this, so go right ahead and save it as a PSD to preserve layer configurations.

At this moment, you should have 2 documents open in Photoshop:

In the texture file, you should have your texture selected. Go ahead and bring it into the base planet file, and place the layer between the base and the atmosphere layer. Of course, our texture is 4 times bigger than our planet, so you will resize it to fit the planet (remember to hold down the shift key in order to keep the proportions). If you aren't very good at resizing and end up with a texture that is slightly bigger than the planet, ctrl+click (or apple+click) the base layer, invert it (ctrl+shift+I for pc, apple+shift+I for macs) and then hit the delete key or the backspace key.
Take the texture layer, rename it to "land" and set it to screen. That should look something like this. 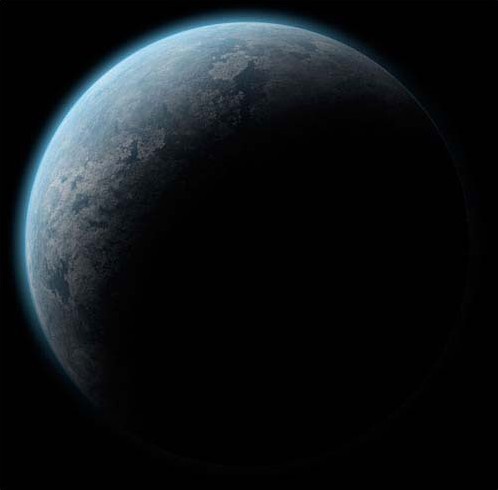 NOTE: If you need an "accessory" planet, which is a happen that happens to be far away from the viewer and lots of detail is unnecessary, you can use this. However, we will use a lot of detail for really nice close-ups.

What we will do now is have a nice uniform land texture that won't get in the way with our clouds. So what we do is set the land layer to 33% opacity, duplicate it, rotate it 90 degrees clock-wise, duplicate it again, and flip it again in the same direction. Then link all of the 3 layers together and merge them. Now go ahead and set this layer to Overlay or Soft Light (the choice is up to you). My texture looks like so. 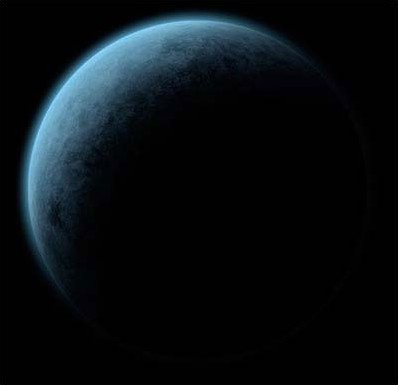 Note: if you wish to use this as your final planet, you might want to do some brightness/contrast adjustments to make it look sharper and more realistic:

I use -50 for brightness, +50 for contrast, and then desaturated it a bit (-50 in hue/saturation controls. 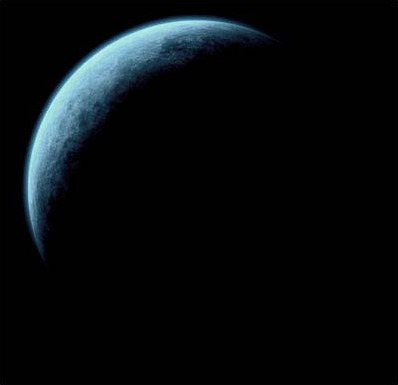 Now the fun begins, when we start to pile layer upon layer. Duplicate the land layer, set it to screen, increase its contrast and decrease its brightness until you are satisfied with the results. Mine looks like this 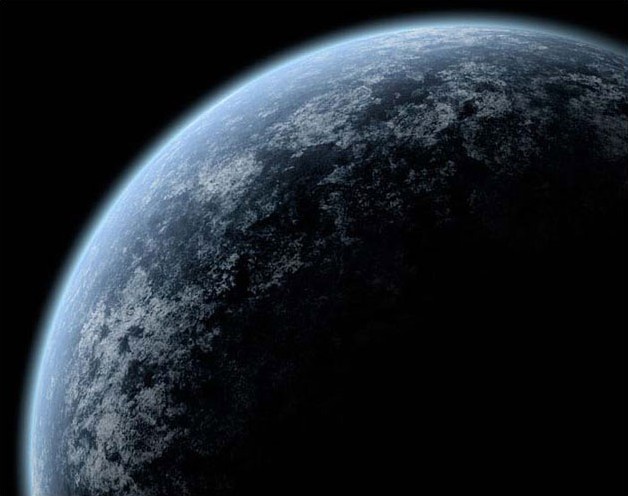 If you want a basic detailed planet, you are done. It is up to you to keep adding layers, playing with blending modes, etc, etc.

If you don't feel comfortable with the dark side of the planet being completely black, all you have to turn down the opacity on the shadow layer. I turned it down to 90% and got something that looks like this. 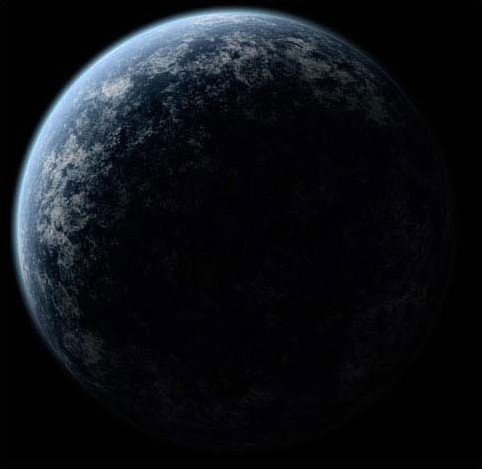 But what if you have 2 suns in your space scene? All you need to do is use a layer set. What is a layer set? A layer set is like a folder in which you dump all your layers, so that you can move them around freely as a group without having to link them together.

All you need to do now is drag the layers into the layer set. Once you are done with that, you duplicate the layer set, set it to screen, and then give it an opacity of 20%.

Let us pretend that the considerably dimmer sun is coming from the lower right, all you need to do is flip the layer set 180 degrees, and the result would look like this 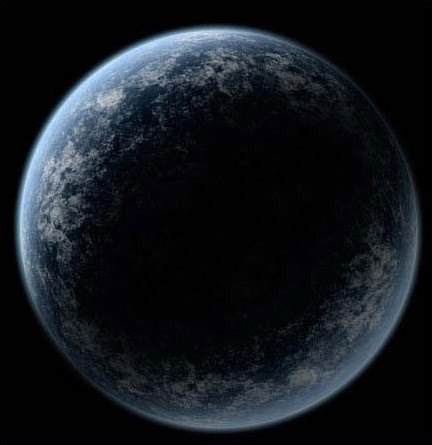 This planet is now officially DONE.

Now you know how to make a planet

Don't be afraid of trying new and different settings.

Experimenting is the best way to learn!

Here are some more samples of "quickies" that I made (relatively simple planets).