In this tutorial, I will show the process of making the “Space Cadet” 3D Illustration. The main focus is to create a cartoon character with realistic materials. First I will cover modeling and sculpting techniques using Blender 2.82, then texture it with Substance Painter, going back to render the project in Blender, and finally post-produce it with Photoshop. 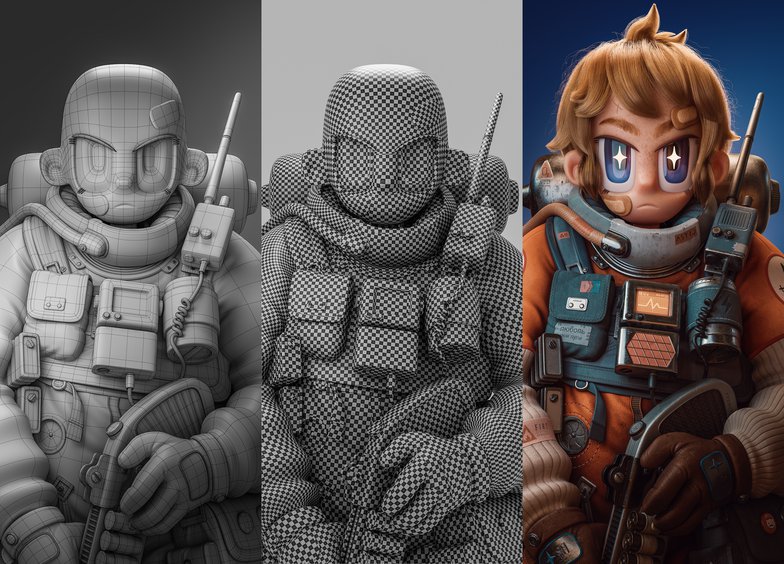 Concept of the image

This image is based on a concept by the French artist Guillaume Singelin, who is a comic book artist and illustrator. Heavily Influenced by Toriyama and Otomo, and focused on making cartoon characters. This image portrays a space cadet. 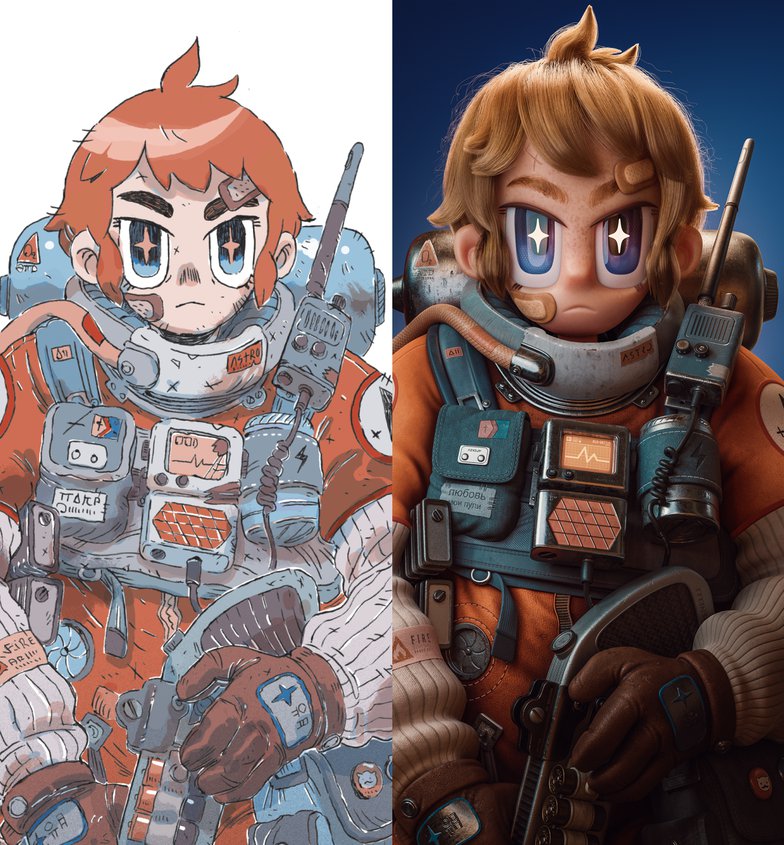 I always use the same method for modeling. First making a basic block out of the shapes until my eyes get tired of the image, and then I make a render and draw over it what is missing. That helps me out thinking about what I need to focus on next. I do this over and over until I can no longer find details to add or modify.

Mark all the seams and then Unwrap them to make the UVs of all the meshes, then apply the same texel density to all of them to have the same texture resolution – I used 40.96 px/cm. Finally, join a maximum of meshes per tileset. This project took a total of nine 4K tilesets. 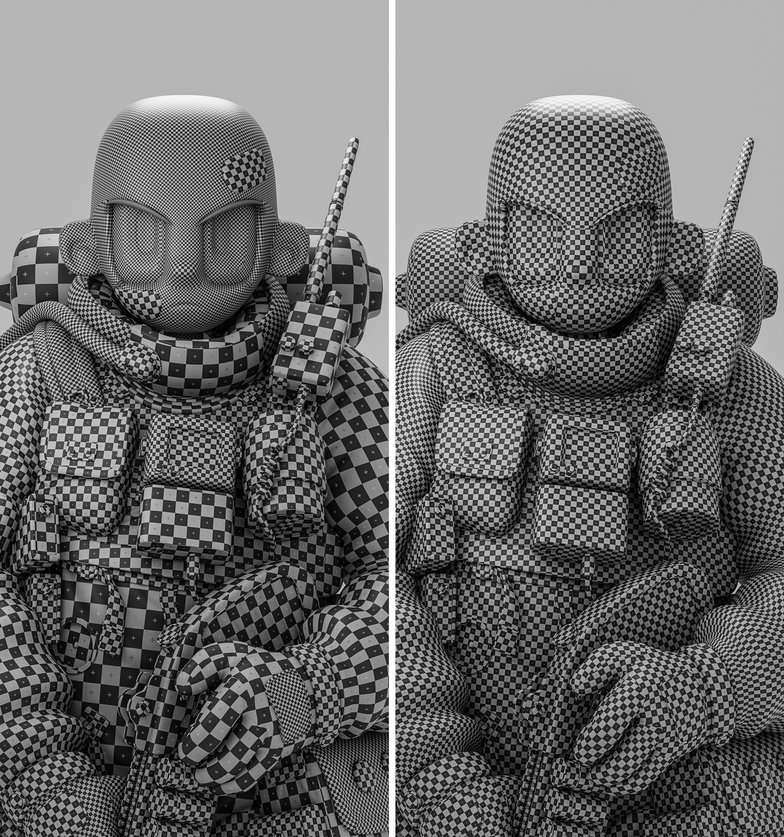 I make a board to assemble my references, divide the board by meshes and start looking for objects that have the textures I want to achieve in each one. In this project, the essential references were the spacesuit, the hands, and the freckles. That's why I have a lot more images of them. 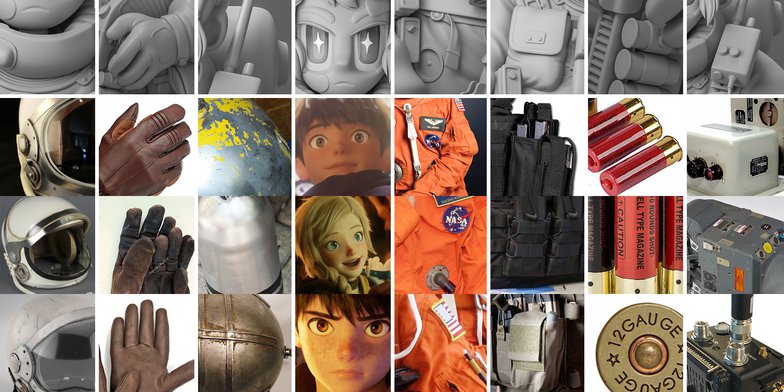 When Importing the mesh, be sure to use the PBR – Metallic Roughness template and OpenGL at the Normal Map Format. After that I start baking the first Tileset, because the size of the textures is in 4K, that's the measure I use in Output Size at the Baking. In the ID Map Change the Color Source to Vertex Color. With that, you will mask easily.

First I make a 4K Image that I will use as alpha in the screen monitor, then add the Emissive channel inside Substance Painter. I use this alpha as a base, but I will be adding multiple layers over it. First, an Ambient Occlusion to make the center look brighter than the corners, then a scanline effect to give an oldish feeling. Finally, the intense part of the emissive will be colored in yellow, and the darker one will be orange. 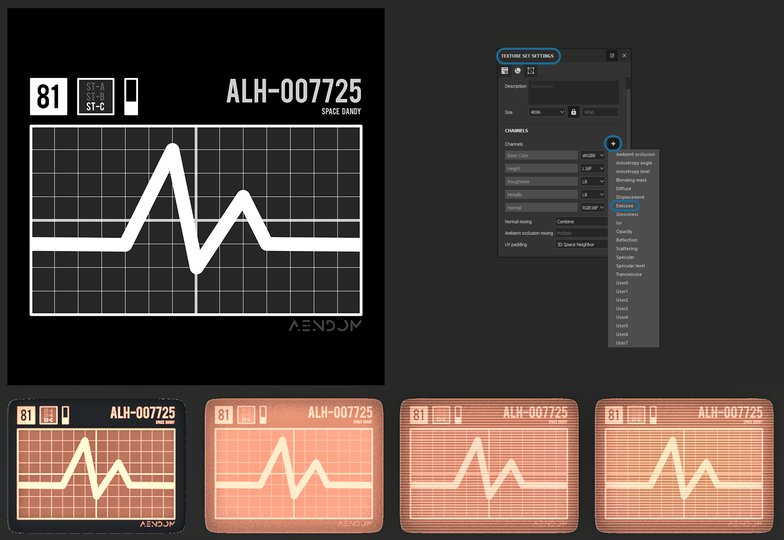 Adding layers to give more detail

I made a preset for Blender, having the Albedo, Metalness, Roughness, and Normal Map using OpenGL and adding Ambient Occlusion, Emissive, Opacity, Scattering and Thickness. Substance Painter will omit the maps you have not used. It is crucial to use OpenGL for Normal Maps to have a correct height direction. 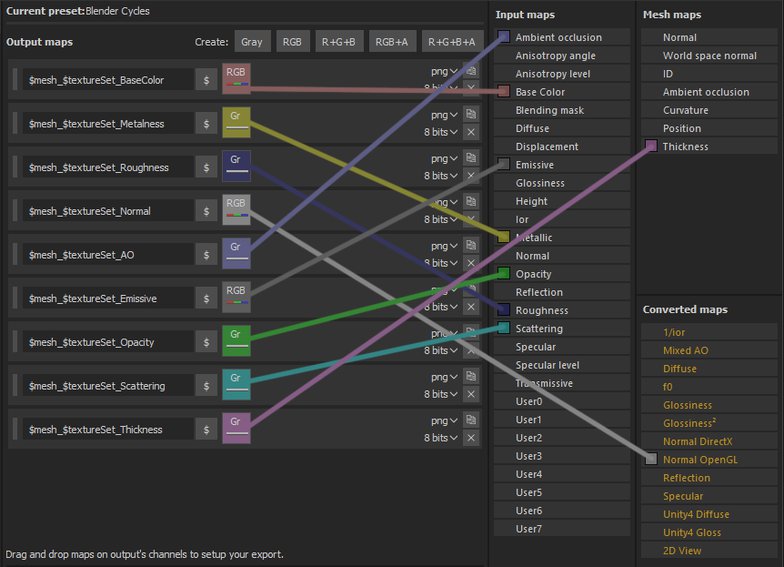 I apply temperature to the lights using the Blackbody Node and create diverse sets of lighting playing differently with heat and cold, and save all of them in a collection. Then I make an image with all the options together. That helps me decide which one describes best the emotion I'm looking to achieve. 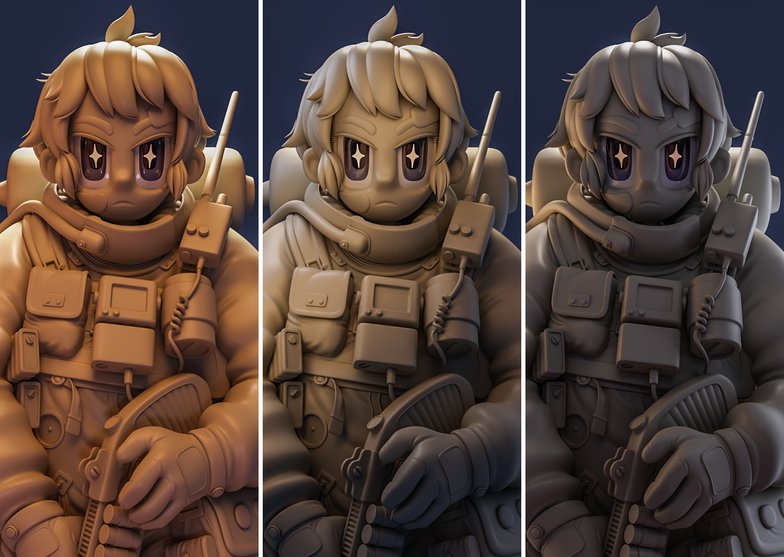 The easiest way to use the Texture Maps of Substance Painter inside Blender is with the PrincipledBSDF node. For this project was used 2500 samples to remove skin noise without denoise, the option Use Hair checked, and because the scene takes 5GB to render It was possible to use only the GPU, giving me a faster render than CPU.

In the post-production phase, I try to highlight the relevant areas of the project, using Camera RAW inside Photoshop. Enhancing the lights, shadows, and increasing the sharpness of the image, also testing multiple color-gradings to find the right one. Finally, I focus on the importance of the picture by darkening some areas with the blend mode multiply and illuminating others with the blend mode screen. 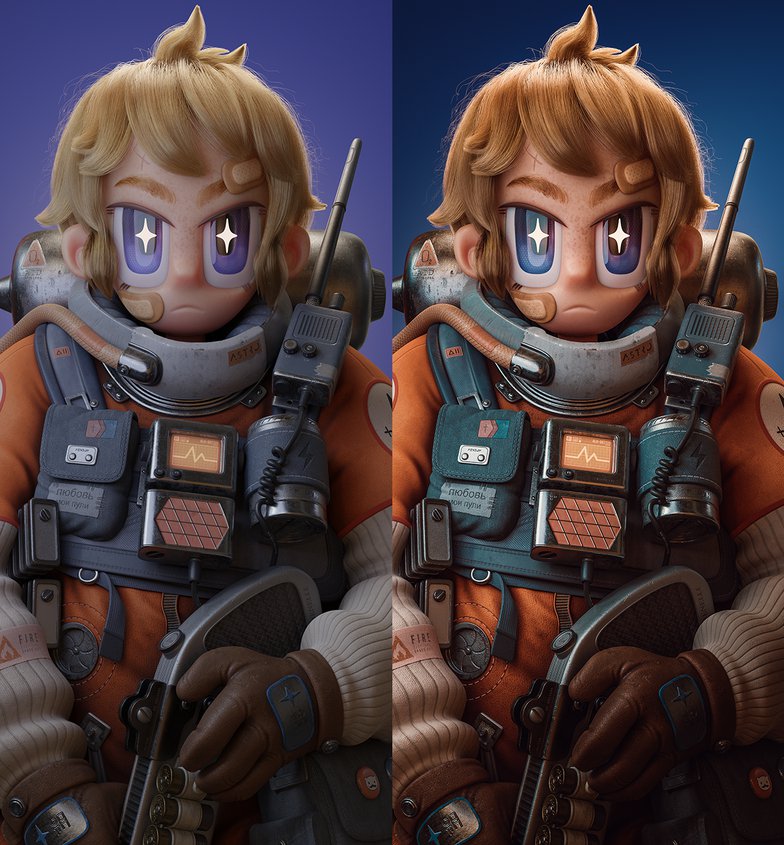 To quickly apply the textures made in Substance Painter within Blender, use the Node Wrangler Addon Shortcut Control+Shift+T and select all the maps. 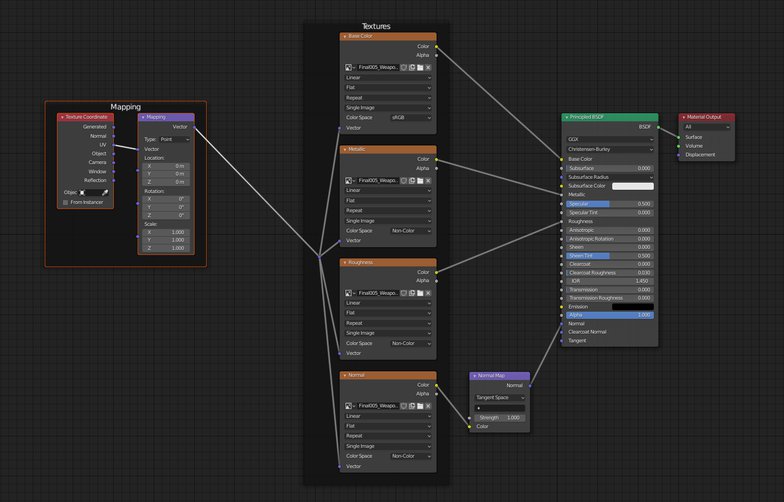 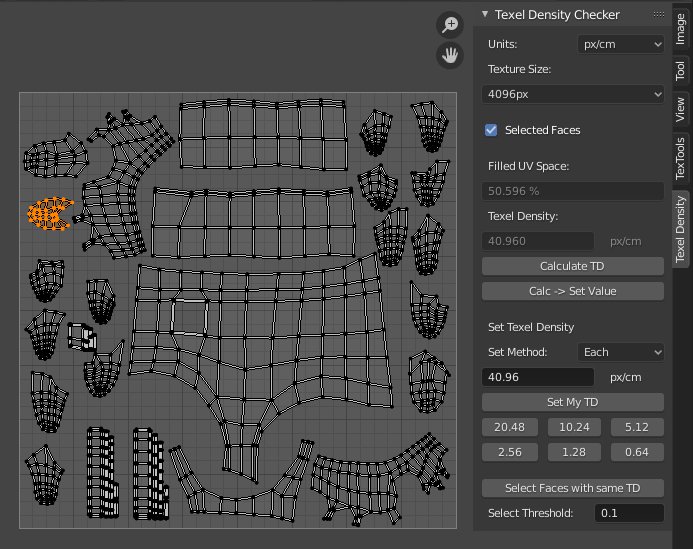