Alfonso Coppola is a 3D artist based in Milan

Hello everyone, my name is Alfonso Coppola and I’m a 3D artist based in Milan. The intention behind this piece was to create a character with cartoon proportions and realistic skin details. It's been really fun and a great opportunity for me to improve my skills and my knowledge about Mari. The character is based on the concept art by Gabriel Soares.

References are really important as usual. For this specific project it's been pretty easy to find appropriate images. I also used the Hannibal Lecter movies that really helped give me the right mood to this piece.

I started the modeling process using ZBrush. My starting point was a Dynamesh sphere. I really like this kind of approach because I can sculpt without thinking about the geometry. The concept has a specific and really particular proportion for this reason, and in the beginning I had some difficulty to get the right shapes.

Since all major forms have been blocked out, I finally jumped to Maya for the retopology process. I used the quad draw tool, which is really powerful. Once I finished with the head I started modeling the cloths directly in Maya, just to get a proper topology ready for the ZBrush sculpt. For the UV I decided to dedicate two UDIM for the head. 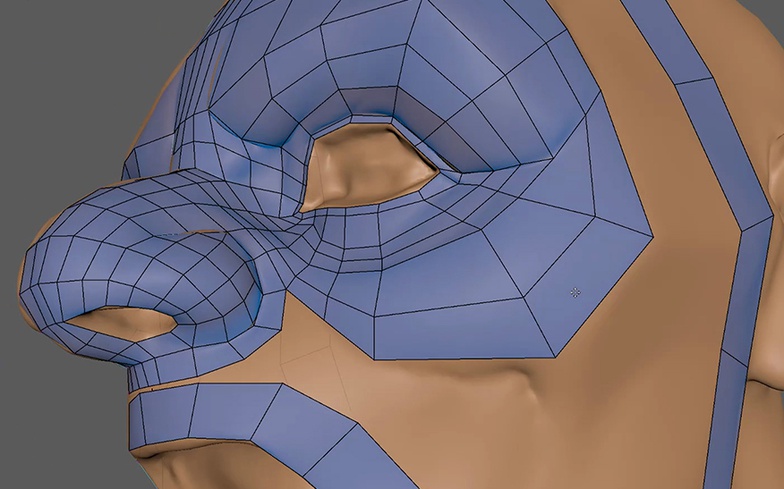 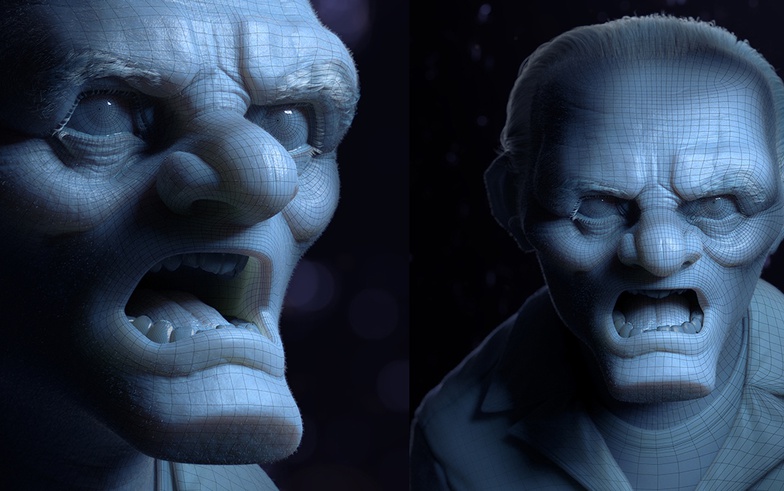 Once I finished the retopology and UV process I came back to ZBrush for the projection and final details. I didn't go too deep into skin details at this stage because my intention was to use the Texturing XYZ maps. After all the pieces were ready I extracted the maps I would use in the texturing process.

For texture painting I used Mari which is an incredible software. I spent most of the time projecting the displacement and diffuse texture form Texturing XYZ on the head. The displacement map is really handy not just to replicate the geometry deformation but it can be used as a specular and glossy map later on, directly in the rendering engine. I also painted three different RGB masks that helped me in the look dev stage. The clothes, instead, are all procedural. I again used a fabric texture form Texturing XYZ. 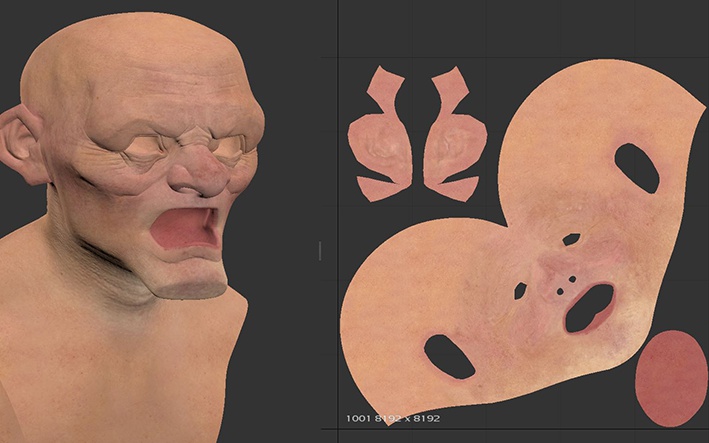 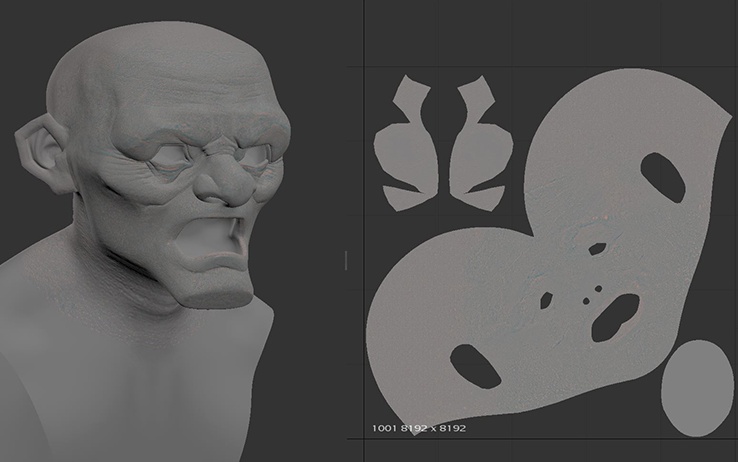 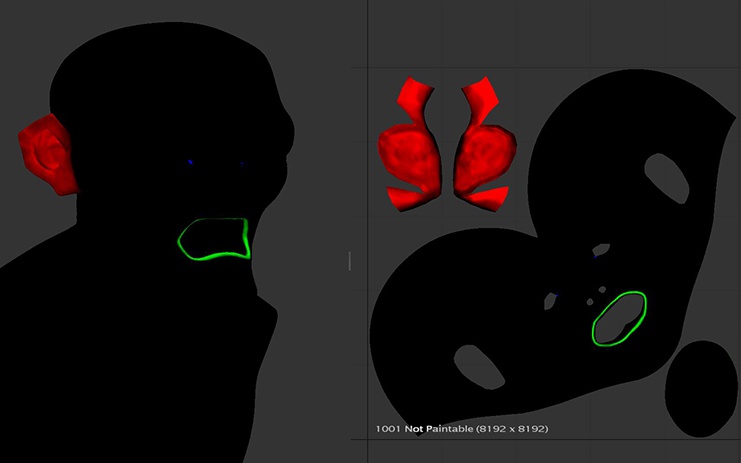 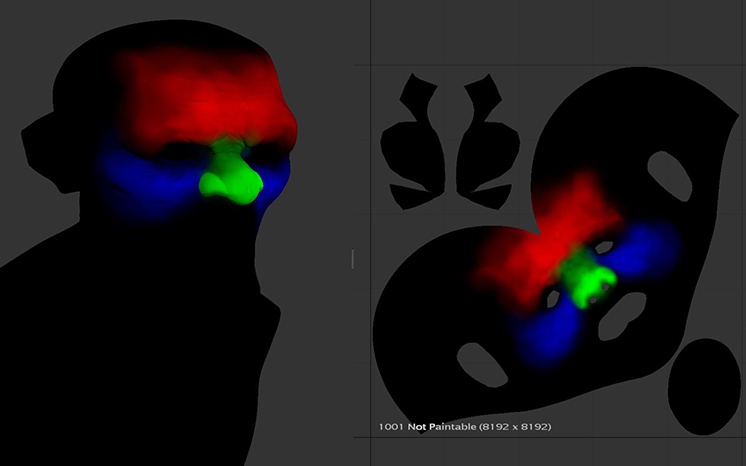 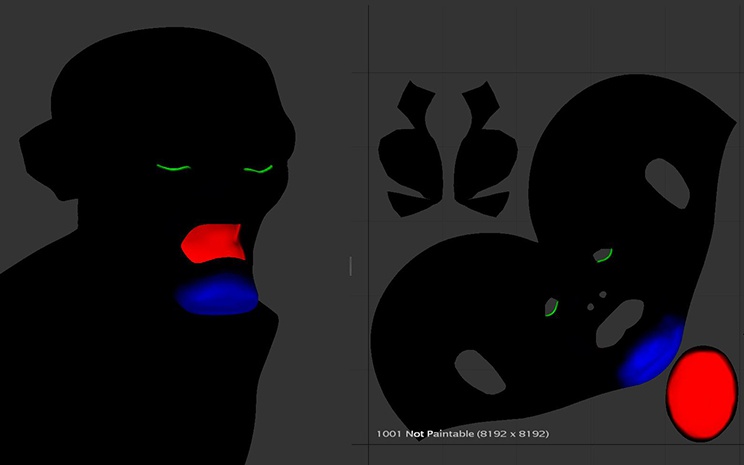 Everything is ready for rendering. I used XGen for hairs and peach fuzz. It's been my first time using Arnold and I really love it. I found the look dev process easier than other rendering engines. For the lights setup I used a key, one rim, and a bunch of lights blocker to break up the lighting. I also used a couple of simple planes to simulate the bounce lights. 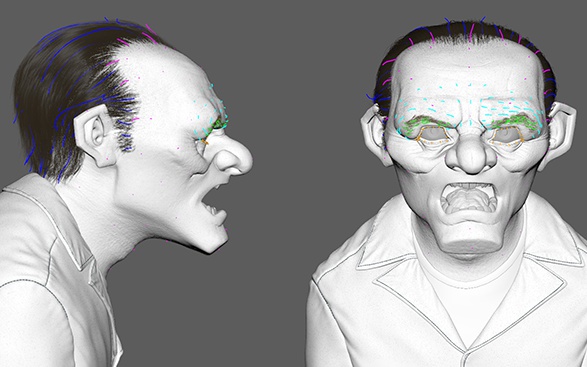 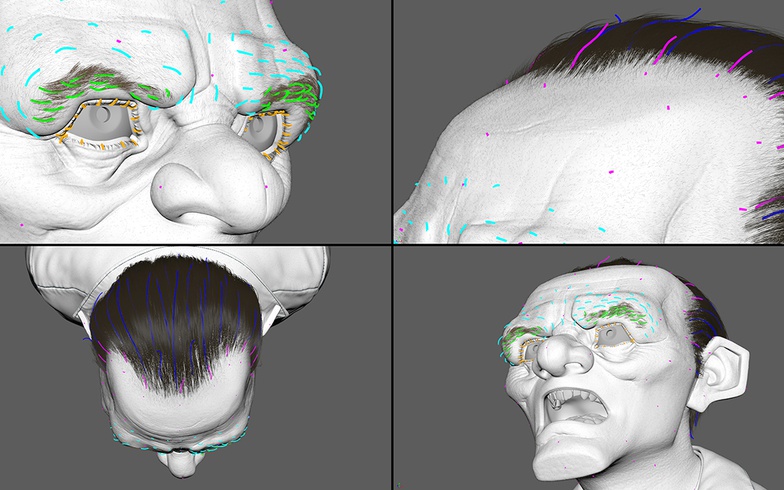 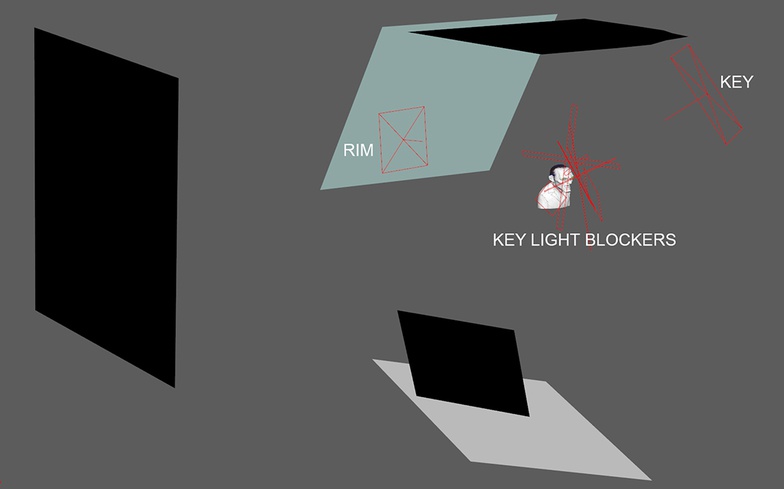 I used the Arnold Light Path Expression AOVs to render out several passes for the first time. Render passes gave me more freedom and flexibility later on. At the very end, I used Nuke for the composting process. I also recorded a little breakdown video which sums up the entire creation process – you can find it on my Vimeo profile.