In order to practice and improve on certain aspects of painting I often do quick sketches with a specific theme or subject matter. The drawing "Pitch" was one of these 'test-paintings'; I started working on it with the intention of creating a very complex scene, but not over detailing it. Detail in the wrong place can hurt the overall picture, as it distracts the viewer from where he should be looking instead. This was a test to see if I could get away with suggesting a whole lot while painting very little of it.

Firstly I tried to create a sort of preliminary picture in my mind. I don't always do that; sometimes I'll start with random shapes and wait for the happy accident to determine my composition, but in this case I had a pretty good idea of what I wanted before I painted anything.

The next thing I did was look at pictures from football matches to see what the fans really looked like when packed together in groups of several thousands. I aimed to avoid large groups of similarly dressed fans because I didn't want any part of the spectators to be the centre of interest, and I also wanted to avoid any reference to a specific club. 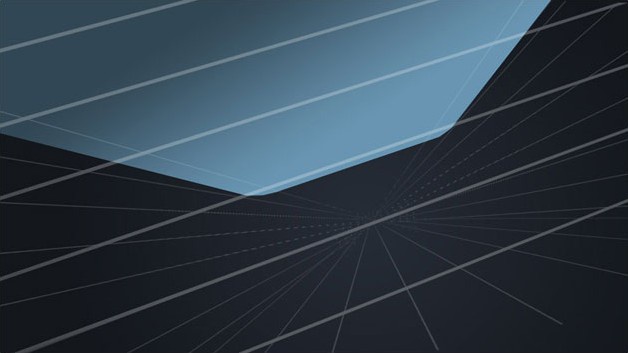 To suggest the people I first created a brush, which can be downloaded as a free brush at the end of this article! I usually deliberately don't save brushes like these, just to make sure I'm not using the same ones over and over. The brush itself isn't anything fancy - its main purpose is to create a shapeless blob of colour every few spots along a drawn line. For this I use shape dynamics and a dual brush (to ensure randomness in shape and size) and colour dynamics (to make sure all the people in the stadium aren't wearing the same colour T-shirt). Laid out by tabs, it looks like this (Fig.02).

Note that I have a lot of hue shifting because I want people to wear many different coloured clothes, but not a whole lot of saturation shifting going on, and this is because saturation varies over the crowd much less randomly than the hue. To create the actual audience I paint a series of horizontal strokes with the brush on a new layer. For the foreground audience it was very important to vary the brush size as I painted the strokes, because they're not as homogenous in terms of global shape as the crowd further away. Here's how it looks at this stage (Fig.03).

I then put the layer in the scene and started 'wallpapering' all the bits of the stadium where I wanted the audience to be (Fig.04). 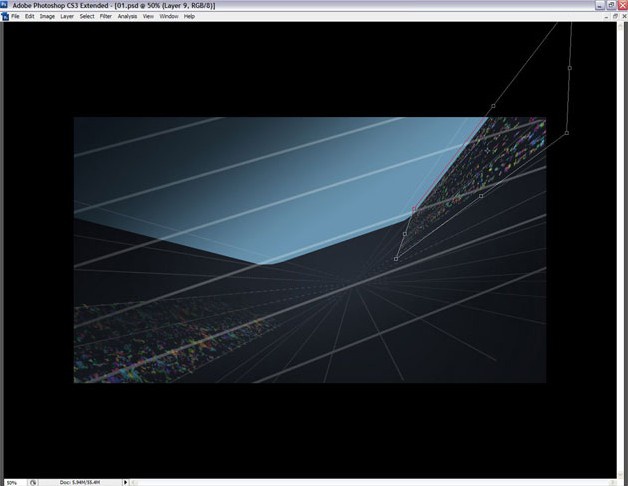 Important: After I placed the layers in the correct spots, I simply painted over them quite roughly. This diminished the correctness of the perspective/foreshortening somewhat, but it did also add a lot of liveliness to the scene! The upper seats of the stadium appeared a lot more 'ordered', as they're a lot further from camera than those on the lower half. I took care not to make any of the dots too saturated, as I'll do that later.

At this point I also painted the lit sky, and more importantly the atmosphere. During a lot of football matches fans light all sorts of torches, which is why there is often quite a dense fog/smoke locally in stadiums. This works to great effect of course. I pushed the farthest bit of the stadium (the seats facing the camera) back by simply painting over them with the sky colour. Here's how it looks at this stage (Fig.05). 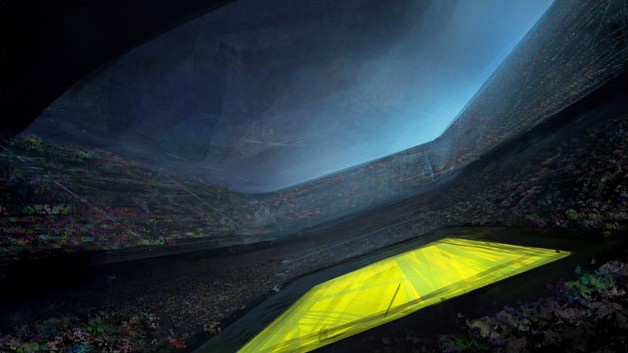 I then painted in the banners and advertisements. They're very bright and saturated, as advertisers will want their name to be clearly visible, so they're probably lit - either from behind or by spotlights. To maintain the sense of scale and perspective it's important to make sure the density of strokes increase and the boards get farther away from camera (Fig.06). 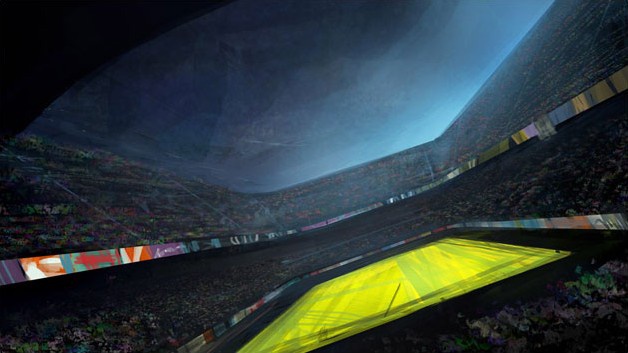 I also wanted to add some spotlights. I grabbed a reference picture (Fig.07), increased the contrast so only the lights themselves stood out from the black, and placed it in my painting. When I set the layer blending mode to 'Screen' I only had the spots stand out (Fig.08). 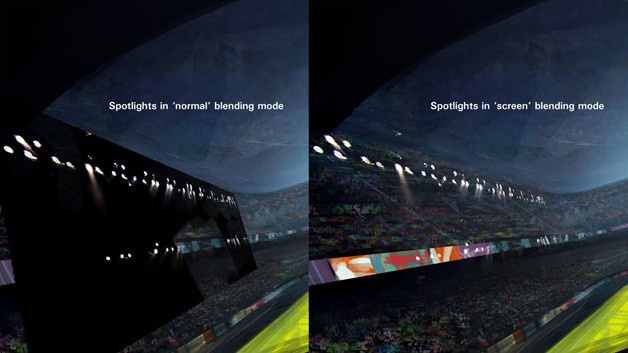 The idea was nice, but their positioning wasn't entirely to my liking. I scaled them down to increase the sense of scale, and that worked for me. Next, I used the same technique to add big spotlights on top of the stadium. I flattened my image and brushed over the lights with my brush in 'Colour Dodge' blending mode. I did the same for certain spots in the audience - I needed some very saturated spots of colour here and there. I made sure none of them really caught the eye by themselves. I also directly copied and pasted the scoreboard from the reference image I used earlier, and placed it in Screen blending mode in the painting. The last step was a bit of detailing: suggestions of players on the pitch, cables across the sky, and so on. Here's how it looked (Fig.09). 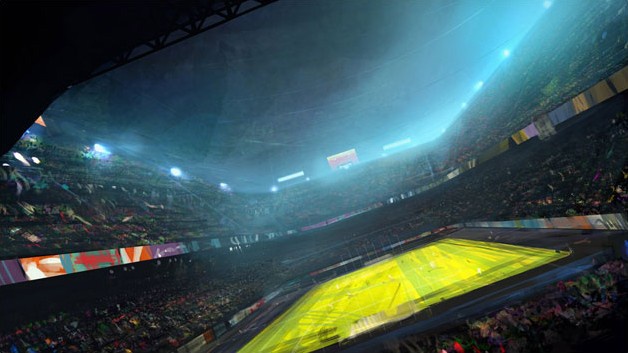 Almost there! I thought the image still felt a bit cramped, claustrophobic, and was not dynamic enough even at this stage. I tried scaling it down non-uniformly down the vertical axis, and also skewed it a bit and that seemed to work (Fig.10). 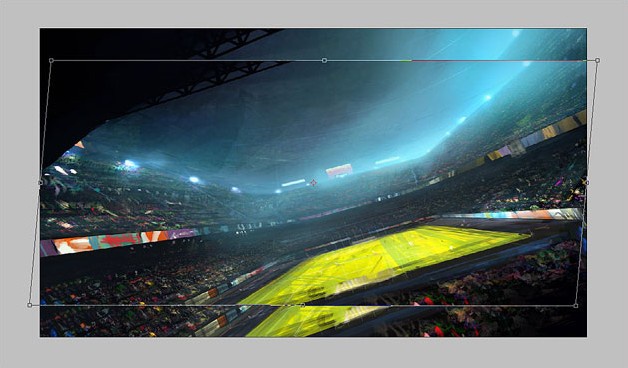 To prepare it for publication on the net I scale it down to 1200 pixels wide, and I applied the Sharpen filter twice to make all the details 'pop' (Fig.11).

And that's it! I hope you've learned something from the above steps, or at least enjoyed the read! Please feel free to drop me an email (www.jessevandijk.net/contact.html) if you'd like to contact me.

To see more by Jesse van Dijk, check out Beginner's Guide to Digital Painting in Photoshop