This image is a matte painting I created for pleasure. The original idea was just to make a landscape with an interesting atmosphere; the idea of the mountaintop mining developed after I'd searched for some photos and references for this matte painting.

I decided I wanted to depict a representation of human madness: digging a huge hole in a mountain, damage the landscape and nature.

I started with an aerial photo, which gave me a really good sense of depth. The landscape in the photo was virginal and not dominated by the big mountain. It's a landscape that can be improved. I then began to search for other references and aerial photos... (Fig.01). 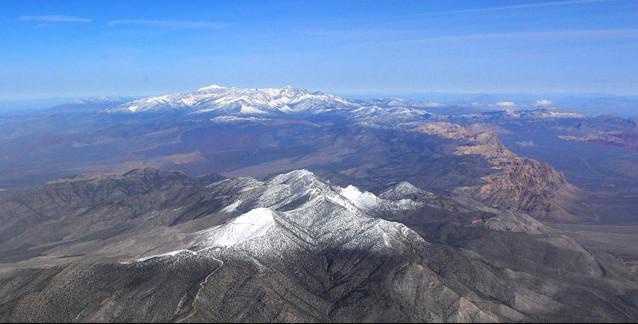 Here are some of the references I gathered that had particularly interesting elements that would make for an easier and faster matte painting (Fig.02). 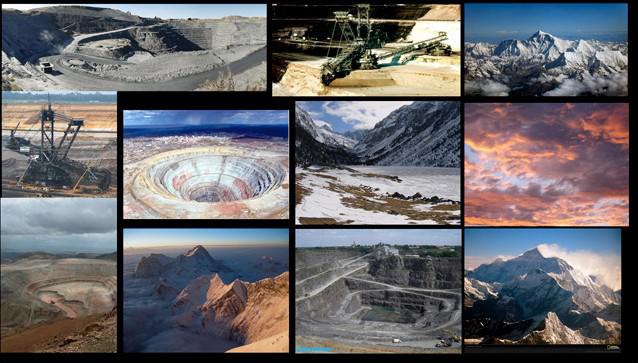 Next I made a couple of layers where I could quickly sketch out some lines. The first was just to put my ideas on - the hole, the mountain chain etc - and then on the second layer I was more definite, and sketched in the mountain chain (Fig.03). 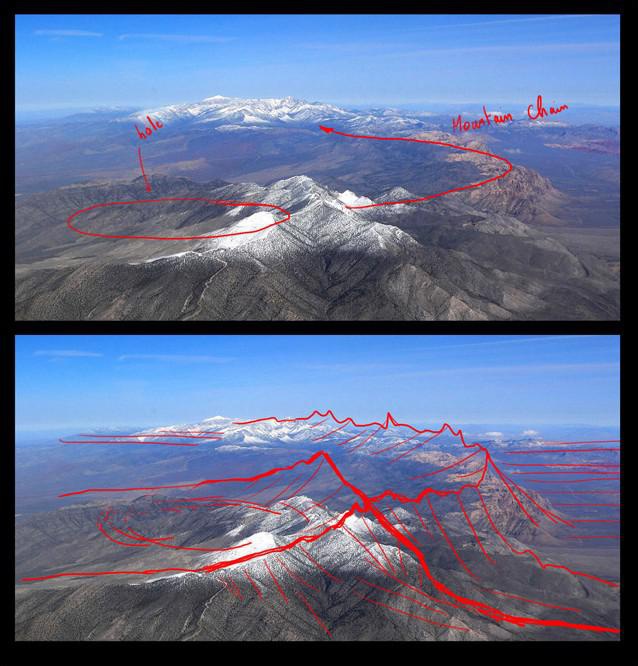 Then I started making my mountain chain with elements cut from the reference images I'd gathered, and painted in a shadow for the hole. At this stage the elements were just posed on the image; they weren't completely blended in with the landscape yet (Fig.04) 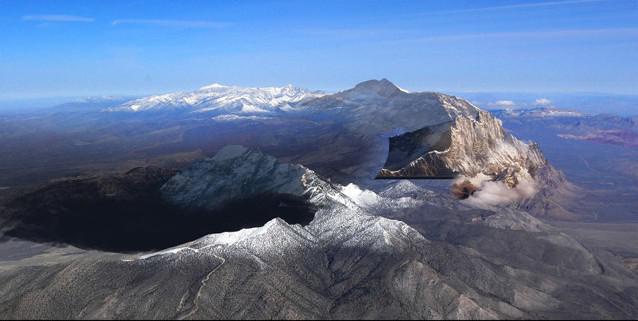 I worked more on the hole to create more depth in my landscape (Fig.05). 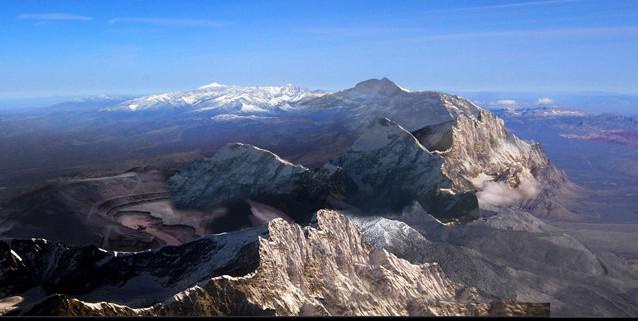 I refined the details and painted the sky. I put some warm colors in some parts and used the overlay mode with a small level of opacity. I then stretched the image to increase the panoramic effect (Fig.06)

I finished by refining the details, painting some parts to mask other elements that were too "samey", like the rocks and the right bottom, mixing all the elements to mask the "collage" effect. I painted some clouds and the depth in several layers with a small amount of opacity to increase the atmosphere effect, and put some lighting effects on the top of the mountain (already in overlay mode). And here's the final image (Fig.07).