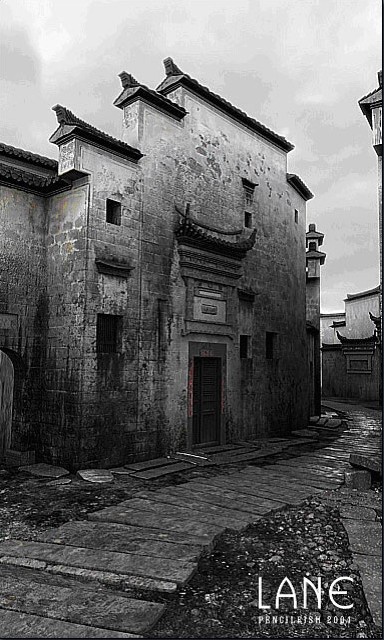 Hi,welcome to my little tutorial. I will give a little explanation of how I created this scene.
As you can see on the left, the ancient buildings in this picture are from Anhui Province of China. I found some photos
(taken by Yang Dazhou, the full picture can be found on www.chinaphotocenter.com) as references for my scene from internet
and magazines. These were the starting point.

For this image only material from the 3D Total Texture CD's was used. I decided to work in 3ds max and use Brazil to render my scene. 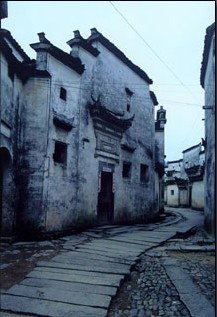 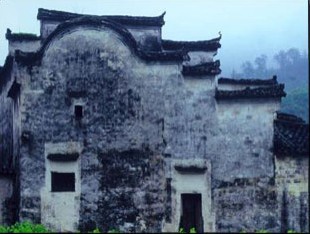 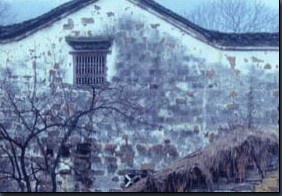 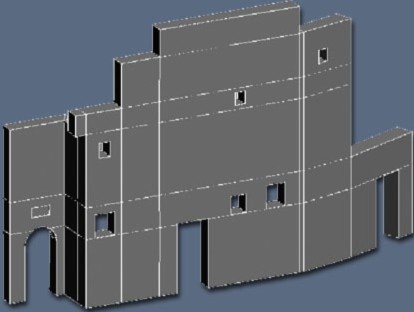 For the buildings I've used a simple box converted to editable mesh. Then it was modified through sub-object selections (extruding faces, moving vertexes, cutting, and so on). I used Boolean to create the windows.
Â
Modelling roofs needs a little patience. There are cylindrical tiles and flat tiles arranged in rows on the roof. In the
end of the rows, eaves tiles and dripping eaves must be placed. Two flying eaves are located in the two sides of roofs.
All elements are created using boxes or chamfer boxes. In fact, the models in this scene are fairly simple.
Â 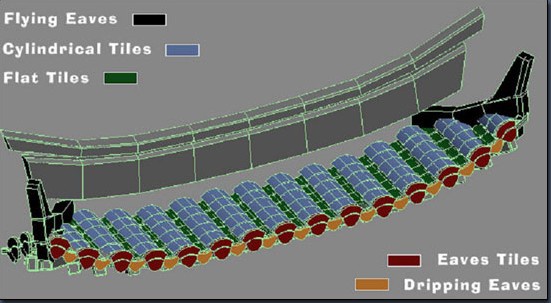 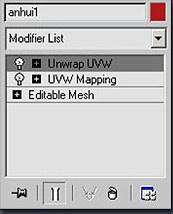 Allow me to take the main part of the building as an example. I used planar UVW mapping to generate mapping coordinates of the building. However, to correct the error of texturing on the wall's corner, I added a Unwrap UVW modifier. I opened Edit UVWs dialog and selected Unfolding Mapping command. Then the UVW clusters need be transformed to make a template for creating texture. 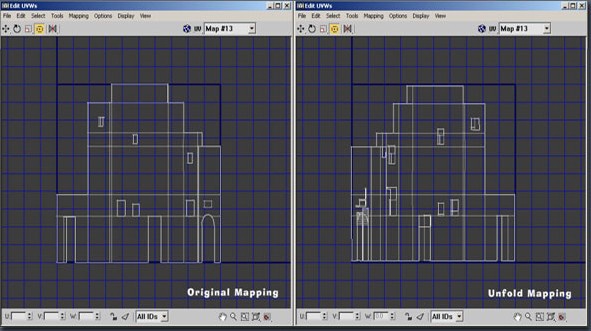 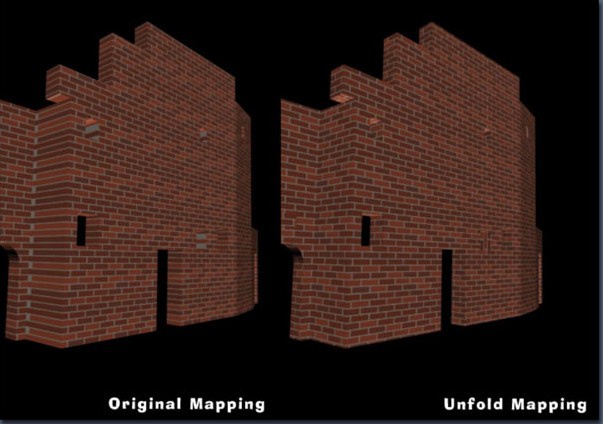 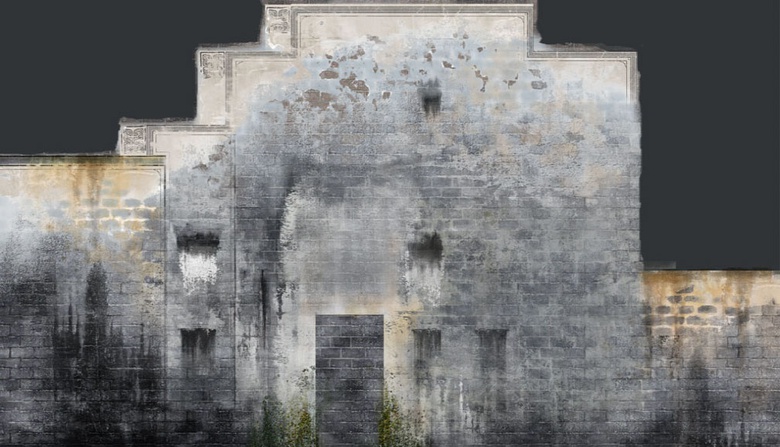 The only texture for the building was combined in Photoshop. All bitmaps I used are from 3D Total CD's. At first, I tiled a stone textures as background. But colors were changed to fit the wall with my references' look. Following, several dirty maps were combined, so that the surfaces would seem like ancient things and achieve a rusty and worn look. For the patterns were left over the corners of wall, I drew them in Illustrator. After that, I added them and achieve the final image by using maps and different blending modes. 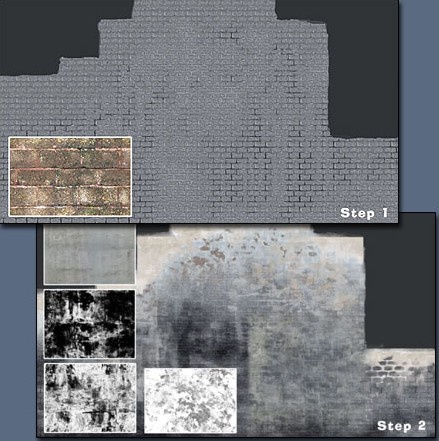 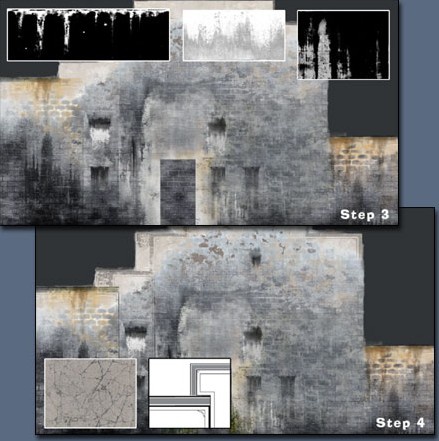 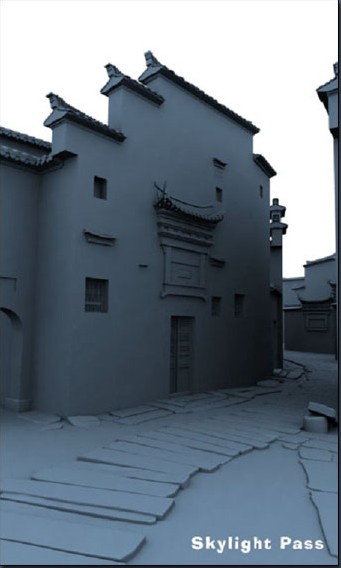 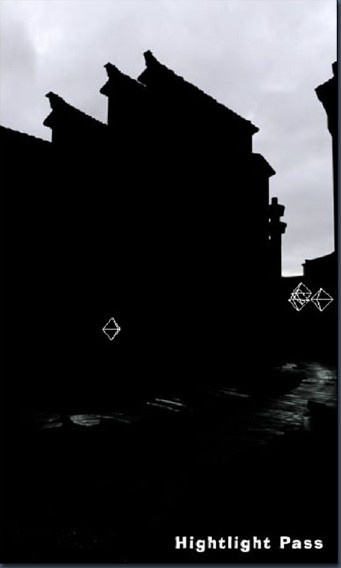 In this project, I setup the scene in a environment with dark clouds. So there isn't the direct light component. Total diffuse and indirect illumination is created using skylight in Brazil simply. However, as you can see, the specular from wet stones drops a hint that a rain must be stopped just now. To achieve a wet lane, all specular component is lighted from four omnis to affect specular only. I located them in this scene additionally.
Â
Finally, I hope this tutorial will be useful for you. Thanx.