The main idea of this image was to create an atmospheric environment with a sci-fi setting. So I settled on the idea of a dimly lit room with a massive old distributer, dilapidated walls and plenty of rusty pipes.

The modeling stage started the creation of the basic geometry of the scene (Fig.01 & Fig.02).

The texturing stage began with the selection of the texture sets. In this scene I used textures from the following Total Textures volumes:

My chosen textures and their locations can be seen in Fig.07 & Fig.08. 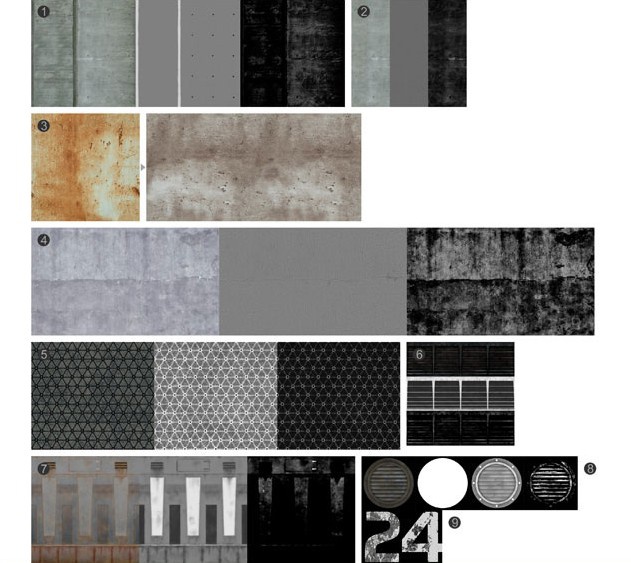 At the post-processing stage I added detail to the scene by working with texture, color correction and lighting effects. This was the first output render (Fig.09).

It was most convenient to make adjustments to the color by using Adjustments Layers (Layers > New Adjustment Layer). After with the Color Balance, Levels and Selective Color options, I ended up with the following image (Fig.10).

Fig.11 shows the image after I added lighting effects.

Now it was time to add some rust, damage and general wear and tear to the scene to give it the old, dilapidated feel that I was after. I found suitable textures for this on the V19 - Total Textures "Destroyed & Damaged" DVD (Fig.12).

Then I added some damaged, rusty textures to the central part of the scene (layer type: Soft Light) (Fig.16 - Fig.18).

That was followed by adding several nuances to the pipes (layer type: Soft Light, with different degrees of transparency) (Fig.19 - Fig.21).

And with that the image was finished! The final image can be seen in Fig.25 & Fig.26.