Hi, my name is Eugenio Garcia Villarreal and I'm a graphic designer who started to learn 3D in 2004. I studied a lot of tutorials, mostly on 3DTotal and I have a small studio here in Mexico called d10studio.

This image was inspired by B-movies and the old road gas stations. My main reference was a 3D picture by Mauro Scardinni, but I went a little further by creating a more complex environment. The image was created for a photo session with a model and I later integrated her into the scene.

Most of the modeling was done in LightWave 3D 10, which is a really nice piece of software. I like this way of modeling; I think LightWave has a really clean work area to play with and I was able to use some of the plants from Xfrog.

The modeling was this image was really simple; I just used box modeling for almost everything. I think this is the best method for modeling. For the gas pump I used photo references and box modeling, playing with the edges to get a smooth surface (Fig.01). 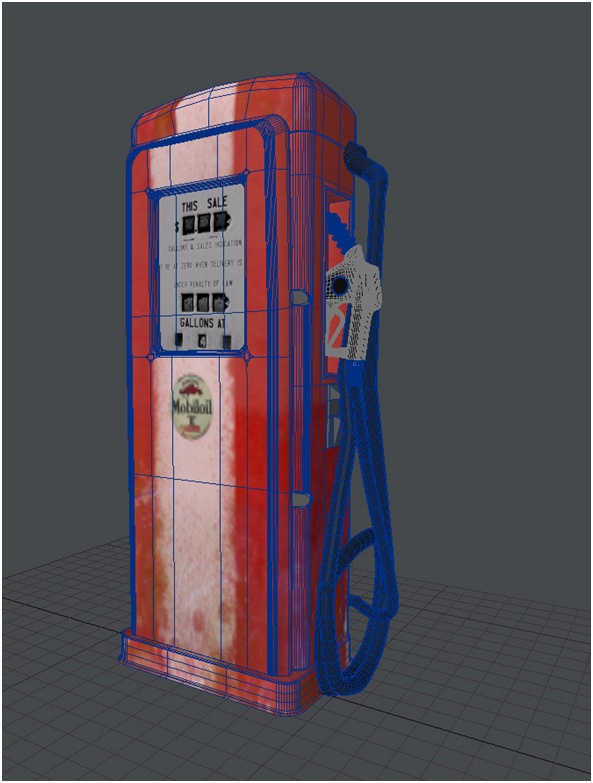 The house was really simple, just box modeling too. I broke some of the windows using the Knife tool (Fig.02). 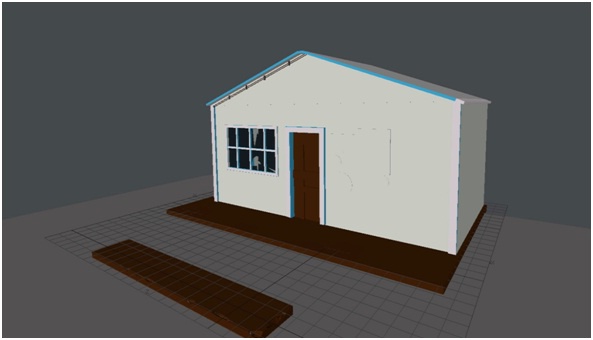 When I work I use tools like Multishift, Bevel, Knife and Band Saw Pro - they're all really useful. The skull object is the only one I created in ZBrush (Fig.03 - 05). 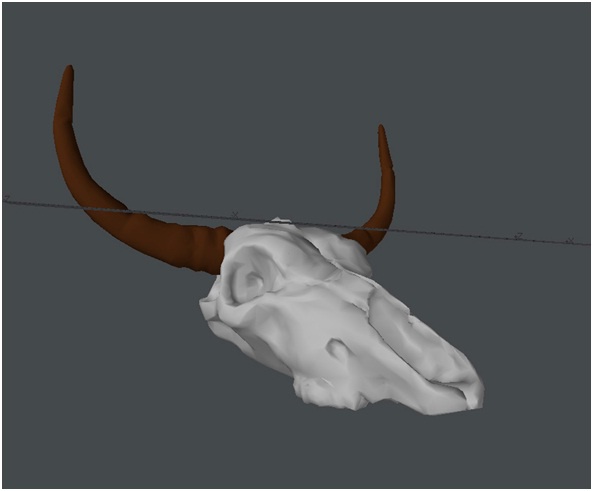 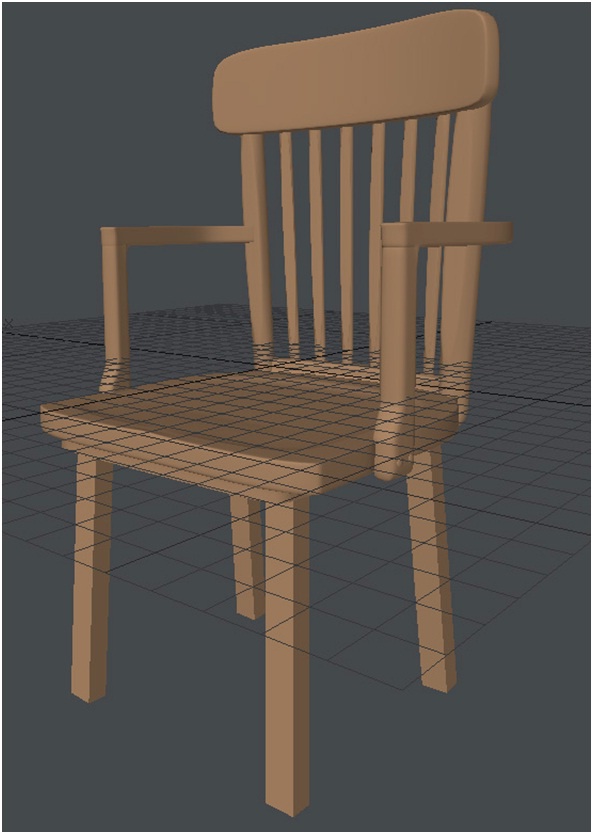 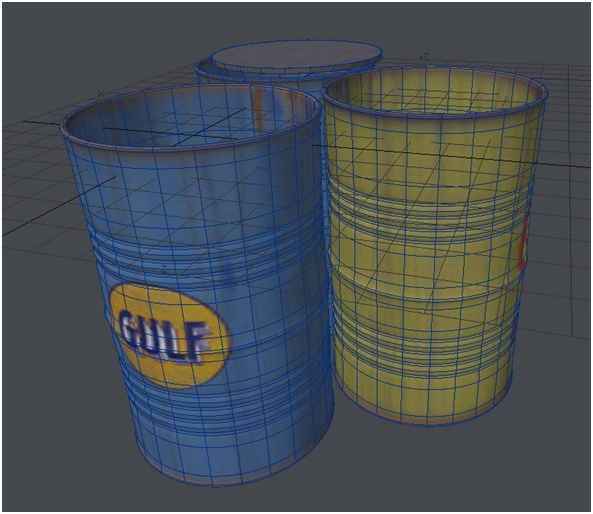 The workflow was simple. I researched for references, then modeled and arrange them in a layout, just trying to find a sweet composition.

About handling the tools, I suggest to use as many tools as you can - don't be afraid to experiment. This is the way I learned a lot from LightWave; exploring and having lots of patience!

All the pieces were in place, so I went to my texture provider, cgtextures.com, and found some good materials for soil, wood for the gas station and some rusted and aged metal sheet. The vintage logos I found on Google, although I also like to use www.brandsoftheworld.com to find logos too.

I used Photoshop to merge several textures and each main model in the scene has basic UV mapping for more precision. I aged all my textures with tools like Burn and Color Dodge (Fig.06). 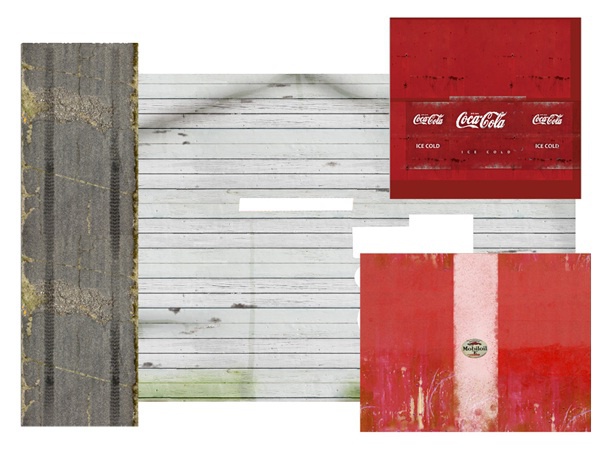 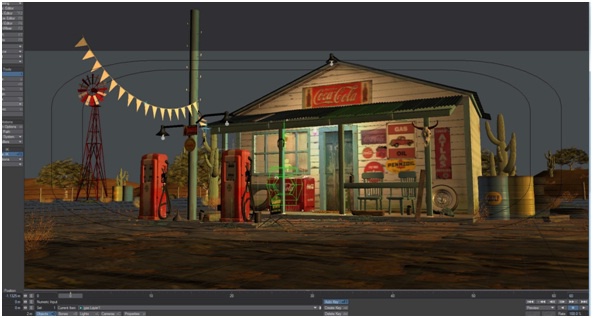 I put a Displacement map on the ground to get nice bumps and a realistic effect. Another thing I did was add in particles like stones and gravel. I used the Spray Point and Clone Point tools to get a nice, random effect on the ground (Fig.08).

The lighting setup included a simple area light that made soft shadows and was an orange color to get a sunset feeling. Everything was rendered with Monte Carlo radiosity in FPrime.

The second light is a simple point light. I added a textured environment image to get the right colors for the desert. This was a simple, but powerful, way of lighting a 3D model effectively (Fig.09).

I imported everything to Photoshop CS4 and I did a color correction first. I played with the levels and put some photo filters in to get the right mood. I usually use a 55mm plugin and ColorFX Pro and all of my work is done with a Wacom Intous4 (Fig.10). 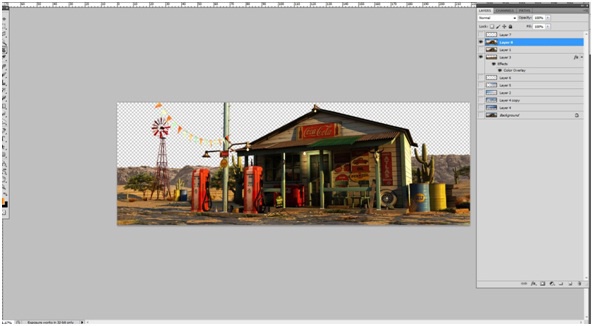 I searched for a good background mountain on cgtextures, trying to find a similar lighting scenario so that the image would integrate into the scene. I added a sky too. For still images I like to use photo backgrounds to get a nice finish. When you're doing 3D images for stills you need to be practical and not model everything. It is a good challenge to do this, but in terms of efficiency it's a waste of time in my humble opinion (Fig.11 - 12). 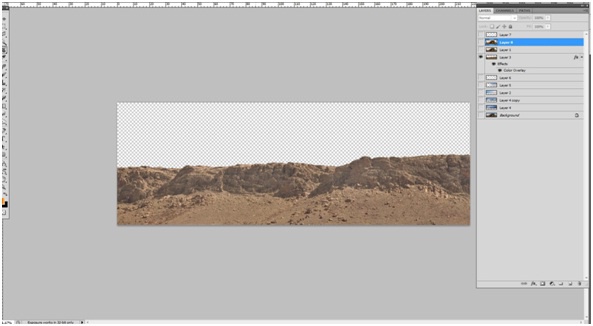 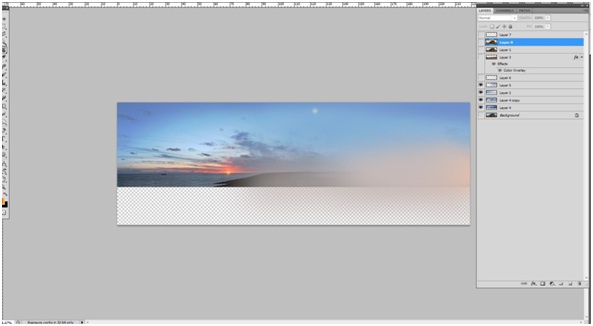 Later, I did some touches with the Burn and Dodge tool to get bright values and darken some others. When I was happy with the result, I merged everything and continued drawing, because I don't like to get lost in layers in this type of job. I put in some lighter spots, adding glows in the brighter zones with round brushes and using my sharpen brush to get nice textures in some places.

After eight hours of post, I play with color values, added some filters to get a nice washed style finish and here is the final image (Fig.13).

I took about three days to finish the project. It was a good texturing experience and a challenge to get crisp details like the displacement ground, a huge amount of particles and stones, bottles, shattered glass etc. If you would like to know more about any of my techniques, or want to say hello, just send an email to artecnl@gmail.com