I made this project for a sci-fi competition on a French community website blenderlounge.fr. The task was to create a sci-fi corridor but the goal was more focused on the assets. I decided to push myself to create a final illustration to test my knowledge of composition, lighting, and visual library. As I never done this sort of project before and also failing at working out an interesting block out, I decided to start by creating the assets first.

First I looked for inspiration for how to approach a project on my idols Fausto de Martini, Vitaly Bulgarov, Grant Warwick, and David Lesperance websites. I spent some time making a list of keywords, such as gate, prison, space, hole shapes, and rectangular. With a suitably long list I spent about four hours gathering reference images and putting it all together to come up with ideas for what I could make.

The modeling itself was very simple I combined the extrusion technique with Booleans in Blender. To preserve my computer's memory I made an object and used Duplicate to bring it all together for the final scene. Non-subdivision technique was use for the project. 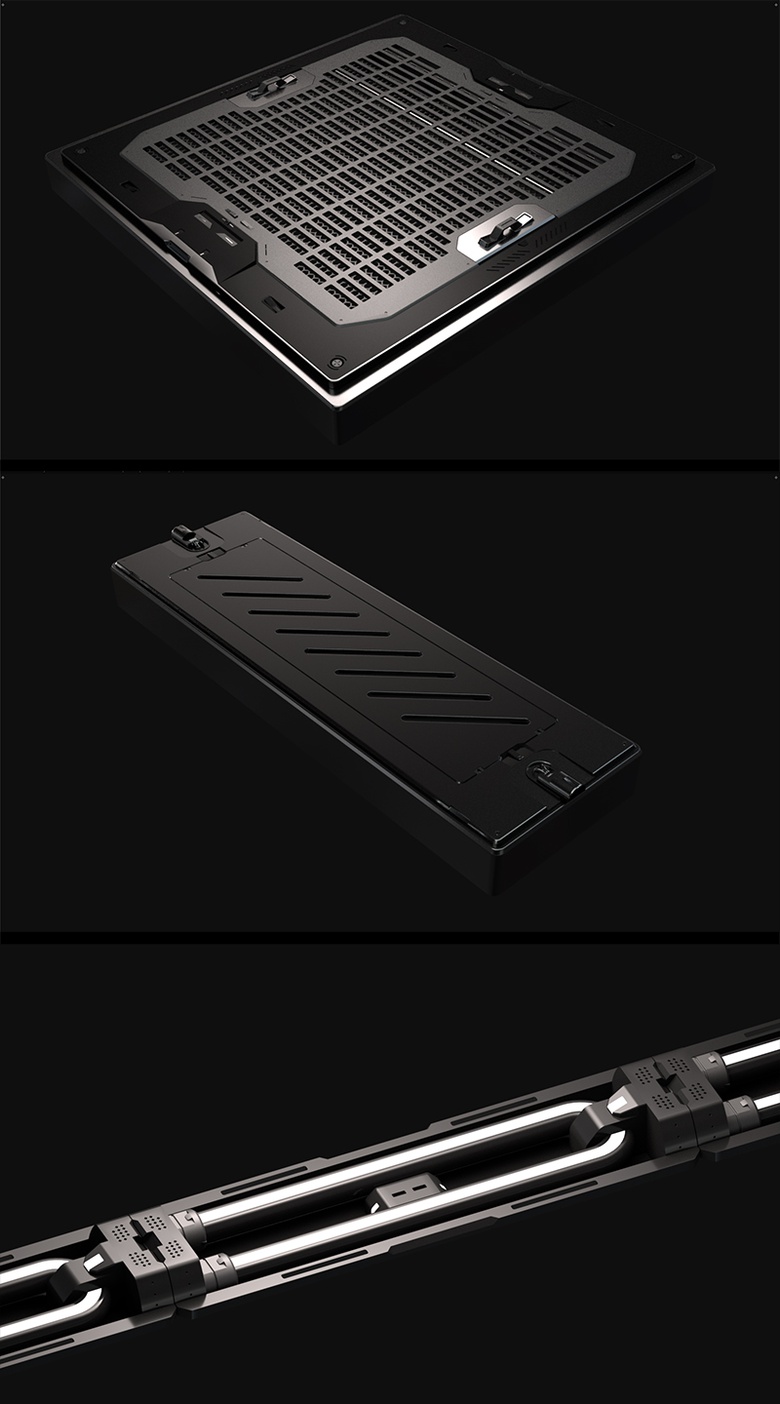 I used the same technique to create the wall panels. I broke up the symmetry by putting additional elements on the left. 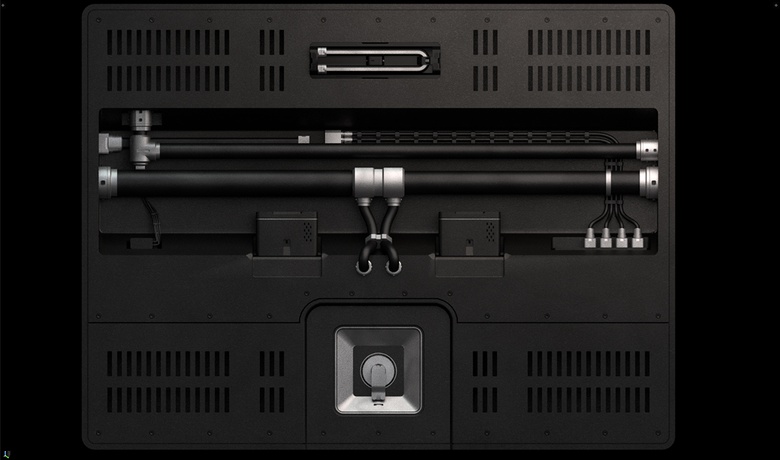 The air system was really fun to do. When I only used the panel in the scene it looked repetitive and boring, so I decided to create another section to go in between the first panels. 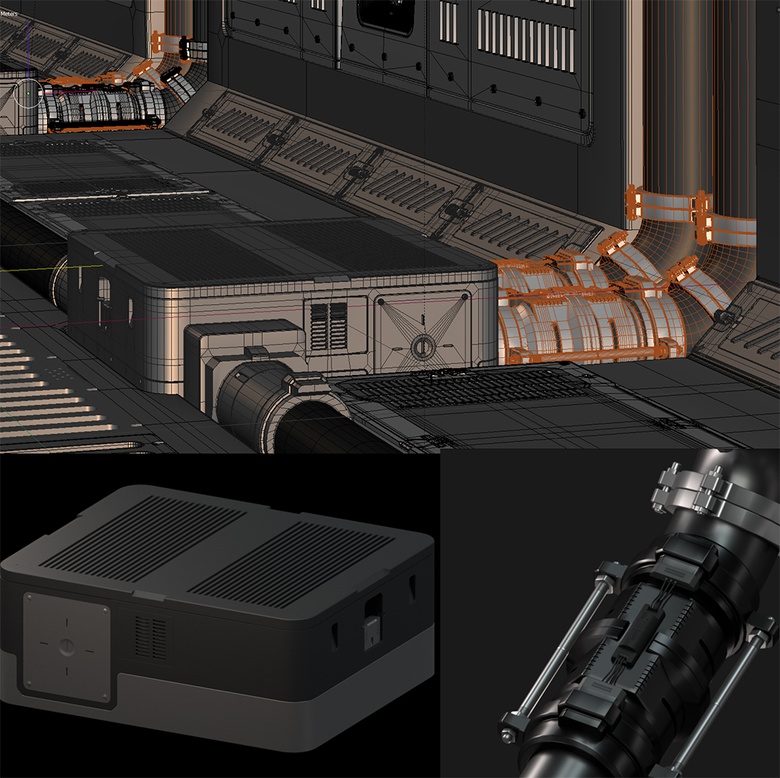 The gate keeper was also fun; I started with a basic sphere and added simple shapes to it - just to explore the design language of it. I didn't want something heavy and complicated but it needed enough details and equipment to look on functional.

Step 5: Make everything work together

Once everything was modeled it was time to bring it all together. I decided to go with a simple rectangle with cut corner shape for the corridor and started experimenting with asset placement. This is how I ended up with this final scene. 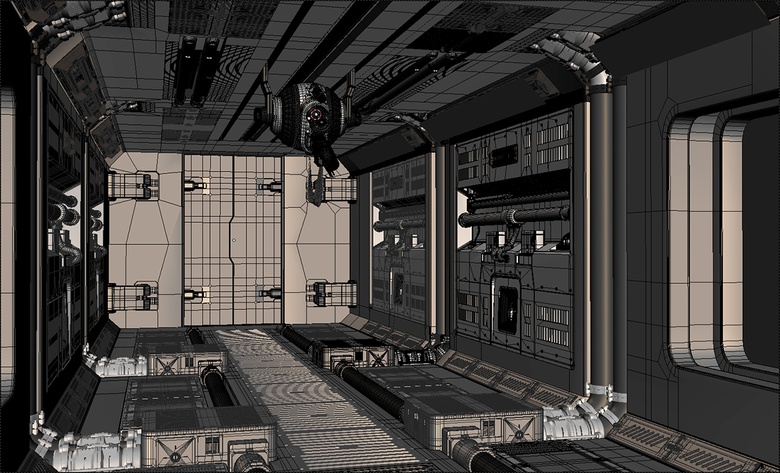 The rendering was pretty simple because of the time limit and time I wasted on computer issues. So I used one my custom made shaders that allows me to create things that are based on physical materials, from metal to plastic. The shader is pretty self explanatory but I will detail a few options. The first one is the spreading effect. As you can see it allows you to spread the Specular intensity.

Blender doesn't have an ID Mask Map and Clay render option so I had to figure out a way to create an effective one. There are many options out there but unfortunately they didn't give me the versatility I needed because it would involve a lot of post production tweaking. With this one it's integrated in to the shader itself and works like a charm. It is still in Beta at the moment but it will be released soon. 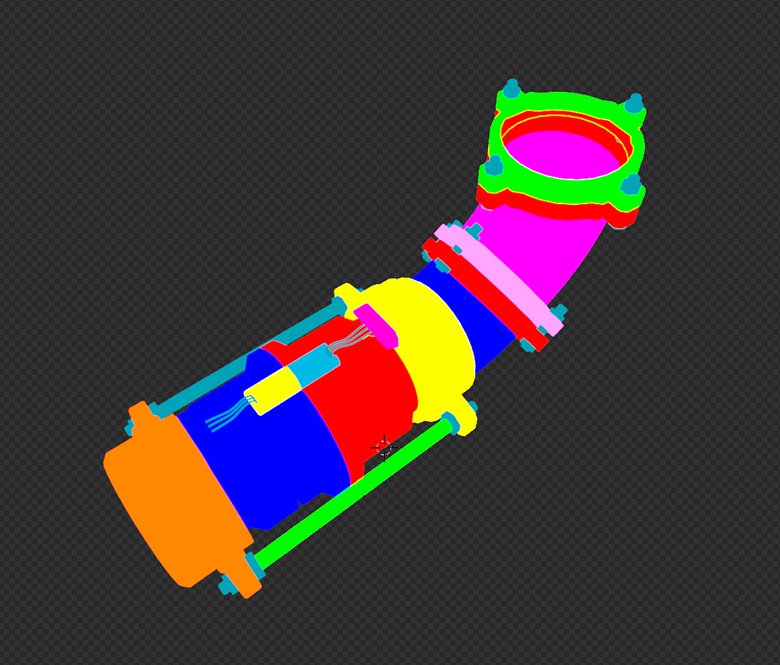 As you can see the render is pretty basic. I didn't want the classic dirt scene with scratches and stuff; just a clean, enhanced render. The fun started with compositing; I adjusted the ambient, enhanced the lights. I also started to add some steam and the laser beam.

Once I was done with the compositing part, I enhanced the image with few tricks. Before that I made a copy of the original .xcf GIMP extension file, flatten the image and started the touch-up process.

Gmic is a plug-in for GIMP that contains hundreds of filters and effects. For this image I enhanced it with the Freaky Details effect, High Pass, Chromatic Aberration, LUT and Curve Adjustment. 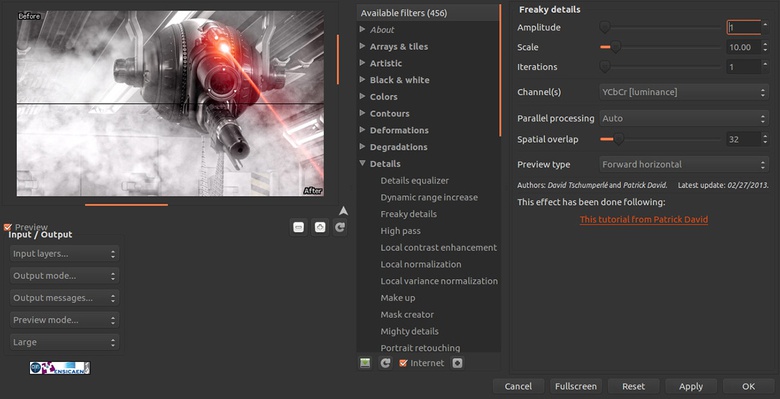 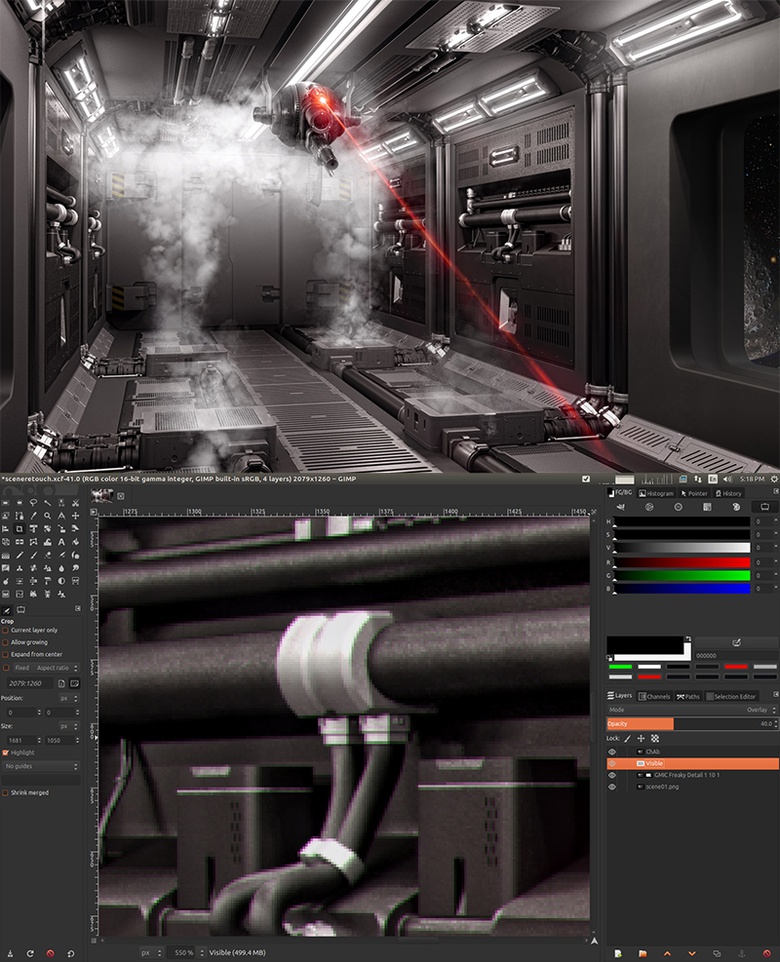 Touching up the final composition

One thing I found really useful with my system (Unbuntu 16.04) is the Unity HUD. It integrates the functions of the software you are currently using so you can call any of them by just pressing Alt and typing the name. 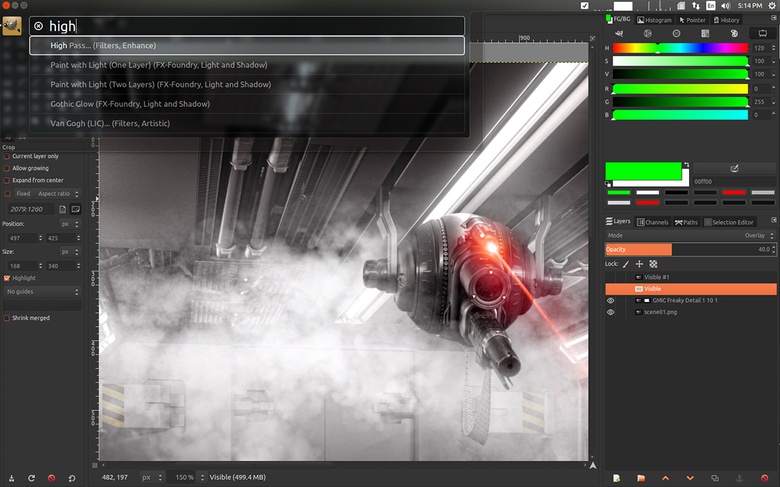 LUTS are use a lot in post production, especially by colorists and advanced retouchers. Gmic handles it pretty well and is versatile in tweaking. I use http://luts.iwltbap.com to get my LUTs; they have ones you can buy as well as a few free ones. You can Manually LUT your image with the gradient map tool or try to find Free LUTs online. Gmic support the .CUBE extension; once applied I adjusted it with the classic curve to soften it a little bit. 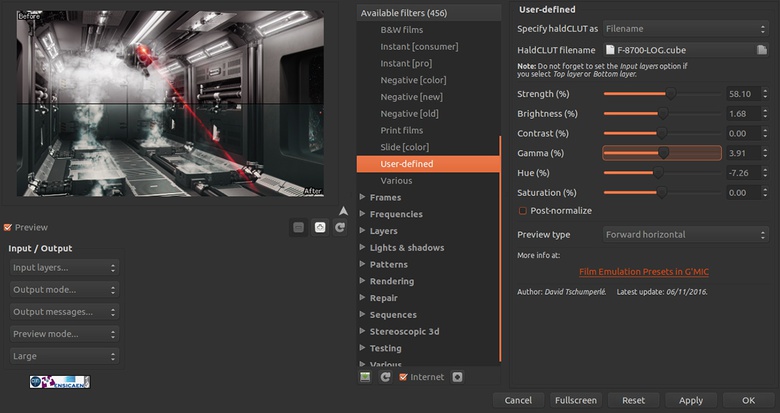 And here is the final image. It was really fun to make and I learned a lot in the process. I hope you enjoyed seeing my workflow. Here is a link to the assets I created for this project, feel free to download it and use it as you want. Thanks to the 3D Total team for the daily dose of inspiration, products and all the amazing stuff you work hard on it. 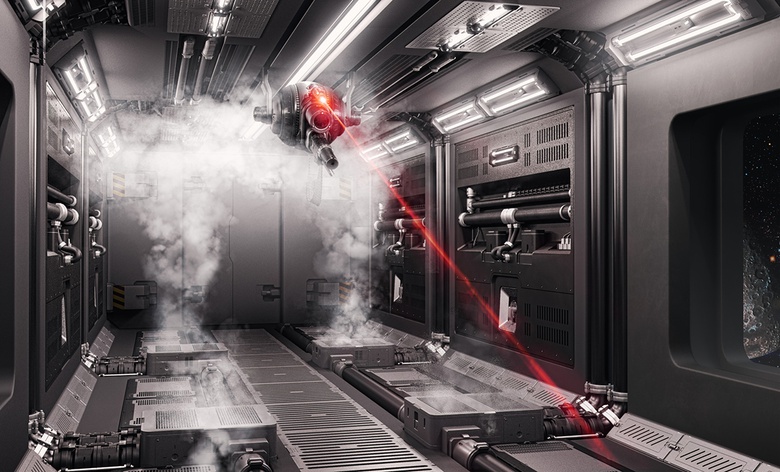