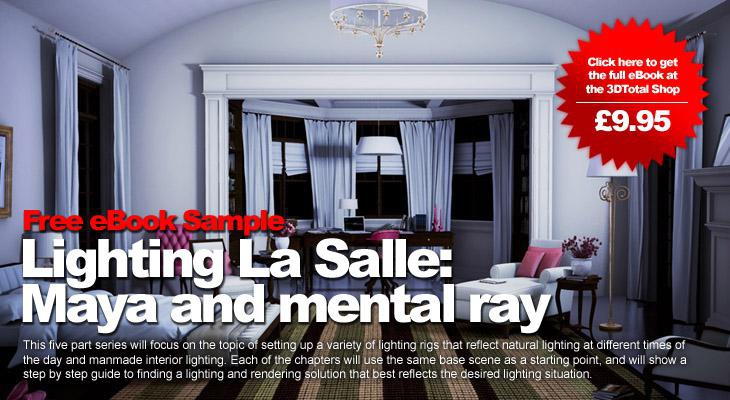 Please note: This eBook includes free resources, which can be obtained by purchasing the full product by clicking the banner above.

Welcome to the fifth and final part of the indoor lighting tutorial series. This time the work will be easier since we will just set up and use one light and then concentrate more on the overall look of the image rather than the lights' parameters.

Let's get started. Open the "NIGHTTIME03_Start.mb" file. It's almost the same as in the previous parts of the tutorial. The only thing that has been changed is the TV screen shader to create a self-illumination effect (Fig.01). 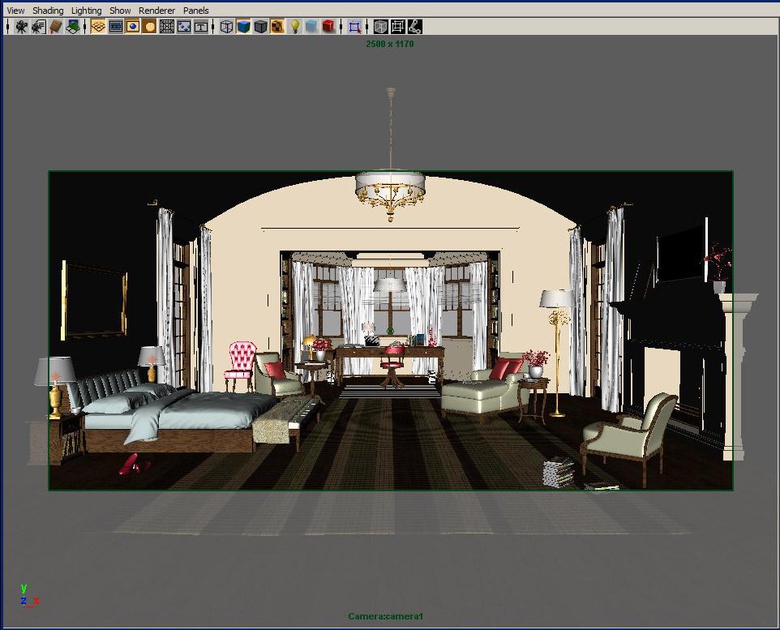 Create a new Area light and position it in front of the TV screen (Fig.02). 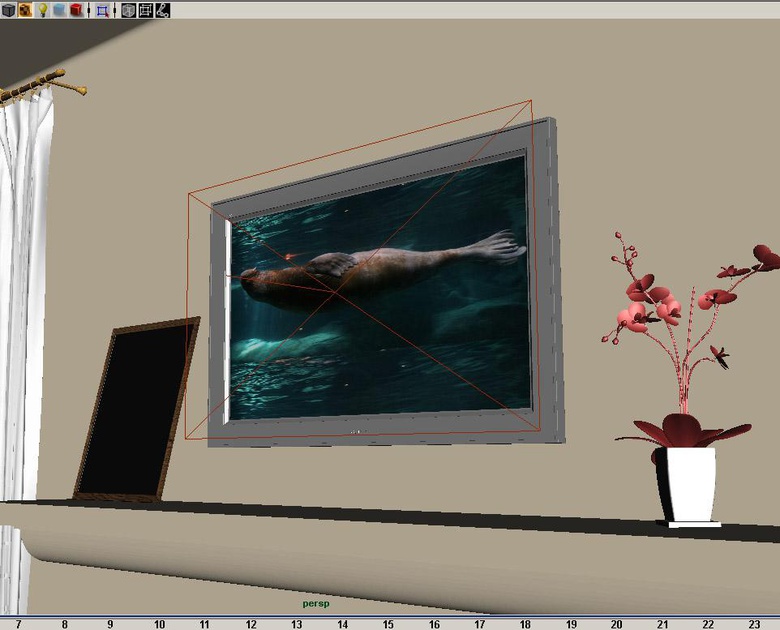 In Fig.03 you can see the exact values used for the light's position/rotation/scale. Make sure it's pointing outward. 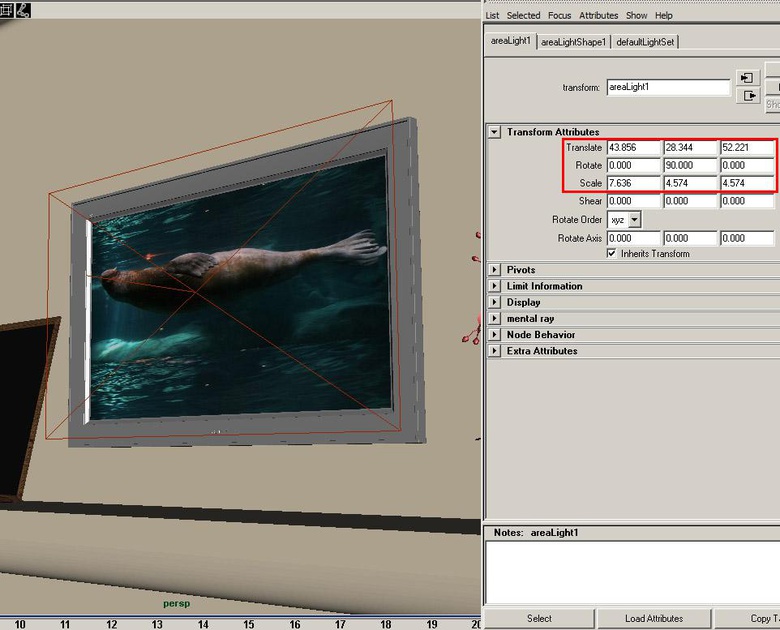 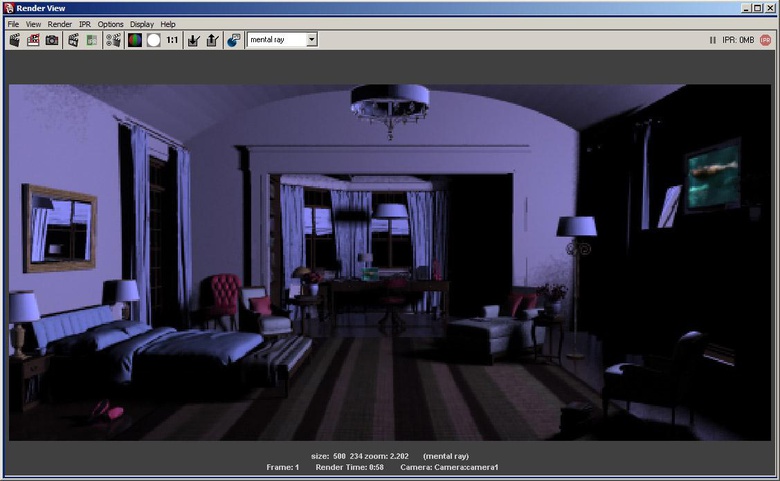 As you can see, the TV screen is our main (and only) light source in the scene; the opposite walls are being lit by the screen, while the back wall is totally dark. This is a good starting point for this kind of illumination, but we still need more light in the scene, even if it is a night time situation and we have only one light source.

Open the Render Settings panel and switch to the Indirect Lighting tab. We'll use some GI to make some more light bounce all over the room. Enable Global Illumination, set its Accuracy value to 200 and the Radius/Merge Distance values to 3 and 1, respectively (Fig.05). 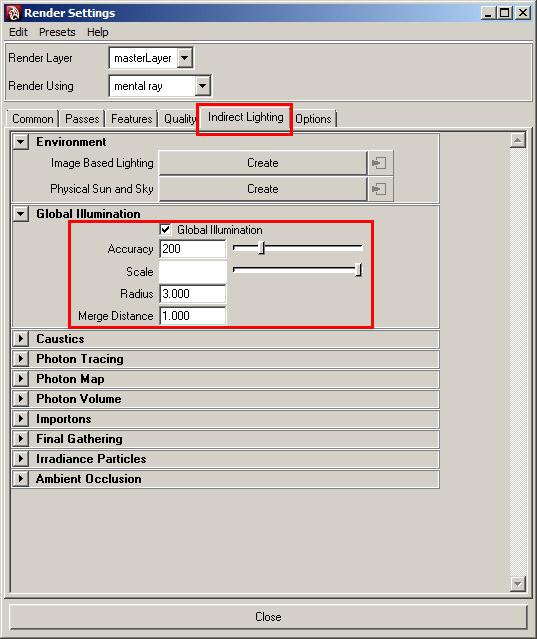 Go back to the Area light's properties, enable Emit Photons and copy the RGB color you set earlier to the Photon Color swatch. Also set the Photon Intensity to a higher value, like 100.000, and the Global Illumination Photons value to 1.000.000 (Fig.06). 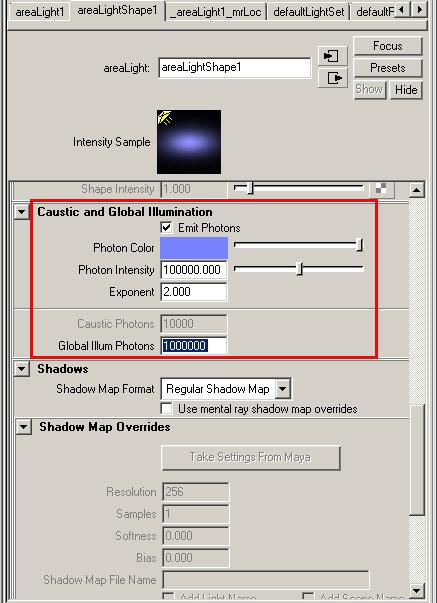 Do another test render. Now there's much more light (don't worry if it looks over-exposed, we'll take care of it later) and there are some photons visible in the scene (Fig.07). 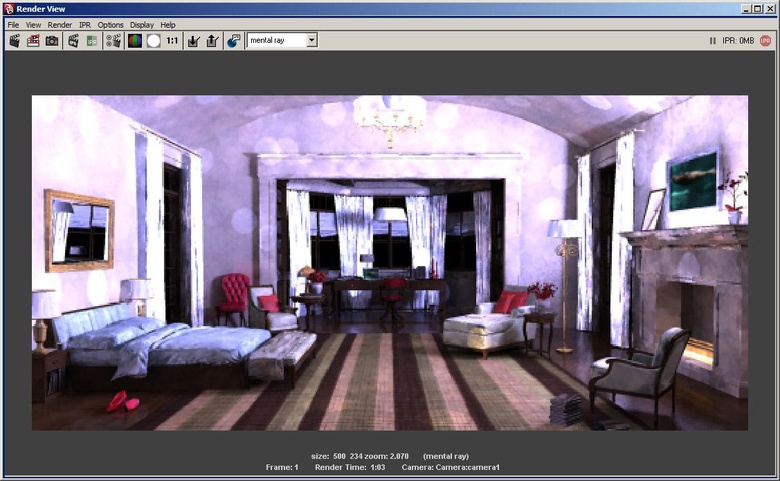 Go back to the Indirect Illumination settings and enable Final Gathering. Set its Accuracy to 100, Point Density to 2 and Point Interpolation to 100 (Fig.08). 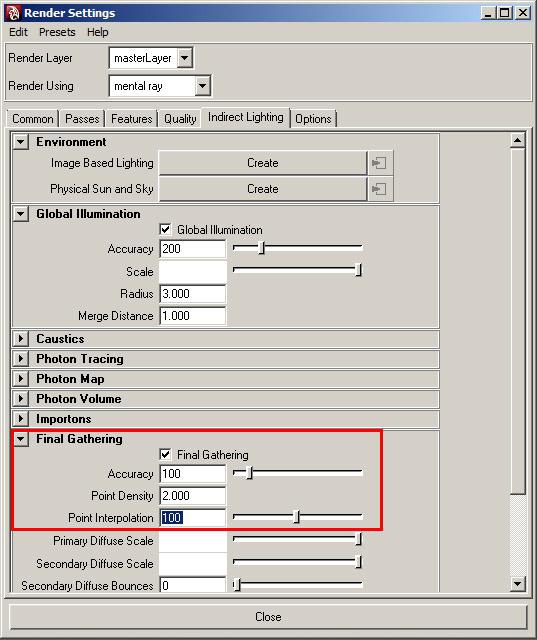 Render the scene again. Now it's much better, but the picture is still too over-exposed. We need the "mia_exposure_photographic" node to fine-tune the exposure and overall look of the image (Fig.09). 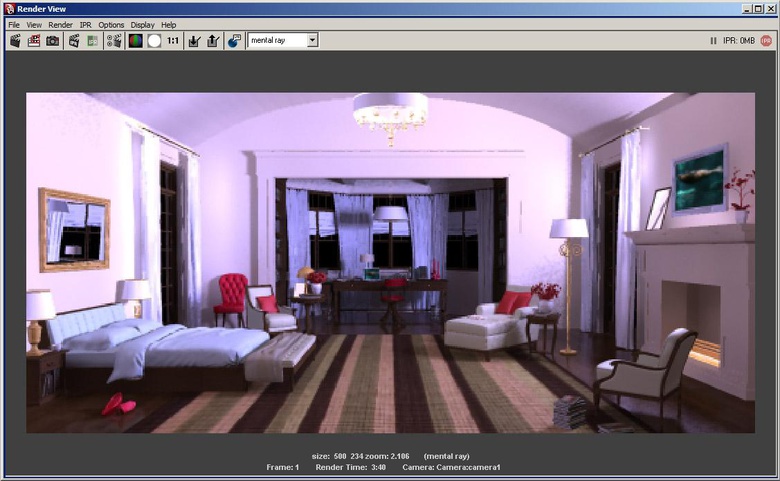 Open the Quality tab in the Render Settings and make sure that the Gamma value is set to 0.454 (Fig.10). 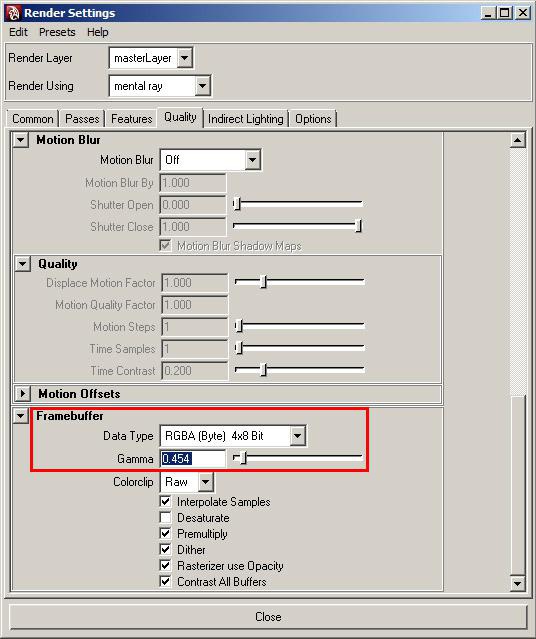 Open Hypershade and drag the Camera you're using into the graph. Drag a new "mia_exposure_photographic" node into the graph and connect it to the camera node (Fig.11). 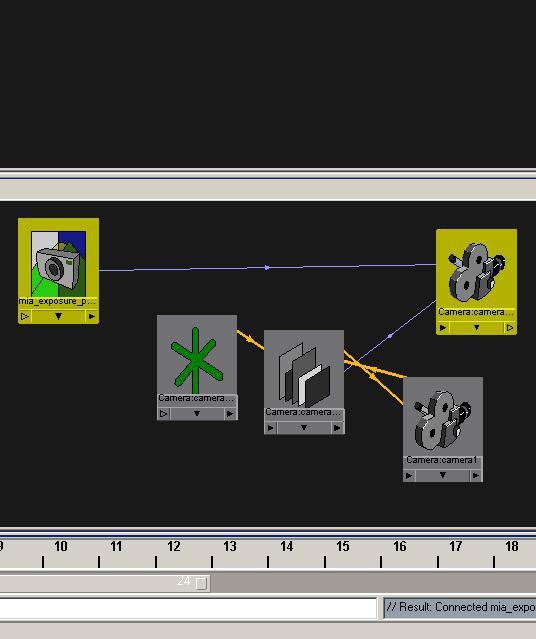 If you render the scene now, the picture will be all black; we need to set the exposure parameters. These are the parameters used in the scene:

In Fig.12 you can see a quick test render using the previous settings. 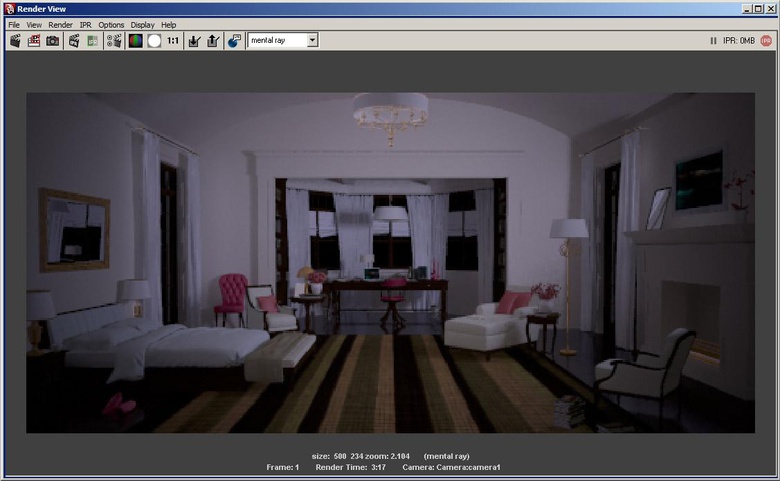 Feel free to experiment and play with the "mia_exposure_node" parameters until you get the desired result. Keep in mind that for this kind of illumination the picture should be quite contrasted and saturated, since the only light source is the TV screen and there is no other light coming from outside.

Now we're ready to render the final color pass. Set the desired resolution for the rendering, increase the AA settings in the Quality tab (Render Settings) and if you still have splotches and spots caused by the photons, try to increase both the GI and FG Accuracy values. In Fig.13 you can see the final color pass rendering.

Just like for the other tutorial parts, we also need an Ambient Occlusion pass. Select all the geometry objects in the scene and assign them to a new Render Layer called AO (Fig.14).


Create a new Surface Shader in the Hypershade and connect a "mib_amb_occlusion" node to it. You can see its parameters in Fig.15.

Open both the color and AO passes in Photoshop. Copy the AO pass over the color one and set its Opacity value to about 63. Also, set its blending mode to Overlay (Fig.17).

This way we'll have a nice, contrasted image, maintaining the saturation. Use the Image > Adjust > Variations tool to adjust the overall color and shading. In this case, some more Cyan/Blue was added (Fig.18).

Select the TV screen (or you can just render it separately in Maya and save it) and duplicate it over a new layer (Ctrl + J shortcut key) (Fig.19).

Apply a fair amount of Gaussian Blur to it and use the Hue/Saturation tool to create a nice and colored glow effect for the TV screen (Fig.20).

In Fig.21 you can see the final picture.

So this is it. The interior lighting tutorial series ends here. I hope it has been useful and inspiring for anyone following. Happy rendering and see you soon!