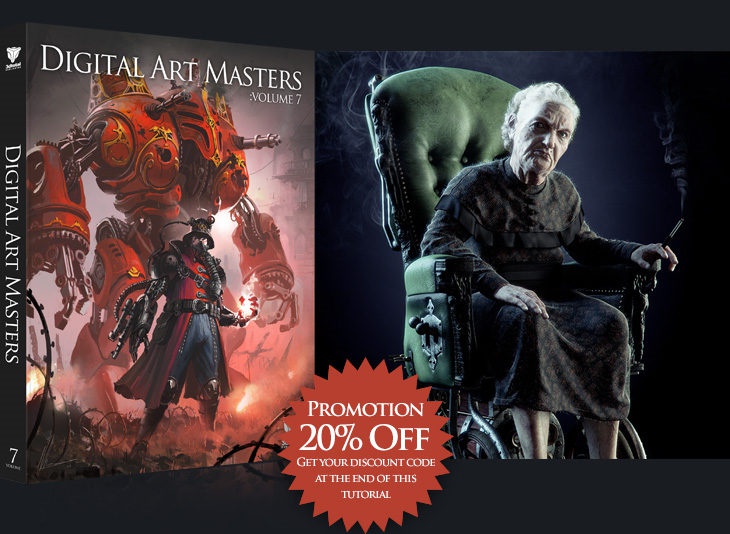 Hi, my name is Arda Koyuncu. I am a 3D character artist currently living in San Francisco. I always thought there were dark elements to fairy tales and with this in mind I wanted to create all the characters from the famous tale of Red Riding Hood in a twisted way. In my re-imagining of the story Grandma is the evil mastermind. I wanted to use steampunk elements in the image to enhance the creepy look, with machines made from dark and dull colors.

Once I had settled on the concept I spent some time collecting reference images. When I felt I had enough resources to start work on the model I started creating a body base in Maya. I tried to keep the topology as clean as possible, but since I planned to make major tweaks in ZBrush later I retopologized the model as I went along (Fig.01). 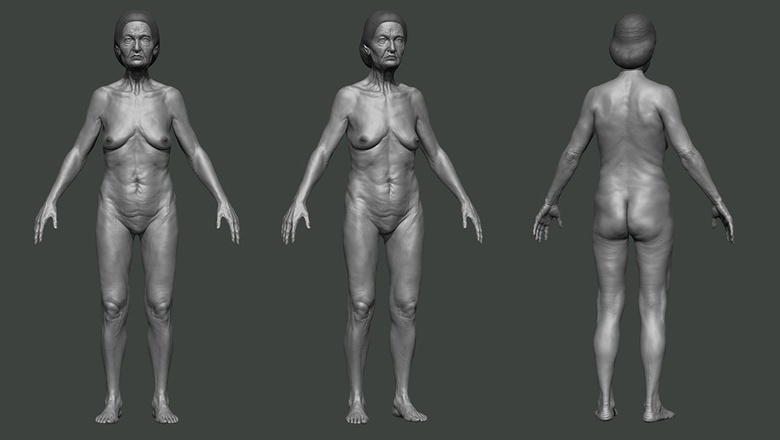 The first thing I do when I import a mesh into ZBrush is to make sure that I create a solid structure and silhouette. I avoid focusing on any one part in particular and try to develop the whole model at a similar rate, which helps to tie the different forms and shapes together. When I feel happy with the major forms, I export the mesh for retopology.

When sculpting both major and minor areas it is important to consider factors such as age, gender, character and profession. Here is my attempt at sculpting a hand suffering from rheumatoid arthritis (Fig.02). 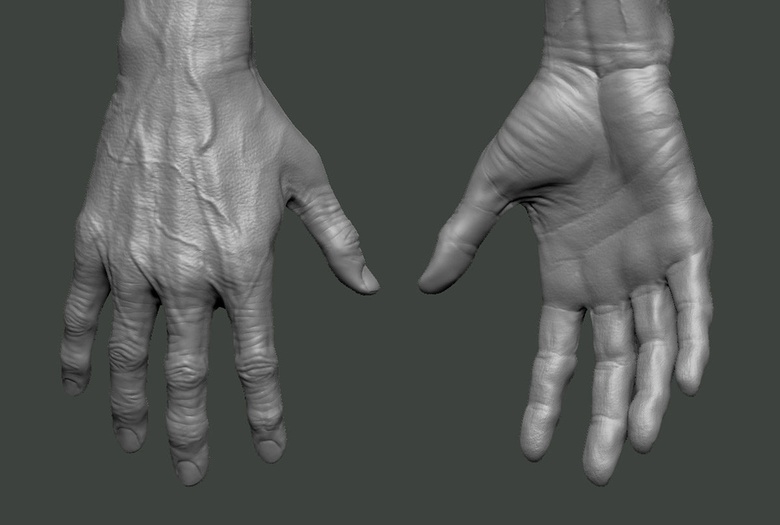 The face is one of the most important areas of focus for the majority of characters. Whilst sculpting the sagging and wrinkles on her face I made sure that I didn't entirely lose the female form and character, despite the fact that women tend to lose their feminine look as they age. I also sculpted a rough hair mesh to make the process easier (Fig.03). 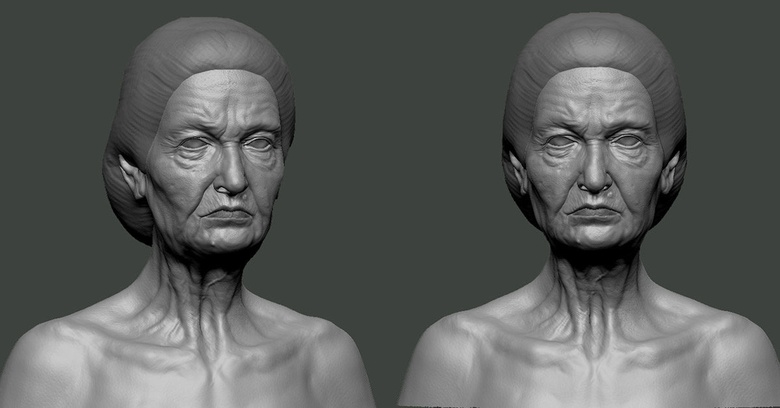 When I started working on the wheelchair I began with primitives and made sure the shapes worked well together. Once happy I proceeded by refining the shapes. Most of the chair is modeled in Maya, but I sculpted the leather seats, wooden ornaments, wear and fine detail in ZBrush, and retopologized it as I went along again (Fig.04). 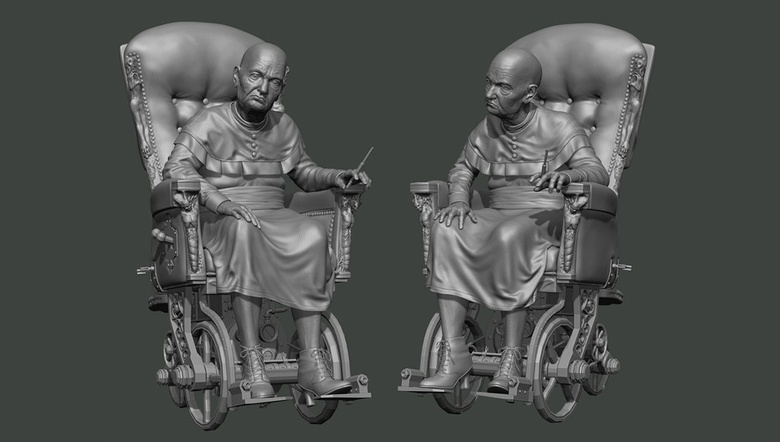 I wanted the fabric, chair and basically the entire scene to look worn but not too old. Whilst I was playing around with the shaders I had an idea about which colors to use as a base. For the wood, iron and leather materials I used high resolution images that I projected onto the model in Mudbox.

When creating the shader for the clothes I used the Additive (shellac) mode of the VrayBlendMaterial (Fig.05). To blend these I created two VrayMtls, one for the pattern and the specularity and the other one for the velvet effect. 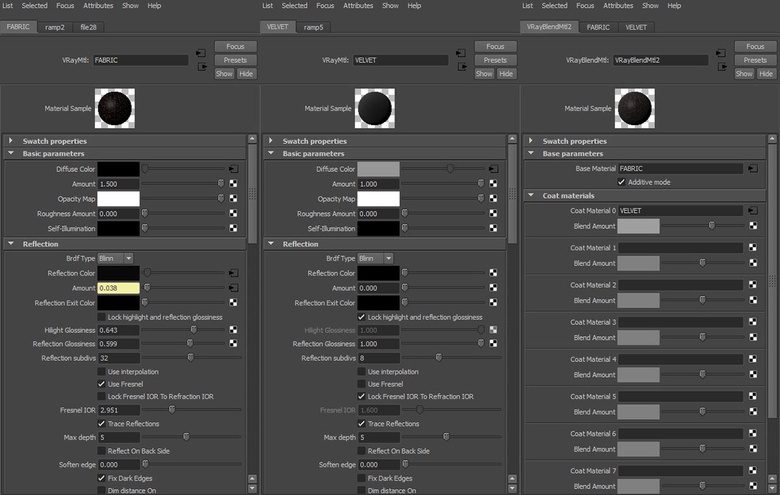 For the velvet shader I used pretty much the same trick, but this time I adjusted the diffuse aspect of the material instead of the reflection using a samplerInfo node and a ramp. For the Subsurface Scattering shader I once again used a VrayBlendMtl in Additive mode. The reason for this is because I could not achieve a decent specularity with VrayFastSSS, so I used a VrayMtl to get the effect instead. I created a VrayMtl for the specularity and a VrayFastSSS to get the color and scattering, and blended them in VrayBlend Mtl (Fig.06). 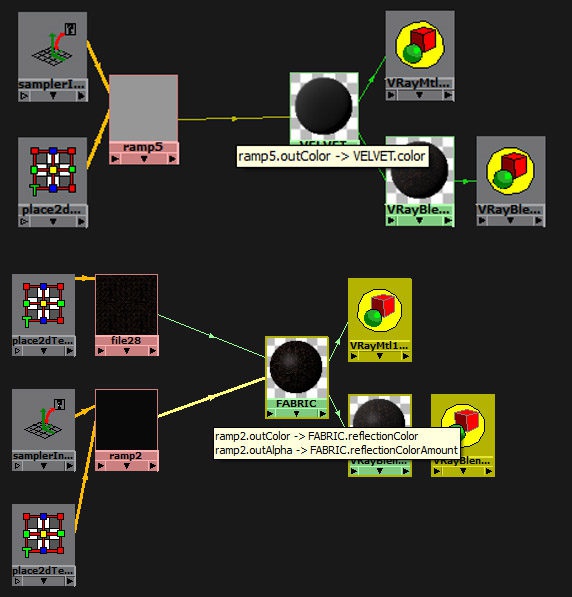 When I began lighting the scene the first thing I made sure to do was to set up V-Ray for linear workflow. After experimenting for a while I ended up using four V-Ray rectangular lights. V-Ray lights are pretty straightforward and work pretty well by default so I did not really tweak them that much. I mostly worked on the light color and intensity.

When I felt comfortable with everything I started working on the fuzz for the clothing and the legs. For this I created a separate scene with the same V-Ray and lighting setup. I then selected the surfaces I wanted to grow fuzz from and adjusted it using Shave and Haircut.

Once everything was rendered I combined it all in Photoshop. I adjusted the backdrop by adding a smooth purple gradient to compliment the green chair and emphasize the character a little more. I also added the smoke effect and hair in Photoshop courtesy of some high resolution images that I painted over to get the desired effect (Fig.07). 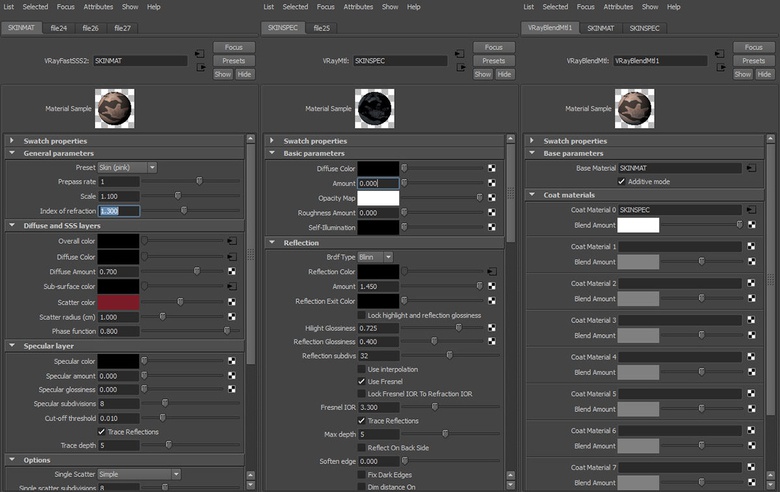 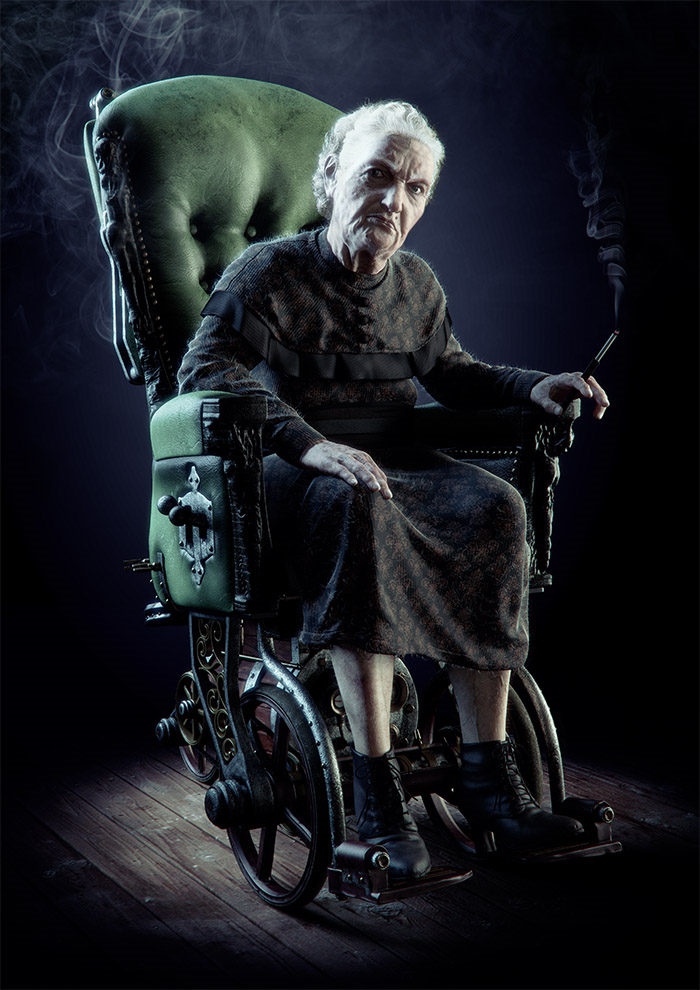 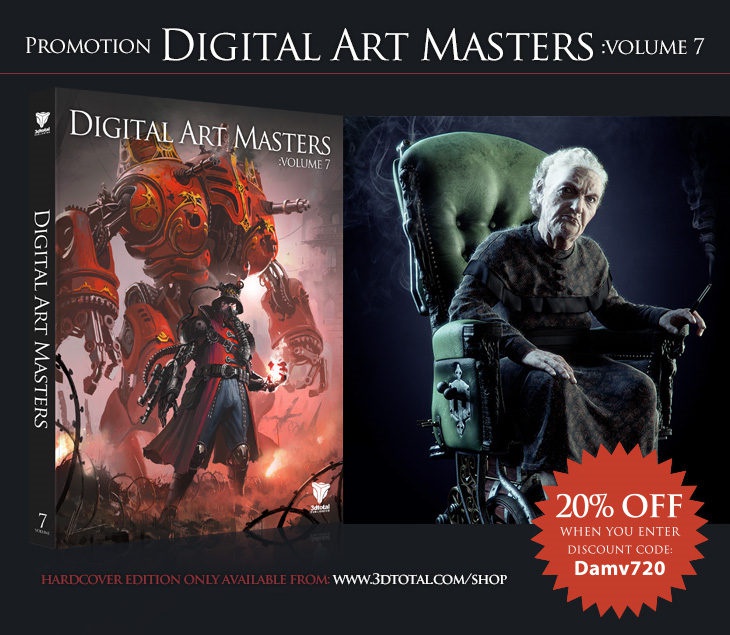