Creating zero-gravity shot in Cinema 4D and After Effects

Nikolay Okolita and Dmitriy Glazyrin from Mondlicht Studios prepared a tutorial exclusively for 3dtotal. The tutorial is based on the video “Elevation” created by the team for Motion Design Awards.

The video aimed to support the motion design community during the challenging 2020, which made all of us locked in our homes and relocated our lives much more into the digital space. That inevitably accelerated the changes we see today – creativity influences our world through the screens. So, Mondlicht Studios came up with the idea to combine two worlds – the real one and the digital one.

“From the start of the project, we had all the freedom we could imagine. Together with Motion design Awards, we managed to create a beautiful story illustrating the true power of creativity and imagination”.

The shot was inspired by the atmosphere of Germany at the end of the 90s. This combination of bohemian style and challenging sociocultural changes led to the beginning of the unique style associated with the period. In particular, the team was influenced by the interiors of Atomic Blonde (2017) and Suspiria (2018). 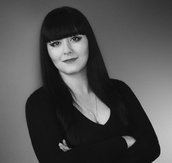 “Visual language is one of the most interesting ones. If you try to evaluate any movie or video with a full understanding of historical, social and cultural context, it will allow you to notice much more. So, after watching Suspiria by Luca Guadagnino, we also explored the original movie created by Dario Argento as well as refreshed our knowledge of history and culture. One more addition to our list was the movie by David Leitch with stunning Charlize Theron.”

To find a solution for this visual challenge, the team used Quixel Megascans as well as 3D models, which you can find on the popular platforms (CG Trader, TurboSquid, etc.).

After all the assets are gathered, you’ll need to work on the composition. Working on the interior design, it’s vital to make it atmospheric, but, at the same time, not to lose the bond with the mood and period you want to depict. Every detail in the scene plays its role and helps you enhance the image and create a balance in composition and color. 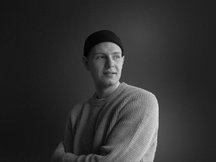 “Try to invest in pre-production as much time as you can. First of all, you will have enough time to discover unique solutions without using the first idea which came to your mind (usually, all of them are pretty mediocre). Also, you’ll develop a full understanding of what you want to create and enhance every detail in the scene. With such preparation, the production itself will be smooth and fulfilling.” 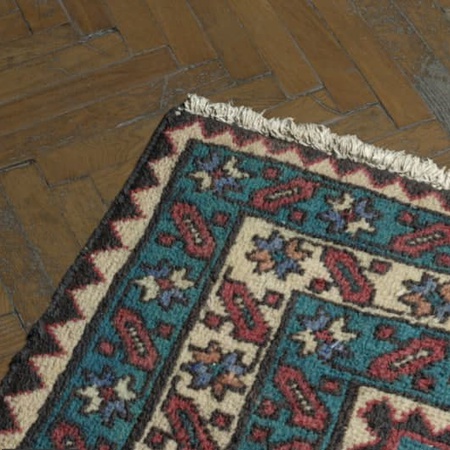 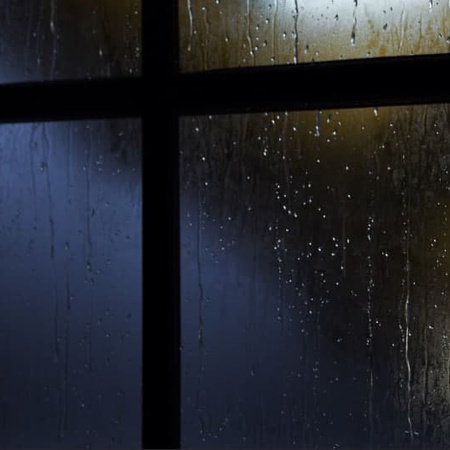 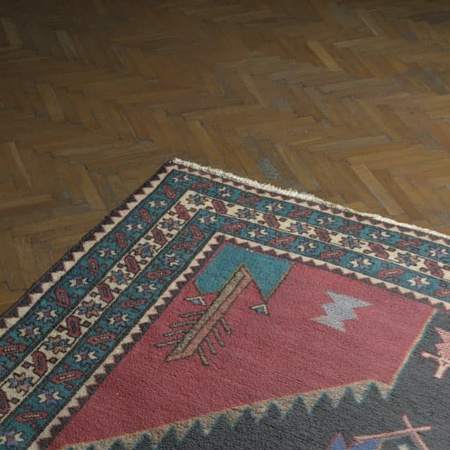 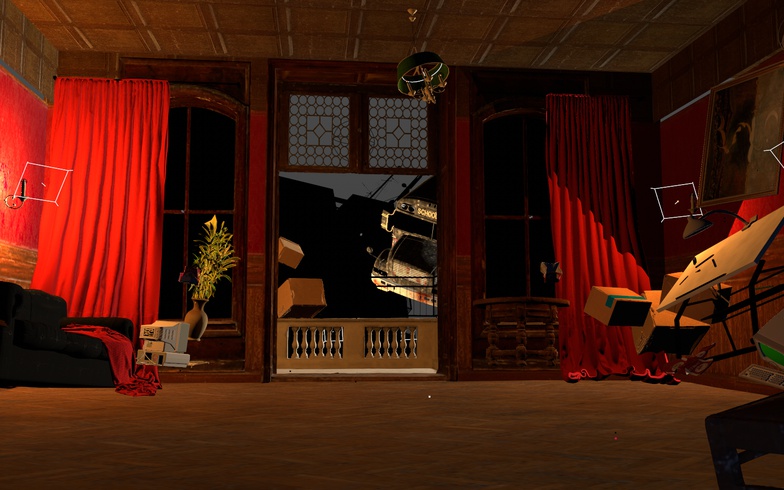 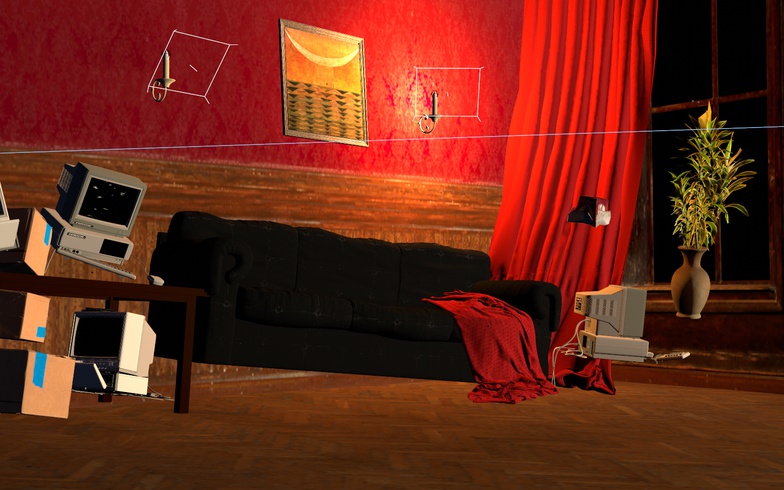 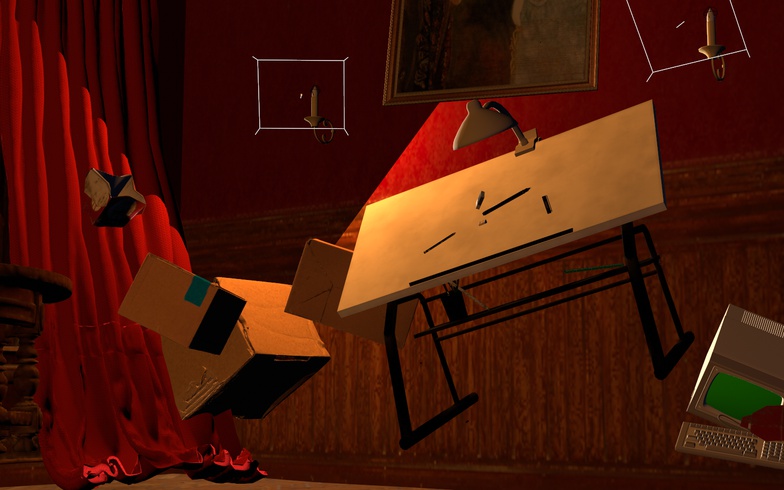 Complex lighting is one of the key ingredients of any beautiful scene, which is why the team worked on global and local light sources. To add more depth to the scene, use VBD FOG.

The team used a motion camera setup to create a realistic camera movement and a wide-angle lens to emphasize the room's depth and scale.

“Working on composition, always use fore/middle/background. The objects in the foreground help you to demonstrate the depth of the image. In the shots, the chair in the room and the building in front of the bus create the necessary effect.” 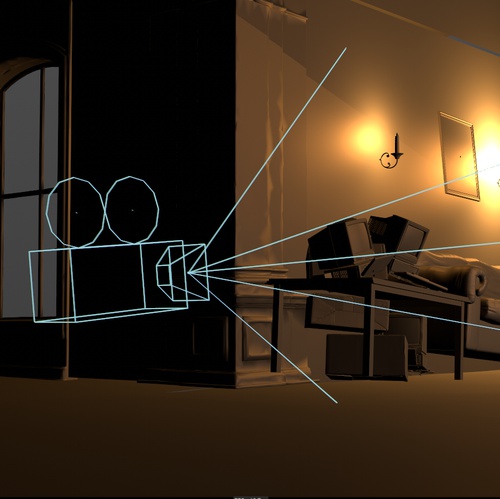 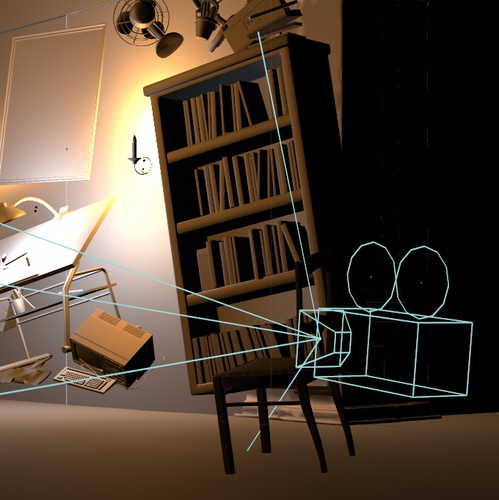 The trickiest part of the scene is connected with the loss of gravity. To create the effect, the team had to animate all the assets in the scene. The objects in the scene are not static, they are moving up. So, you'll need to place the objects as if they had already started the movement and then logically animate the assets as if they continue their way up.

Before hitting the "Render" button, you need to ensure that all necessary tags are included in the list. Using the passes during compositing, create the final look for the shot. Also, use an external compositing tag to get the points inside the 3D scene, which will allow aligning post-effects. 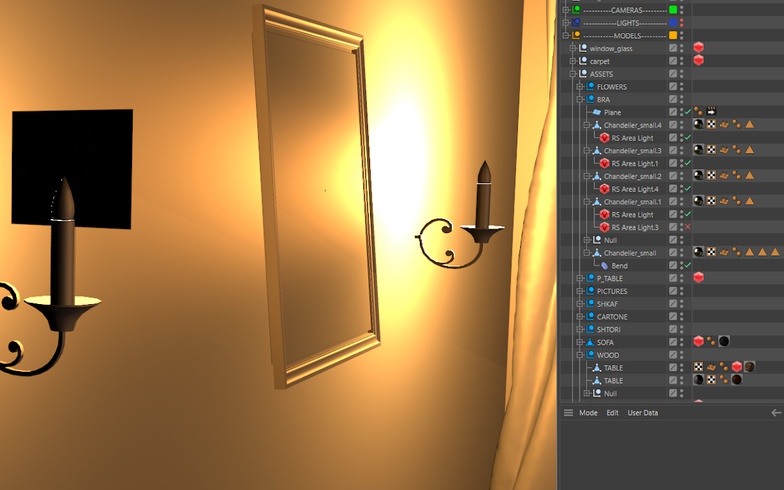 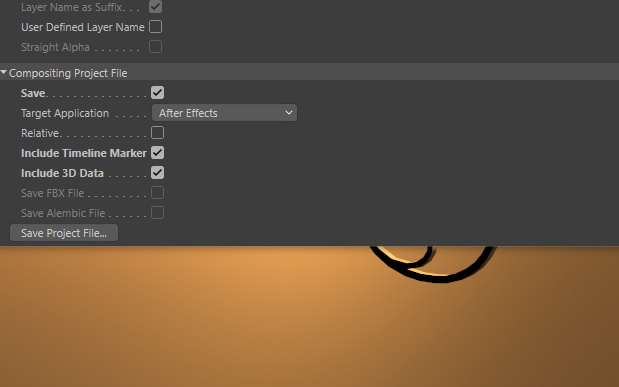 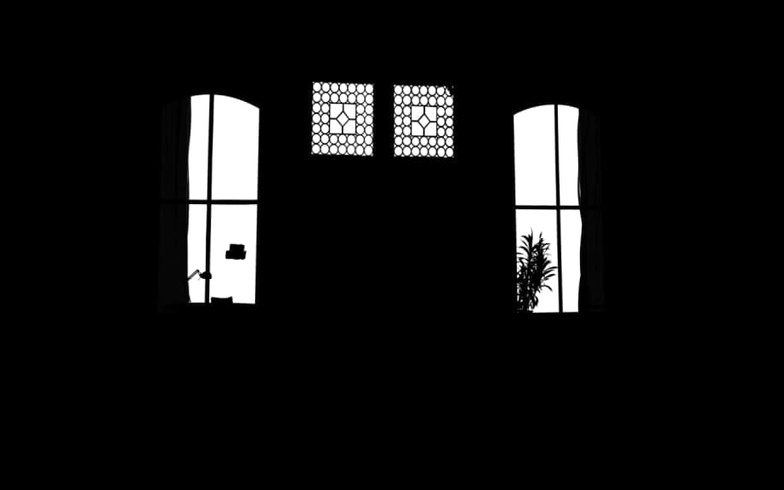 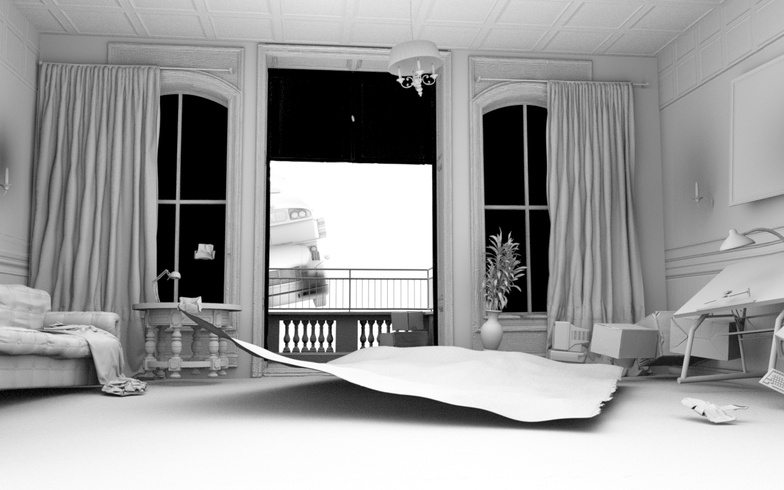 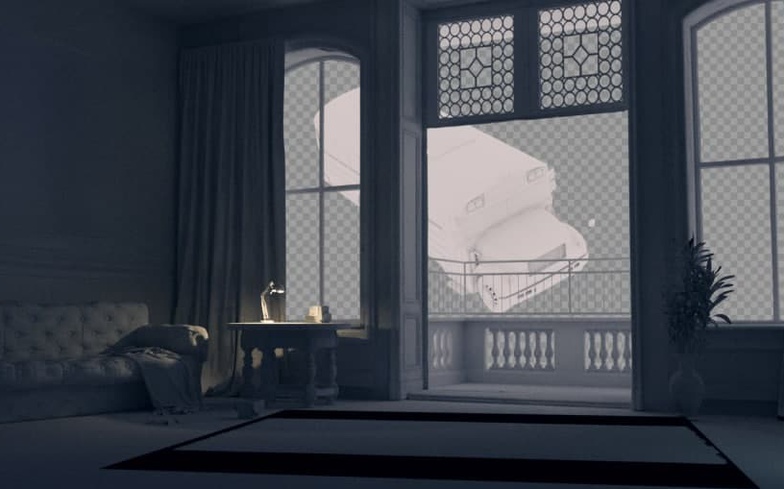 During the compositing stage, use masks to flexibly control local lighting sources and other objects in the scene. This pipeline allows you to enhance and adjust the image without going back to the Cinema 4D. 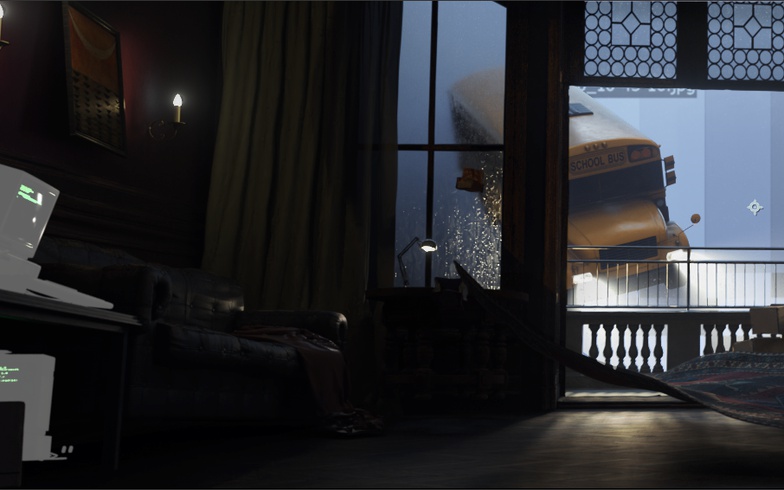 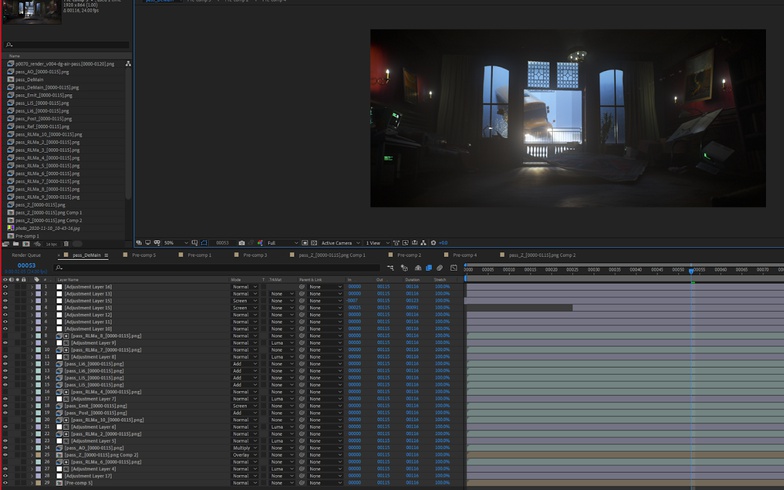 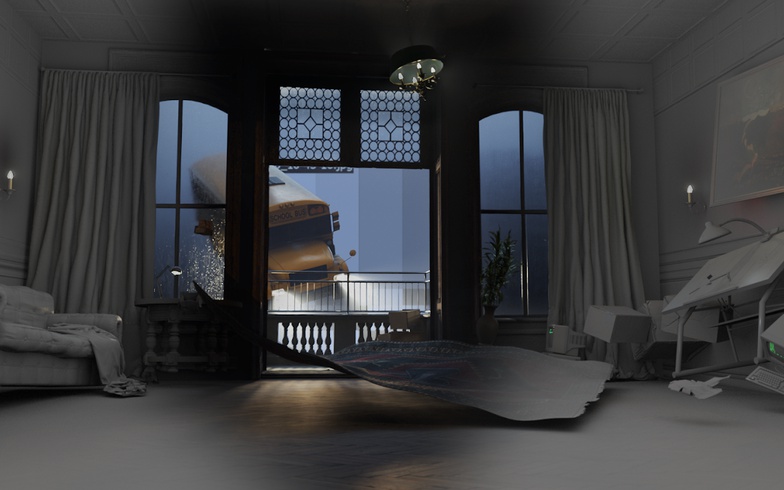 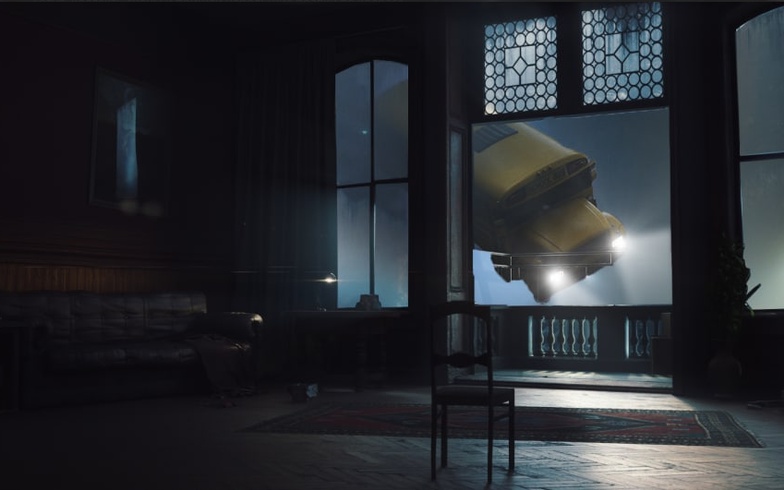 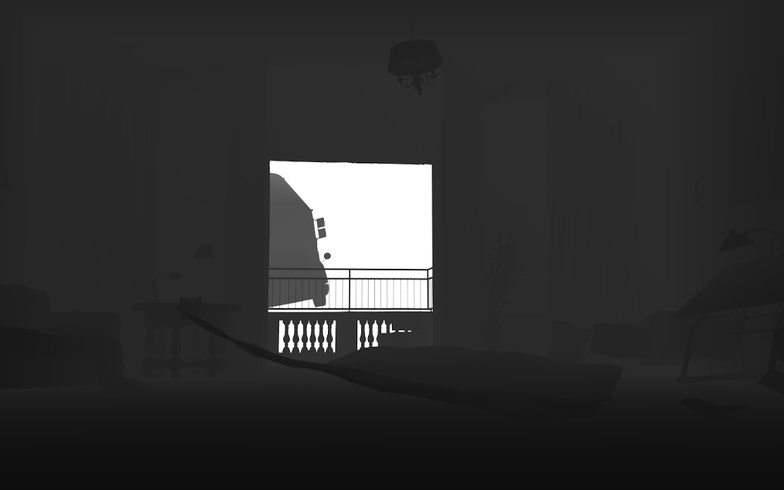 When the still image is approved, you need to render the whole sequence.

The team used custom colors luts for the image, added chromatic aberrations and noise to create a more cinematic look. 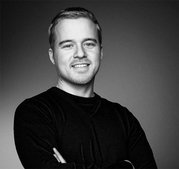 “There is a lot of power in post production. You can pull off some really huge improvements and add other 'post production' effects. Depending on the project, this can take days or just a few hours of color grading and details. So it's crucial to think ahead. With big productions even more so.”

Drops on the window

To create the close-up with the drops running up on the window surface, the team used realistic animated raindrop material, which you can download here.

To create a slow-motion effect, use Twister plugin and then invert it with the help of Time Remapping creating an animated loop. Then it would help if you rendered a PNG sequence to use in shading for the window. To get the effect of the drops moving up, you need to flip the drops, and the job is done! 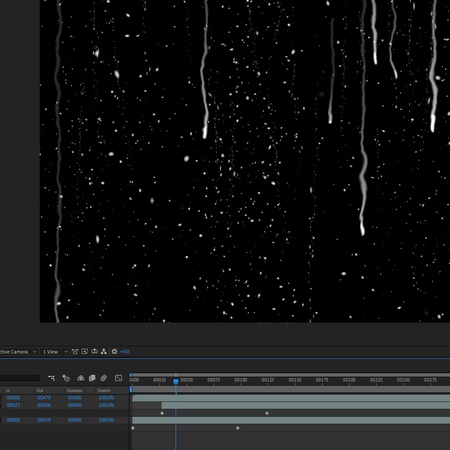 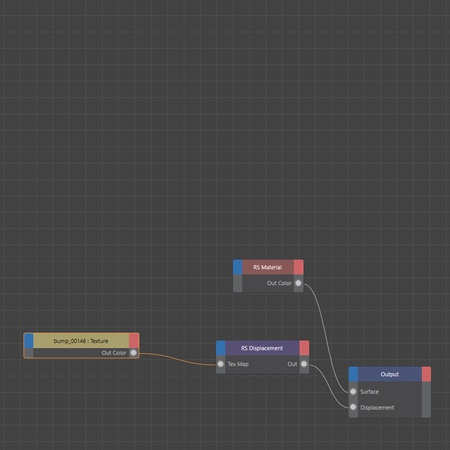 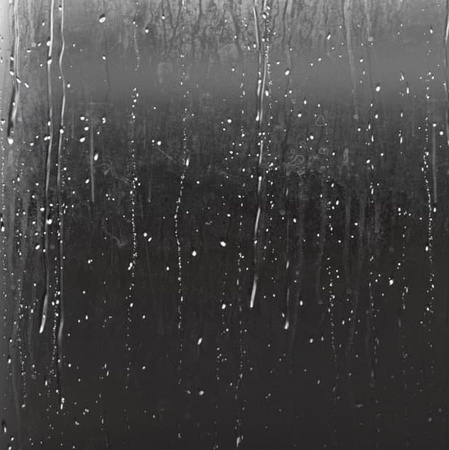