Create a fantasy female in profile

3D character modeler Vahid Ahmadi takes us through the process for his fantasy female character in a headdress, created with ZBrush & Photoshop...

I am freelance digital sculptor and 3D character modeler, and here are some quick tips about how I made "Sad" which was sculpted and rendered in ZBrush, with post effects in Photoshop. This piece was based on a concept by guweiz which you can find here.

Blocking the big shapes and forms in ZBrush

I started with very basic shapes and forms in ZBrush and blocked everything in. As well as the basic shapes of the birds, I also kept the hair basic to control the direction of the hair. After that, I used the DE HairTubes brush, which you can download here.

For the rest, I modeled the assets using ZBrush Zmodeler, the topology brush, Zsphere, and I used a variety of curve brushes. 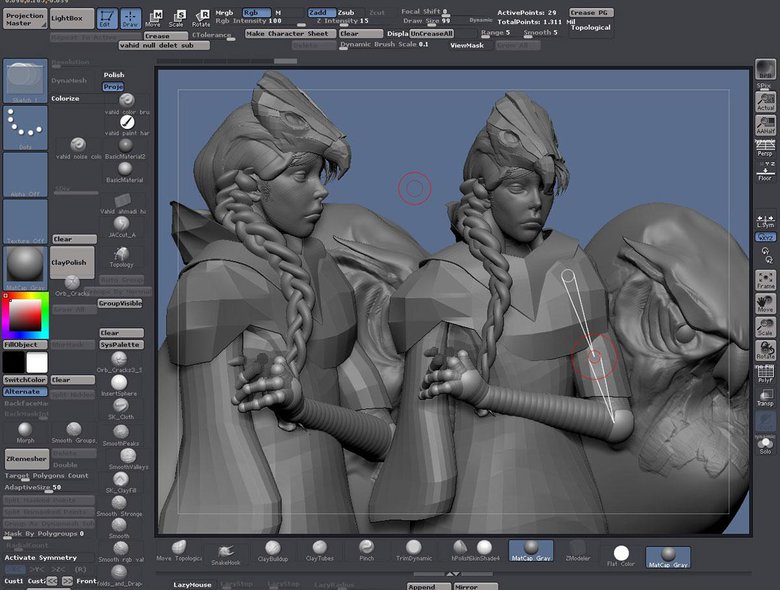 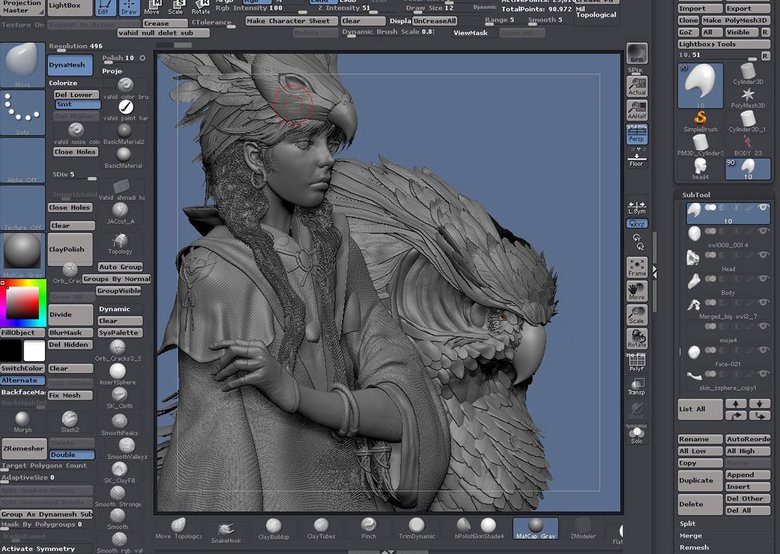 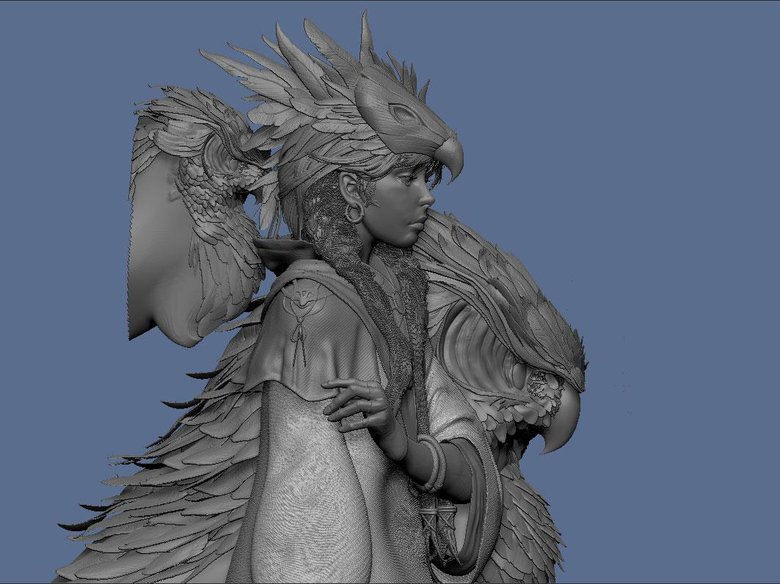 You can either create a ready rig for your hands or you can simply add a Zsphere to your scene and simply pose it. Posing fingers with Zsphere is pretty handy and simple, and after that you can make a skin for them. To connect the hands you can merge two SubTools together and simply use a curve bridge or Zmodeler bridge. There are some other methods out there but these are the cleanest and easiest ones. 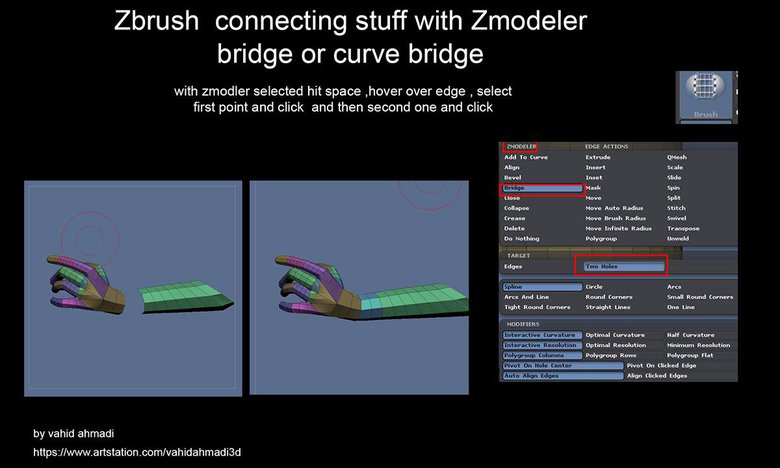 Like Photoshop, you can vary your brush tip and values within ZBrush .One method is to add some alpha in the ZBrush alpha tab, such as alpha 28, and right after play around with it a bit. Add noise in modify tab to add texture to it, and you can experiment, using many different alphas, and playing around with noise and noise alpha to make your desired brushes. To paint efficiently, I highly recommend watching 2D painting videos to understand the fundamentals. 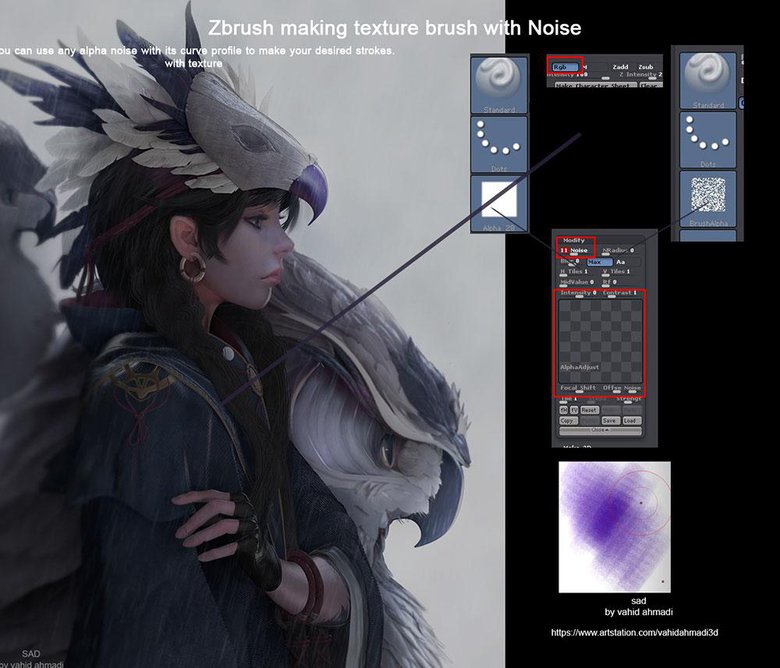 If you head to noise and play around with the scale values and angles, similar to the image below, you can very quickly create some wood textures. I used this on the headdress, and then saved the texture for use in future projects. 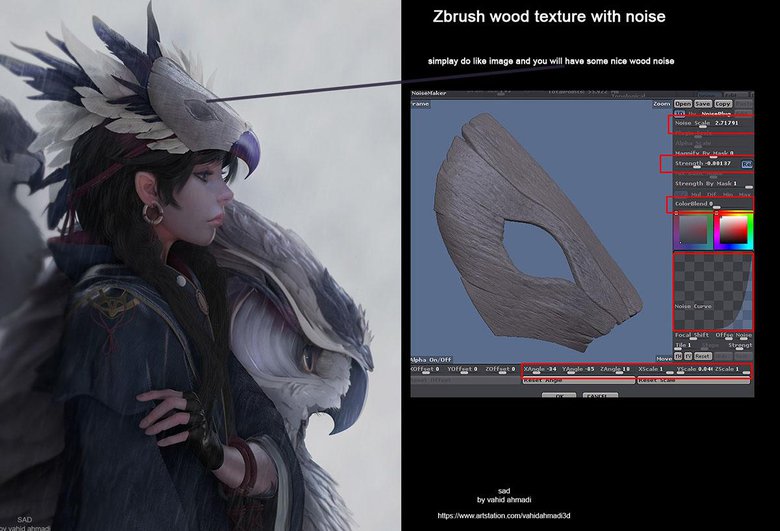 Use Zremesh to make your high poly mesh, low poly, and then sculpt a feather and decimate it, creating some polygroups depending on your subject. You can then use a nano mesh brush to scatter the feathers on your mesh, using Align to normal to begin with, before playing around with different values to make it more random. I repeated this and used the move brush until I was happy. Again, I had an asset I could save for a future project.

Using ZBrush's sub-surface scattering pass is very good for adding atmosphere, while also having an effect on the object. After, I used Photoshop to add clouds to the background and play around with levels, saturatution, and so on. This enhanced the Sss pass. I also added a rain photo from the internet and set the blend mode to screen, to add a rain feeling to the scene. 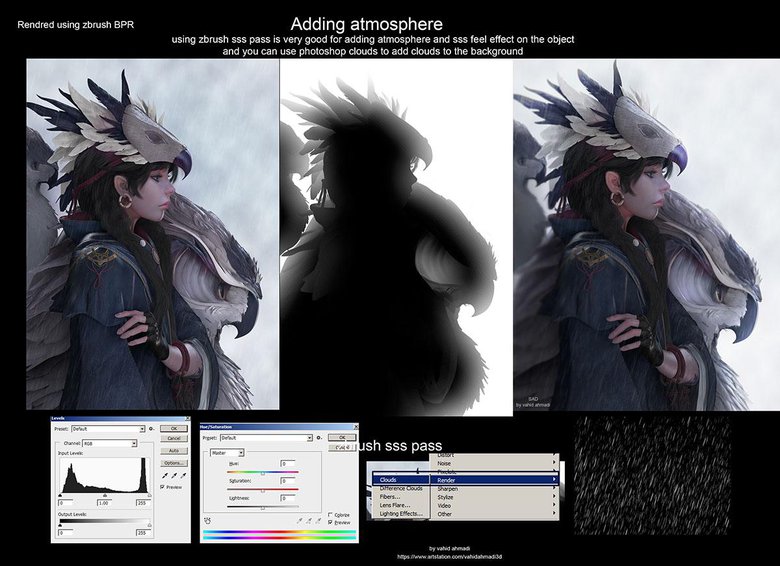 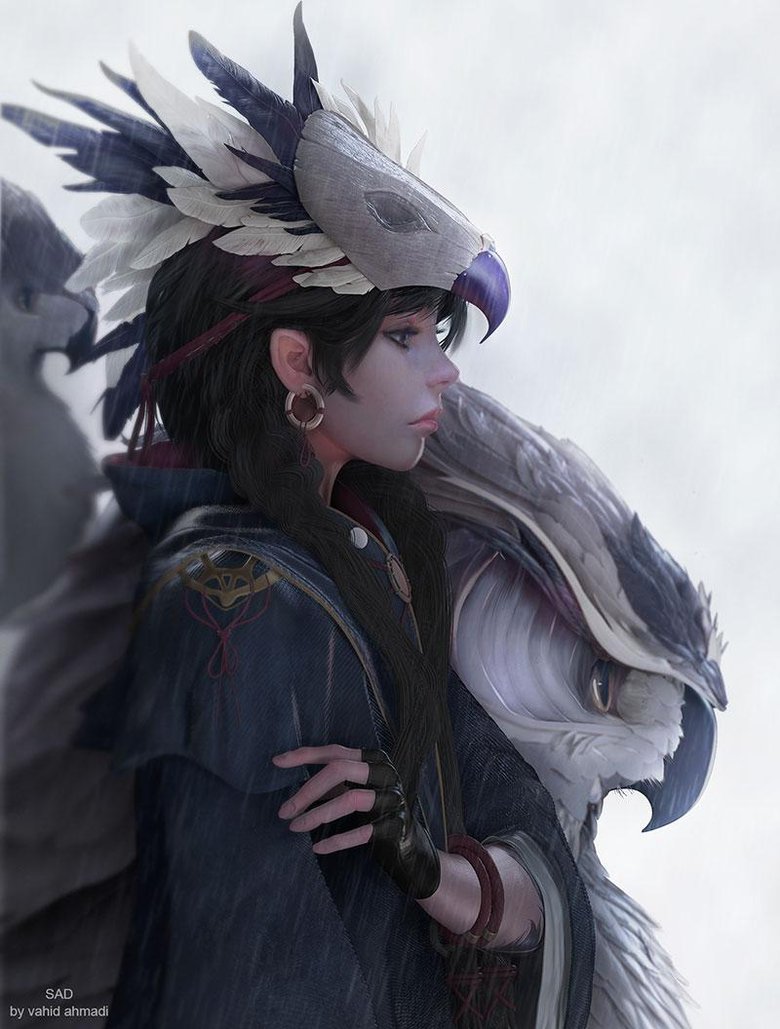