In this 3 part series, 3D artist Maria Cifuentes will take you along her thought process when creating her latest piece “Athena” in Maya and ZBrush…

“Athena” is a CG Goddess, and my final project for the intermediate term of Think Tank Training Centre. “Athena” was inspired by the photography of Amanda Diaz. In the first chapter I will go through how I came up with my concept, where to look for inspiration, the importance of organization, and the initial modeling/sculpting for both the character and the armor. In this chapter I mainly use Maya, ZBrush, Photoshop, and PureRef to gather my inspiration and references

Coming up with a concept

For this project I wanted to experiment with human anatomy in some sort of fantasy concept. I also knew I wanted to work from a photograph. I used Pinterest, ArtStation, and Instagram in order to find a concept I would like to recreate. I found a lot of amazing photographers who focus specifically on fantasy photography. However, I think when looking for a concept you have to be realistic and keep in mind the time constraints that you might have. I knew I could have picked any concept, but I wanted to be responsible enough to pick something I knew I could finish on time. Some great photographers I ended up finding: Amanda Diaz, Hanny Honeymoon, Natalia Lefay, and Laura Sheridan.

First, I examined my concept and gathered as many relevant references I could find that would help me with modeling, texturing, and so on. It’s important to note that one of the most important aspects you need to study when making a character is anatomy. Also, due to the armor in this concept I had to research draft drawings of Greek sculptures and ornaments. Organization with your references is also very important. Having your references clearly labeled and separated saves you a lot of time when you need to find something quickly

Before I began my modeling I did a lot of research on Greek women, their proportions and features. I was not basing my anatomy solely on my concept image because I wanted my final result to represent more Greek details. Then, due to time constraints I started my work from a base mesh. However, I think that if possible, it’s always better to start from a sphere. I think it gives you more practice, and practice makes perfect. After bringing the base mesh to ZBrush I focused on completely rearranging the anatomy to a more realistic one, and I focused a lot on the face by bringing in more Mediterranean features.

For the armature pieces it was very difficult to find references of the exact shapes, so I researched a bit about architectural Greek ornaments and I drew the references myself in Photoshop. To model the armature I used 2 different methods. First, I would use the Quad Draw tool in Maya to outline my references to get a basic mesh. Then, I added thickness and used different deformer tools to get the right shapes. The other method was introduced to me by my instructor Magnus Skagerlund. By creating a shadow box in ZBrush you can outline your shapes in a more efficient way, and then easily add whichever thickness you want, then you can begin sculpting from there. 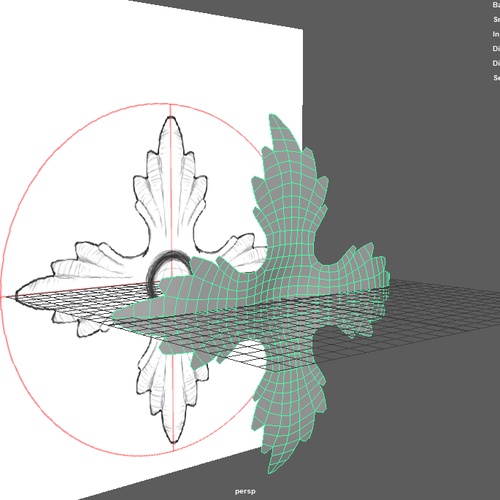 1. The result of using the Quad Draw tool to outline the shape and prepare the topology accordingly 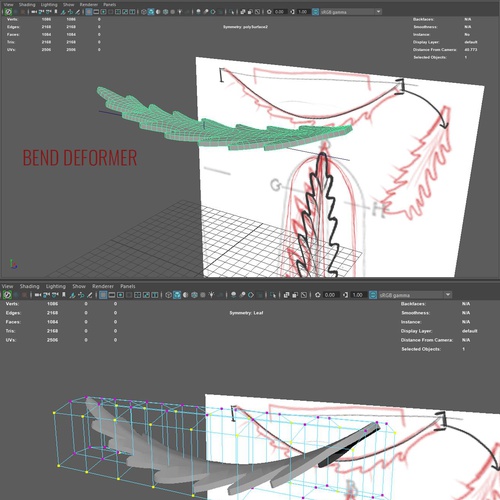 2. How I used the Bend and Lattice tools in Maya to create the curvature necessary for my concept

The modeling of the crown was all done in Maya and it’s pretty straightforward. For the detailed ornaments at the top I used the Quad Draw Tool method previously mentioned. It was trickier because of the complexity of it but it’s all about practice. For the crown itself I used Extrude along a curve for the detailing, and the Bend Tool to get the curviness of it along the crown. The angel was also a very straightforward sculpt made in ZBrush, and I referenced a lot of old Greek sculptures on it. 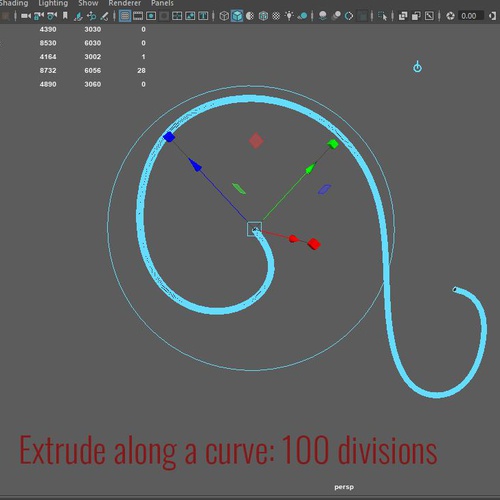 1. To extrude along a curve first select your cylinder, then the curve, then press the Extrude command. 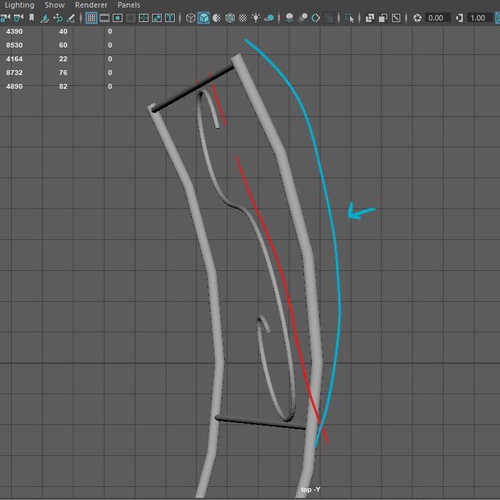 2. After it was extruded I created the curvature of it by using the bend tool under the deformers

After sculpting and modeling all the elements I had to do some retopology. I mainly did the retopology on the woman by using the Quad Draw Tool in Maya. I did half of it, mirrored it, and adjusted it since my mesh was not symmetrical. For the UVs I did the same method I talked about in my last tutorial for “Inglorious Raccoons”. I basically mainly used the 3D Cut and Sew Tool to cut my objects and visualize them on my viewport more efficiently. Since I wanted to get relatively close to my project, I had to use a lot of UV Tiles. 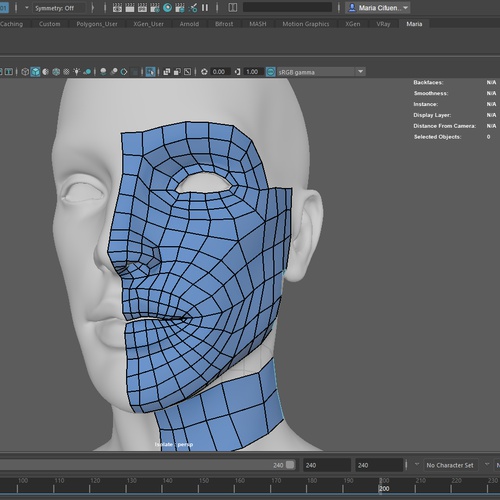 1. Close up of my process for the retopology of my main mesh using the Quad Draw Tool 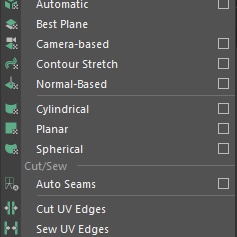 2. Where to find the 3D Cut and Sew Tool 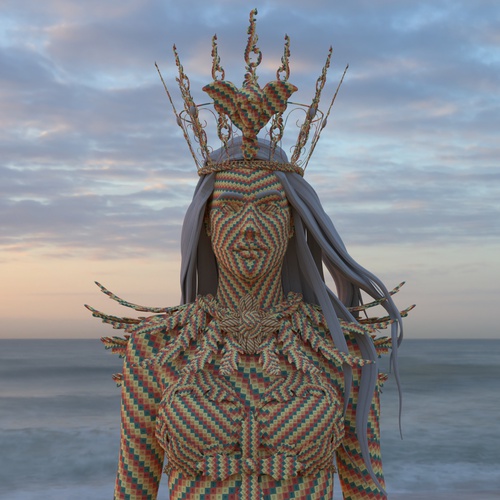 3. Try to always add a checker on your mesh to make sure there is no stretching 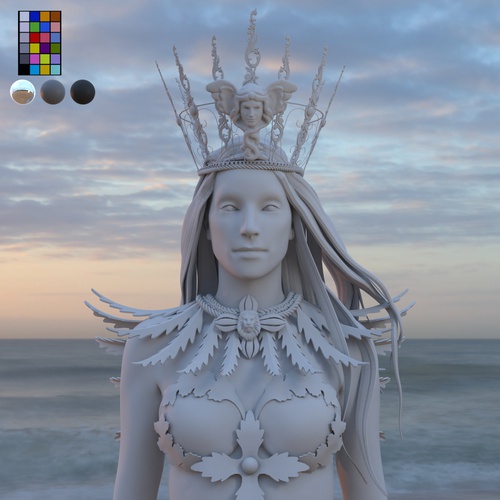 4. Although I kept working on the female, and her face changed a lot throughout, this was my first final blocking

This is my personal experience, but my Maya is not too kind to me when I deal with UV making. It crashes a lot and my file gets extremely slow. Just something to keep in mind when you deal with a lot of UVs. Delete your history, and save continuously.

Although I spent a week doing research and watching tutorials, I wish I would have spent more time. It was helpful to me to kind of know where I was going before I began, and know where to go back to find help. Taking a lot of notes when you research is also very helpful.

Just a cool tool that I learned throughout this whole process. When you export your human mesh from ZBrush you’re going to want a lot of polys in the face specifically. You can use the PolyPaint method in ZBrush to assign the density of polygons to a specific area.