There are seemingly an infinite number of shortcuts, tips, and tricks to be found in Blender. This is normal for any large application but it can at times be a little difficult to know what the tricks are and even more difficult to integrate them into your workflow. We’ll throw ten tricks out there in this article but these are by no means extensive. Hopefully some of these will be new to you and help you save time on your projects, enabling you to focus on what really matters.

Focusing on your selection

When you’re working on big scenes with lots of different objects you can make your life easier by hiding everything but the object that you’ve got selected. The shortcut key for this is “Shift+H.” Getting into the habit of doing this will help keep your brain clear of the complexity and keep your mind firmly on the task at hand. I don’t know if you’re the same, but when I’m working on a scene with thousands of objects in it can quickly get overwhelming and my productivity drops. Simplifying the display and the tasks I’m doing really helps me. 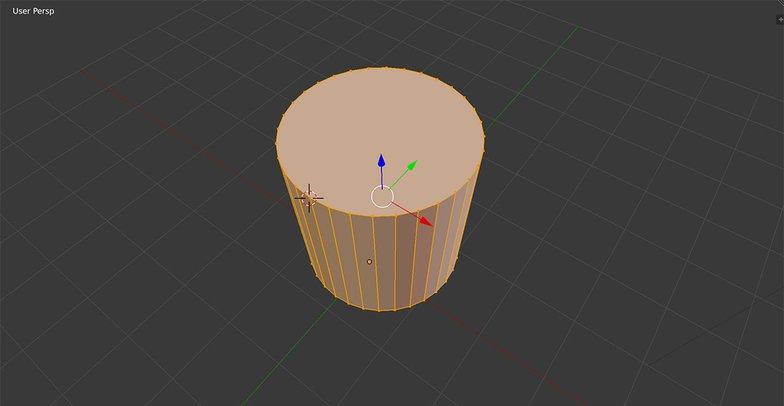 When I first started 3D modeling I wasn’t sure the difference between duplicating objects and instancing them. I tended to just duplicate objects because it was the default without realizing the implications. The primary difference is that duplicated objects have no link to one another whereas instanced objects do. One of the great things about this is that amending one of the instanced objects changes all of them. The other great thing is that the amount of memory you use is greatly reduced if you instance objects instead. You can duplicate objects using “Shift+D” and instance them by using “Alt+D.” 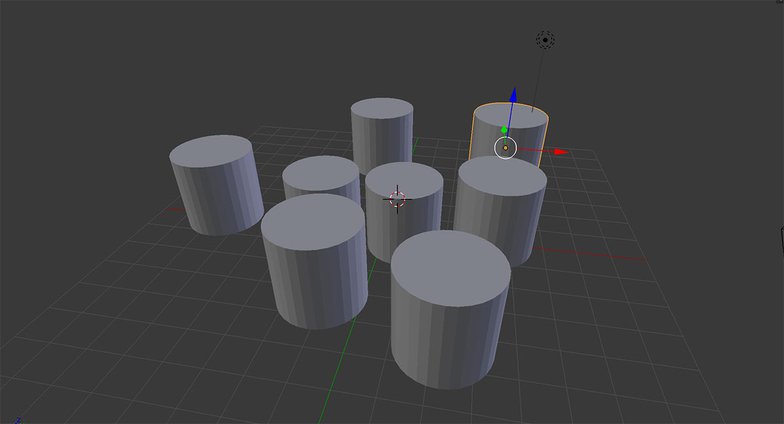 Instance your objects if appropriate for better utilization of memory

When you’re modeling you’ll probably fairly regularly want to create what are called loop cuts. These types of cuts loop around an object and are great when you want to introduce extra levels of detail to your model. You can do this using the shortcut “Ctrl+R.” To take this a step further you can scroll your mouse wheel to make multiple evenly spaced loop cuts. Make sure you’re in Edit mode when doing this. 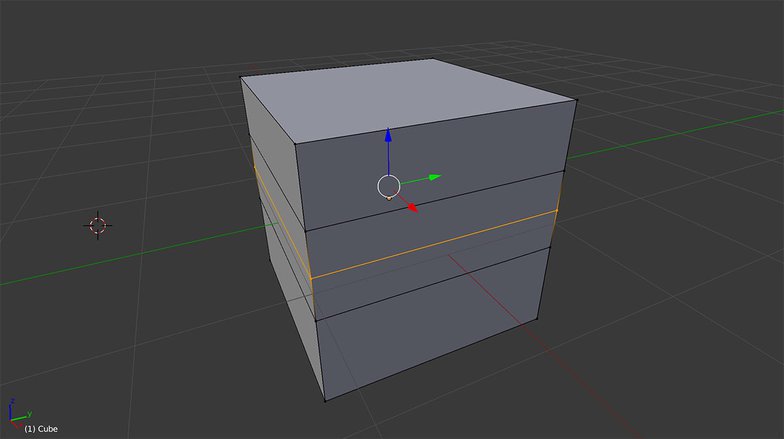 Use loop cuts to add extra detail into your model

If you’re working on anything that requires precision then you’ll need to know how to make finer transformations, including moving, rotating, and scaling. As you’re making any of these transformations simply hold down Shift and you’ll find that the adjustments become much smaller. This is also a useful trick when you’re in sub-object mode making transformations to vertices, edges, and faces. 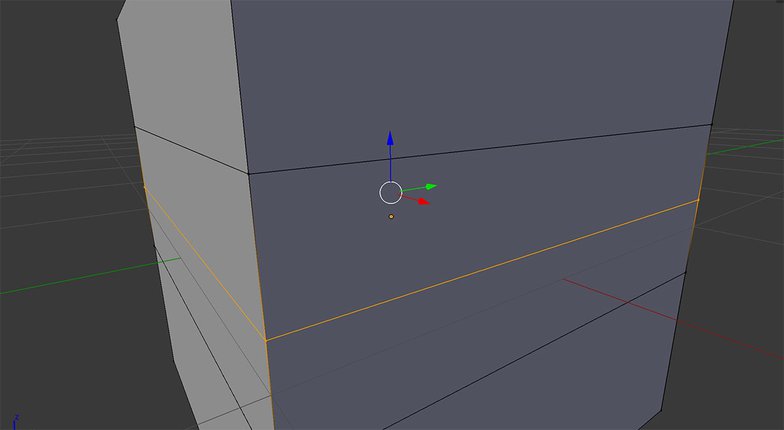 Further to making precise transformations you’ll also want to master Blender’s snap tools. Another use for the snap tools in Blender is to place assets into your scene in a super quick and efficient way. You don’t want to be making multiple transformations from different viewpoints as you place furniture into a house for example. You can use the align rotation option to snap your objects to any surface.

Depending on the power of your computer rendering can be one of the most frustrating and time-consuming tasks, especially when you’re making improvements to the scene. One way to speed up this process is to stop rendering the entire image and to start rendering only the region of your image that is of interest at the time. You can do this by pressing “Shift+B” and dragging over the camera viewport. This marquee selection tool will ensure you only render that particular area. You can remove this area by using the same shortcut again. 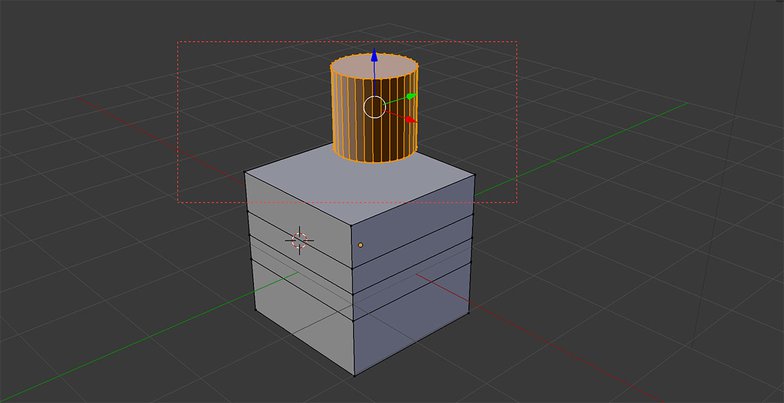 Save time by rendering only what matters

If you work a lot with nodes then you may be frustrated by having to reconnect your nodes after deleting just one of them. Thankfully there is a way for Blender to automatically reconnect the nodes after the delete operation. Simply use “Ctrl+X” and let Blender work its magic. 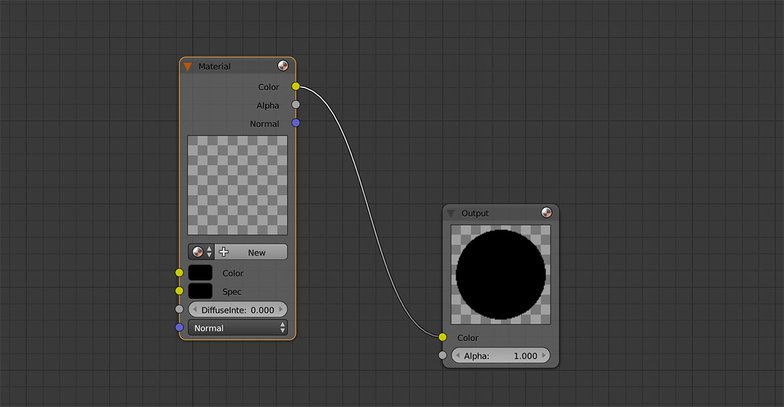 Say goodbye to reconnecting nodes after deleting one of them

Hands up if you’ve spent any amount of time frustrated with the 3D cursor in Blender. I assume we’ve all put our hands up! It always seems to be in the way and unless we understand its benefits it can be a huge annoyance. One of the benefits of the cursor is that you can use it as the origin point for your transformations and for placing your objects. Use the left-mouse-button to position the 3D cursor in your desired location and then use “.” to change the “Pivot Point” to the 3D cursor.

You’re no doubt well aware that you can undo and redo your operations. Thankfully! But Blender also has a whole history of operations that you can move backwards and forwards throughout the operations you’ve performed. Simply press “Ctrl+Alt+Z” to display a list of previous operations. Select as far back as you want. 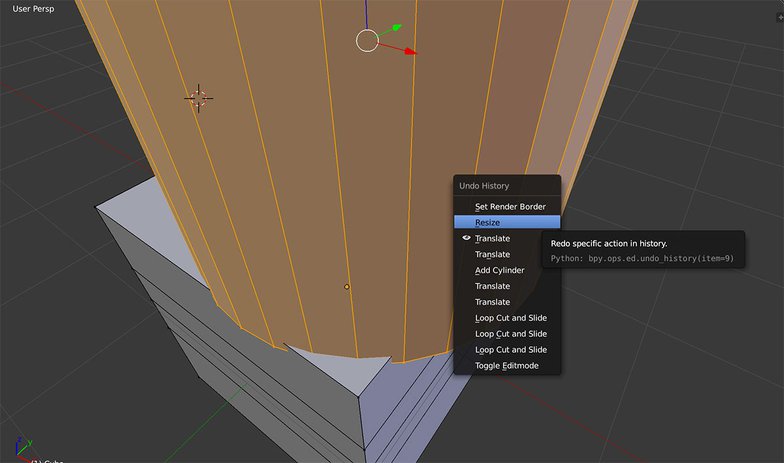 Use the undo history to move back in your project

This is a really usefully tool. In your “Output” rollout simply select “RGBA” and your render will include any transparency that is in your scene. This will create a PNG file which handles transparency. Note that Jpegs don’t handle transparency. 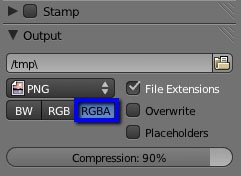 Render as a PNG with transparency

The only way to integrate these tricks into your daily workflow is to turn them into habits. You can do this by making a note of the tricks and shortcuts. Have them next to you as you work and force your fingers into new routines! As you commit to learning these tricks and implementing them you’ll find it so rewarding to bosh through tasks in super quick time.