We recently caught up with Rebel Banana, a team of six students from The One Academy, to discuss their latest exciting project: The Exit.

Hi guys! Thanks for letting us chat with you about your graduate project The Exit - it's a great piece of work. Can you start by telling us what part of the course the project was for and the objectives you had to fulfill?

It was our final project development subject for the Digital Animation course. It was required for students to form a team of 5 or 6 to make a short film of around 2 to 3 minutes for our graduation. The theme was entirely free and we could do whatever we wanted. We had some guidance from lecturers during the process, and we were required to use all the skills and more that we'd acquired while studying for the past 2 years.

In the short film we see a grumpy man getting chased by an autopay machine monster. How did the idea originally come about?

When the project was first assigned to us, we watched and researched existing films and tried to lock down the general idea of our film's visual style and the scope we wish to cover. With thousands of fantastic existing animated short films, we wanted something that could stand out and be different. Our art directior for the film, Wee Lim, initially came up with the core idea of an autopay machine chasing a man and we developed the story together later on.

There is a distinct style to the film that gives the characters and their surroundings real charm. What was your inspiration behind this particular style of animation?

We were going for the best of what 3D and 2D styles were able to provide. For a stylized film like 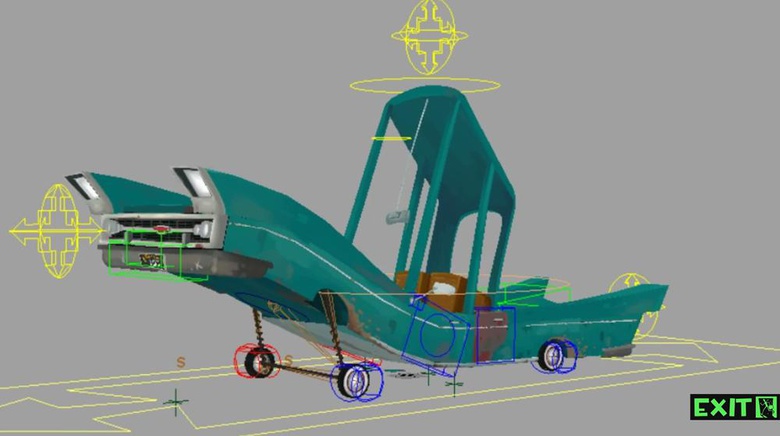 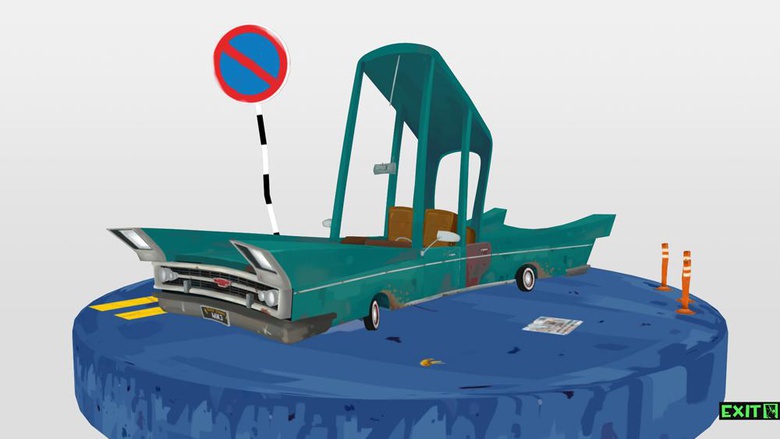 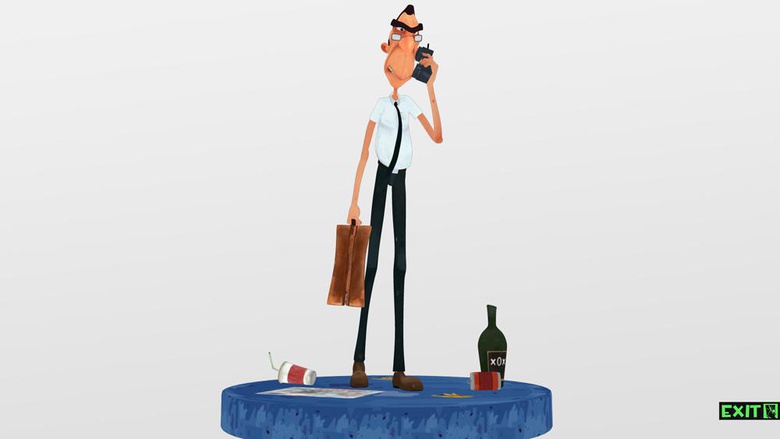 this, we believed that we could achieve something fast and efficient with 3D, but that it wouldn't be as beautiful as a 2D film.

However, as nice as it would have been to create an entirely 2D film, it was too time-consuming and required a lot of skill and practice, which would have been a problem as most of us didn't have a solid drawing foundation. So we decided to try to achieve a 2D effect with 3D.

We were inspired by a few styles, but the main influences were an animation short called Meet Buck and the game Team Fortress 2. But of course, we wanted to come up with something different as well, something of our own style, so that was one of the major issues we had to assess during pre-production.

The process of putting together a short film is no easy task! How did you break down each part in order to tackle them?

We had six in our team. Andrea and Pei San specialized in modeling; Wee Lim, Victor and Pei Gin in animation; and Cardin in visual effects. So it was pretty even out as to who was going to have more knowledge on each part, then that person would guide the whole team in the right direction. Time management was the most important thing and something the producer, Andrea, kept in mind all the time. Setting short term and long term goals for the film helped us get to what we wanted more efficiently. And having everyone being aware of every part's progress made it easier for problem-solving and communication.

If you guys could work on any project or at any studio/company after the completion of your course where would you want to go and why?

Pixar, Valve, Blur Studio, Weta Digital etc. Mostly because they are good as not just creating awesome visuals, but also at storytelling.

As you come to the end of your course at The One Academy, are there any particular elements of the course that stood out to you as enhancing your skills?

The lecturers have been the best part of the course. They are knowledgeable and experienced, but they are always willing to share anything and everything with the students. All you have to do is ask and show some dedication in your work. The lecturers have not only guided us this far, but have inspired us to be better artists, giving us great advice about the industry. I think we wouldn't have learnt so much without them, for they have taught us what we could not learn from books and tutorials online. 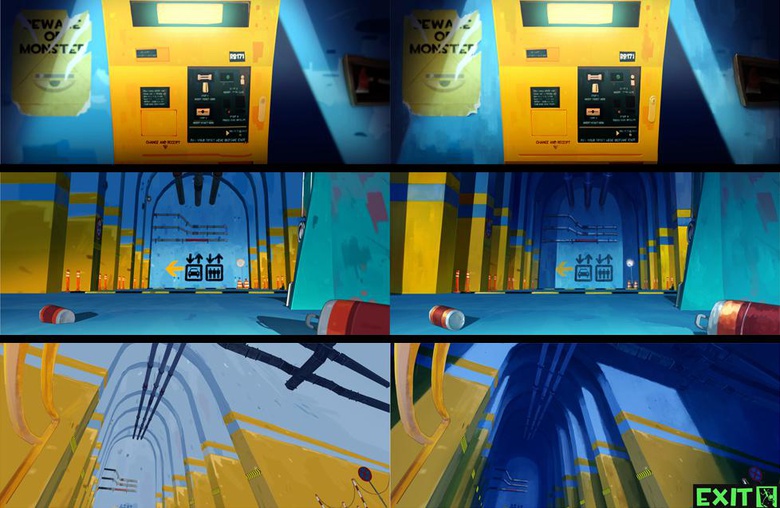 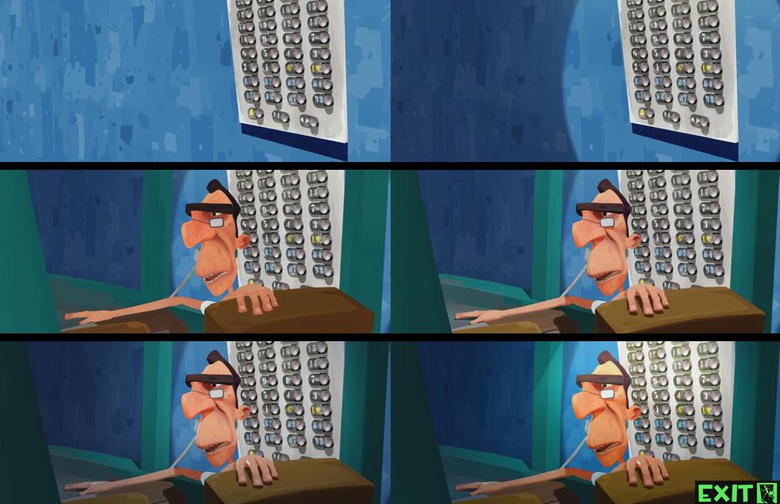 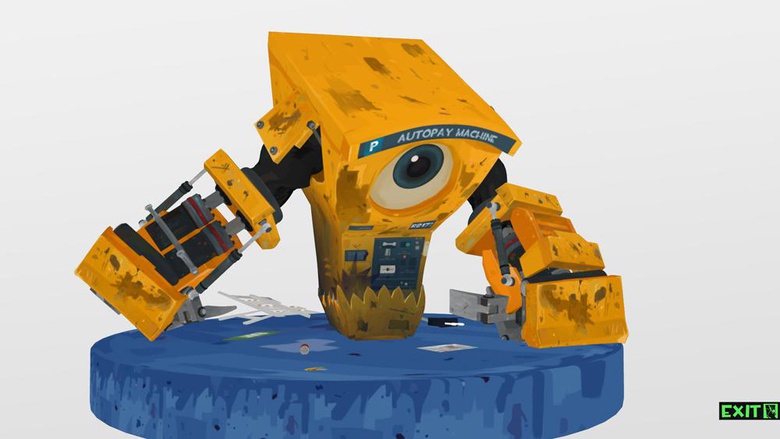 On another hand, we don't have many art institutions in Malaysia. Given that The One Academy is one of the most prestigious in our country, many passionate and striving young artists enroll here. We are able to connect and meet people with the same interests; therefore we strive to improve together here. A good environment and company is essential for an artist's growth. As we study together, we learn from each other and constantly try to push one another further.

We have to ask how your team name Rebel Banana came about. Did one of you encounter a banana that curved the opposite way to the rest of the bunch or is there a less literal meaning?

(Laughs) We would really love to meet THAT banana! Unfortunately, our story is kind of dull. Initially Cardin came up with something cool like "Rebel". But Wee Lim thought that it was too extreme, so we threw a few names around, one of which was Banana Republic. We took the banana to lame down the Rebel. Thus, Rebel Banana. We didn't really have many thoughts or concern on the production name as we were more concerned with the film itself. So yeah, it's pretty random!


Does the end of your course spell the end for Rebel Banana, or can we expect to see some more work from you all as a team?

It is still uncertain, but we're headed in different directions for now so we do not expect anything soon. Who knows, fate is a mysterious thing. However, we hope that we do because we would want to be back harder, stronger and better!

Andrea Goh - The producer who can't get enough of seafood.
andreagoh_av@hotmail.com
https://vimeo.com/andreagoh

Phua Cardin - The director who loves football too much for his own good.
phuacardin@hotmail.com
https://vimeo.com/itscardin

Chua Pei San - The lead modeler who has a soft spot for cute stuff.
teddysan333@yahoo.com
https://vimeo.com/user12676899