Pedro Conti talks to us about his route into the CG industry, his favorite projects and gives advice to people trying to break into the industry.

Pedro Conti talks to us about his route into the CG industry, his favorite projects and gives advice to people trying to break into the industry. 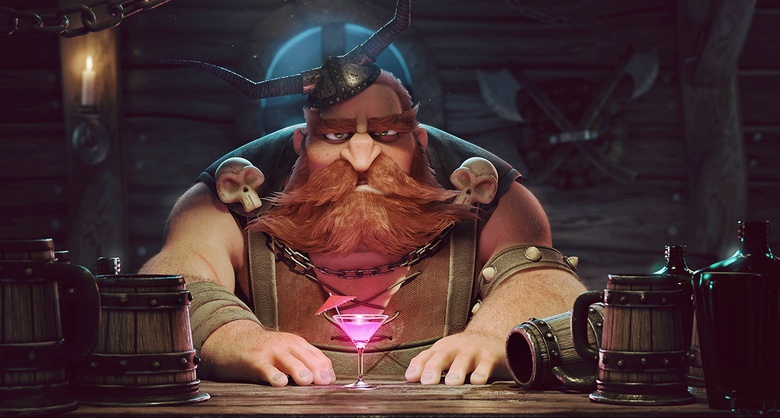 3dtotal: Hi Pedro, thanks for talking to us today. Firstly, could you tell our readers a bit about your background and how you found your way into the CG industry?

Pedro: Thank you so much for the opportunity. Well, I think the most important step in my journey into the CG industry was in high school, back in 2003. During this time I met two friends who were really good illustrators. I was so fascinated by their work that I started to discover myself as an artist. I was really bad, but I was really motivated to practice more and more; I was much more motivated by drawing than the classes at the school! 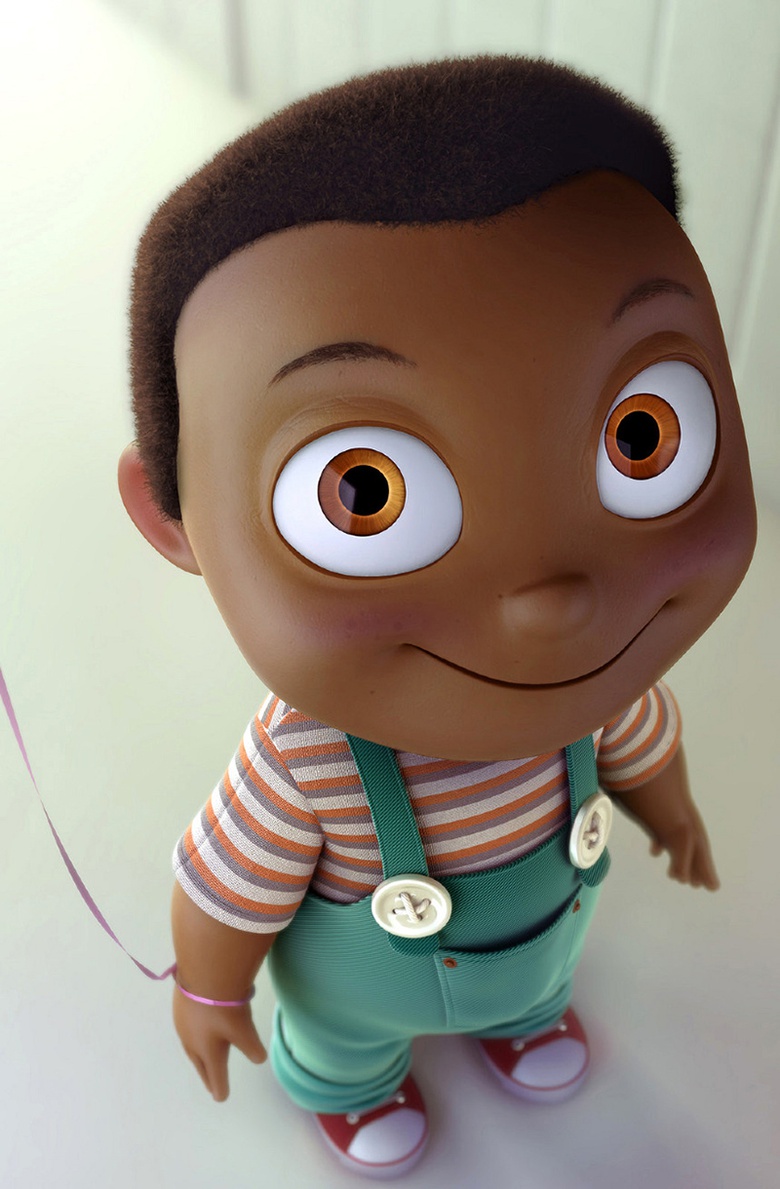 This first push allowed me to discover digital art. In 2005 my brother was studying industrial design and he showed me some of the software he was using. It drove me crazy and I decided to join the same university as him.

I kept my focus on art and in 2006 I started to study 3ds Max. I heard it was the same software that people used to create movies, and so it was that moment that I decided this was what I wanted to do for the rest of my life. 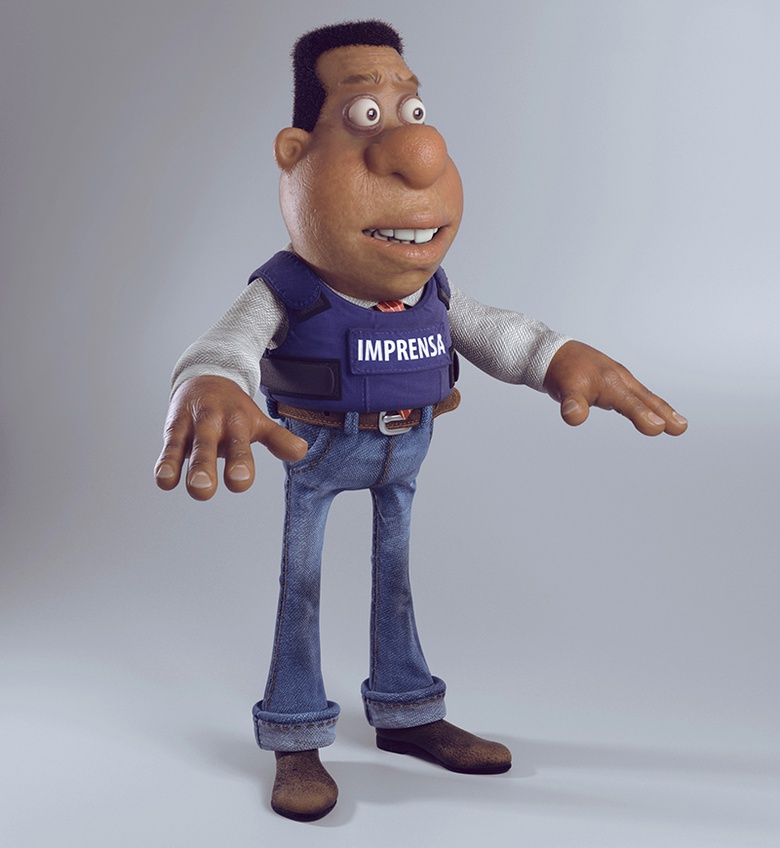 3dtotal: Youve worked for some of the biggest companies in Brazil, including Techno Image and Seagulls Fly how did you manage to get hired?

Pedro: I think my first job at Seagulls Fly was a mix of luck and a lot of effort. I spent 2006 studying 3D like crazy and everything I did was rubbish. It didnt look different, as I was in the very first stages of developing my own style and techniques. However, it was good in some ways because I learned a lot about software and technical stuff.

In January 2007, after visiting my family in a small and nostalgic city in Brazil called Itobi, I decided to recreate a scene based in that city. This image, The Wonder Years, had great exposure in CG forums and it gave me my first opportunity in the industry. My portfolio was basically that one image! I was lucky to be hired by Seagulls Fly, which was one of the biggest companies in Brazil; I consider them my school of CG. They've taught me everything about modeling, texturing, shading, lighting, post work and lots more, and having their name in my portfolio brought me many opportunities in the market. I was invited to work at Techno Image basically because I was a Seagulls Fly employee. 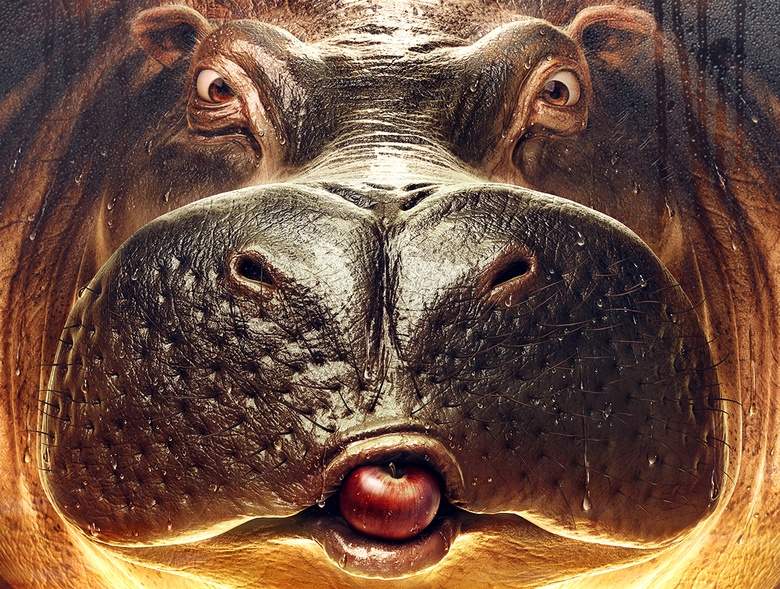 3dtotal: In your opinion, what are these companies looking for in portfolios? Do you have any advice for anyone wishing to get into the industry and work for companies like these?

Pedro: Nowadays, with new schools and tons of tutorials on the internet, the number of CG artists has increased exponentially. With that, the competition for opportunities has increased as well. Software programs are much more artistic than they were a few years ago, so companies are now looking for who you are as an artist and not so much your technical ability.

For example, if you are a modeler, I believe if you present your models with artistic lighting, it will help a lot in selling your modeling skills. My tip would be to focus on the following areas: improving your technical abilities, developing your artistic sense to show your point of view (by studying as much as you can), and perfecting how you present your work.

Artists often forget about the creation process and just care about the final result, but working in a team means each step has to be done well. Improve your pipeline and speed will allow you to adapt to the market.

Lastly, but no less importantly; be professional, responsible and friendly. That's what will make you move forward! 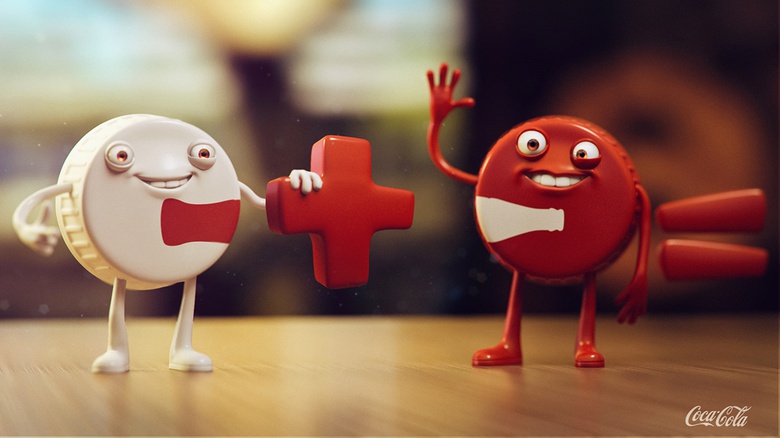 3dtotal: How would you define your style? And what is your typical workflow when creating an image?

Pedro: In fact, I don't have a defined style. Im still developing and searching for it, but it's basically everything that I like, combined. I have been hugely influenced by Disney Pixar, DreamWorks, Meindbender, Tiago Hoisel and photography in general. Actually, it's a hard question to answer because it changes every day. To be honest, I can't say that I have a unique style yet because my references are often recognizable in my work; maybe in a few years I will be able to answer this question better!

For personal projects, my pipeline is non-linear. As Im not a great concept artist, I used to make some quick sketches in 2D, then move to 3D and do some paintovers in Photoshop to figure out the layout or the character. From the very first steps, I try to visualize how the final image will look, even just using placeholder models. I add some lights to test the mood, while working on other steps at the same time.

For professional projects, my workflow is linear. I usually receive a briefing and layout, and with that in hand, I start to work normally with modeling (3ds Max, ZBrush), texturing (ZBrush and Photoshop), shading/lighting (3ds Max and V-Ray) and composition (Photoshop/After Effects). 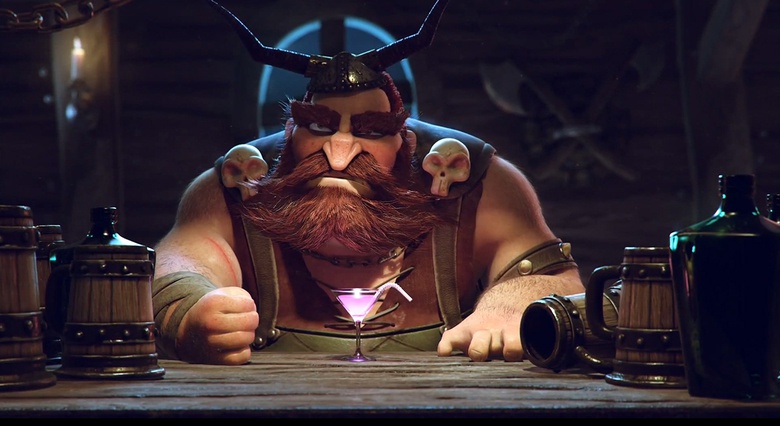 3dtotal: What is your favorite project you have worked on to date? And can you tell us about any projects you are currently working on?

Pedro: Making short films was something I've always dreamed of and last month I had the opportunity to finish my own short. So, One More Beer is my favorite project, so far.

3dtotal: As you mentioned, an image based around the city of Itobi helped land you a job at Seagulls Fly. Did growing up in São Paulo affect your endeavors as a creative person?

Pedro: Creatively, I think so, but it's not a direct influence in my work. As São Paulo is the biggest city in Brazil, I was in touch with a huge variety of art, food and people, which opened my mind to different cultures and ways of life.

But what most contributed to my creative growth was my childhood. I was lucky to grow up in a place where I had great friends and we spent all our free time building things like skateboarding ramps and enjoying every single moment of being a kid. 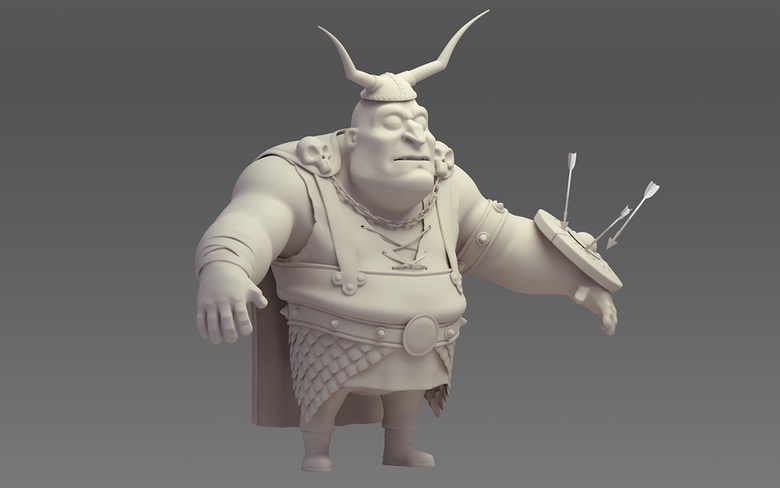 3dtotal: What draws you to the style/type of art you make? And tell us what part of 3D you like the most and why?

Pedro: I have really loved cartoons since my childhood, and the possibility of doing simple shaped characters with a realistic finish in 3D, excites me a lot.

Design is something that fascinates me too and as I mentioned before, Im a really big fan of companies like Disney and DreamWorks. I also like many illustrators, such as Cory Loftis, Sam Mich, Jim Kim, Ivan Oviedo and Tiago Hoisel.

It's hard to tell you the part of 3D I most like, because I love all the steps. Honestly, character modeling, texturing and shading/lighting are my favorite.

After a few years working with 3D, I learned that each step contributes hugely to a good final image, and as I always worked as a generalist I had to learn and understand the importance of each one. Maybe it's easier to tell you what parts I don't like rigging and simulation! 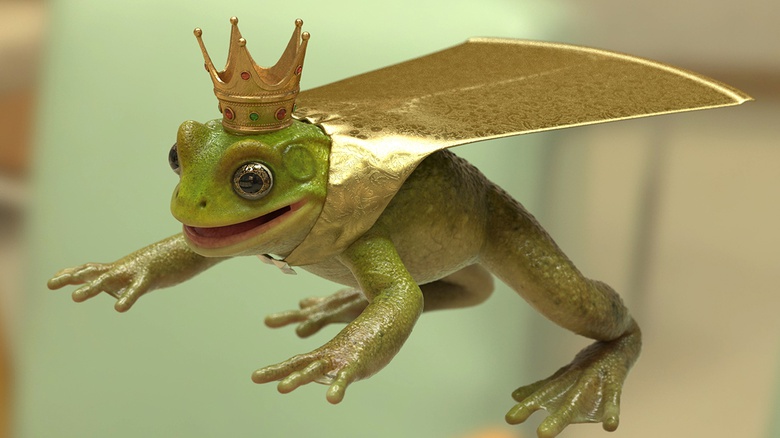 3dtotal: If there was a project you could have worked on, what would it be and why?

Pedro: One my favorite animations is The Pirate, by Meindbender studios, which was done as a promo for the Cartoon Network. It's definitely a project I would love to have worked on. It's perfect in all aspects: extremely creative in terms of design, with the pirate with an upside-down mouth. The characters have strong personalities, which makes the animation solid and funny.
https://vimeo.com/22342702

The first time I saw this short film, I thought it was a mix of 3D with real footage, but no, its a fully-3D production, which made me feel so sad. The render is completely realistic and every single object has imperfections and displacement maps.

"Sometimes spending a lot of time at the computer is like choking, creatively speaking, so taking a break is always welcome"

Nowadays I have the opportunity to work with Meindbender, and it's been like a dream come true. Its more than just a collection of mad and talented guys, bombarding this planet with their unique animation style; they are amazing people, humble and kind, and they deserve all the success and respect they receive. 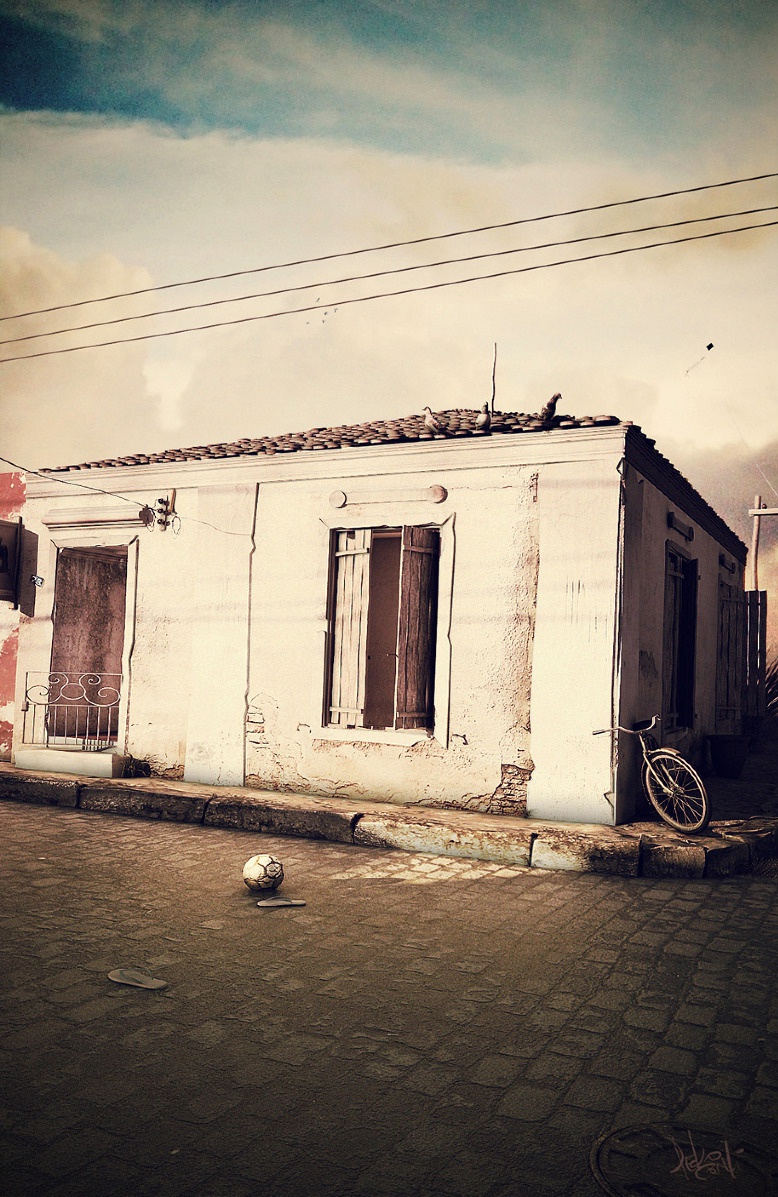 3dtotal: How do you see yourself progressing in the future and growing as an artist? Are there any elements of working in 3D that you would still like to tackle and master?

Pedro: You should keep in mind that art itself is a never-ending learning curve!

For sure I have a lot of plans in my mind for the future. I want to keep improving my skills in modeling, texturing, shading and lighting, but Im sure it's not enough, as its just technical stuff. I'm really motivated by artistic development, like character design, direction, script and cinematography. I've spent the last 6 years studying 3D, and now I want to make some time for traditional art. As a self-taught artist, I didn't have the opportunity to take art classes and I really miss it in my work. I'm studying photography at the moment, which already helps me to understand a lot more about lighting and materials, besides the compositional aspects. So, I really want to go deeper into this subject in the future. 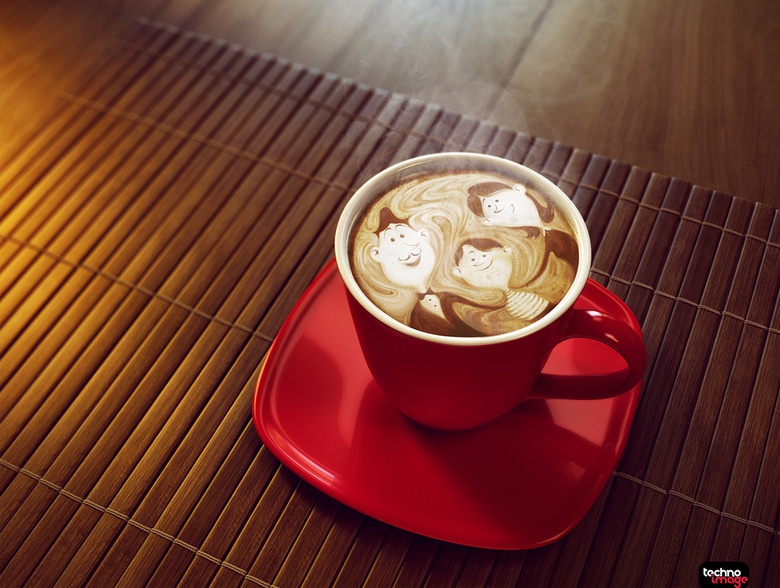 3dtotal: What do you like to do in the time that you get to spend away from your computer? Do you find your free time a great source of inspiration?

Pedro: I love traveling and I think it's the best inspiration source ever. In October I was on vacation and now I'm back with a lot of fresh new ideas in mind that Im ready to start work on. Sometimes spending a lot of time at the computer is like choking, creatively speaking, so taking a break is always welcome. Besides that, I really like to spend my time with good friends, playing guitar, skateboarding and enjoying life as much as I can.

3dtotal: Thanks for taking the time to talk to 3dtotal.com!

Pedro: Thank you so much for the amazing opportunity. Im really glad! 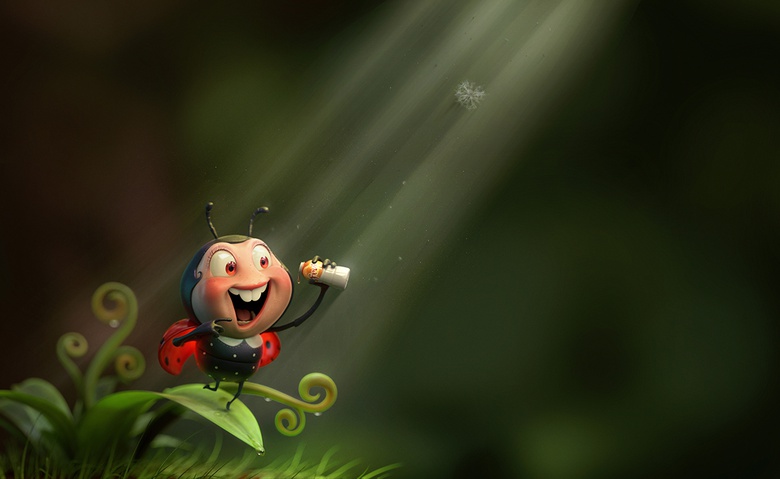 Pedro Conti's website is full of inspiration!
Check out the 3D short that inspired Pedro!
Pedro works for Techno Image, check out their site here.
Techno Image on Vimeo!