We talk to the one-man band, Chris Jones, about his incredible animated digital human project, involving LightWave 3D plus a number of free tools, including Sculptrisand Blender.

We talk to the one-man band, Chris Jones, about his incredible animated digital human project, involving LightWave 3D plus a number of free tools, including Sculptris
and Blender. 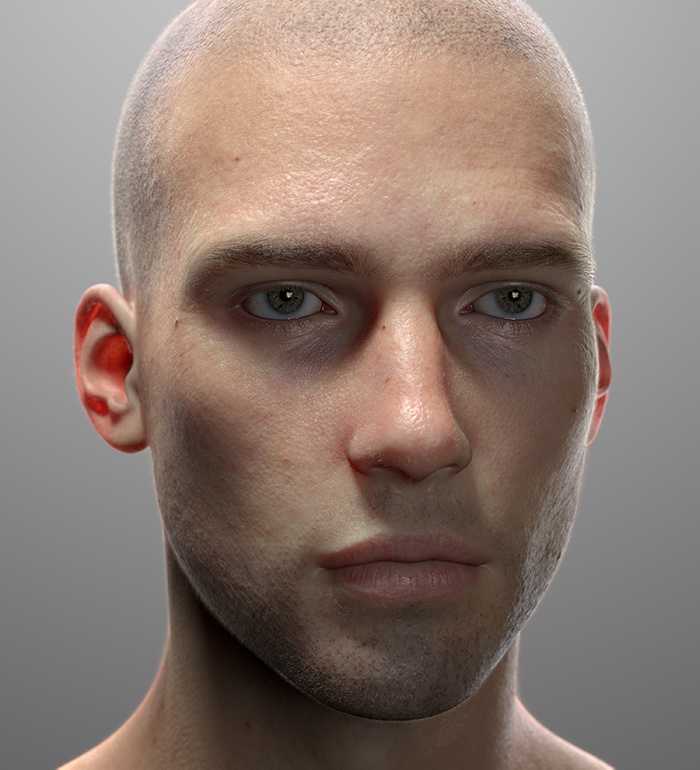 Chris Jones thought it would be fun to try a photoreal human. Pretty impressive stuff for a just-for-fun project!

Chris Jones is a Creative Generalist living in Melbourne, Australia, where he spends most of his days working on personal projects. Freelancing from time to time, illustrating books here and there, and animating for film and TV when time permits, Chris is always up for a challenge - whether it's directing and creating his own animated short film, or creating animated hyper-real humans to blow our minds!

We talk to Chris to find out more about his recent dabbles with CG humans, as well as a look back at how he got to this point in his career. 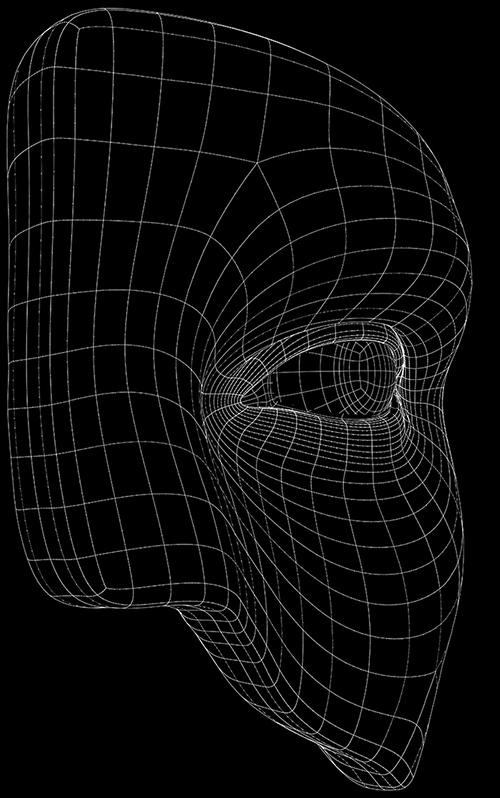 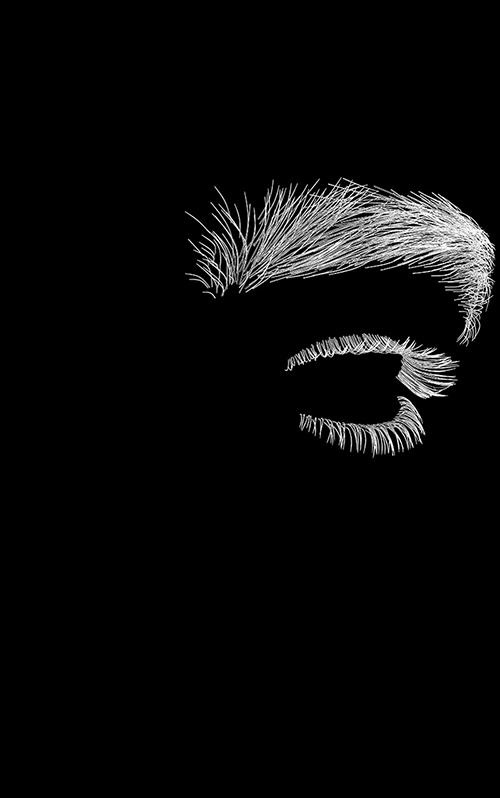 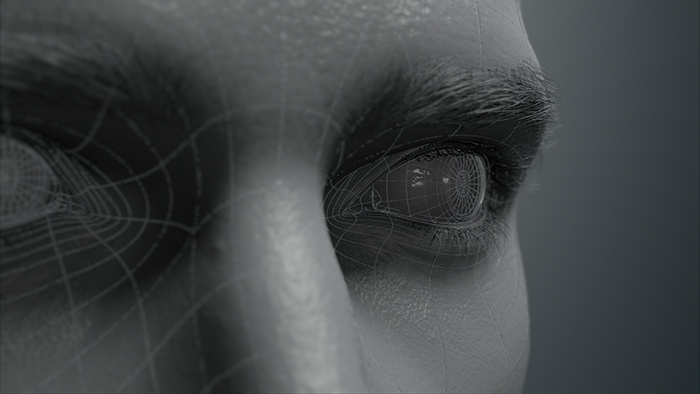 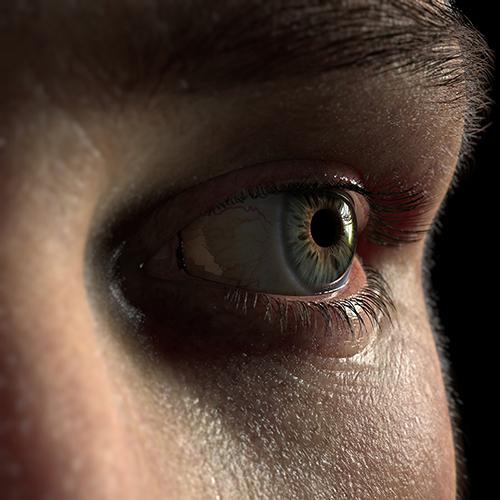 3dtotal: You seem to be a one-man band, creating not only incredible 3D models, seamlessly rigging and animating them, but also creating your own music! How did you develop all of these talents?
Chris Jones: Although I formally studied art and design and have an industrial design degree, I consider myself to be self-taught for the most part. The main benefit of those courses is that they afforded me the time to improve my drawing and painting skills.

I learned 3D from the manuals, and started playing keyboards by ear when I was about 12. I've continued to work away at the 2D, 3D and music ever since.

3dt: You've been studying and creating remarkably convincing realistic human 3D models for many years now, and you recently released Mr Head, an incredibly hyperreal male head. Can you tell us a bit about this project and your motivations behind it?
CJ: It was originally supposed to be a generic template that I could use for whatever projects that needed characters in them, but as it progressed it started taking on a life of its own. I thought it might be fun to try a photoreal version at some point, but pretty soon it was already heading in that direction, so I thought I might as well run with it.

Also there have already been plenty of attempts at creating stills of photoreal humans, but not much in the way of animated ones, so that seemed like a frontier worth exploring. 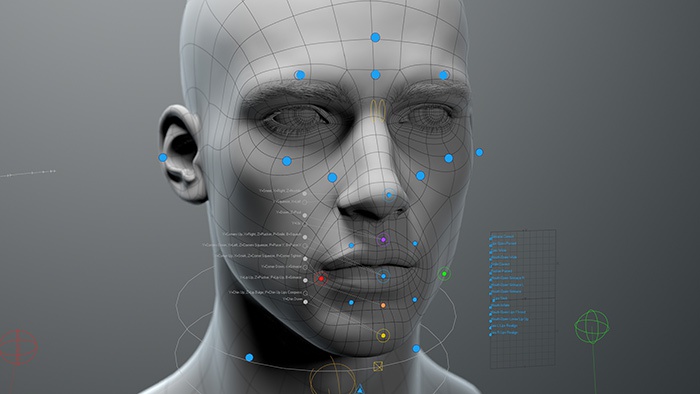 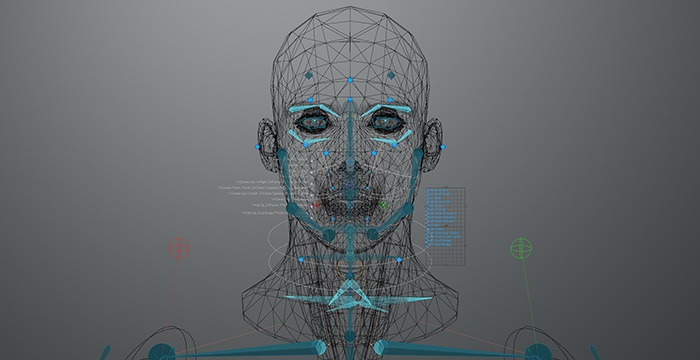 3dt: Can you tell us about the software and hardware you've been working with to create such realistic images and motions, and why are these your current tools of choice? Can you offer any workflow secrets?
CJ: Mostly I used LightWave 3D, which I chose in the mid 1990s because it had a high quality to cost ratio. I incorporated Sculptris into my workflow because it's free, and it's good for blocking out shapes and creating textures. I used Krita (also free), for editing the textures and creating the eyeball textures. There's a quick pass through Blender (which is, of course, free) for displacement baking, and I used Davinci Resolve Lite (you guessed it... free!) for compositing and final video output of the recent head demo.

I'm in the habit of making the most of the tools I already have, and using freeware to fill in the holes. Obviously this keeps costs down, but it also allows me to know my "core" applications more intimately. The trade-off, though, is that it sometimes makes for a more convoluted workflow, and can lead to slight quality compromises. 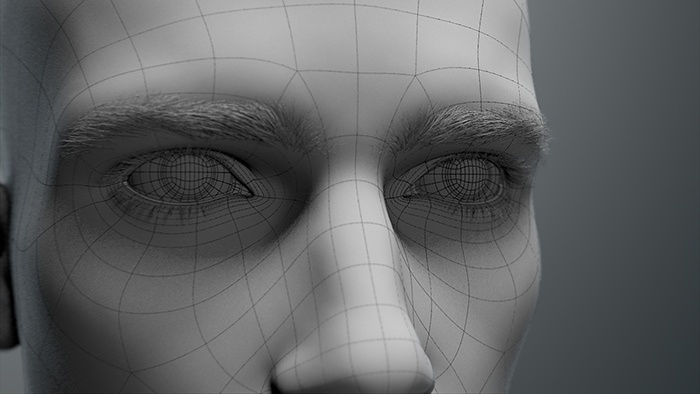 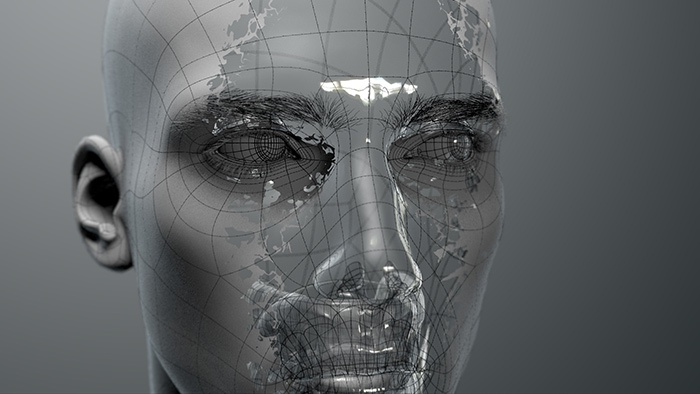 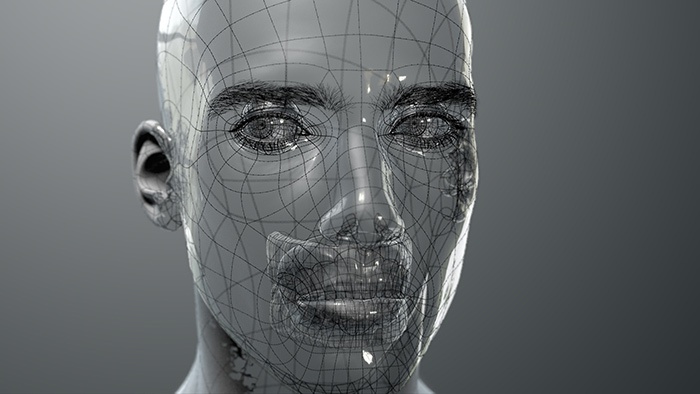 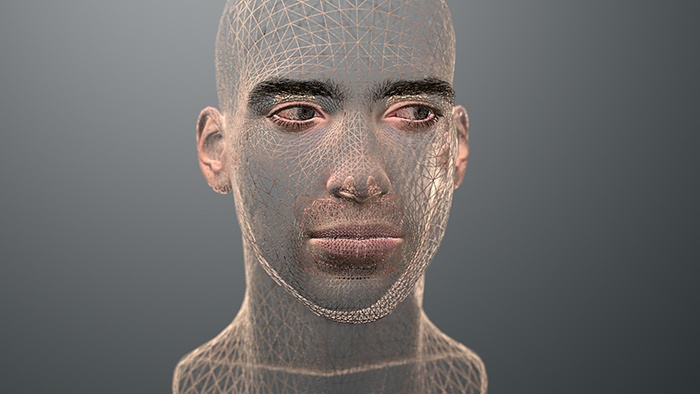 3dt: Whenever a new hyperreal digital human hits our screens, the topic of the uncanny valley comes up. What are your thoughts on this subject, and how have your studies, skills and tools helped you to avoid the vacant look that so many worry about?
CJ: Opinions seem to be divided on the matter - although considering most viewers have been made aware in advance that it's CG - which is bound to taint their judgement - it's a bit hard to gauge. Interestingly, though, most of the people who can tell it's not real aren't necessarily being creeped out by it (at least not until the reveal), which could mean that I'm somewhere up the slope on the far side - or that I haven't even begun the descent yet!

Since it's a work in progress it's clear to me where more needs to be done, but considering most of my efforts so far have gone into the eyes, it would be reasonable to deduce that getting them to behave correctly is a big part of the equation. In general, I think it's just a matter of obsessing over the details, which I seem to have a knack for.

3dt: Can you talk a little about the importance of studying anatomy for not only realistic studies such as Mr Head, but for 3D characters of all shapes and sizes? What are your go-to resources to help you learn anatomy?
CJ: Obviously, relying on your imagination is no way to go about creating a realistic human or animal, but having an understanding of anatomy can also add to the believability of imaginary characters. A complete disregard of the forms and mechanics present in nature will tend to result in characters that look amateurish, comical or surreal - which may actually be desirable in some instances.

I use an Anatomy Tools male figure for reference, in addition to a variety of photos, videos and other anatomical interpretations. Animal anatomy also comes into play when creating fictional creatures - and animals, of course.

3dt: Will you be working on Mr Head's body next? What's next on the list?
CJ: The body was already modeled and rigged some time ago. It's designed to be clothed, though, so I've kept the detail to a minimum. I still need to put more work into the face shapes, particularly the mouth area, as well as add scalp hair, clothing, and continued refinements to everything else. 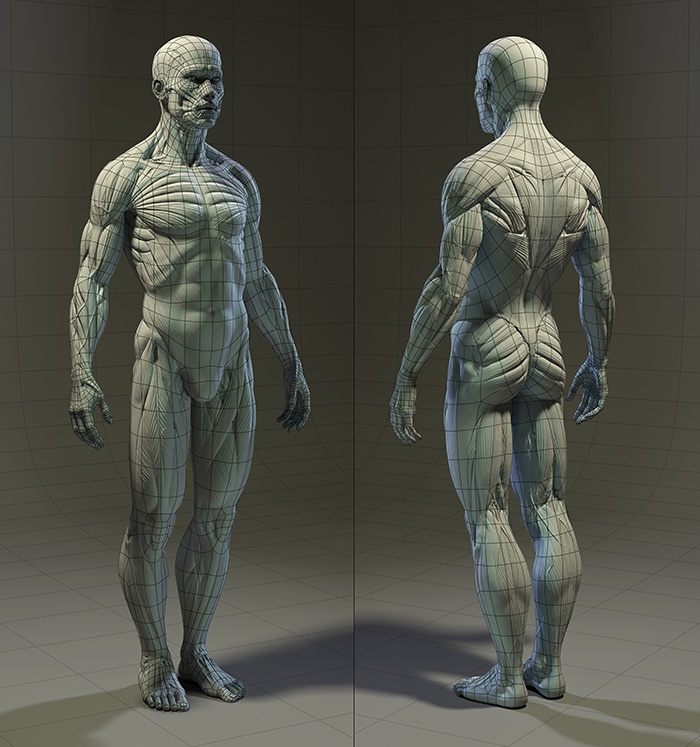 3dt: It's not always been about realistic humans! You're also the director of the very successful short, The Passenger, a fantastic film with a very stylised look. Can you tell us about the experience of working on this project, and how it was received by the community? Do you have any plans to create more short films
like this?
CJ: That was the biggest project I've ever undertaken, mainly because I decided to do the whole thing by myself, and I somewhat underestimated how long it would take. Once I had buried myself deep into it, it became very difficult to dig my way back out again! As the years passed by it turned into a relentless repair job, and was at times very hard to stay motivated. I finished it in 2006, 8 years after I started, and it travelled around the festivals - in fact, it's still going! It won some awards and has been pretty well received overall.

Having been through that process it would take some convincing for me to go back down that path, although if I have an idea that's worthy enough and I can find a way to get it done in half the time I might consider it. 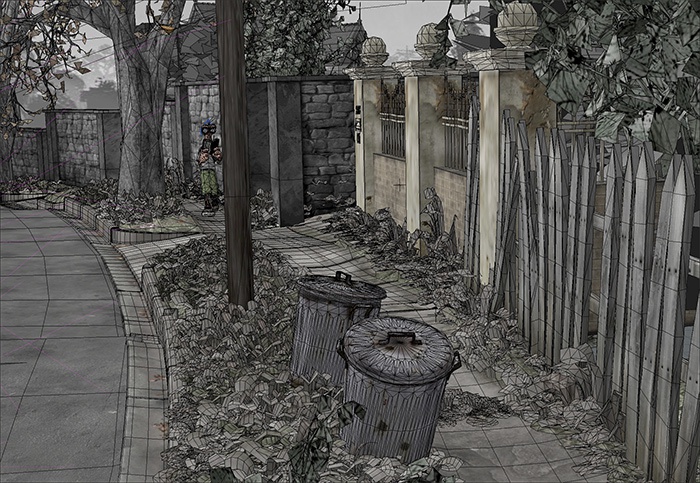 The Passenger by Chris Jones premiered and won Best Animation at the 2006 Los Angeles International Short Film Festival, ahead of 38 other selected shorts including a Disney submission and the 2007 Oscar winner 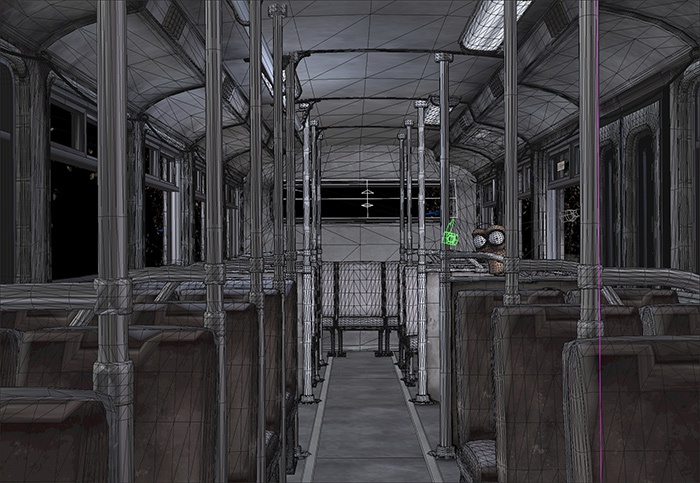 The Passenger by Chris Jones was selected to accompany Oscar-nominated shorts in a theatrical tour of the USA, and has screened at a number of international film festivals

3dt: Looking back over your career, what have been the highlights and struggle points, and how do those experiences combined keep you motivated for the future?
CJ: I think whenever I've moved onto a new job or into a new field, it's started off as a highlight, and over time it generally turns into more of a struggle, as was notably the case with The Passenger. It took some years of bumbling about trying to figure out what I should do after I finished.

Staying motivated is not something I have much control over, unfortunately. For now I'm just following the mood wherever it takes me, and hoping I don't run into any severe creative blocks along the way.

3dt: If we're to revisit this interview in one year's time, what do you hope to have achieved by that point with regards to your 3D projects and career?
CJ: I'd like to have completed a feature film or two, a theme park ride, a music CD, and maybe an art book. Failing all of that, I'll settle for a few seconds of animation that doesn't need to have "W.I.P." tacked onto it! I don't know if a year will be enough even for that, though, as it's not a lot of time when you fuss over things as much as I do.