From VFX artist to producer, and all the roles between, Fast & Furious compositor Diego Vida discusses his extensive experience of working in the FX industry...

From VFX artist to producer, and all the roles between, Fast & Furious compositor Diego Vida discusses his extensive experience of working in the FX industry... 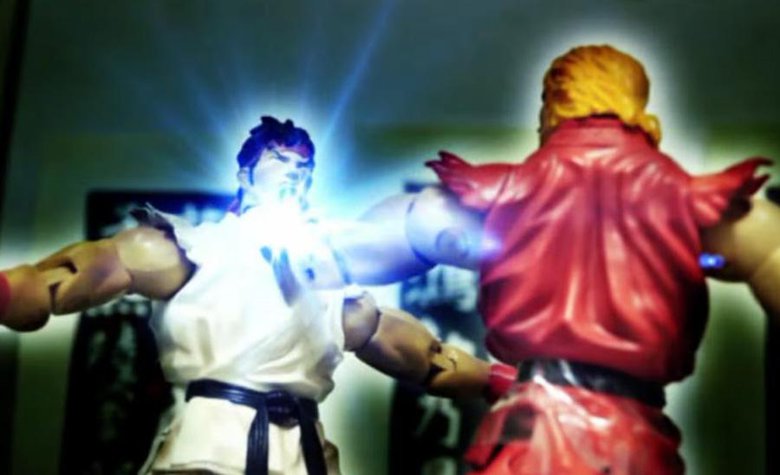 I'm Diego Vida - executive producer at Viacom, and I'm Italian though my name is Spanish. To be precise, I come from Sicily, the ancient island full of rare ancient castles, palaces, monuments, and yes our great history of the Roman Empire; indeed we have lots of temples, arena, coliseums, theaters and so on... reminders of an old age of glory.

Sorry about this parenthesis but yes, I'm proud about my country. I'm about to produce an epic movie regarding this period, so for sure I will need to hire many talented VFX/CG artists! I can be contacted through Linkedin.

3dt: What made you want to become a VFX artist?

Unintentionally, it just happened. I started video editing for a fan project with my friends around 10 years ago, but some of them couldn't get the VFX, so I immediately studied what we needed for the short film, and I got the effects we were looking for. I realized I was a quick learner and I liked it so much I decided to go ahead in this field.

I've been working in many countries around the world, from America, Europe, Asia and the Middle East, and it was something important for me to find many different cultures. At the same time I developed a great empathy with these cultures, through good friends. During my time working with all of them, they were all so professional and knowledgeable in CG – I want to thank all of them for what they taught me.

3dt: Tell us about your role in the industry, and some of the projects you are most proud to have worked on?

I'm an executive producer at Viacom, the owner of MTV, Paramount and Midway Games. In simple words, I manage the production department and investors of CG studios as well.

Regarding my previous world-wide works as a VFX artist, I did many games amd movies as you can read on my IMDb page, working in digital compositing, roto, flames, particles, matte painting, VFX supervising (and on-set too) CG producer, cinematic sequence director, and on a few projects as SFX artist (which was really satisfying). Working with these practical elements and bringing it all to screen was really awesome, maybe because inside me since I was young I have had this pleasant feeling when playing with toys, especially action figures, Japanese robots and space craft too.

Once, in Japan, I worked on Samurai Sentai, and they still used actors inside these big theaters in blue screen but with real scenography in scale with the Kaju monsters played by stunt men who would breathe through a small tube inside their make-up prosthetics – something that American productions used to do, such as in the Power Rangers franchise.

3dt: What are the common problems you come across working in the industry?

Perhaps the most common problem, not only in mine but for everybody, is the part-time contract and the stress of getting a new contract confirmation, or definitely getting another one in a different company (often before the artist has ended the previous employment). Relocating as well is so stressfully.

Regarding the technical problems, there are so many, and they change all the time, but depending on
each role; as a producer I have to make sure my production is doing their best and everything is respecting the target assigned. My client pays and our employees get paid, and either the products we acquire or sell to our investors and distributors must have no misunderstanding between the client and the contractor.

As a director I used to co-ordinate everybody, cast and crew, so fixing a deadline was not so easy because many unpredictable things may happen during production development. And I had to be careful there were no errors/omissions too.

3dt: Please describe your workflow and essential toolkit. Which software helps you overcome them and why?

As a VFX artist I can say I used to follow the need of the company working in After Effects for roto and/or going for match-moving and modeling. I did a few models, and just used CINEMA 4D for vehicles in low poly. My role most of the time was in composting, but my favorite was matte painting using Photoshop and After Effects. I don't know why, but this often gave me a greater satisfaction, rather than working with particles. Perhaps it was good for me as it was more convenient regarding the time factor.

For video editing, I would use Final Cut Pro, but I can tell you that AVID is much better, and is full of functions for 3D and Stop Motion in the latest version, although Premiere also improved a lot.

3dt: What do you enjoy most about working in this industry?

My job is my passion. I don't see it like work or a regular routine job. To explain that so you can understand, it is like living in Disneyland forever! Often, when I could get the chance to stay after the hours of the office were over, I used to bother the co-workers of another department because I wanted to learn more about their job, or staying in the set till night watching the soothing green screen and helping the crew. One time I remember I asked to be the assistant of the Gib camera operator. Supporting him using the Jimmy Gib was fun, and the atmosphere was great – we enjoyed it a lot!

Another time, working in mocap, the VFX supervisor needed to co-ordinate the stunt man, but unfortunately he couldn't speak English very well, so I translated in French. That time some markers were damaged, but for me it was interesting to see the set development, and helped me a lot in my work. If I hadn't been interested, I could have gone home after finishing my hours, but I would've missed these learning opportunities, things that became important and brought me many benefits during my actual role.

3dt: How do improvements in technology impact on your work? Is it hard keeping up to date with the latest developments?

Well honestly not so much; likely it is stressful of course, but this is the job. As for myself I'm a multitalented producer; I was born as a VFX artist, beginning as a video editor, and after I understood I liked production, I got the chance as cameraman, director and writer, music composer and sound designer (thanks to my studies in classic guitar during school). In recent years I studied photography too, and I bought my first DSLR, learning to fix the focus, managing the lenses, ISO and so on. All these years working in CG, often as on-set VFX supervisor and producer (sure I was aware about digital photography already), I decided it was helpful for me to better understand the work of the director of photography.

3dt: What advice would you give someone looking to join the VFX industry?

It's not easy, but neither impossible. It takes time sometimes, but the important thing is never to give up. In the beginning, you'd do well to try and offer your co-operation, even if it could be free of charge. Please keep in mind if you like this job, try to be flexible, having passion, and be modest but hungry to learn, improving yourself and your name/reputation. Later you'll get many opportunities; one more thing, if you want to go for production (like me) I recommend you learn all the things you can related to your role, but especially about the role of your colleagues, because in this way you're going to work much better and be able to lead your team in the right way.

3dt: We hear you are producing a movie all about the history of visual effects. Sounds exciting! What can we expect to see in it?

Exactly, and this movie will be a documentary about an ancient art over 200 centuries ago coming from Sicily named the Sicilian Puppets. Basically this manual animation technique is a prequel of the new generation of CG animation, from the Jurassic Park film to the first live action version named Lost World in 1925, and the cartoon genre by Walt Disney. From the special effects and visual effects used in Star Wars, using models in scale and manual animation (with the same techniques as the Sicilian Puppets) until Alien, and Terminator with their animatronics. These days, all productions still use SFX and VFX in CG; one example is that WETA Digital has a department specialized in SFX named WETA Workshop, and that's why Lord of the Rings is really cool.

I love playing guitar, and sometimes I enjoy composing music with Cubase, and this software is like Pro Tool but very practical and full of options; for example it is good also for sound design and dubbing – you can manage both, and manipulate samples afterwards. Or you can just use the sounds previously recorded to compose the sound design, which can be difficult in the original timeline.

For the rest of my time, I watch movies (my passion), play videogames and retro games. I ski in winter, travel a lot, collect Japanese action figures and diecast robot metal models (Mazinger is my favorite), read books, party, and especially like eating in good restaurants.