“Another great challenge I wanted to tackle from the beginning was design; that is why you only see original work in my portfolio.” Discover more about character artist Gabriel Bona’s artistic journey so far…

Thank you for sharing your journey so far with our readers. Let’s begin: please introduce yourself and let us know how long ago your journey started? What drew you to art? Any early influences?

Hey guys, first, it is a pleasure to share knowledge and my journey with you guys and 3dtotal, which has been a part of my journey since the early days. As a kid I grew up pretty much interested in video games and drawing, both things always side by side, especially because I was very motivated to draw characters from the games I’ve played. The one most influential to me and still to this day my favorite franchise was Diablo 2. At first, seeing my cousins playing and later on playing it myself, my first ever PC game was the first installment of the franchise (Diablo) but I was 6 years old at the time, so I must say that the second game was the one that I played the most.

Following those influences and habits that I had during my childhood I eventually, many years later, found out you could actually make video game characters, and that is what got me into 3D, more specifically into ZBrush, in 2016, so that is almost 5 years ago. At the time I had all the free time needed to study all aspects of 3D software, and the artistic skills I needed to become a decent character artist. Of course that was only possible thanks to the support of my mother and my first two mentors, Andre Castro and Rafael Souza. They taught and showed me the path to become what I am today.

From my experience I think the most important thing is being able to really believe in what you can achieve with persistence and hard work. If you really do and keep working at it, eventually, you will get there. My goal was to join a triple-A studio in 4 years of study, and I did, and there wasn’t a single day that I doubted myself, I knew that if I had the mental strength I could get to that level within that time.

My early influences were definitely the artwork from Blizzard (and still is) and later on the work from fellow Brazilian artists, like Glauco Longhi and Rafael Grassetti. I have many, many influences, the ones that I must mention are; Mauro Belfiore, Stefan Berentzen(OccultArt), Nesskain, Ran Manolov, Jonathan Fletcher, Fausto De Martini, and Vadim Bakhlychev (slipgatecentral). 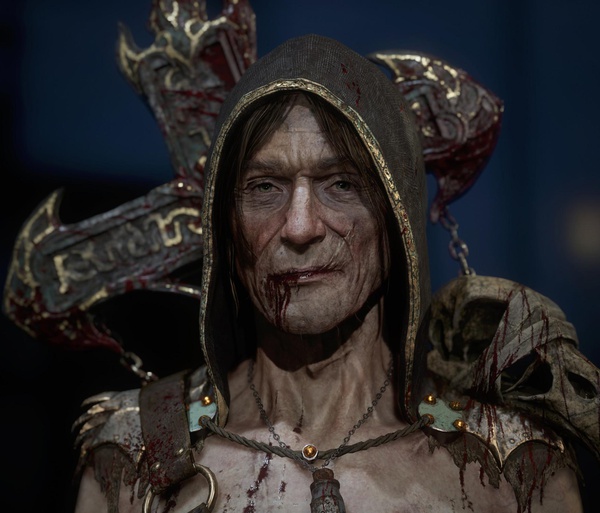 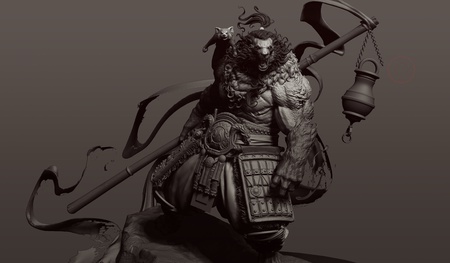 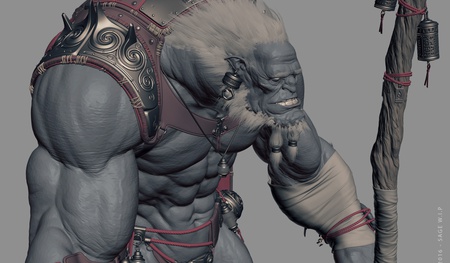 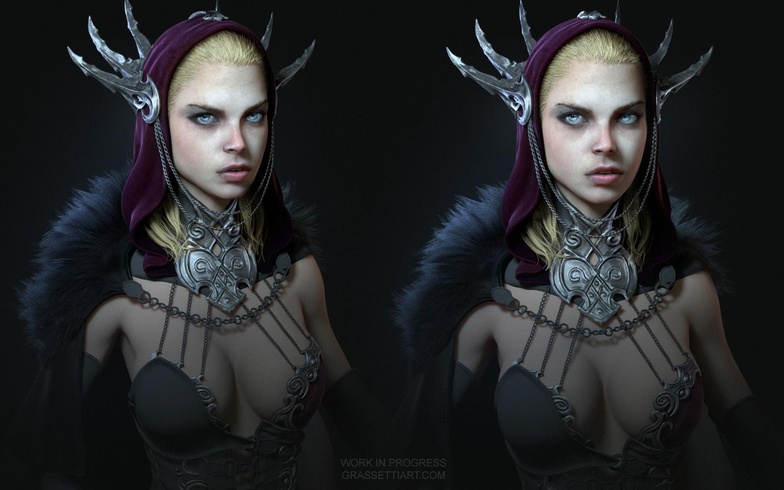 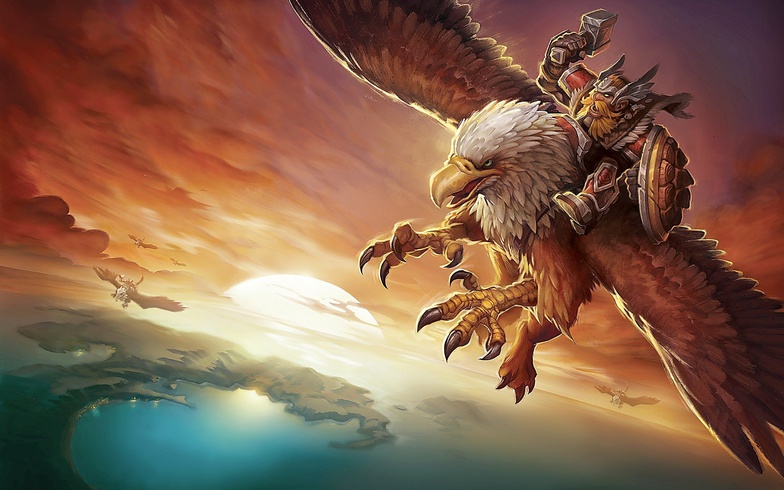 What training or learning did you do in those beginning stages? Could you see your progression?

I mainly focused on anatomy for many months, of course it is always a focal point to me when I do my personal work, I never use any basemesh and I try to sculpt the anatomy even from parts that I know they won’t show in the final piece, because I know the importance of doing things for the sake of learning and not showing. I also wasn’t afraid to dive into big tasks, like going for a full character instead of bust, for example, this forced me to learn many things and obviously the project took way longer, but since I had the time, why not learn as much as I could? I’ve always seen good improvement in my portfolio because I’ve always integrated the learning into the personal work, the learning is the most important.

Another great challenge I wanted to tackle from the beginning was design; that is why you only see original work in my portfolio. I know the value and importance of having great design sense, that is why I don’t do 3D work based on other people's concepts. It may be a skill that a 3D character artist doesn’t use as often as a concept artist but it is definitely a must when you see it from the art perspective. My art always comes before my profession. I am an artist first, and I always will be.

Which piece are you most proud of, and why?

Definitely the collaboration I did with my mentor and good friend Stefan Berentzen (OccultArt). We really tried to push the boundaries in all aspects of the project. It was a huge design task, a monumental technical piece, it demanded many, many hours from us and I think the final result looks great. Not many artists have the patience to do what we did, we weren’t afraid of redoing things and that is why we were able to make it better with each iteration.

Have any of 3dtotal’s published books been useful in your development?

Most definitely, before even starting 3D I bought a book called “Photoshop for 3D artists”, funny right? Because at the time I didn’t even know 3D I just bought it because I thought it was going to be an interesting read. After getting into 3D I had also bought “Anatomy for 3D Artist” and many of the “Sketching from the Imagination” series. Those books are still present and when I’m drawing I always resort to them to explore different styles and artists, they are great! Definitely recommend it to everyone. 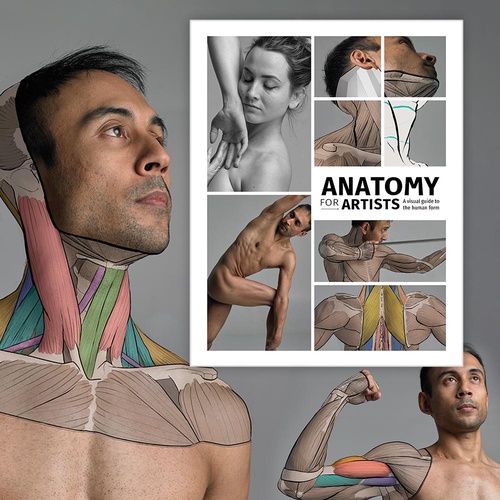 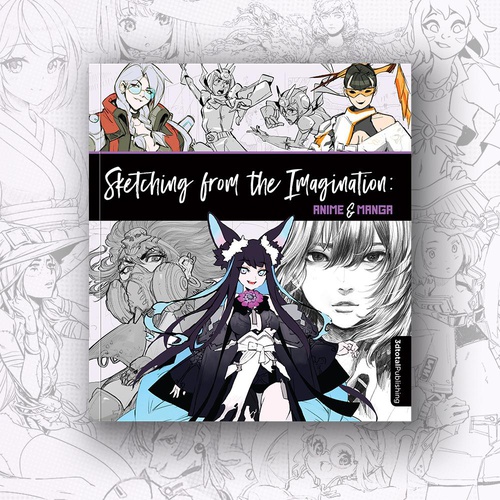 What advice would you give to any of our readers who are just beginning their journey now?

Be patient with yourself, just because I was able to reach my goals super fast it doesn’t mean you need to. Take time to really know what you like, explore different areas, don’t be afraid to dive into traditional art and the foundations, learn from the old masters and most importantly, always listen to your heart. Be an artist, don’t sell out, don’t let money stop your growth and don’t be comfortable. Being comfortable will slowly kill your passion and make you miserable, NEVER let that happen, take the path of most resistance and thrive!