10 ZBrush plugins I love, and why

Character artist Danny Mac talks about the ZBrush plugins he uses most often – and what makes them invaluable to the digital sculptor!

ZBrush has a bunch of different plugins that don’t always get the attention they deserve. These include the official plugins that come shipped with ZBrush, official plugins you need to download and third-party plugins that a few clever people have developed (for free!). In this article I’m going to cover the plugins I use the most and why I think you should too.

GoZ is not strictly a plugin for ZBrush but rather a plugin for other apps you use with ZBrush. The reason this is first is because if I had to choose to keep only one item from this list it would be GoZ. GoZ will allow you to transfer all of your models between most 3D packages with one button click and can even carry material information too. If your 3D app isn’t in the default list of apps, supported third-party versions are available for Modo, Lightwave, Daz, Poser, and more. An unofficial version for Blender is also available under the name GoB, which is what I use.

This plugin has shipped with ZBrush since version 4R8 and is incredible. When you render in ZBrush you get up to 7 basic default render passes. It can be quite time-consuming saving them all out individually and compositing them in an app such as Photoshop. Not only does the ZBrush to Photoshop plugin give options for 24 different passes (24!), it will also render them all out automatically and arrange them appropriately in Photoshop, so you can jump straight into compositing! Some of the passes are really clever too, such as different light angles so the lighting can be completely changed after rendering. 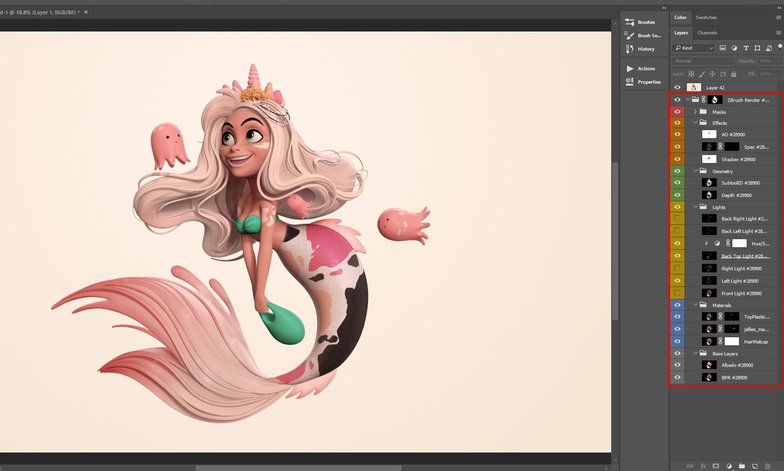 Over the past few years I’ve heard a few complaints about ZBrush’s non-standard way of calculating scale. The reason ZBrush handles scale differently is correlated with its ability to handle millions of polygons. But there are several reasons you might want to set a real-world scale in ZBrush, particularly with the emergence of 3D Printing technologies - Scale Master is the response to this. As you might expect the plugin gives you control over the precise scale of your model(s) and essentially works around ZBrush’s scaling system. One of the most useful aspects of this plugin I’ve found is actually the splash screen which explains how the scaling system works.

This is a really nice little script that allows for much better control over curves in ZBrush. Before ZBrush added the Liquify and Elastic functions to curves they were very difficult to control. Even with the added functions, they can still be a bit of a headache. Curves Helper works with ZSpheres, which are much easier to handle. Simply create your desired shape using ZSpheres and the script will convert them into a curve. 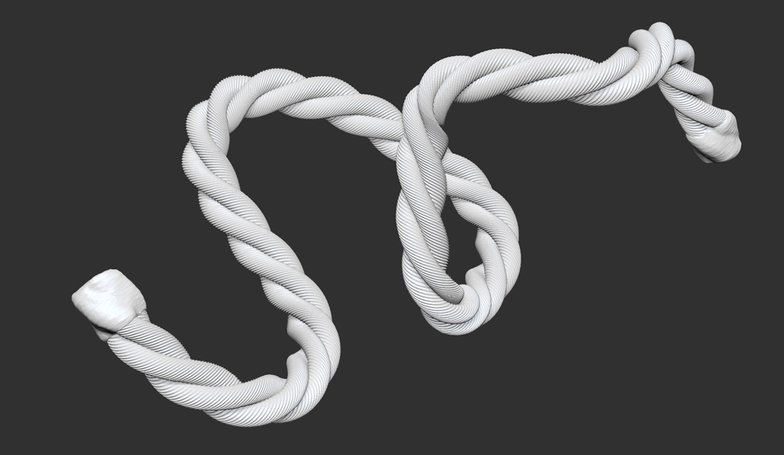 A common problem with ZBrush is that when you subdivide a mesh it shrinks slightly. The lower the poly count, the greater the shrinkage. Some of you may have already heard of Ryan Kittleson but did you know he has a bunch of additional functions in a plugin he calls Ryan’s Tools? Within this box of magic is a button called Smart Subdiv which subdivides the meshes without this shrinkage. I can’t even begin to work out how he’s managed to do this but it works extremely well. Give it a try, there’s a bunch of additional cool functions! 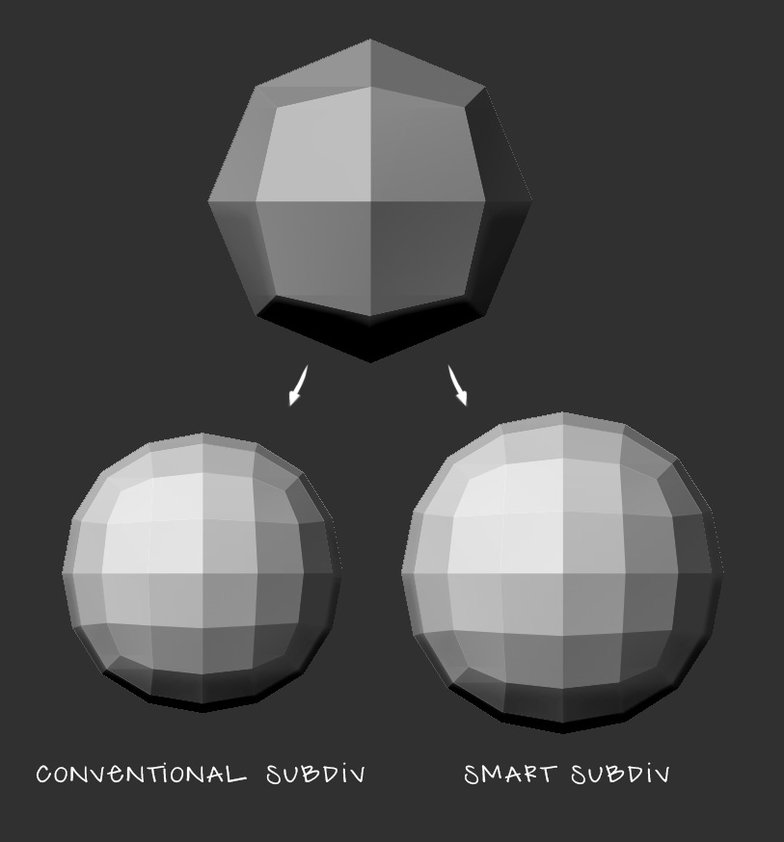 You’ll find another box of tricks from Nick Miller and my favorite tool from this is actually very, very simple. Despite its simplicity it finds its way into this list because, aside from brushes, it’s the function I use the most frequently in ZBrush. When your model is divided into polygroups (which is something you really ought to be doing if you aren’t already!) you are able to affect the amount of influence your brush has on a polygroup using the Mask by Polygroups slider. This can get a bit cumbersome if you’re constantly pushing it up to 100 and back again as I do. Auto Mask Polygroups simply toggles between 0 and 100 with 1 click. Add this to a hotkey and the time saved mounts up very quickly! 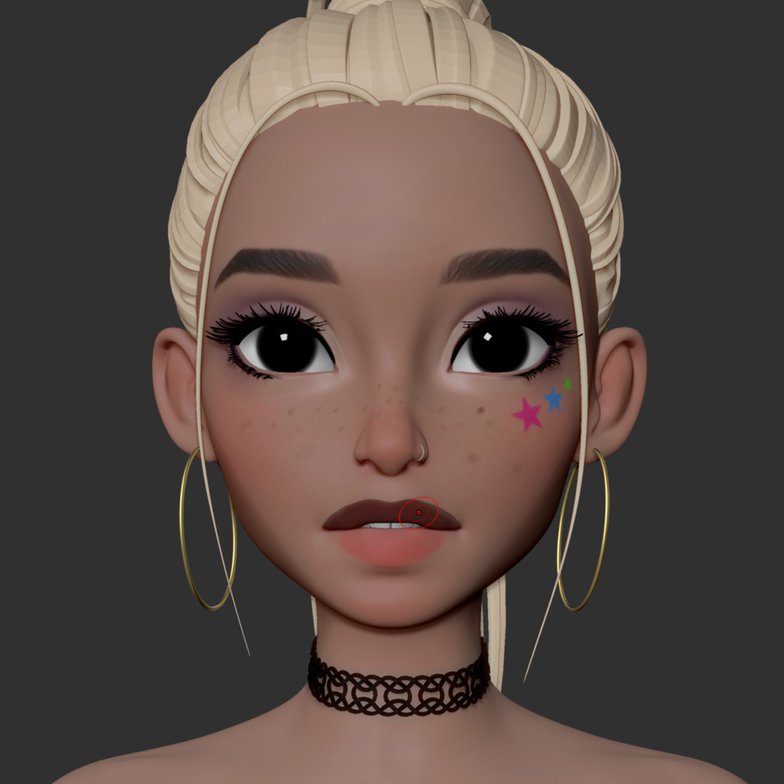 Turntabler is a relatively new one by Pixologic and is a treat for rendering out turntables. Similar to the ZBrush to Photoshop plugin, it will automate the process of rendering out a bunch of different passes of your choosing. Again, this includes different lighting passes so you can edit the lighting when you composite the passes in something like After Effects or Nuke.

Multi Map Exporter should be your default go-to for exporting maps from ZBrush. It will automate the process of generating from a choice of Displacement, Vector Displacement, Normal, Texture maps, and the mesh itself. It also has two non-default options for exporting ambient occlusion and cavity maps which can be useful for a variety of things outside of ZBrush. There’s an abundance of different export options for each map which can be saved to a preset file for future use.

ZColor is a really cool new plugin by Pixologic. It is essentially a swatch manager that offers color harmonies based on the selected color. If you have ever used Adobe Color (formerly Adobe Kuler) you’ll be familiar with how this works – it’s a bit like having an Adobe Color right inside ZBrush. The best part is you can import swatches downloaded from Adobe Color and import them direct into ZColor. Very handy! 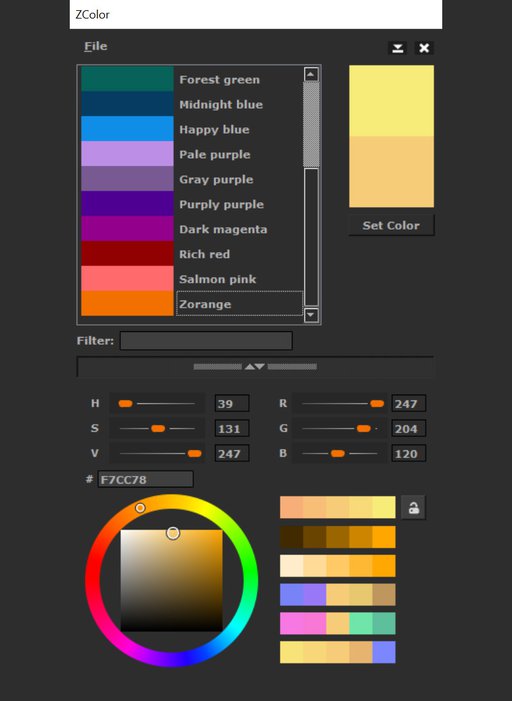