After principal photography had completed on Season 2 of Altered Carbon, Emmy Award-winning VFX Supervisor Jay Worth (Westworld) joined the Netflix production that revolves around elite interstellar operative Takeshi Kovacs looking for his lost lover, while his digitally stored consciousness inhabits the body of another person. “I had worked with the showrunner Alison Schapker on Fringe and few other things, so there is a good shorthand between us in terms of getting the show to where she wanted it to go. I had come off of working on Living with Yourself for Netflix and knew the head of visual effects over at Skydance. It all coalesced. I joined in post to oversee the final push on things.” 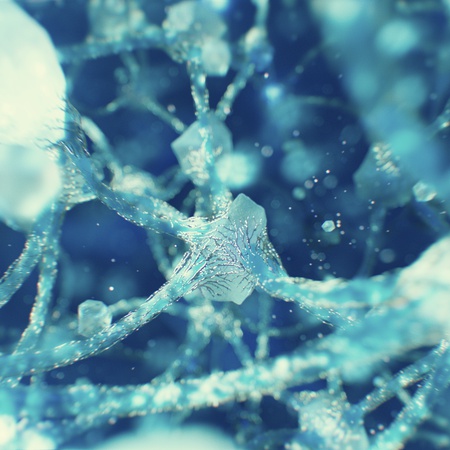 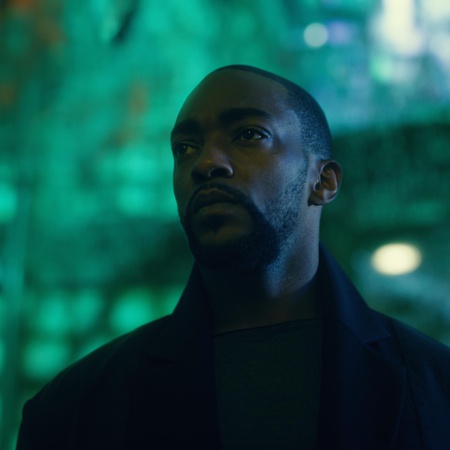 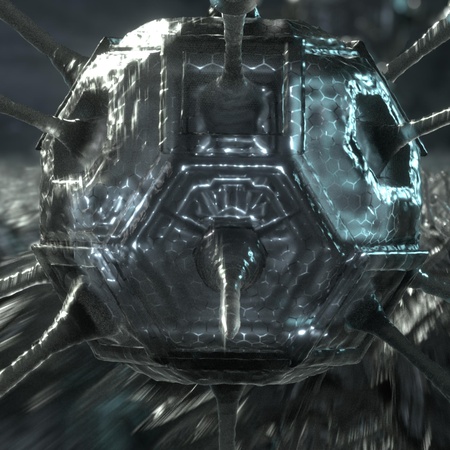 There was not a reliance on postvis. “A couple of shots were still in previs that we took straight to final. Most of what we did was shot execution and figuring things out with editorial. We hadn’t locked a lot of the episodes and had a fair amount of marathon spotting sessions; that’s part of the normal process for a show of that size and complexity.”

“1809 visual shots and 128 assets were produced by DNEG, Spin VFX, Switch VFX, and Mavericks VFX. There were so many different assets,” states Worth. “A lot of buildings and guns.” Extensive sets were constructed. “The set design was easy to add to and incorporate,” notes Worth. “The Plaza was some CG builds and numerous extensions. We did a lot of work above the cutline on several sets. The nice thing about Season 2 was being able to focus on different communities and areas of Harlan’s World. We took all of our cues from the art department which did a great job of dressing everything down low.” 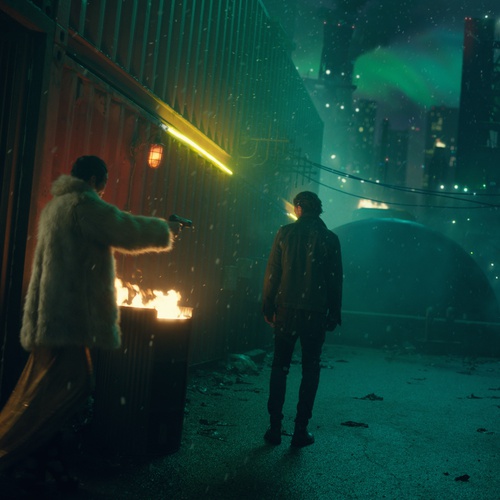 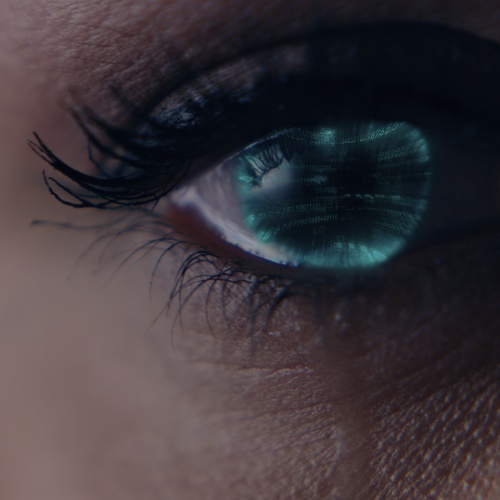 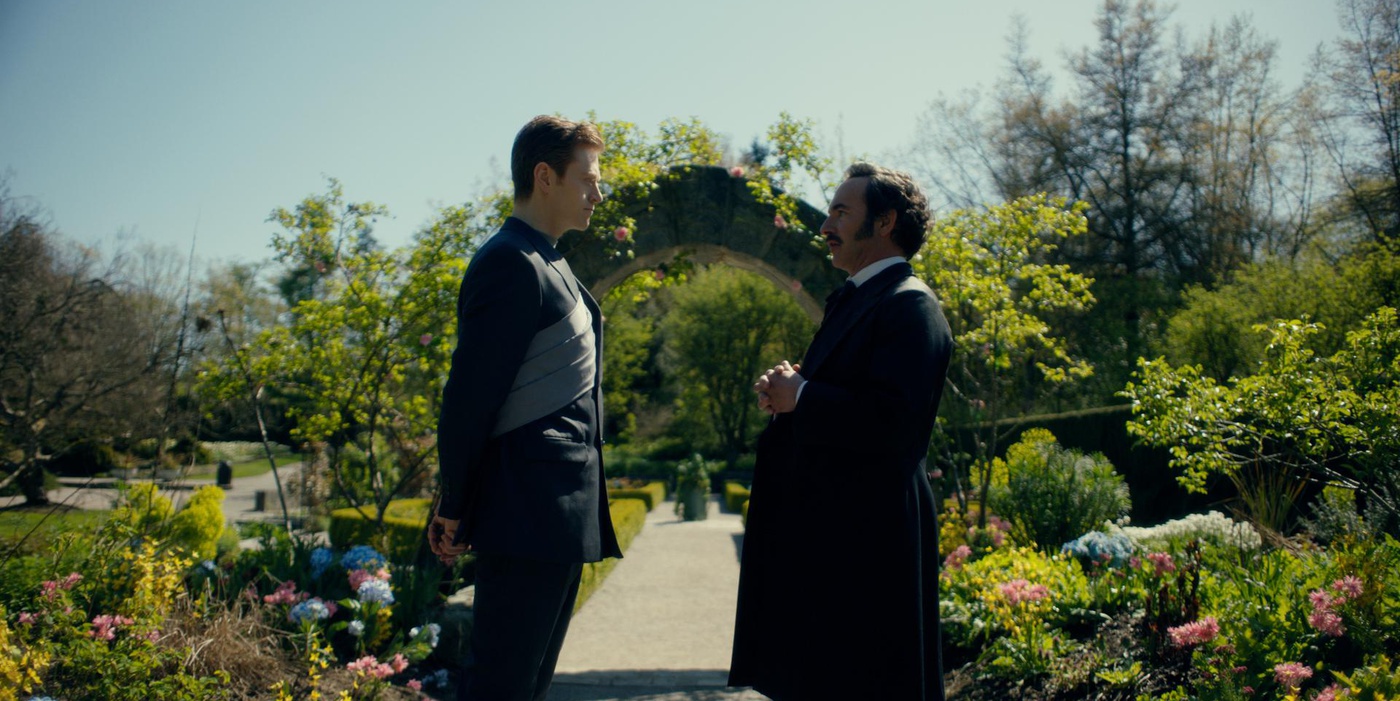 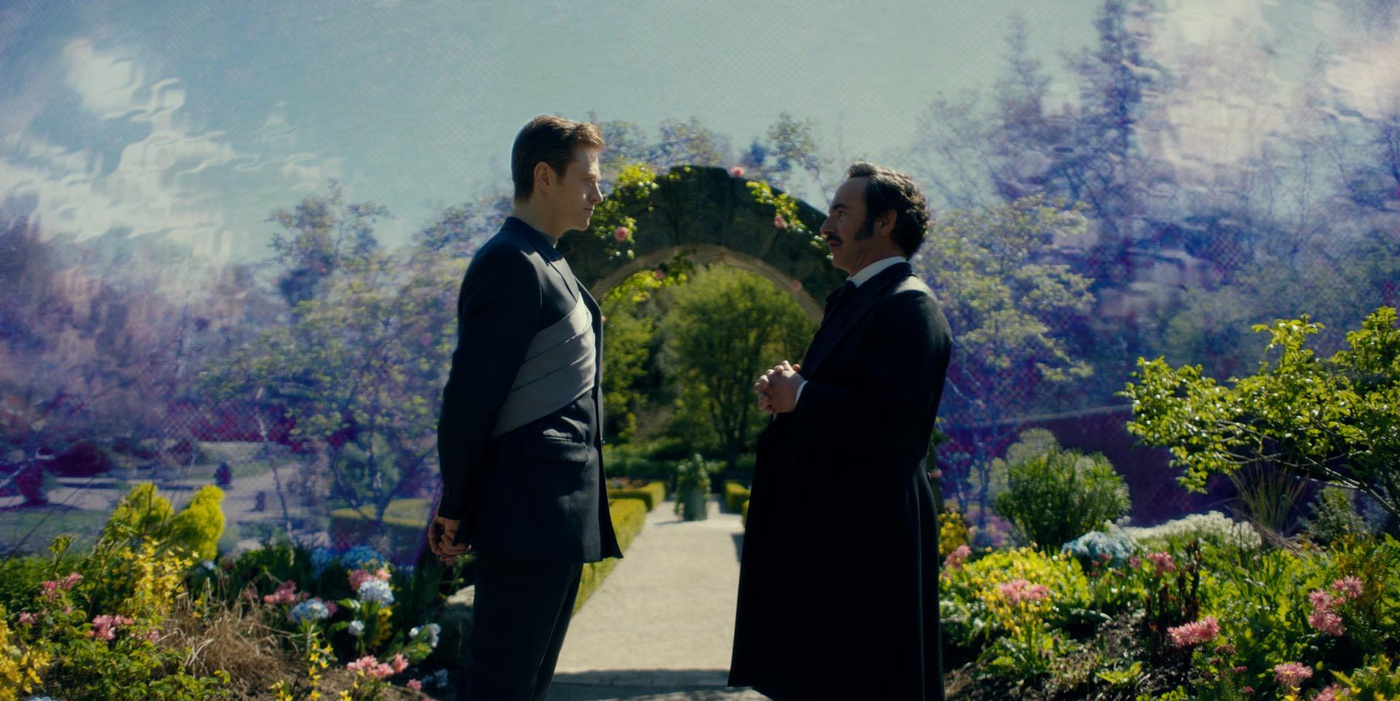 “We added holograms and advertisements to give it the vibe of the show. Also, there was so much out in nature with all of those caves where the Elder lived. We had these various areas that all felt of a piece. There is a mixing of the socioeconomic classes at the Plaza. But when we focus on the mining communities most of the visual effects there were adding holograms and the fight work.” Fights are a trademark of Altered Carbon. “We had less face replacements than you would think. The actors did a fair amount of their own work.”

Conveying the proper size and scale was never an issue for Worth. “They were able to write to and design the world around the shooting parameters that we had.” Season 1 established the visual language for Altered Carbon and was expanded upon in Season 2 which occurs 30 years later. “Most of the things that we looked back on was some of the technology to make sure it felt consistent,” remarks Worth. “We were able to develop this world and take it from art department all the way to the completion for these beautiful flyovers. The mining shot was wonderfully designed and executed by production on down.”

Bluescreen is a common onset tool. “The bottom portion of the Elder cave was built but then we wanted to have glowing roots as well as extend the set up.” The night-time scenes were forgiving. “The shots done at night had more magic to them. It was harder to get the orbital communications to read during the day as you have to deal with clouds, and make them bright and visible without looking fake.” 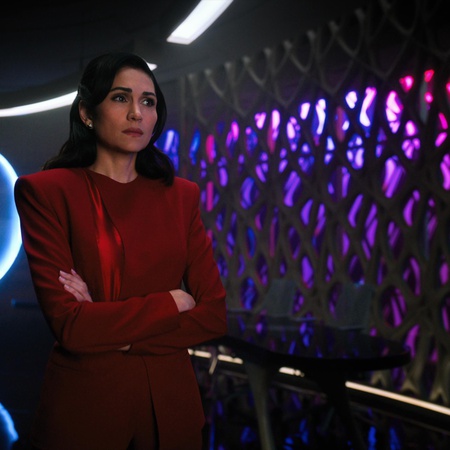 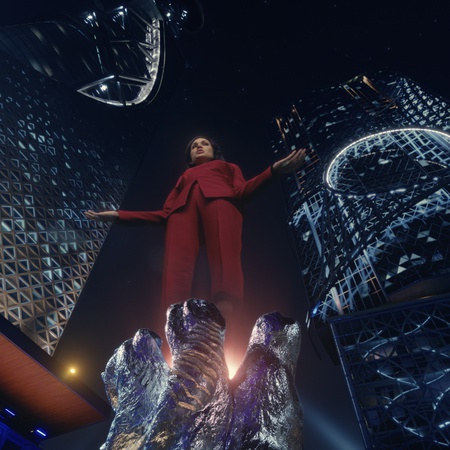 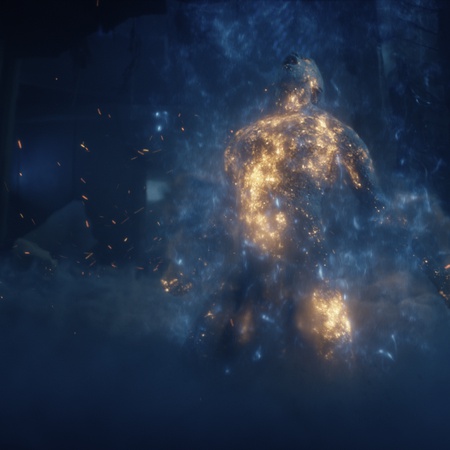 Outer space shots were completely CG. “The whole season comes down to what these orbitals do, and how they communicate and are connected to the Elder,” states Worth. “One of the things that we worried about were the orbital attacks. The attacks in the forest with the soldiers ended being the most beautiful, elegant, and horrific right out of the gate. There was a lot of conversation about what the orbitals should look and feel like. If we have to get pulses of energy coming together in a grid pattern that gets tighter then it made sense to have something that felt like lightning streaks that go out, crackle, and have different brightness and tonalities.”

“We worked backwards from what we knew the end was going to be and were able to build something that told the story, felt real and organic in an interesting way.” The best tool to achieve the desired result dictated the methodology. “Some of it was split screens, poor man’s motion control and motion control to be able to do repeatable actions in being able to see people in different environments and have them pop in; there is some fine compositing work in being able to marry those together.” 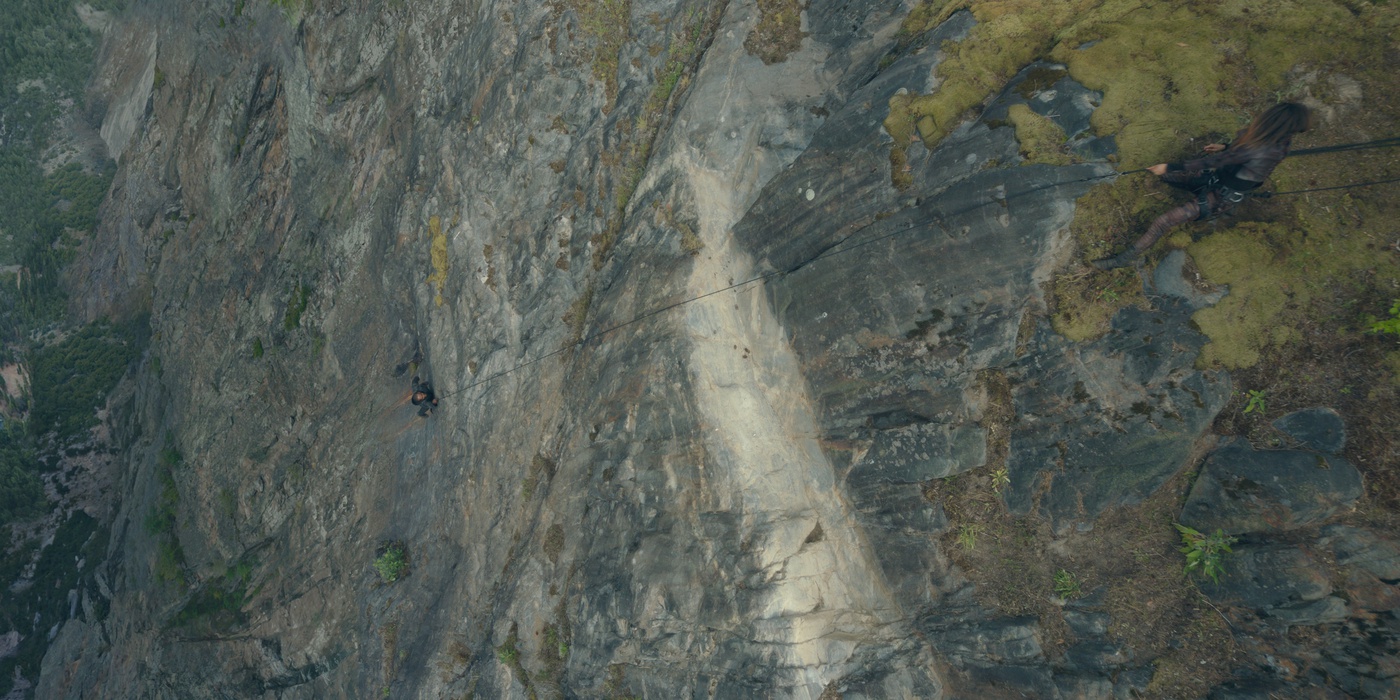 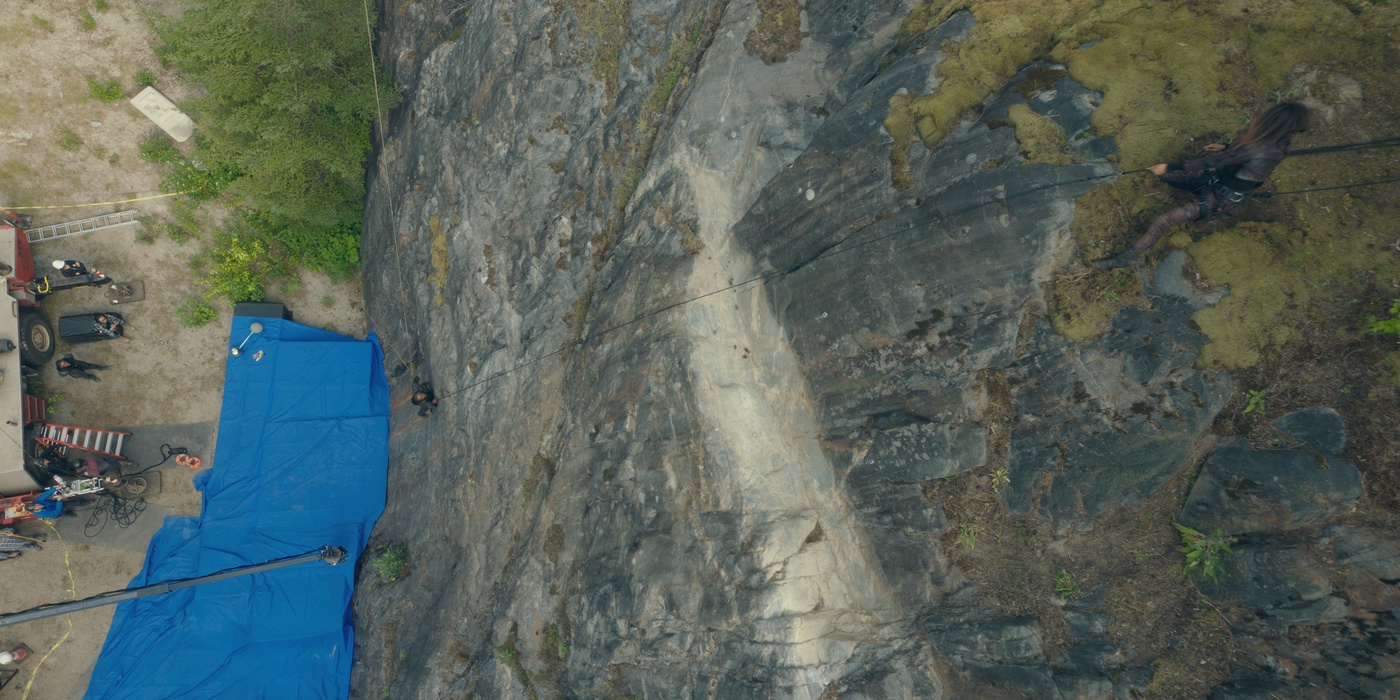 A CG creature build was the Elder, a native species of Harlan’s World. “It was trying to execute on the design that we had already come up with and give the scene its due,” remarks Worth. “The Elder has no eyes and wings. It had that one moment where it is perched up there and attacks. We had to figure out how to give it an ancient quality as well as something that makes sense. There are so many different parts of the Elder; it’s inhabiting these different people. We had to figure out what that might mean and look like. We were able to alter it as we go. It was more about how much glow in the wings, the animation, how it jumped, flew and attacked.” 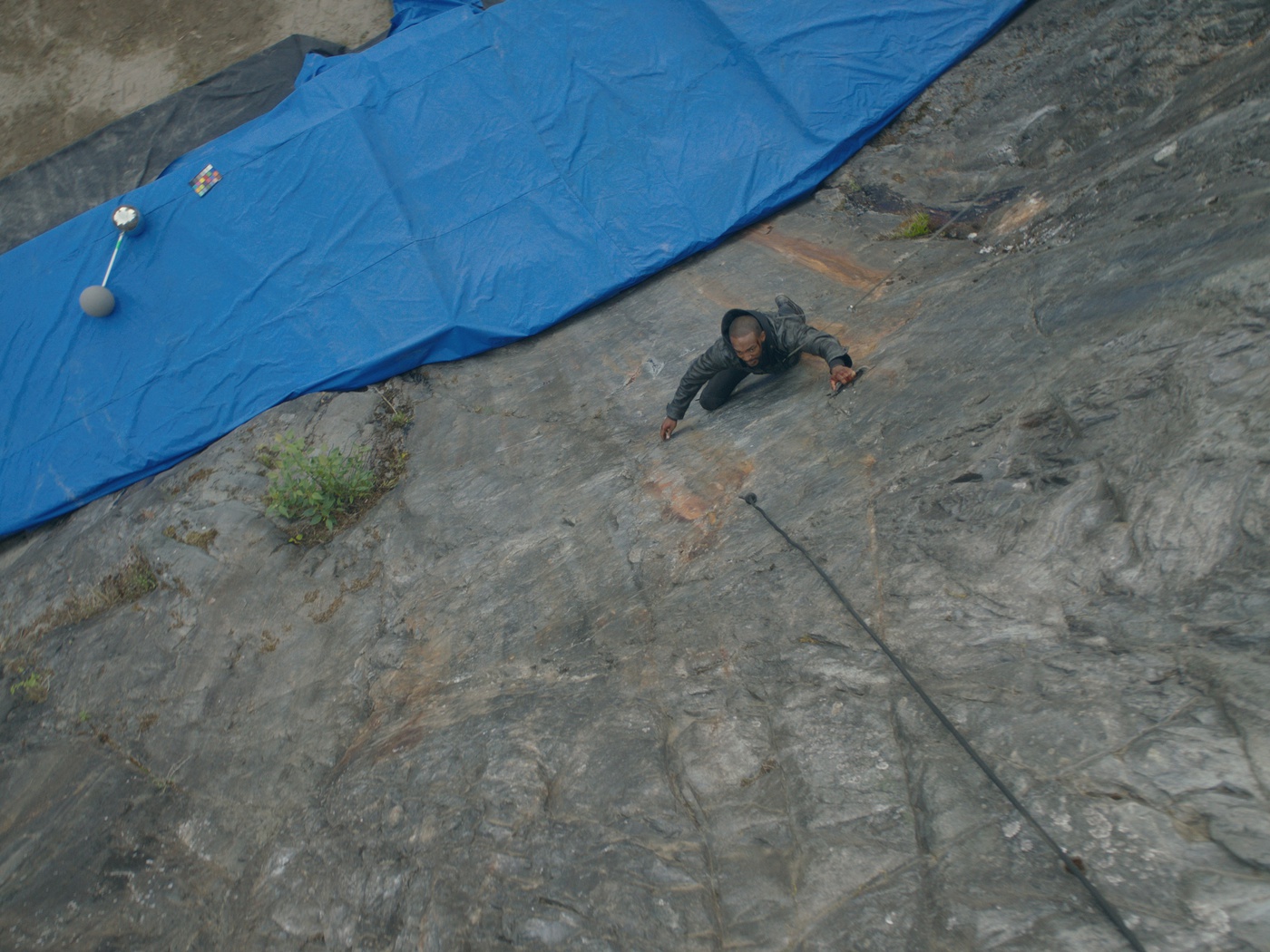 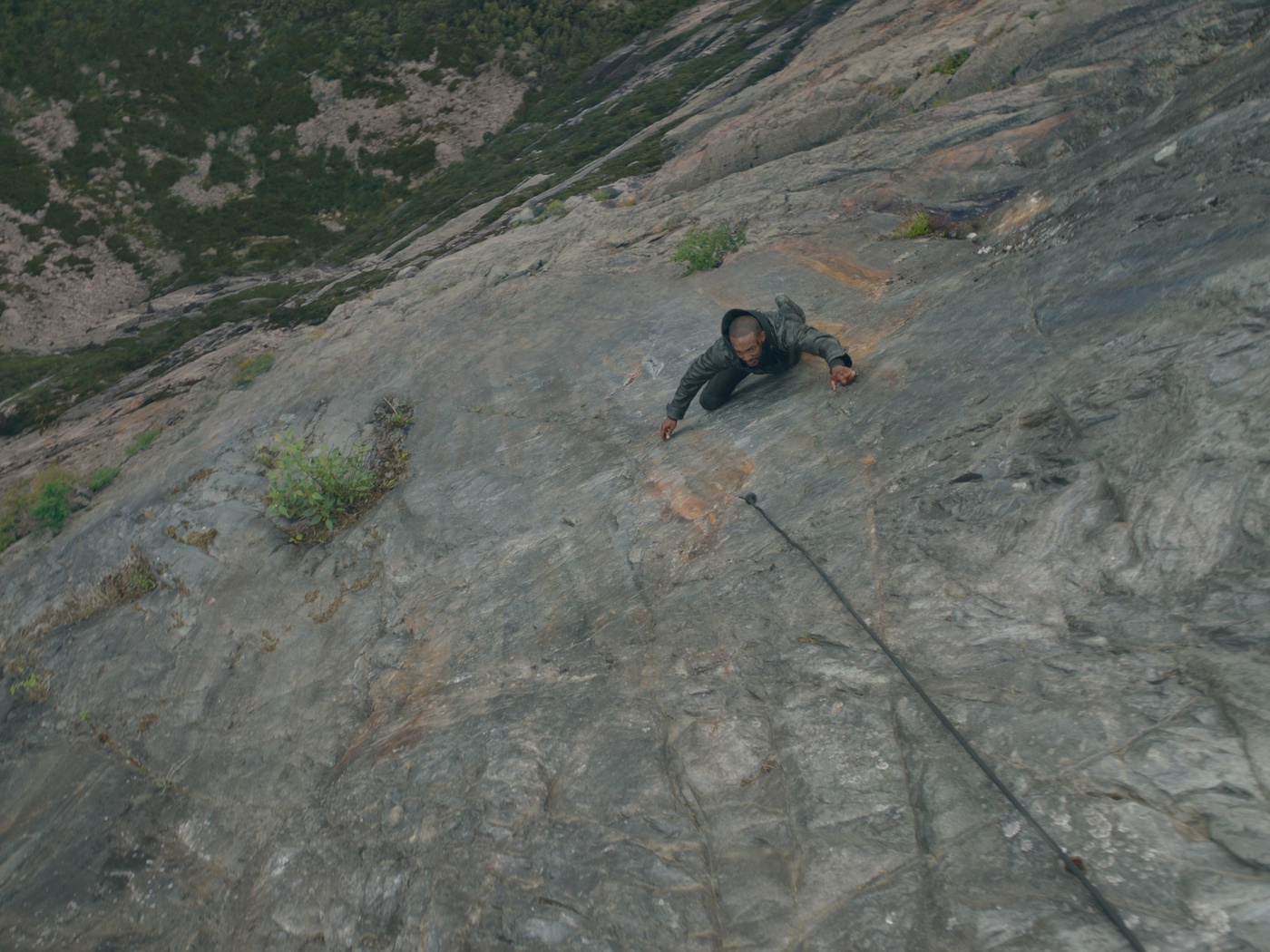 A prevailing question was how to add life to the Elder Cave. “We have these moments when she is having dreams of these vines wrapping around her. Then we also have the Elder Trees. We painstakingly looked through each cut and figured out which angles as we couldn’t afford to do every single shot. When dealing with moving vines you have all of these questions of how do you make it feel like it’s constricting but not like a snake. If it’s growing from the back and pushing up that’s a rigid object, [like a branch]. If it’s growing from the front then it feels more like a vine. It needs to be a rigid but a vine. These nitty-gritty things are interesting to talk about to an artist.”

The artificial intelligence owner of The Raven Hotel known as Poe (Chris Conner) is a personal favorite. “Chris did such amazing job that we didn’t do that much,” states Worth. “We did a lot of glitches in editorial but it’s about how to make it as little as possible so that the performance shines through. You have this interesting technological part where Poe is made up of nanobots so when he forms you want to get that particle vibe to him, but also have a digital quality to it. Then when Poe is degrading you have things where you are playing with it editorially and also tweaking it from a compositing perspective.”

“We also had the soldiers getting burned up in midair when the orbitals attacked. You end up doing a digital double to be able to freeze the soldiers in midair; then having this internal molten glow and crevices of molten energy going through them. It creates this horrific moment of the soldiers freezing, calcifying, and disintegrating as they were jumping through the forest.” 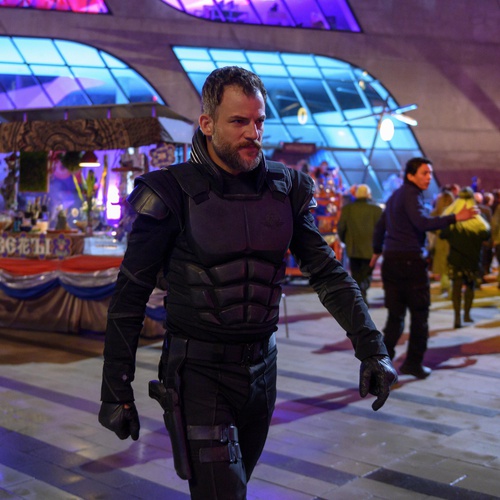 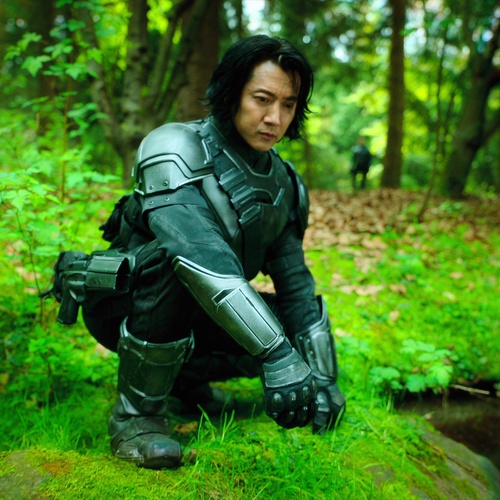 DNEG designed the holographic UI. “In terms of the shot count a lot of the volume were holographic additions, burn-ins, and wire removals,” states Worth. “Having done so many different types of shows with various user interfaces it was great being able to work with the same team and trust that they are going to understand the aesthetic,” remarks Worth. “UIs are so hard sometimes. You can feel it as an audience when you know that the only reason you cut to the UI is to get some information, but sometimes the design goes too much on top of the content and sometimes content takes too much of a front and centre view to the design. I felt with this season as well as the first season was a beautiful marrying of technology and storytelling when it comes to those. Because the story is emotion and character-driven we were able to utilize those when necessary for both emotional and storytelling reasons.”

Worth, Visual Effects Producer Tony Meagher, Executive Producer James Middleton and Alison Schapker were based in Los Angeles. “We had editorial, visual effects coordinators, visual effects editors, color and mix in Toronto. It was amazing how seamlessly they set it up. We were able to login to see everything. In color review sessions we were able to do full 4K and Alison was able to do mix reviews from Los Angeles. This is pre-quarantine. It’s amazing how flexible those systems are now. Alison and James were incredible about turning over things when they needed to be turned over.” 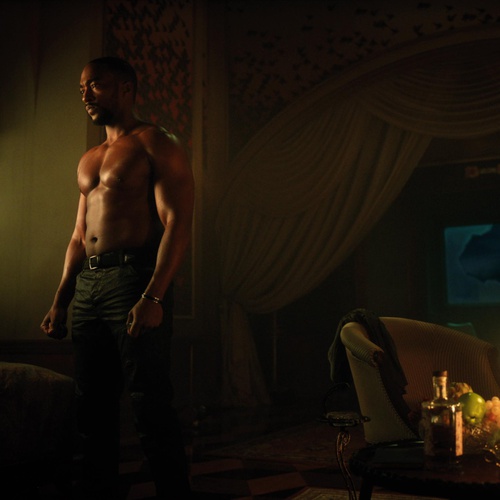 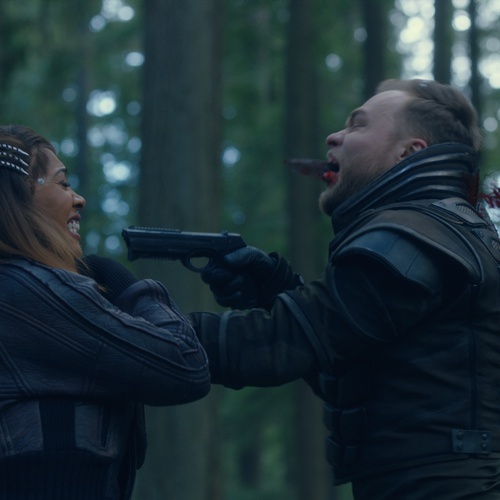 “If there was a sequence that we needed early, we were able to get into that episode, lock it, and turn it over. Maybe things got tweaked here and there but we didn’t have any wholesale changes after the fact. We had things that got added.” Looking back on the work accomplished during the 20-week postproduction schedule, Worth remarks, “I love the finale when everything leads up to the orbital attack and when they’re walking up to house of Danica Harlan [Lela Harlan]. What DNEG was able to pull out from a completely CG fabricated shot using some still photos and scanning of the environment was unbelievable. As well as the Elder attack and flyover of the mining town. They are some beautiful shots from the season.”