7 of the latest addons for Rhino

Every digital artist needs tools to make their life that little bit easier – and to save time for the important bit! Creating! So we’ve rounded up 7 of the latest plugins for Rhino, from making modeling easier, to real-time interactions with your models. Find out more…

Back in 2016 I gave you 10 incredible plugins that would change the way you worked in Rhino. These are still right up there in my list of must have addons but, believe it or not, there are others that are worth taking a look at. In reality, there are a lot more, but this time round we’re going to put before you 7 more kick-ass plugins that will make your life easier. Some of these have been around for a while but that goes to show how tried and tested they are. Let’s head on in.

The first plugin to mention is actually a plugin that bridges the gap between Rhino and a desktop application called Maverick Studio. Maverick Studio is a GPU based rendering app. With this app you can import your models into Maverick and then render your scenes with minimal effort. To make the process of importing as straight forward and simple as possible Maverick have delivered this bridge plug-in that makes the whole process super seamless. The plugin is free but you’ll need to purchase Maverick Studio. It is compatible with Rhino 5, 6, and 7, and will give you a simple toolbar inside Rhino that lets you send and update your models to Maverick. 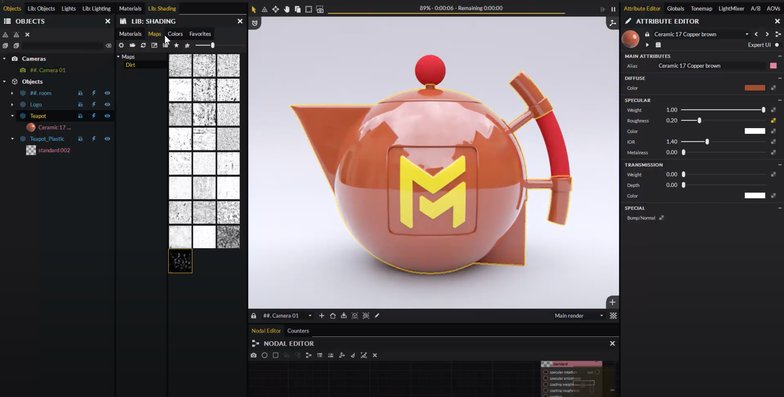 The Ladybug plugin works with Rhino’s Grasshopper. You might benefit from me backing up a little there! What on earth is Grasshopper? Grasshopper is Rhino’s parametric modeling tool which enables users to create models based on parameters. Ladybug itself gives users the ability to visualize weather data and includes options for the path of the sun and shadow studies. This is all super useful if your building project, for example, needs to take into consideration the impact of the weather. Ladybug Tools is made up of a suite of tools such as Honeybee, Dragonfly and Butterfly. Each tool enables a different set of features.

This is another plugin for Grasshopper and provides a similar set of tools to Ladybug. Heliotrope, more specifically, enables the user to manipulate solar geometry. If you need to create designs that take into consideration the position of the sun at various times of the day then this is a great solution for that. The ability to carry out analysis of shadow casting is very helpful, especially if your design is in a sensitive zone or surrounded by other buildings which will be impacted by the design. It’s all parametric and also enables you to carry out an analysis on the sun’s effect upon your structures. 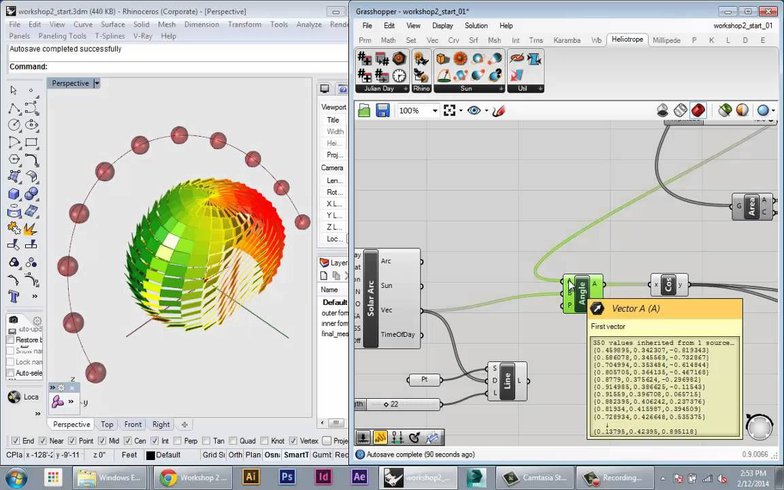 Bongo is a plugin which is now built into Rhino 7 but is also integrated into versions 5 and 6. It is a professional set of animation tools which let you easily create key-frame based animations. Your results can be seen in real-time in the viewport enabling you to fine-tune every single frame of your animation. Bongo also gives users drag and drop capabilities to create animations which automates some of the process. Bongo is still very much a developing tool, hence the release of version 2. With the latest version you’ll get a host of new features including the ability to animate mechanical systems. Once you’re happy with your animation you can use any compatible renderer with Rhino to render your masterpiece. 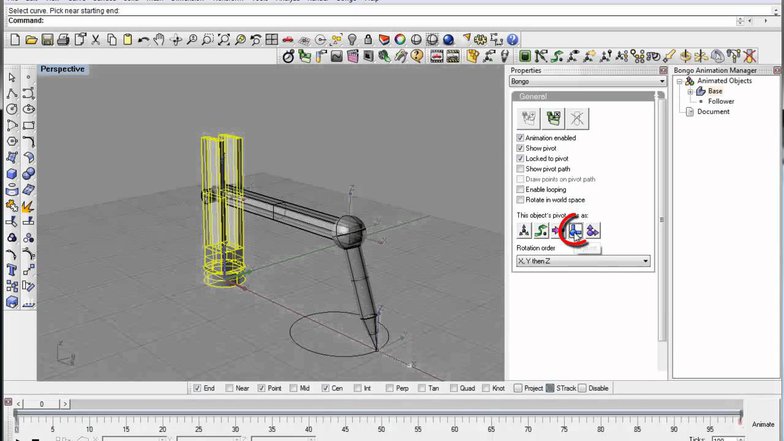 Mol 4 is a NURBS Modeling plugin for Rhino. Getting your head around modeling using NURBS can often give users a headache but Mol aims to provide users with a set of intuitive tools that make the whole process a lot simpler and straight forward. NURBS modelling is perfect when creating mechanical style designs in comparison to poly modeling. So, if you find yourself creating mechanical shapes or industrial designs then Mol will be a brilliant companion. It has a set of powerful and impressive tools with particular mention going to the Boolean tools which not only speed up the modeling process but also are wonderfully stable and reliable. You’ll find the Boolean tools reliable and the set of tools extensive and extremely useful. If you’ve used Rhino’s built in export tool then you’ll know it can’t handle n-gons. Mol on the other hand handles this with ease.

Moving onto our next plugin we’ve got Kangaroo Physics. If all Rhino plugins were judged for the most exciting name then surely this plugin would have to win it. It sounds exciting and full of potential and that’s exactly what you find with it. It is a powerful physics engine that lets you interact with the model even while a simulation is running. This is so cool! There is a ton of applications for this plugin including checking the impact of gravity on your model, wind on a building, and how parts of your model will stand up against pressure. For a free plugin this really is worth just trying out for the fun of it, and then when you’re hooked you can use it for something more useful. In development is mechanical simulation, breakable springs and air resistance. 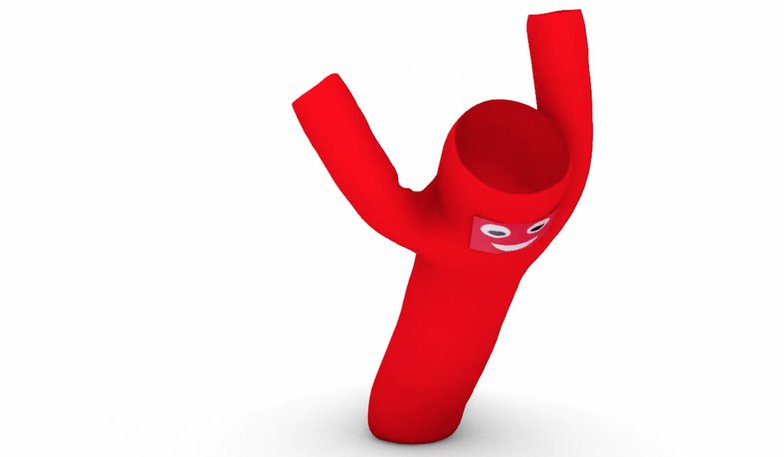 This final plugin, again for Grasshopper, enables users to create a range of mathematical shapes and paneling structures. One of the beautiful things about Rhino is in its ability to handle complex model creations. LunchBox builds on this by giving users tools to create structures and systems which would otherwise be impossible. LunchBox also includes a range of workflow tools including layer management and automated baking and saving. It’s a handy tool that has a range of uses and becomes increasingly useful the more it is used. 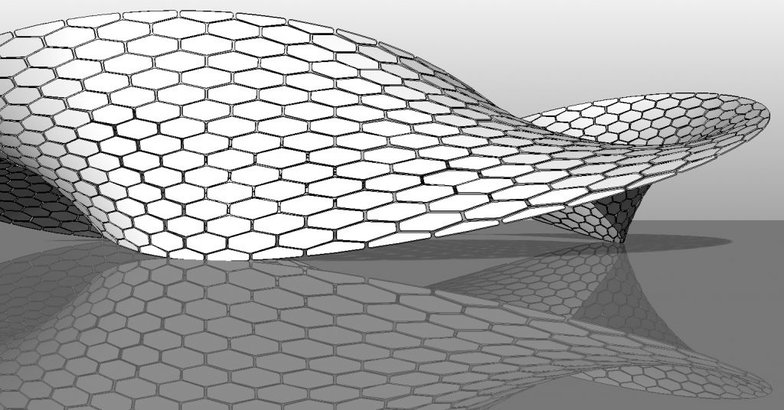 We hope you enjoyed this extra set of plugins for Rhino! Don’t forget to check out the set of 10 previous ones and why not add any plugins that you love in the comments below. It’s always worth trying new plugins and keeping an eye on what’s out there that can make your life easier. And if it’s not out there why not do the whole 3D community a favor and create a plugin of your own!