Travel Companions: The animation of Raya and the Last Dragon

We chat with the Walt Disney Animation Studios team about working remotely to create the unique worlds and dragons behind their latest project, “Raya and the Last Dragon”…

For those wanting a Disney animated feature that focuses more on action than singing then the wait is over with Raya and the Last Dragon; the fantasy adventure showcases plenty of martial arts and provides a lesson on the importance of trust in a setting inspired by Southeast Asia. 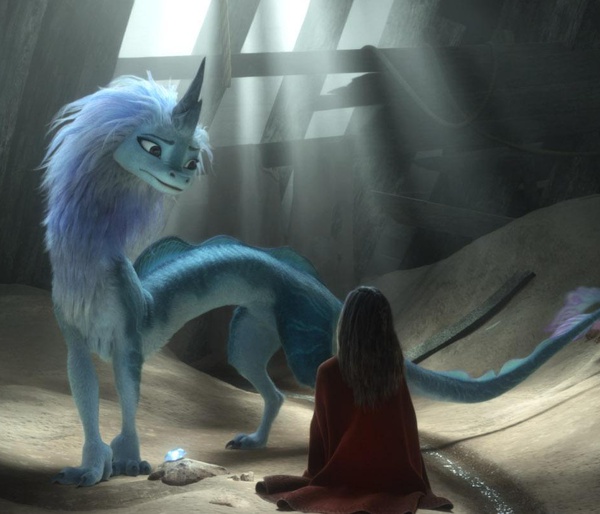 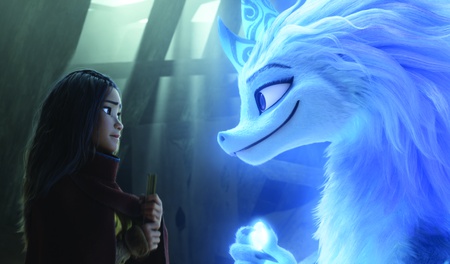 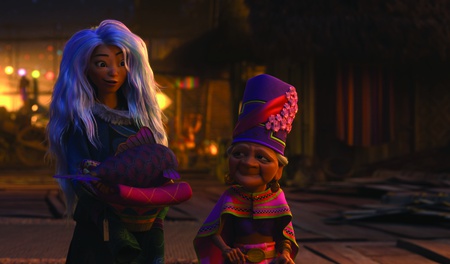 The most impressive accomplishment for the project is that just as shot production was about to commence, the coronavirus pandemic caused 400 artists to work from home meaning that all of the animation was completed remotely. “It has been unprecedented,” admits Producer Osnat Shurer. “It’s all about Zoom and relationship building. You can’t run into people in the line for getting coffee and chat. You have to be intentional about conversations. On the other hand, we all feel a bit closer after everything we’ve been through together.”

Past projects served as critical building blocks. “One of the exciting things that happened is all of the technology that we have been developing for so many things recently came together,” states Shurer. “Moana had a lot of water and there were numerous unusual fantasy characters in Frozen 2 and Big Hero 6. We needed it all in the film. There was another thing that we wanted to do. The film is a fantasy yet is not a period piece. It has contemporary editing, angles, and music.”

“We took authenticity seriously and worked collaboratively with a lot of people from the Pacific Islands to create something that they could relate to just as much as anyone else, and featured so much of what was important to them. We learned how much even the design of the building or temple or house is driven by people’s sense of life, their cosmology, and how they view the world.”

“Everything has a spiritual significance in Southeast Asian culture so we tried to keep that in mind,” remarks Production Designer Paul Felix. “The absence of dragons in our world means that water gets to be scarcer so we try to make it as a special thing. The Nāga spirit is so strongly associated with water in Southeast Asia so we wanted to make sure to keep that connection alive, and that we differentiated as much as possible from the European style dragons.” 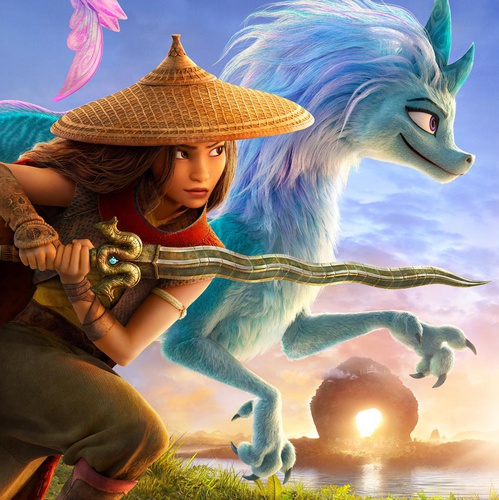 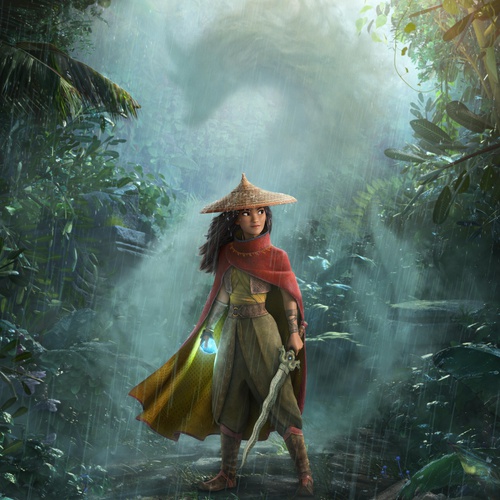 “For Tail, Talon, and Spine, we wanted you to see how they struggled while Heart and Fang are thriving under the circumstances,” remarks Head of Environments Larry Wu. “There are design shape languages per clan. It’s subtle if you watch the movie. Fang is angular, straight, and symmetrical. Tail on the far end is the most chaotic; it’s dispersed and random. The river runs through Kumandra and is like a dragon. Spine is like the back of the dragon; that environment has a strong and stable design to it. Spine is up in the mountains so it’s cold and snowing. There are these large bamboos that they make all of their structures from. Most of the inhabitants have been turned to stone because of the Druun. For me, Spine is the most unique location.”

In some ways it was like creating five movies within one. “We came up with charts that laid out the different design underpinnings of each land. We had palettes picked out for Fang, Heart, Spine, Talon, and Tail, to give them their own identity, and tried to come up with a reason why they settled on those palettes. We had a whole backstory that Tail was where people actually went for recreation so there were ruins of these giant palaces on tops of hills that had crumbled because the water started disappearing once the dragons were gone.” 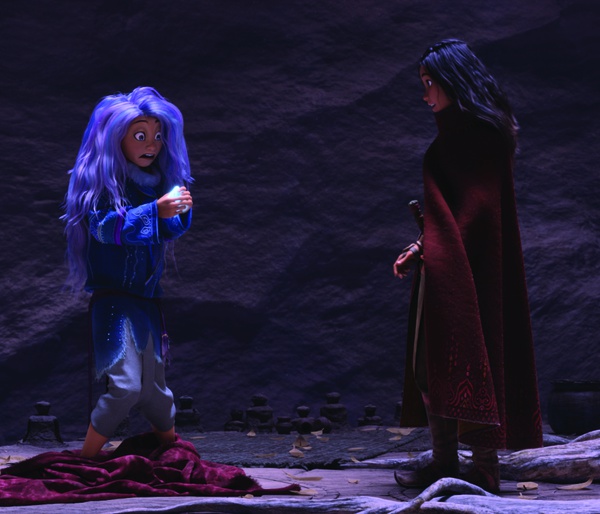 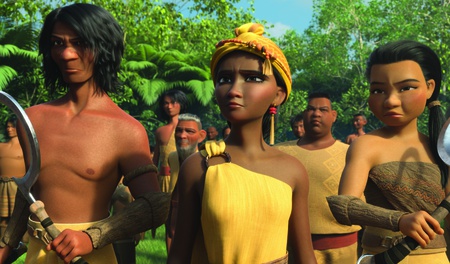 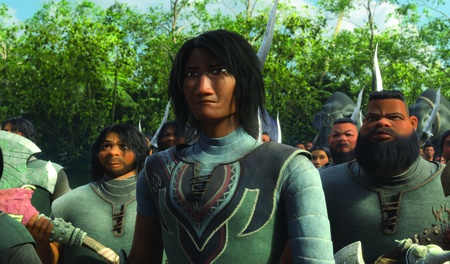 Informing some of the character designs were the voices and physical traits of the cast. “For every movie there is a mix of that,” notes Head of Characters & Tech Animation Carlos Cabral. “We try sometimes to incorporate elements of the actor. For this show, the designs of the human and dragon versions of Sisu were influenced a lot by personality and facial features of Awkwafina. She has some unique features that are appealing which we wanted to incorporate into that.” 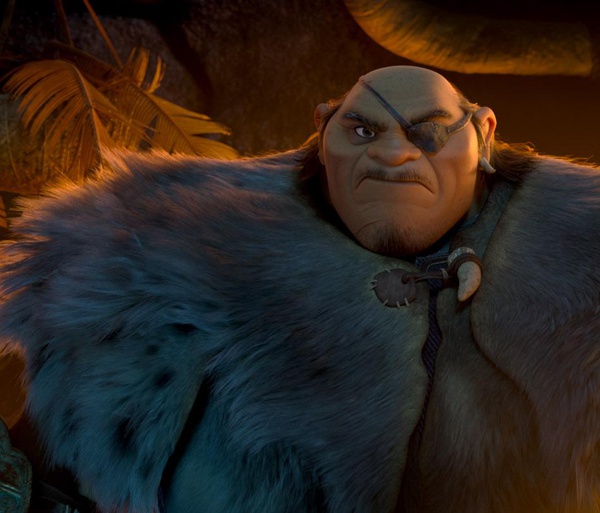 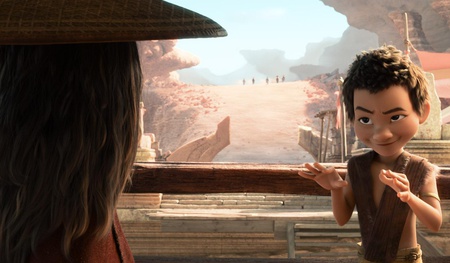 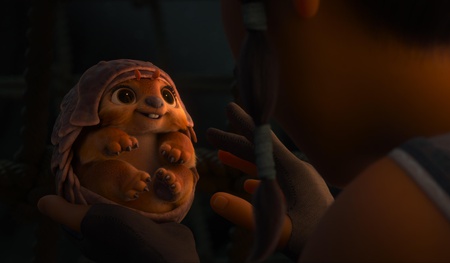 “Tuk Tuk is this gigantic pill bug/bear that has to have this dynamic performance. Tuk Tuk has a big furry faced that has to holdup with this shell, but he also has turn into this giant wheel with a saddle which Raya rides. We had to make sure that he was designed in a way that can carry those broader performances. Most of the Druuns were done by the effects department (which did the smoke and particle work). We did collaborate with them to provide a proxy rig for the animators. The Druun reflects the dark part of the world.”

Two different rigs and models were built for 12 and 18-year-old Raya. “We started with the older Raya and spent months on that rig,” remarks Head of Animation Amy Smeed. “There were certain findings that we learned with adult Raya that they could try to pepper into Young Raya to make sure that it looks like the same character. 12-year-old Raya is spunky and is training to be the guardian of the dragon gem. When Raya grows up and after what happens with her dad, she is still confident but has less spunk

A fun process was orchestrating the transformation of Sisu from dragon to human form and vice-versa. “We had learned a lot from Moana. What is always interesting is finding the ways that animators come up with in their imagination going from one form to the next one. The transformation happens fairly quickly. Each one of those frames were handcrafted. There were human and dragon rigs for Sisu so we would morph and hide parts of the rigs when we needed to.”

A library of volumetrics unique to the region of Southeast Asia was produced by the effects department. “It’s humid there so we had broad atmospherics like mist,” explains VFX Supervisor Kyle Odermatt. “There are a lot of cooking scenes. Lighting used those as compositional elements to increase and improve the read value and structure of a shot as well as to bring it to life.” A year of development went into designing and executing the adversarial Druun which are a combination of swirling smoke and light. 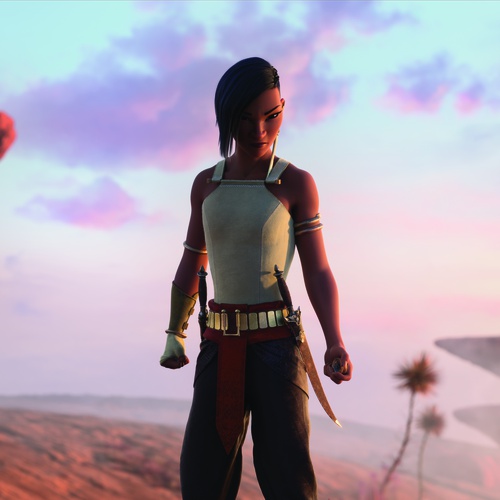 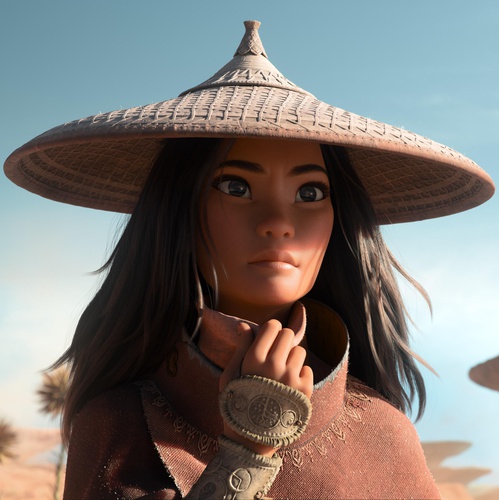 “The Druun do show up a lot in the film so that was one area that we needed to make fairly straightforward. We had to have a rig that was flexible enough to allow our effects artists to achieve what the directors were looking for in those particular shots. We could highlight the Druun because they have an emissive core surrounded by swirling chaotic volumes. We came up with a particular color palette so every time you see the color purple in the film it is special to the Druun. Like with many visual effects houses, we leaned heavily on Houdini for our effects work.” 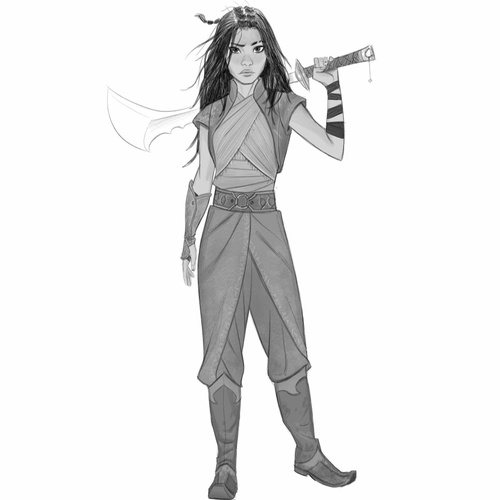 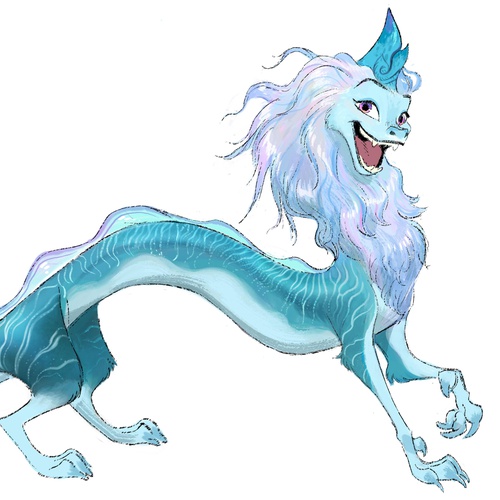 “We’ve had a number of story changes throughout production so trying to keep up with a coherent set of world building that aligns with what is the latest version was always going to be a hard thing,” reflects Felix. “It was such a pleasure collaborating with people I’ve worked with for so long and having a strong sense of where we wanted to go. We relied on each other for so much on this film. It was a huge challenge and everyone came through.”