The FX of “Alita: Battle Angel”

Framestore’s visual effects supervisor Nigel Denton-Howes outlines the scope and challenges faced by his team when creating the FX for “Alita: Battle Angel”…

All images courtesy of Framestore

An iconic arena gladiator sport makes an appearance in Alita: Battle Angel, the cinematic adaptation of a cyberpunk manga envisioned by Yukito Kishiro, with Framestore providing key support to main vendor Weta Digital on just under 300 shots. “The main amount of the work is in Motor Ball and connected to that is a sequence called the Chase where Alita tries to save her love interest in the film,” notes Framestore Visual Effects Supervisor Nigel Denton-Howes (Mowgli: Legend of the Jungle).

“Quite a lot of it we’re doing entirely ourselves. We have some Pro Motor Ballers that we have developed. The original assets began life as previz models at Weta Digital, which were redesigned in some cases by us to ready them for production.”

Enormous environments also needed to be produced within a compressed post-production schedule. “We were brought on quite late in the process to help out with finishing up the film,” states Denton-Howes. “There’s a massive stadium with over 100,000 people in the crowd, and in our Chase sequence we had to do the entirety of Iron City. Another challenge that we were anticipating was sharing shots which is always a difficult thing. For the Chase sequence Weta Digital provided renders of the CG characters, but we did all of the effects such as simulations of dust and fluid, as well as interactions from those characters, onto the environment.”

“The first thing that we looked at was how we were going to share data with Weta, which involved deep processes for compositing along with sharing animation and alembic caches. We spent quite a lot of time in our effects department honing a rapid turnaround of simulations, and that paid dividends as we were coming to the end of the process. If we hadn’t focused on those things early on, I probably wouldn’t have time to talk to you right now!”

“Weta Digital delivered early blocking and versions of their animation so we could make sure that our environments were in the right places and the composition was working,” remarks Denton-Howes. “It’s easy with large environments to completely blow your memory and rendering budgets. Figure out how to get your cameras positioned, and know where you are looking as early as humanly possible. Communication is always where you succeed or fail in this business. Knowing what your client wants early on and knowing what it is the teams internally to your company need. Doesn’t matter how talented you are or what kind of render farm you have, because if you’re not rendering the right things then you’ve failed.”

From concept to reality

Concept art was provided by Lightstorm Entertainment, the production company co-founded by filmmaker James Cameron (Titanic). “That has helped us quite a bit, especially when we can point to a piece of concept and say, ‘Do that.’ When working on the Motor Baller characters we had access to the same production designer and art direction team that had done the original work; they could step in and do quick paintovers over renders. It was amazing.”

Getting the animation and alembic caches from Weta Digital was critical when integrating the work between the two different visual effects vendors. “It means that we know where all of the geometry is and as a result when creating an explosion or sparks or clouds of dust, we can add interactive light or shadows onto Weta Digital’s render in compositing,” notes Denton-Howes. “The effects varied dramatically. In our race sequences whenever any of the Motor Ballers drag one of their feet, the tires (of their rollerblades) burn off smoke, or if they’re rolling on the ground then we did sparks.”

“We’ve covered the tracks with marbles, little chunks of rubber that are leftover from previous races that all needed to be simulated. Every shot has that. Then we have bigger effects, for instance, in our Chase sequence Weta Digital’s characters go through a massive pipe full of water. There are huge water simulations that are interacting with them. Those sorts of simulations are time-consuming and you’re definitely waiting overnight to see what you’re going to get out of them. We have destruction sequences where Motor Ballers are killed and torn apart; those are layer upon layer of different levels of detail.” 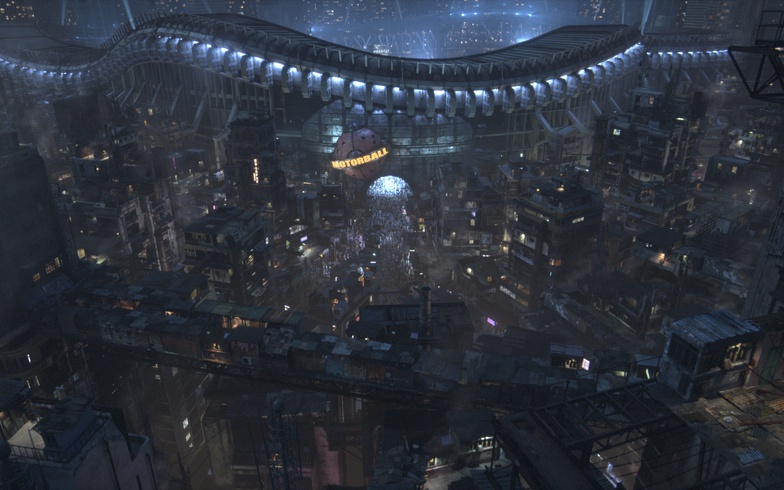 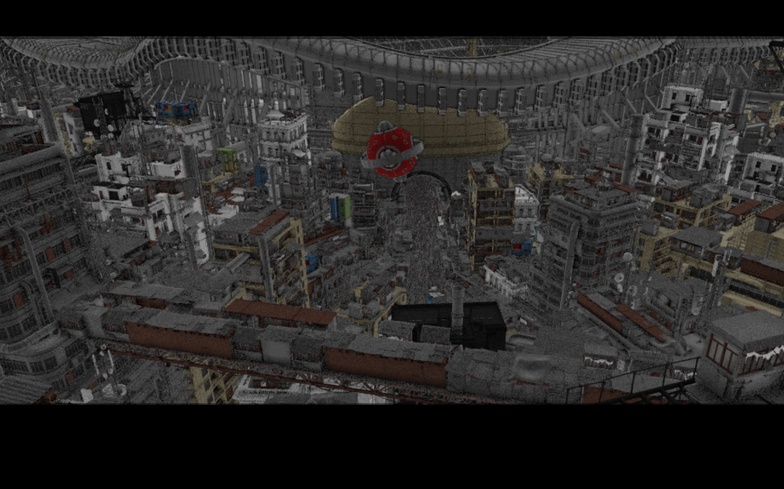 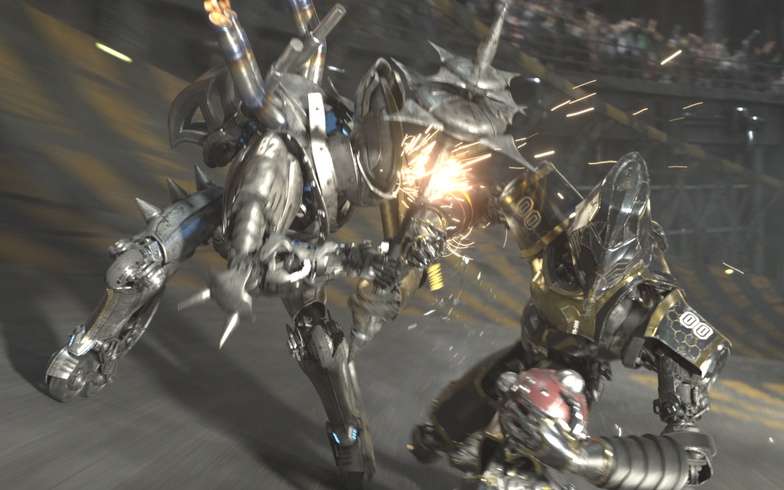 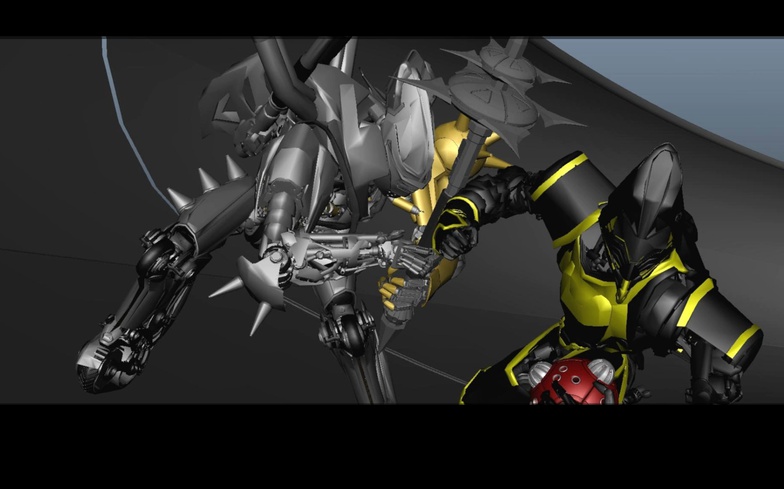 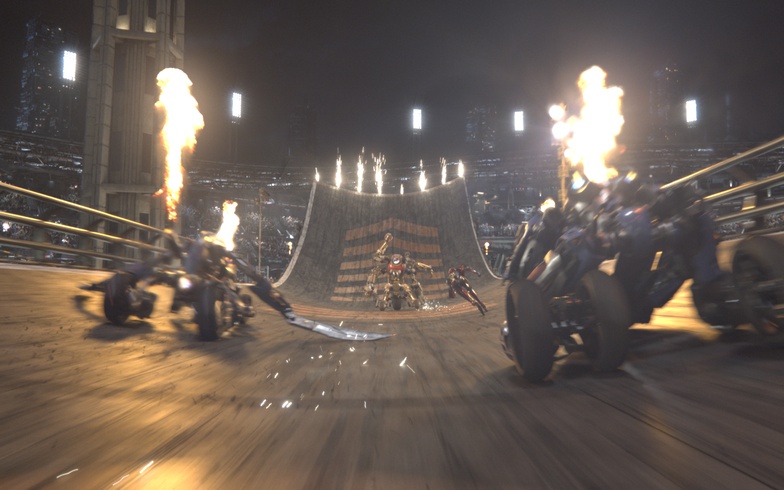 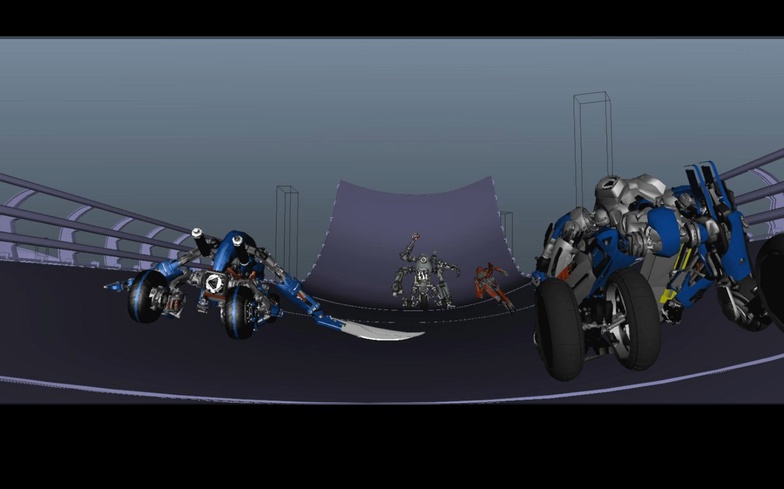 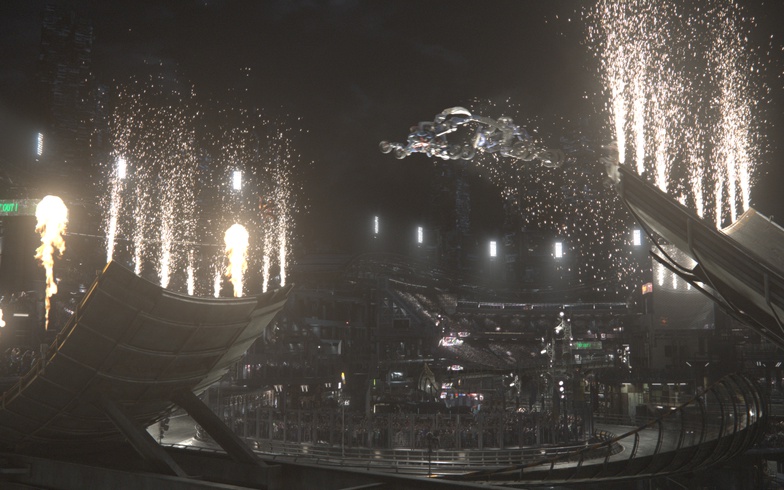 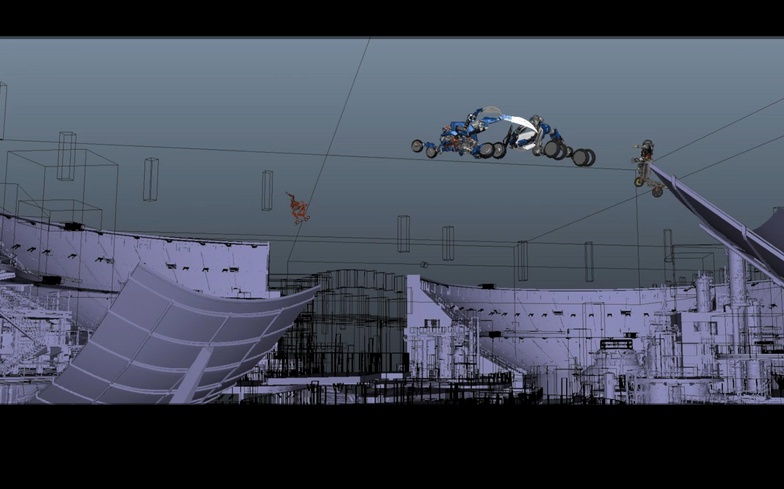 A new proprietary rendering software developed by Framestore was used for the first time on Alita: Battle Angel. “Freak is a full ray-tracing solution,” states Denton-Howes. “That was a major change for this show. Framestore has a robust pipeline with a long history of development, so a lot of what we needed was already there. For the massive environments we did a certain amount of optimizing to that system.” Practical elements for effects did not work because of the project being delivered in native stereo. “We did triage which means looking through the two eyes to make sure our colors match and alignment is good.”

“Other than the process of making sure that the right and left eye-plates match each other, it’s a normal plate production methodology other than having to do everything twice.” Motion capture was utilized for the crowd simulations. “We did a bunch of mocap in our motion capture suite downstairs in the building and that gets retargeted onto many different varieties of people, like skinny or overweight. We can apply a random variety of textures for shirts and trousers. If they’re wearing hats or are carrying cups in their hands, you can swap those props out and do whatever we wanted. It’s not a crowd system like MASSIVE because we don’t need machine intelligence action. We have motion capture cycles that deal with that.”

For the stadium and Iron City, 616 assets needed be created with instancing being a critical element in being able to efficiently populate both environments. “We got a massive amount of assets for the Iron City sets from Weta Digital and had to go through a whole process of turning them into hero assets,” remarks Denton-Howes. “Thank goodness we overbuilt them because they’re seen everywhere. As far as the camera moves, we’d go through a process in animation of blocking to get the basic idea and then present that to the client and refine from there.”

“Early on we knew more or less where the camera was going to be looking within 10- to 15-degrees of rotation, and that went straight into the environments department.” When Alita takes part in Motor Ball the main focus was designing the stadium. “Weta Digital did all of the performances and cameras. It was coming up for a new look for our stadium which is like a labyrinth in its colors and more matter of fact.” 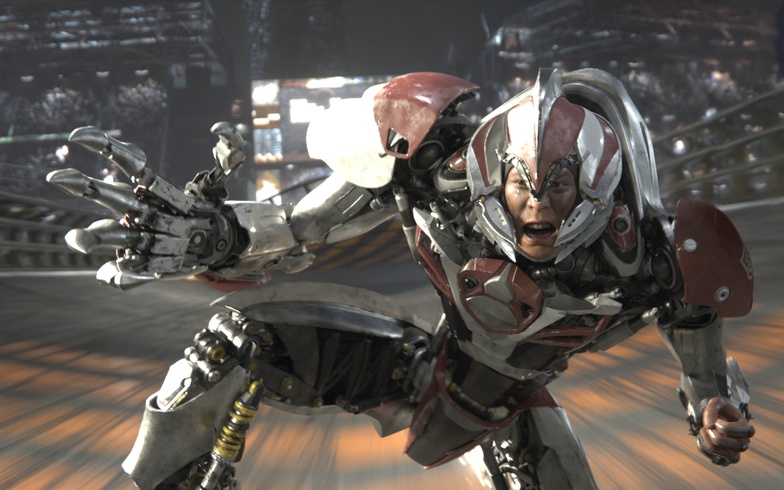 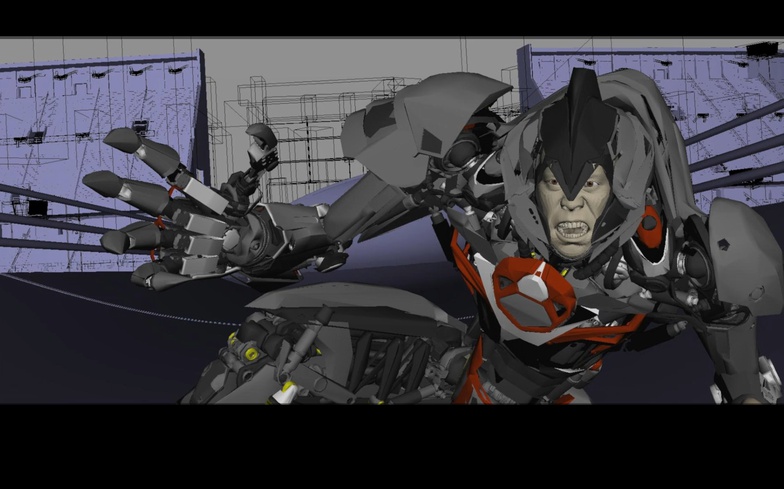 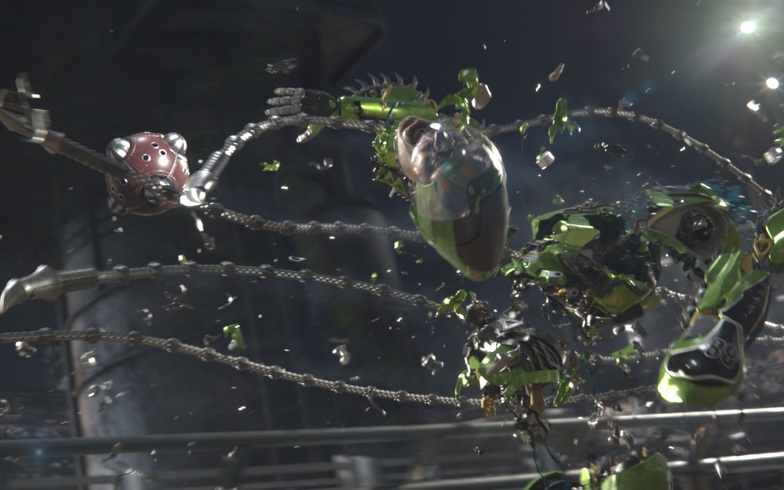 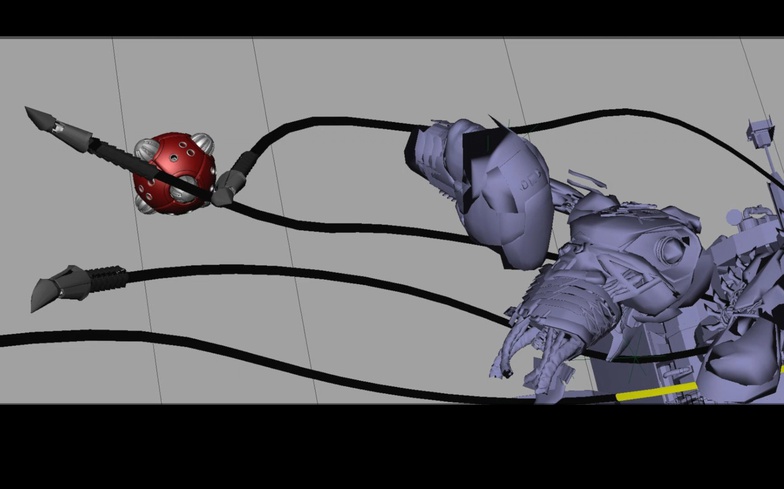 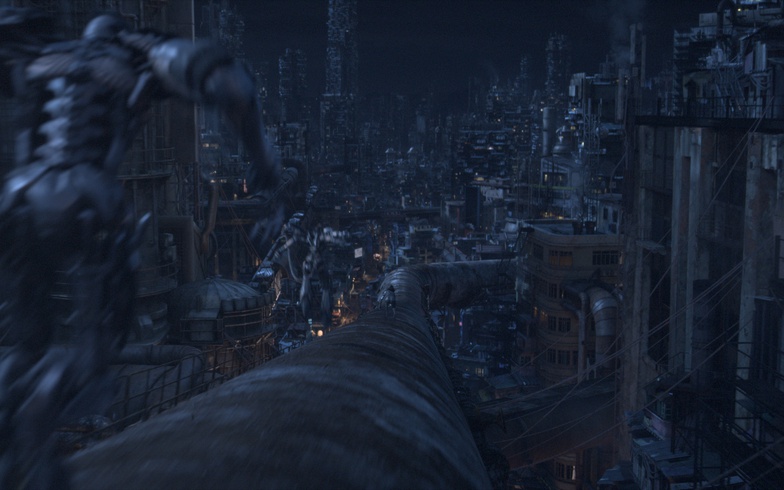 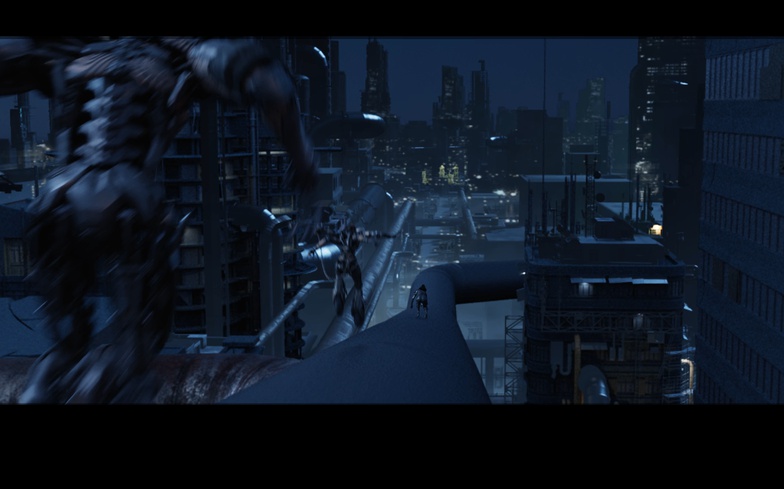 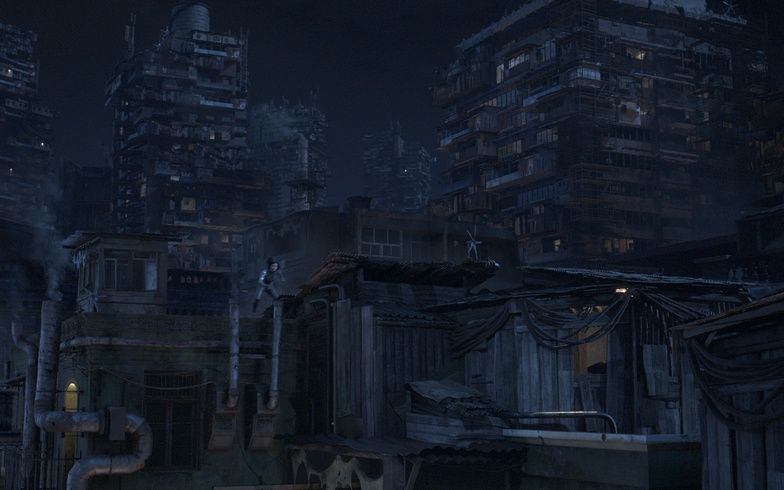 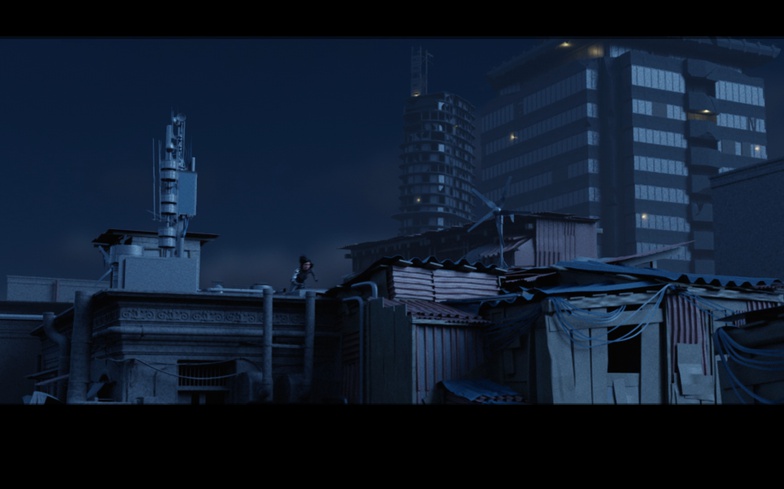 “Our main Motor Ball section comes early in the film when Alita discovers the sport before she starts playing it herself,” explains Denton-Howes. “The big challenge was definitely establishing the look of the Pro Motor Ballers. It’s the first time you as an audience see what Motor Ball is. It’s built up to this point as something that’s amazing through the dialogue and rest of the film. We needed to make it spectacular and had the right level of a major racing and sporting event. We got to develop all of the moves and attacks that the characters are doing, as well as how they die.” Formula One racing was a point of reference for camera placement and movement. “Their track is nice and twisty so is similar to how Motor Ball works. We look at wrestling where there is a lot of physical contact, as well as American football and roller derbies.”

At the end of the Motor Ball tryout sequence Alita gets a call from Hugo (Keean Johnson) saying that he’s being hunted down. “Alita decides to take a quick shortcut out of the Motor Ball stadium to go and find him; she ends up jumping through a massive screen out into the city,” states Denton-Howes. “It’s a dynamic Parkour on wheels action scene. There’s some beautiful environment work in that so it’s dramatic.” Time-lapse shots of Zolum situated above Iron City were also produced. “We got to develop Zolum and that’s been a cool challenge as well. We had one or two pieces of concept art from Lightstorm which was great, but got to flesh that whole story element out and to make that our own as well. We looked at how Dubai is constructed as it’s supposed to be this manufactured idyllic city above Iron City, which is a junkyard. Zolum is part of the space elevator and is tethered to the ground. We had simulated 3D clouds going underneath, above and interacting with Zolum. The camera moves had to be slow enough so you could feel the size of Zolum; that was cool.”

Framestore personnel supporting Denton-Howes were CG Supervisors Andy Walker and Sylvain Degrotte; Compositing Supervisor David Simpson; Environment Supervisor Jerome Martinez; Lighting Supervisor Tom Fonvillars; Animation Supervisor Max Solomon; and Producers Nick King and Danielle Waldren. “The biggest challenge was definitely the massive environments that we had in the time that we had to do them. That’s been a real push for our team and they’ve done a brilliant job. It looks great and I couldn’t be happier,” Denton-Howes adds, “The Pro Motor Baller sequence is exciting, especially because we had full ownership. It has some cool effects with cyborgs getting torn apart. I hope that the audience responds well to that.” 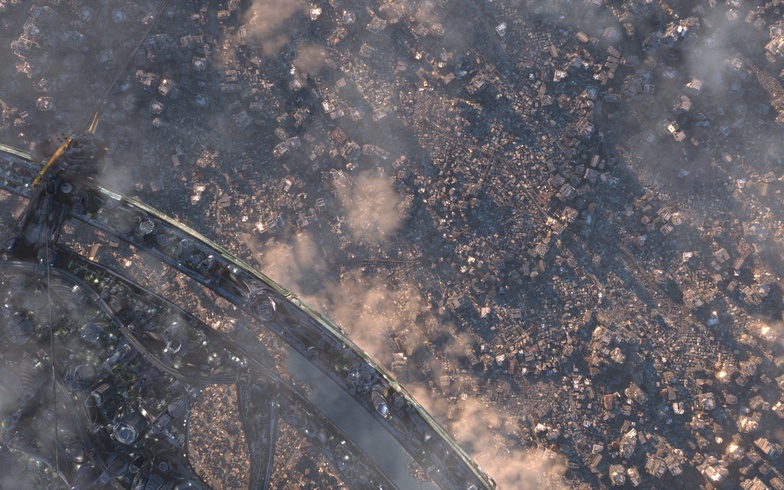 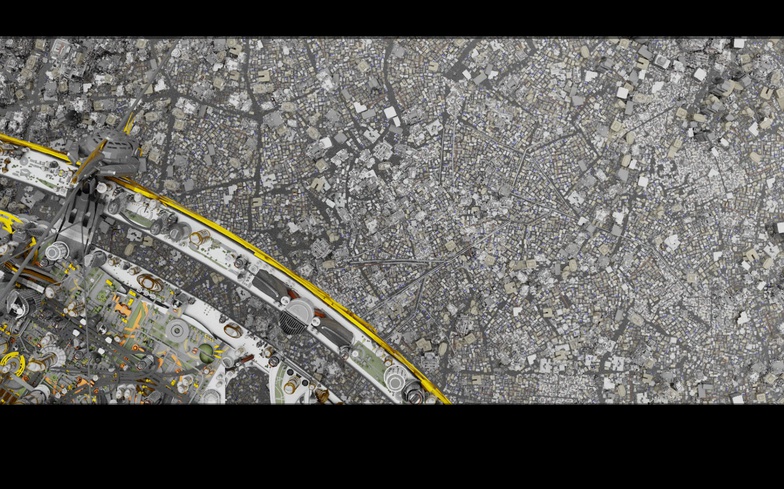 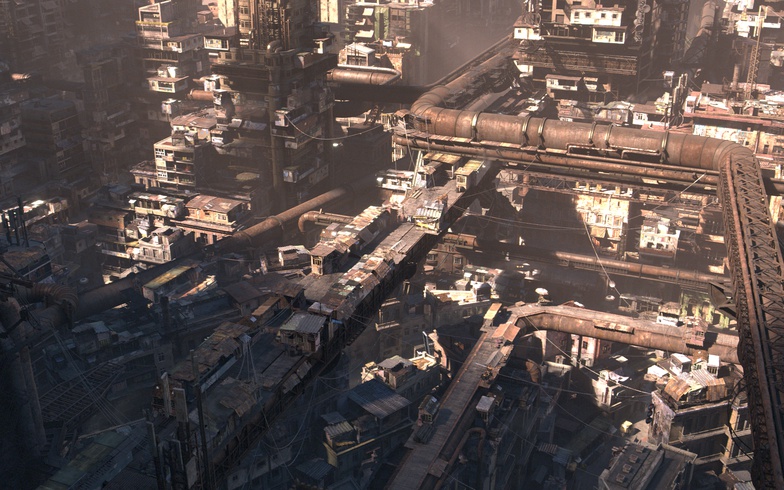 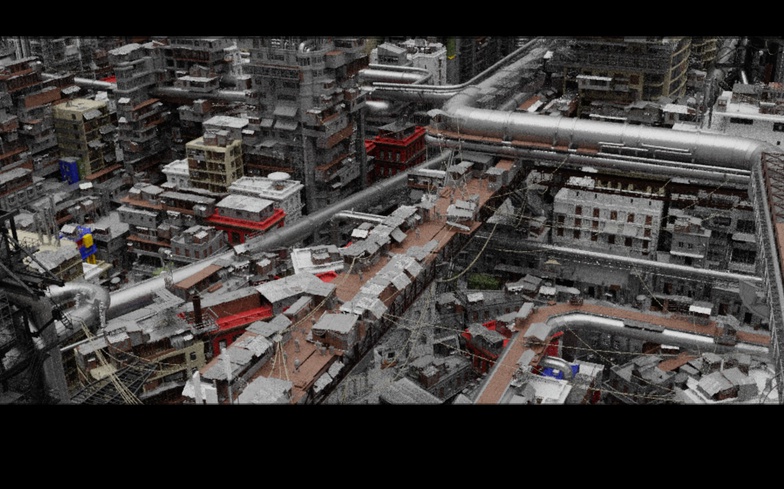 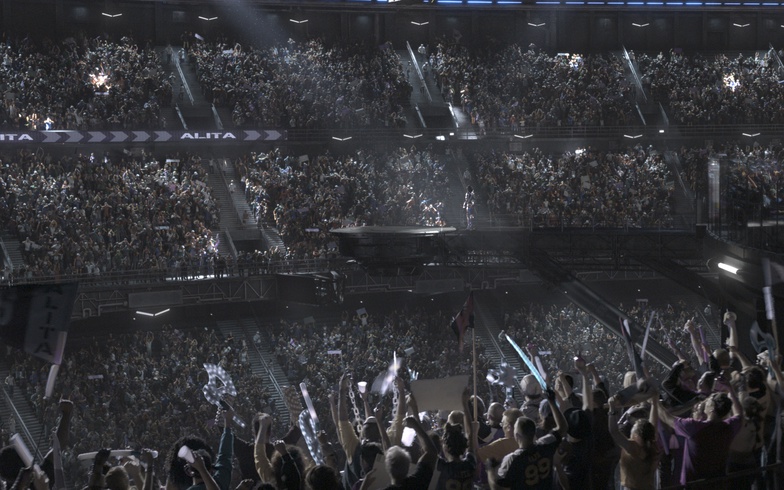 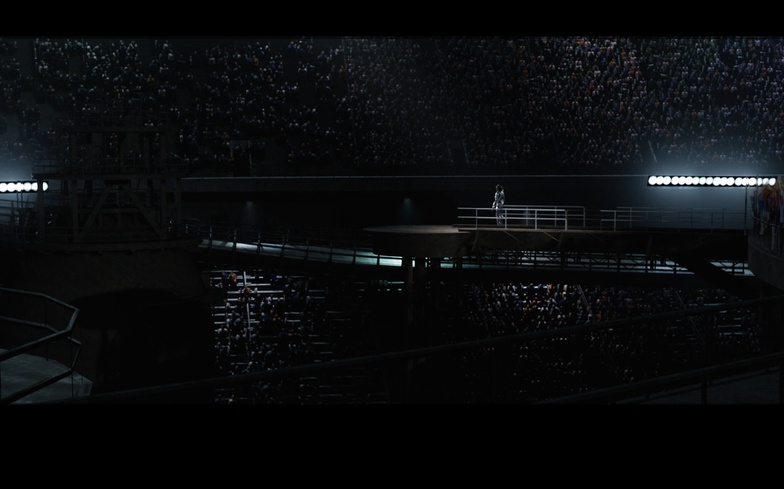