The 3D Print Cup 2014 contest to win a Makerbot Replicator has ended, with great success! Check out the winners and these 3D-printing video guides...

The 3D Print Cup 2014 contest to win a Makerbot Replicator has ended, with great success! Check out the winners and these 3D-printing video guides... 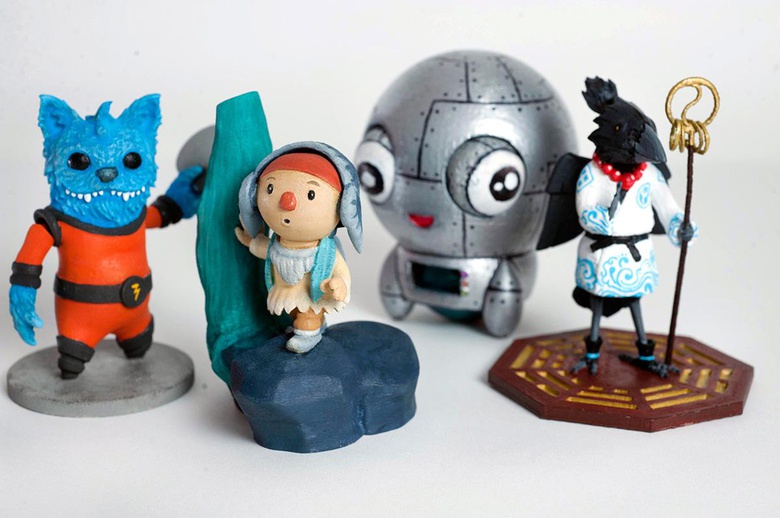 The challenge? To create a highly original character complete with at least one moveable part. The moveable parts had to be the result of one print only. They were then sent to the entrants to finalize, clean up and paint, before the judges cast their scrutinizing eye.

The prize for the overall winner was a MakerBot Replicator worth £2,000, so it was no surprise that competition entry and quality was so high. As Michael Snowdon, graphic artist at Draw and Code states; "The competition allowed us to enter the world of 3D-printing, putting our design to the test, against both the other companies and the capabilities of the MarkerBot machine." 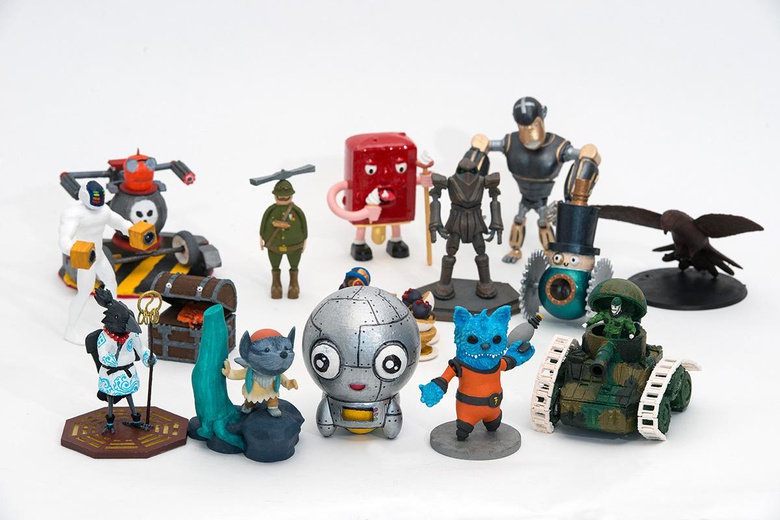 So, as entrants enjoyed the pleasure of receiving their design in the plastic often using them as company calling cards or simply enjoying the tactile nature of bringing something to life, they were also able to benefit greatly from the help offered by the contest judges. The judges supported them throughout, sharing their insights and experience, while providing helpful video guides about the process of 3D-printing. Want to know more yourself? Check out these three guides from Cartridge Save:

3D Printing How to finish off your 3D print

"Sometimes you can have something looking great on screen, and in reality, it's either miniscule or gargantuan!"

In order to create these models, each entrant used what software they had at hand. As Mike Mead, head judge of the 3D Print Cup states, "Creating the 3D models varied for each user and will most likely have been constructed using 3ds Max or Blender."

In addition, Mike highlighted the fact that the artists had to avoid some common pitfalls; "Firstly, scale... sometimes you can have something looking great on screen, and in reality, it's either miniscule or gargantuan! Secondly is that these 'mesh' models need to be watertight i.e they have to have either closed or joining faces, otherwise some of the print softwares have trouble manufacturing the part."

As for the software used to actually make them, "That was makerware the proprietary software for MakerBot which the models were printed on."

Winner of the Best Team award was Draw and Code, with Michael Snowdon stating that; "With the aim to move into the toy market, the 3D Print Cup gave us a fantastic opportunity to test the technology, and with the award for Best Team were confidently moving forward in that direction." 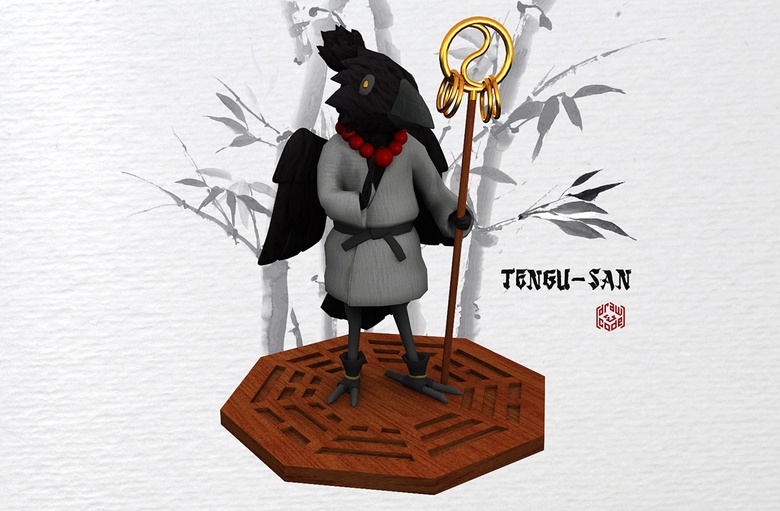 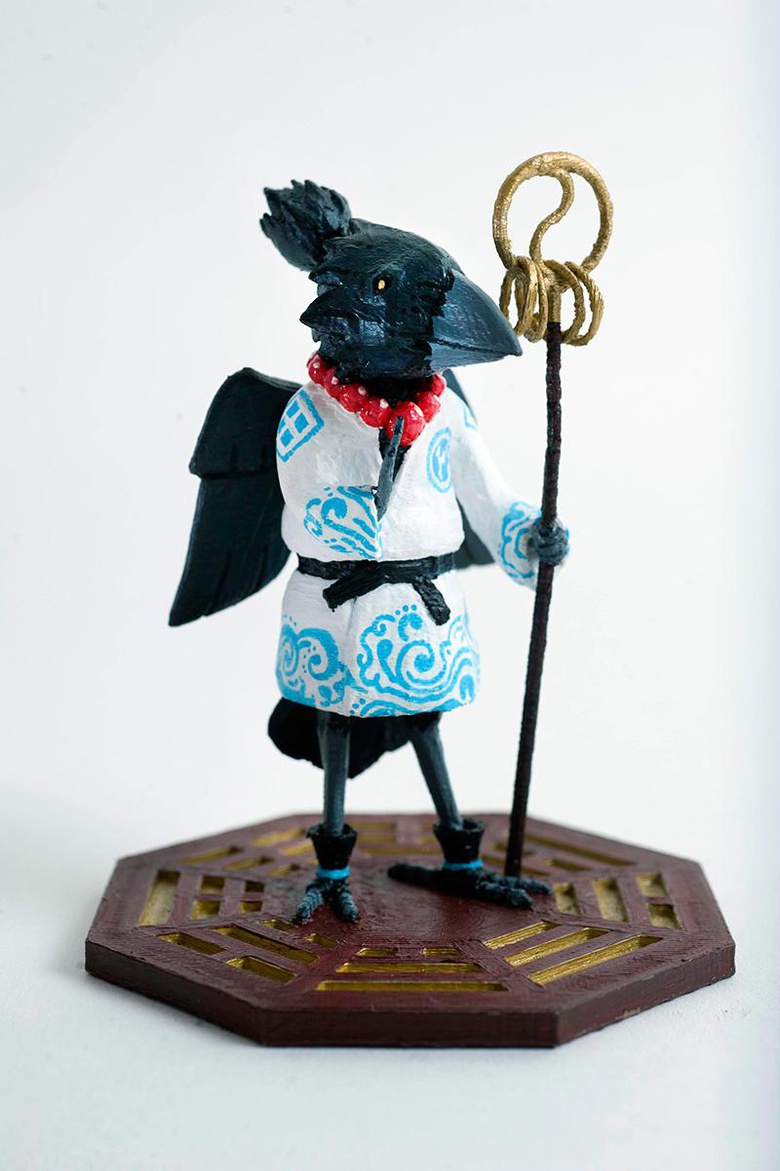 Check out video footage of Draw and Code's design process

Ashley Sparling is a 3D designer and was the winner of the Best Individual category and was understandably happy: "I start my new job on Monday as an award-winning 3D print expert. I was already a competent 3D designer before but now I have finessed my skills in the printing and finishing process a skill my new company can use in pitching new and growing business." 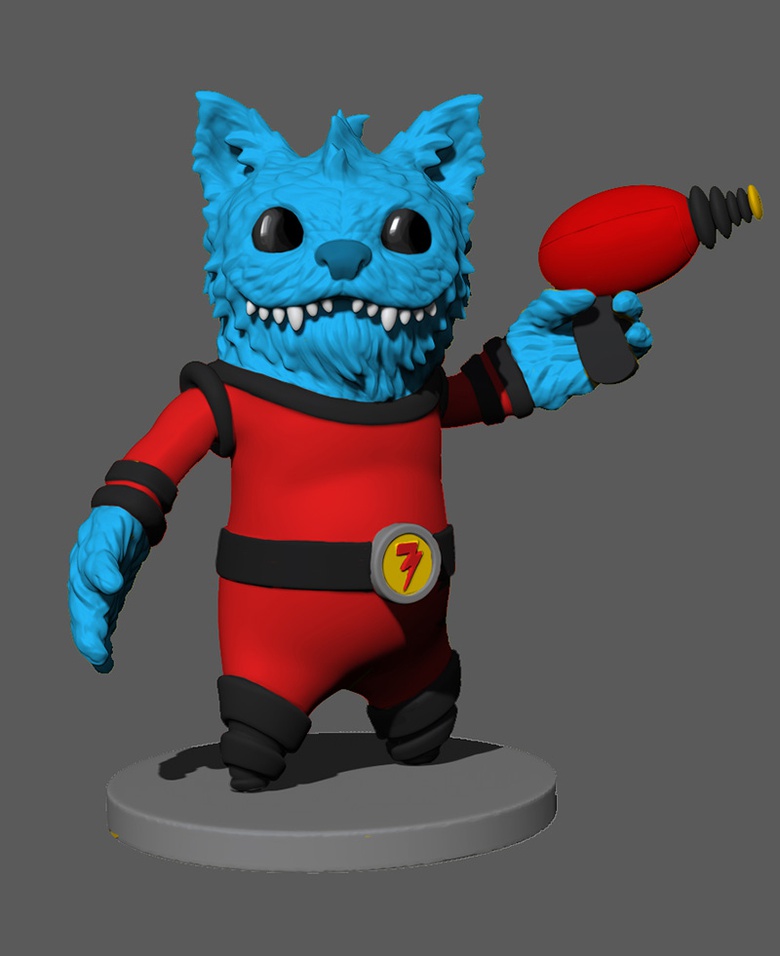 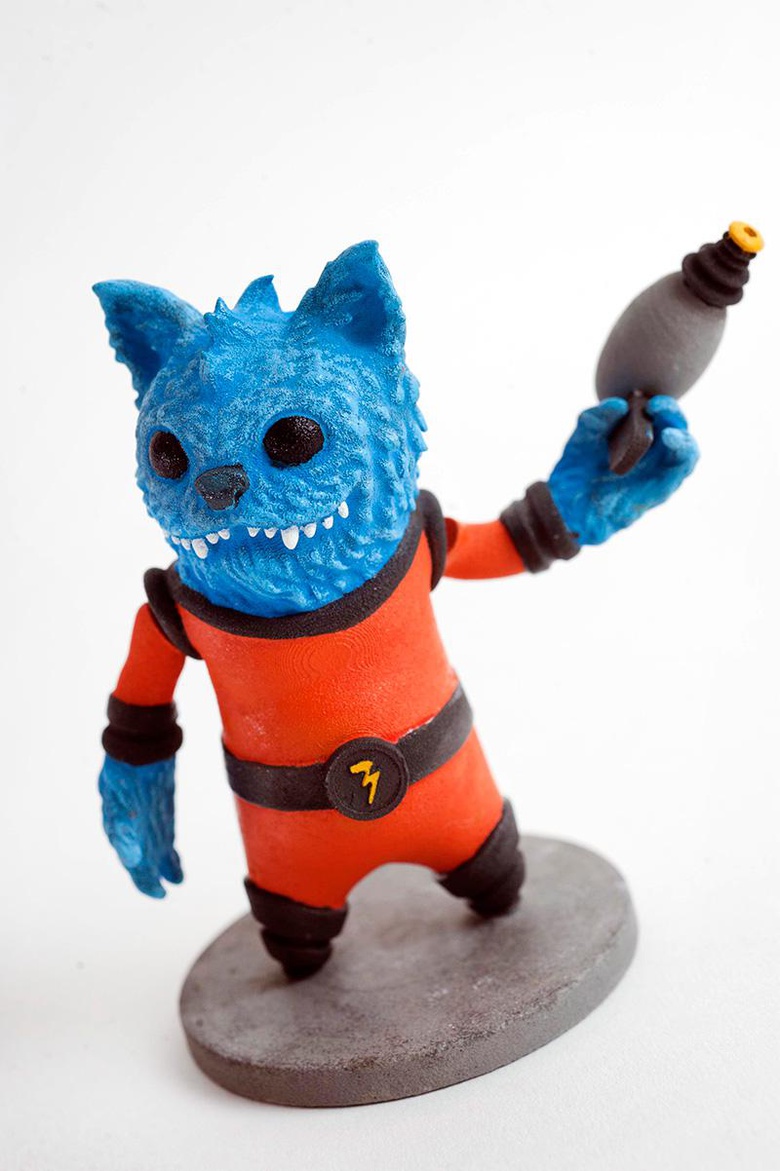 The Best Student award goes to you guessed it the student who most impressed the judges with their design intuition. This year's Best Student was Amy Mather and her Phropabot. 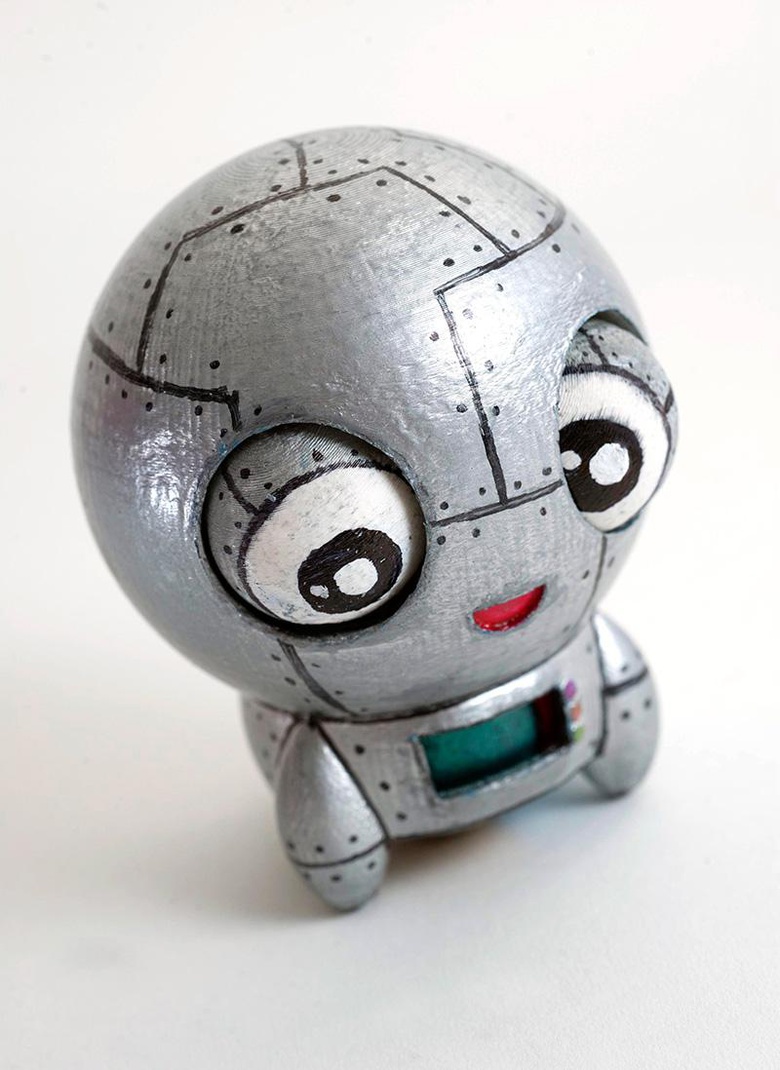 Sometimes, it can all go pear-shaped that's what this category was for. This was awarded to the design the judges loved whose moveable part just didn't move, in this case, Peace Deliverer by Jason Nutall! 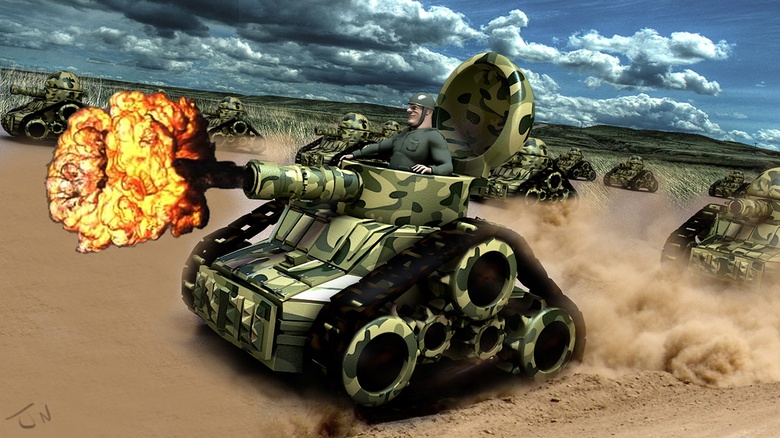 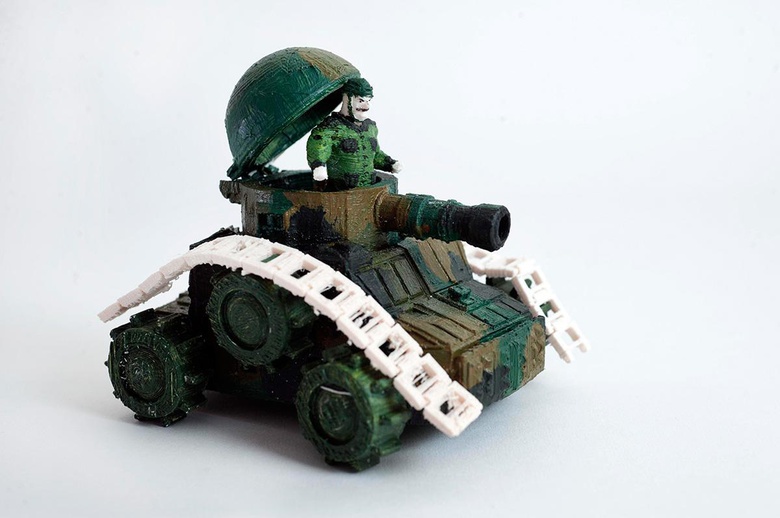 The overall winner was Kilogramme, who walked away with the MakerBot Replicator for their stylish design, Howl. Such was the success of this collaboration that Kilogramme are offering contestants in the area access to the 3D printer on a co-operative basis. They will also be working on a joint project with the judging panel, consisting of The Neighbourhood's Rob Millington, DigitME's Mike Mead and Manchester School of Architecture's Matt Pilling. 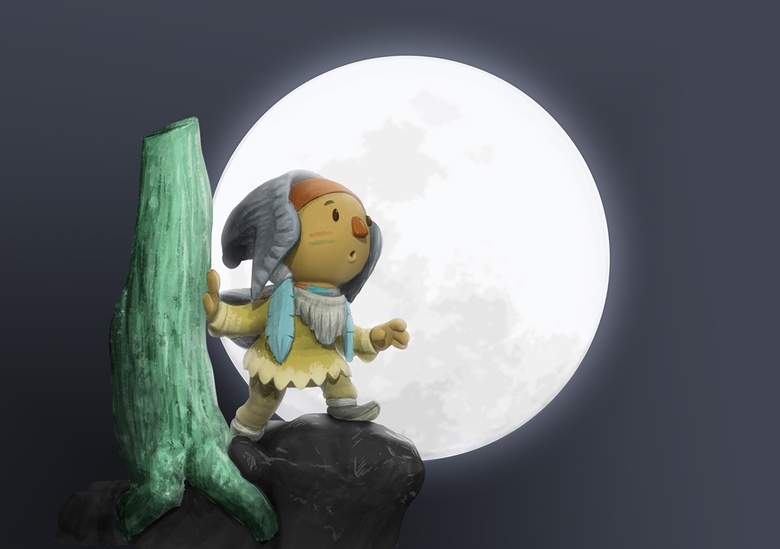 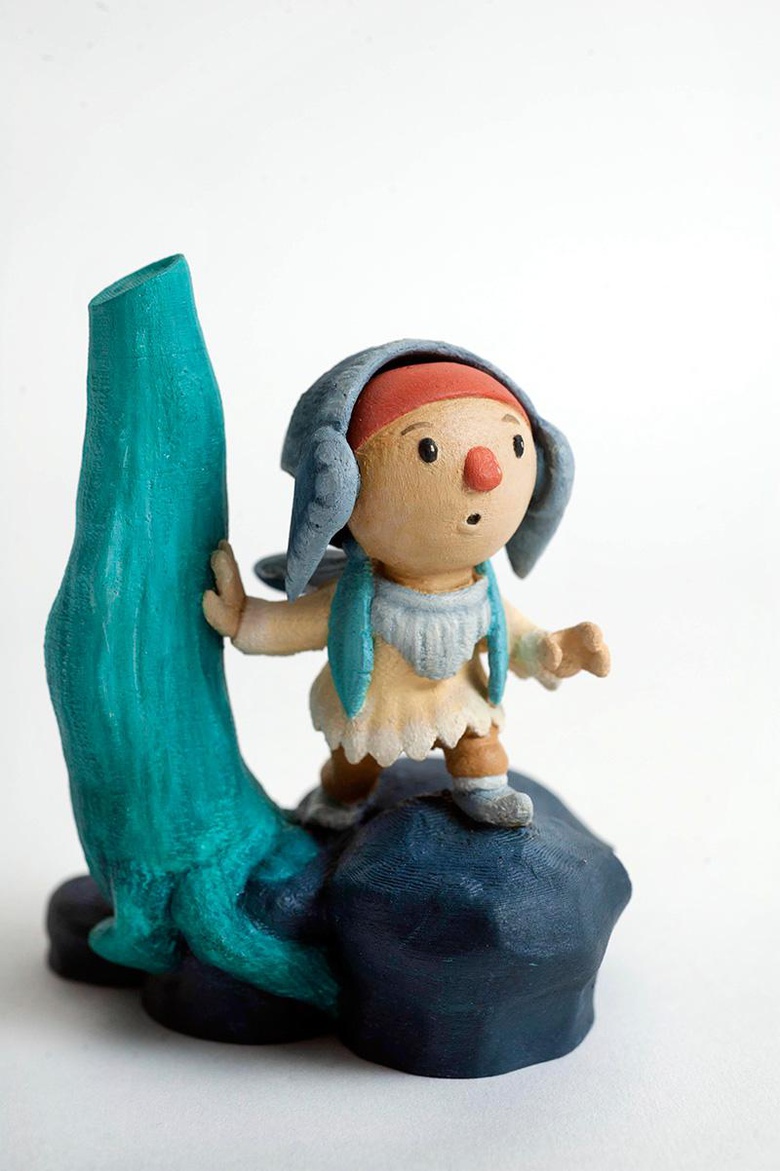 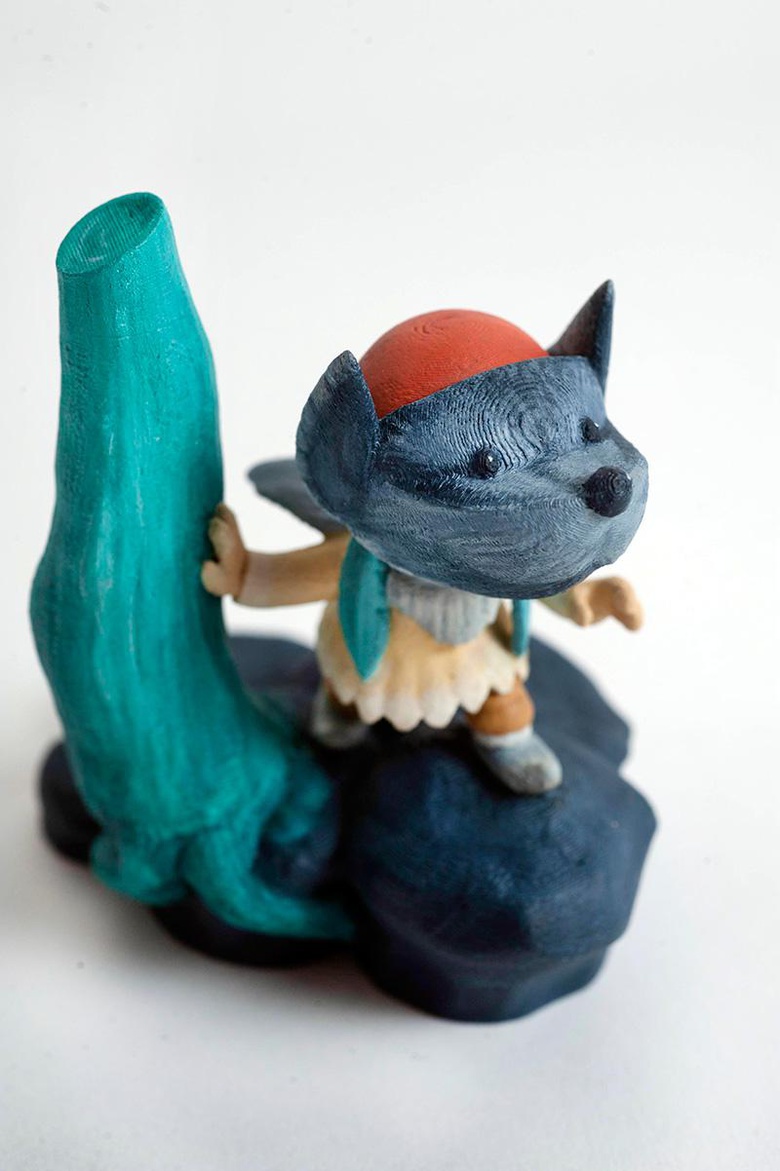 With competitions like this that provide guidance and a collective experience for sharing ideas, techniques, help and inspiration, it is the entrants who win overall, as the skills they learn are added to their CV and can only be beneficial in the long run. These are skills that many design-oriented job markets are screaming out for, from animation to graphic design. Ian Cowley, MD at Cartridge Save and host of the 3D Print Cup, concludes; "We established the challenge to provide a forum for creatives to explore the emerging technology, which includes the technology's commercial benefits. What has become clear is that time invested in taking part is already reaping a return." 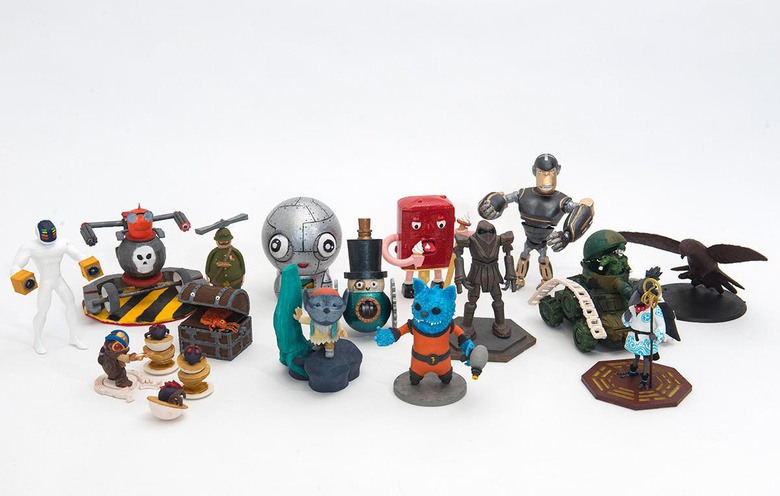 Check out the 3D Print Cup page for more info
For 3D-printing guidance and info, try the Cartridge Save YouTube videos
More inspiration can be found on the winner's blog
Head over to our shop for our male reference figure