'Guardians of the Galaxy': Behind the scenes with Territory Studio

Territory Studio reveals a glimpse into how the studio helped Guardians of the Galaxy characters interact with computer graphics and interfaces on the big screen...

Territory Studio reveals a glimpse into how the studio helped Guardians of the Galaxy characters interact with computer graphics and interfaces on the big screen...

Graphics produced for the Groot Profile belonging to Nova
All images and video: © 2014 Marvel Studios; all other UI images are Territorys

We met members of the Art Department, Charles Wood (Production Designer) and Alan Payne (Art Director), on a previous project, and really enjoyed working with them and had a good rapport, recalls Territory Studio Creative Director David Sheldon-Hicks. When they moved on to Marvel Studios Guardians project, they wanted us on board.

"Guardians is a film about characters and personalities, so we were able to take a more human and personal creative approach to graphics"

The London-based facility had previously worked on a science-fiction epic helmed by Ridley Scott. This is the biggest film project weve been involved with since Prometheus (2012). We were tasked to create on-screen graphics and VFX for all human and alien environments, from spaceships to street scenes, the gambling den and prison. The work included around 400 to 500 on-set screen graphics and 30 VFX assets. The majority of graphics involved 3D design and animation, and 2D animation. The aesthetic for Prometheus was hi-tech sci-fi to reflect the futuristic AI of the scientific research ship whereas Guardians is a film about characters and personalities, so we were able to take a more human and personal creative approach to graphics.

Director James Gunn was script-focused and had a clear vision of what he wanted, says David Sheldon-Hicks. James was also supportive of our work and gave us a lot of freedom. We felt a strong sense of connection with his pithy and dry sense of humor, which really drives many of the humorous and quirky details that give this film such personality and humanness. Charles and Alan were our main contacts. Theyd keep us up-to-date with Art Department progress, how our work tied into the overall aesthetic of the film and generally doing a fantastic job of inspiring and briefing us. Alan and I had a constant dialogue, bouncing ideas around, pulling in references and generally sharing our work with the rest of the Art Department team. Its always an honor to see our work up on the art department walls against some world-class concept designers and creatives. 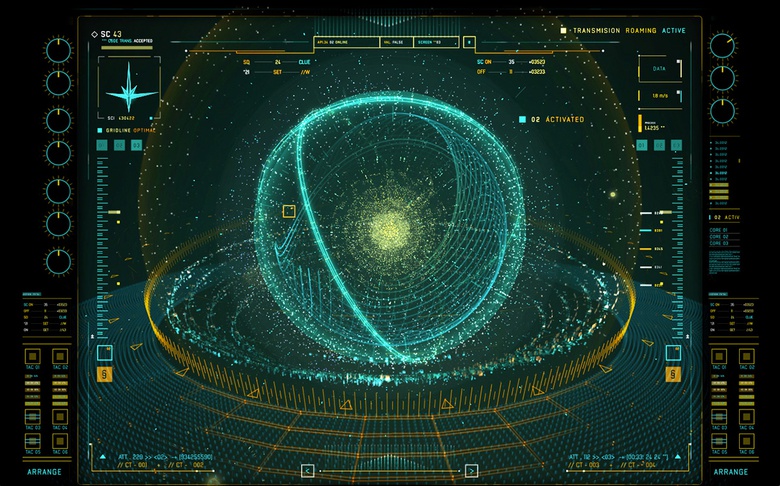 The Knowhere street signs took into account how a mining community would advertise to consumers. Charles suggested the potential uses and functions for our screens, ultimately giving our work relevance and context; hed talk loosely about the alien cultures and how the history of a character or society may influence the use of technology. This depth of understanding helped us go beyond the surface in our designs. 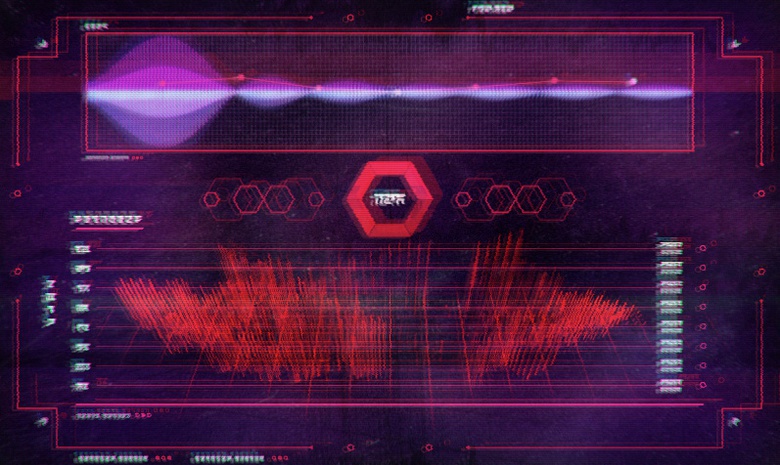 Graphic created for The Collectors Lab

In terms of the hero Peter Quill's ship, we looked at how we could reflect the idea of age and layering of technology and interfaces, explains David Sheldon-Hicks. "Looking at his back-story, the ship would have been won from someone else so it all needed to feel used, as though it had a lot of history having come from different cultures and different interaction points.

Sometimes it had to feel that there was a layer of technology, and then another layer of user interference, as though it had been hacked, chopped and modified to suit the new owner. We spent a lot of time thinking about how characters might change or evolve their technology or software to make it fit their own needs. In the Milano example, our UI needed to reflect both this engineering sophistication and Quills can-do attitude to hacking the system to get the extra performance he wants. Quill is more interested in effective modifications than a perfect code, so our screen graphics for the ships navigation, weapons and entertainment are a bit rough and ready to reflect this. 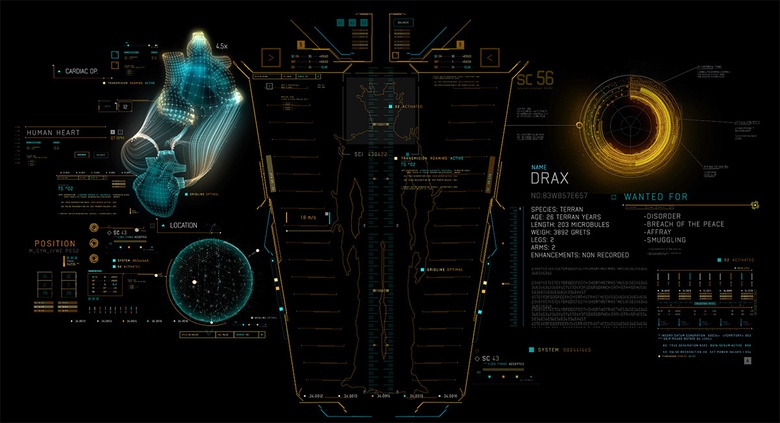 Once we are at a point where were ready to road test our work on set, we sent all the files to our friends at Compuhire, remarks David Sheldon-Hicks. Weve worked with them since Prometheus, and they are the wizards behind getting our graphics on-set in front of actors and directors.

The physical presence enhanced the illusion of the computer interfaces being operational. Most touch screen interactions were covered in post so that we could match actor hand gestures. However, the Milano interior and prison sets featured a vast number of on-set screens that, while they werent interacted with directly, gave the actors true eye lines and context to perform against. When you step on a set and see all the graphics playing out for real it helps everyone understand the feel of the environment. Its always great to see actors walking around and responding
to the work.

"The biggest challenge was the sheer number of different sets that each required a unique visual language; we almost ran out of colors!"

Sheldon-Hicks notes: The Milano, Dark Aster and various other scenes in the film, needed us to create UI concepts and at times deliver VFX shots. Targeting on the Milano was crucial, so we worked closely with Susan Pickett (VFX Producer), and Stephane Ceretti (Visual Effects Supervisor) to make sure our designs and animations looked interesting when the camera went close but also read well when seen in a wide shot. It also had to feel like a functioning alien system, so we started by looking at current aviation systems and adding layers of 80s retro sci-fi styling; this lead to quite a unique look! 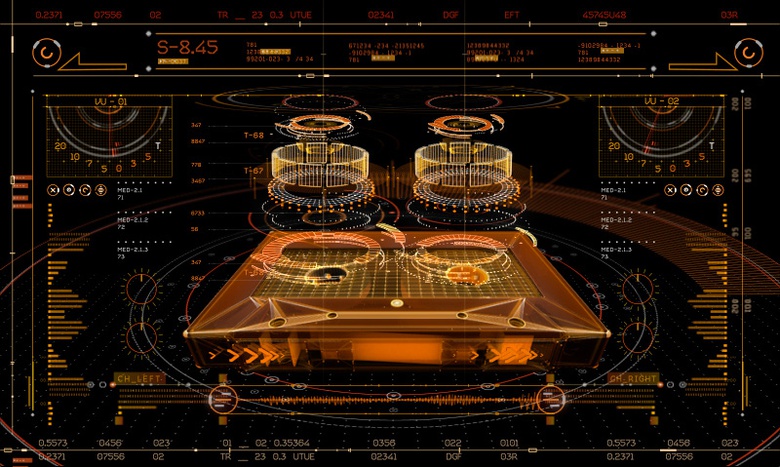 The biggest challenge was the sheer number of different sets that each required a unique visual language; we almost ran out of colors! chuckles David Sheldon-Hicks. With so many alien languages, fonts and looks, it was quite challenging to stay fresh and new. Plus, we had to incorporate a 1980s feel to our designs. More specifically, the 80s tape deck is an interesting one; we created an interface that was based on an authentic deck that visually converts the media into a cassette tape as it is inserted and ejected, with tape that can be seen to roll as the music is playing.

Graphics created for the Dark Aster

To maintain this illusion, we created a series of animations inserting the tape, playing the tape and ejecting it. On-set, this meant that we set up each animation to run, controlling it by manually pressing a button when Peter Quill did; it sounds simple but there was a lot of planning needed to make it seamless.

Producing the Tubular Screens for the Milano was not an easy task for Guardians of the Galaxy Art Director, Alan Payne. These screens had a tubular lens fitted to them which gave the 3D graphics we produced a great depth, something we could not have achieved with a normal screen. We also set up a lot of projections which were a challenge in themselves.

A creative suggestion led to a pleasant surprise for David Sheldon-Hicks. We envisaged a holographic control interface for the villainous Ronans ship, an organic pulsing pustule until our designer said: Wouldnt it be cool to make this a more physical interaction that reflects the aggression and intention of the bad guy? We all thought, Yeah,
it would! 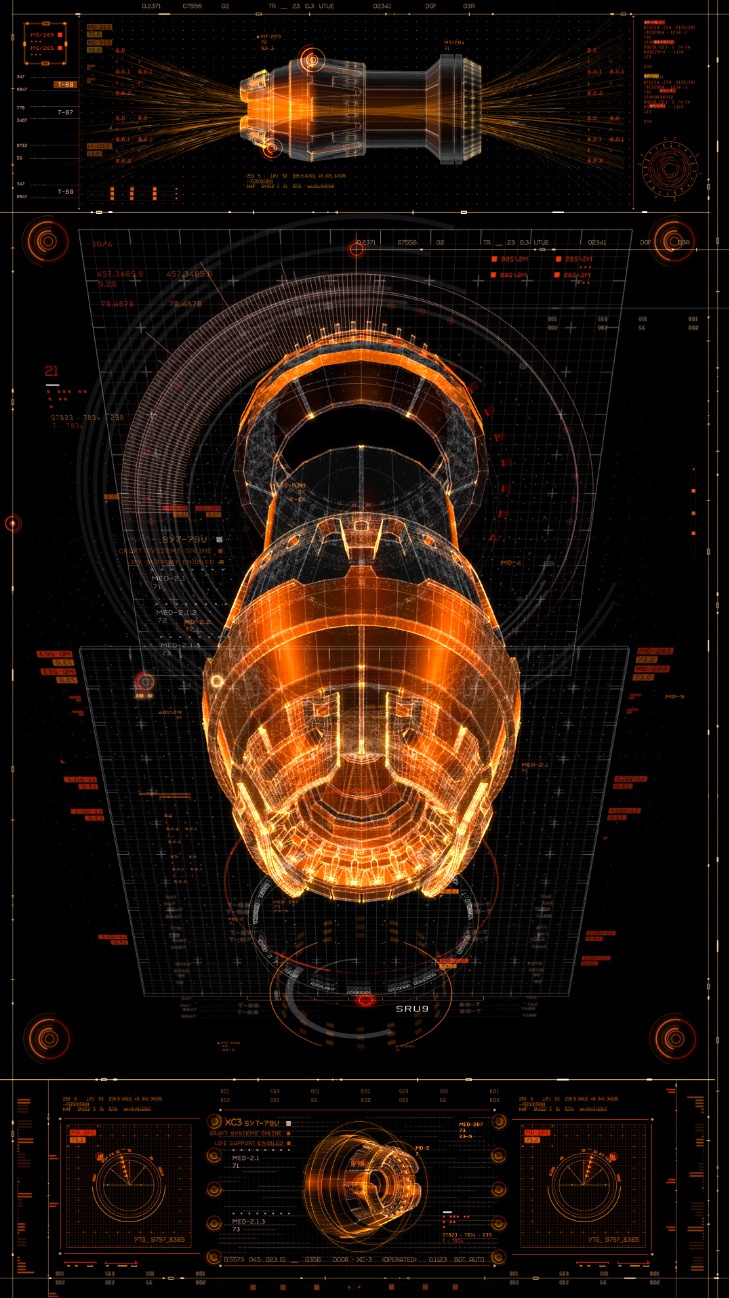 Alan Payne reveals: My favorite set piece was everything we created for Knowhere. We wanted Knowhere to feel as though it really was in deep, deep space, so we had a glitch-y interference style to those graphics. This meant we could really think outside the box. We started looking into 1960s and 70s experimental computer graphics which gave it all a retro feel, and created a look particular to Knowhere. We had a lot of projections on this set which made it into
the final cut.

Sheldon-Hicks observes: I feel that this project has proved Territorys capability to consistently deliver large complex projects that keep true to our creative standards and craft-led approach. Its not sexy but it comes down to effective process and controls of visual languages for each set, and internal workflow and pipeline to directors and partner vendors. We work with some great collaborators that continue to inspire us and hopefully, we do the same! 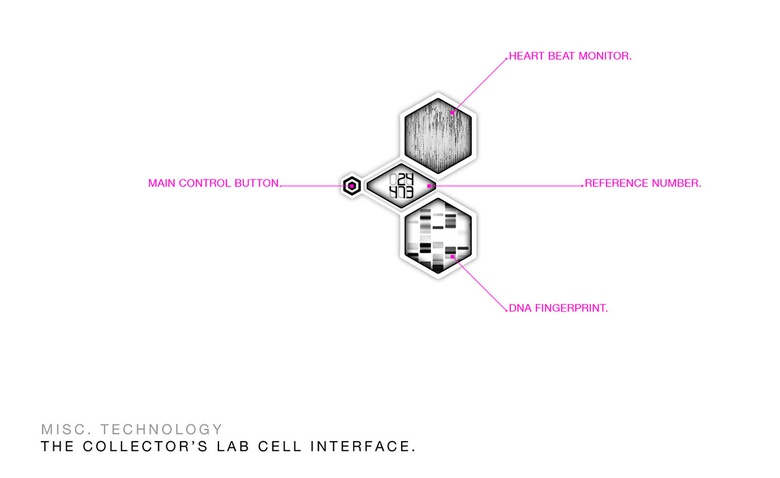 Miscellaneous technology for The Collectors Lab

All images and video: © 2014 Marvel Studios; all other UI images are Territorys.