From freelance to creative director: starting your own studio

Find out how Emlyn Davies went from 3D artist and freelancer to creative director by starting his own agency, Bomper Studio...

Find out how Emlyn Davies went from 3D artist and freelancer to creative director by starting his own agency, Bomper Studio... 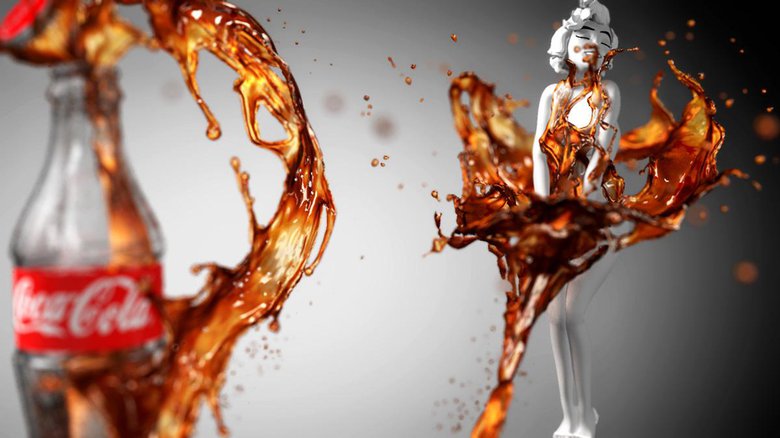 3dtotal: Hi Emlyn, thanks for taking the time to speak to us about your career so far! Tell us a little about yourself and background before beginning the studio.

After winning a student design competition (and not even coming first, but third), I was offered a job in the Birmingham Cadbury design studio in 2004. I worked there for 9 years as a 3D artist working on everything, including branding, packaging, visualization and animation. There were some tremendous artists at the studio, and that made me improve my skills exponentially. It was only a small team in the 3D department, which meant we had a lot of responsibility and an enormous workload. While there I freelanced at other agencies and companies such as Proctor & Gamble, Mothercare, Unilever and for other agencies such as McCann.

I enjoyed my time in Birmingham but always knew I'd move back to Wales at some point, and I've always dreamed of having my own studio. The catalyst came when my mother became ill and I needed to be closer to her, so my wife and child moved back in late 2013. I finally made the move home to South Wales and set up the studio at an amazing enterprise centre called Welsh ICE in January 2014.

3dt: From freelance to creative director: you now run a growing VFX studio – what made you want to take this huge step and what help did you receive?

I was very fortunate while working as a freelance artist and managed to save some money to help start up the business. Moving back to Wales and sharing a house with the parents-in-law massively helped, as the burden of a large mortgage/rent was reduced, plus we had their support with our daughters too. Another big factor has been the help we've received from Welsh ICE (The Welsh Innovation Centre for Enterprise) where I first began the studio on a desk in a shared space. 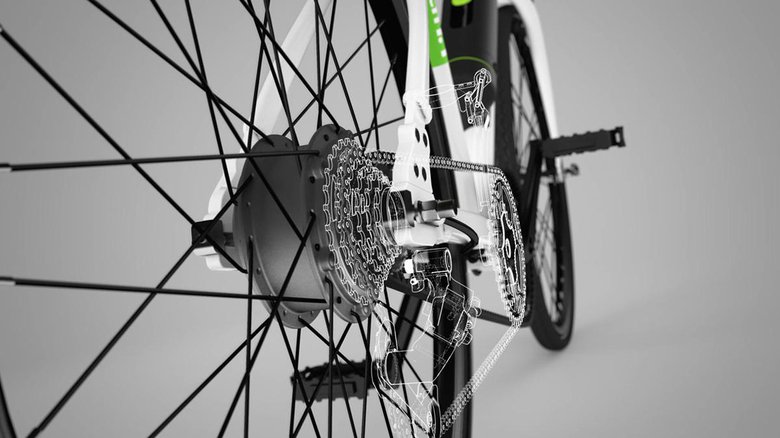 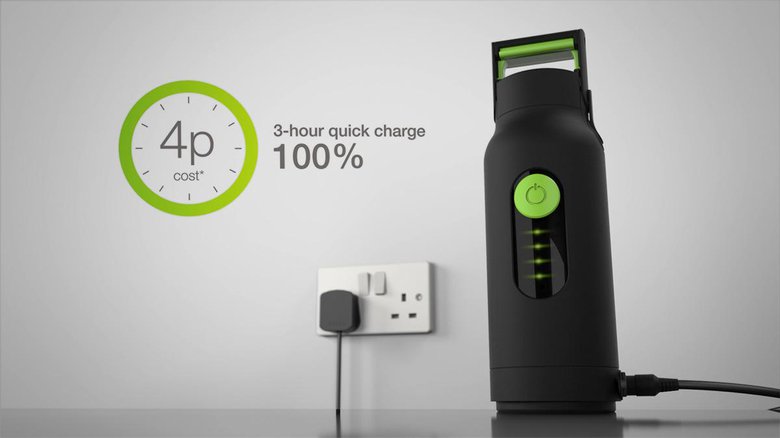 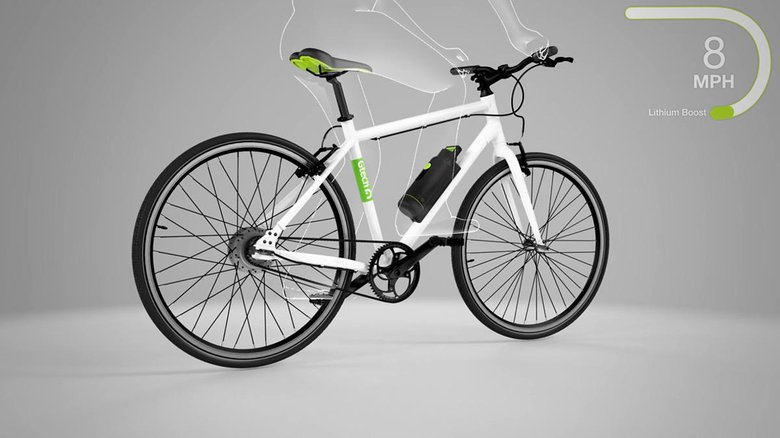 The support we've had from Welsh ICE and many of the members has been invaluable in helping us start up and grow. Being able to call on someone locally who knows every inch of the funding spectrum, or insurance or tax issues that's willing to offer advice for free has been amazing. We've also had some small grants from the local council who again have tried to help us wherever possible. 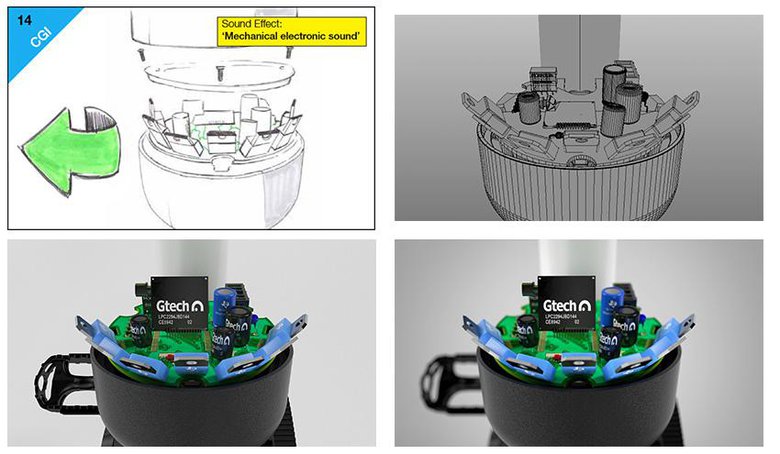 Tendering for government contracts and the amount of forms that need to be filled in are excessive, though getting advice on tendering has been great, especially from free courses run by the Welsh Government and local authorities. We actually tendered and became a rostered supplier for Welsh Government framework, so research into this has definitely paid off.

As a freelancer, I always kept an accountant that filed my tax return. This always saved me money and time in the long term and it made sure every associated cost was accounted for. Plus, I hate having to do my accounts. Simple book keeping and paying for an accountant is some of the best advice I've ever had, especially now as a limited company dealing with VAT and payroll… otherwise most of my day would be administration. I was given advice early on that you should always aim to ‘delegate the part of the job you dislike the most', and admin and accounts is definitely mine. 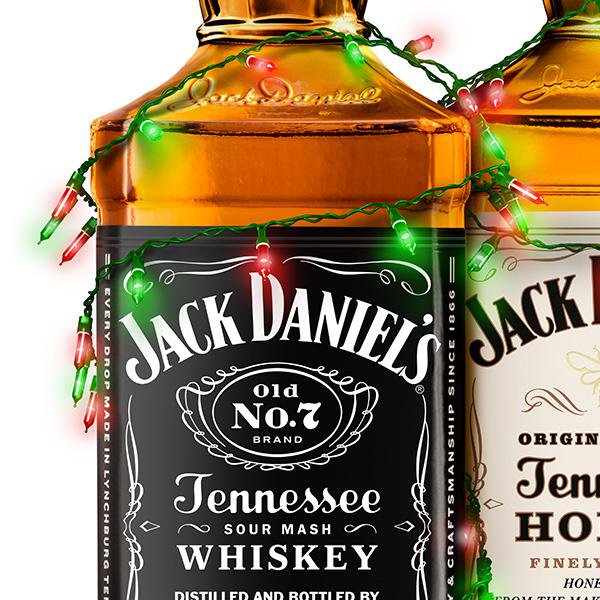 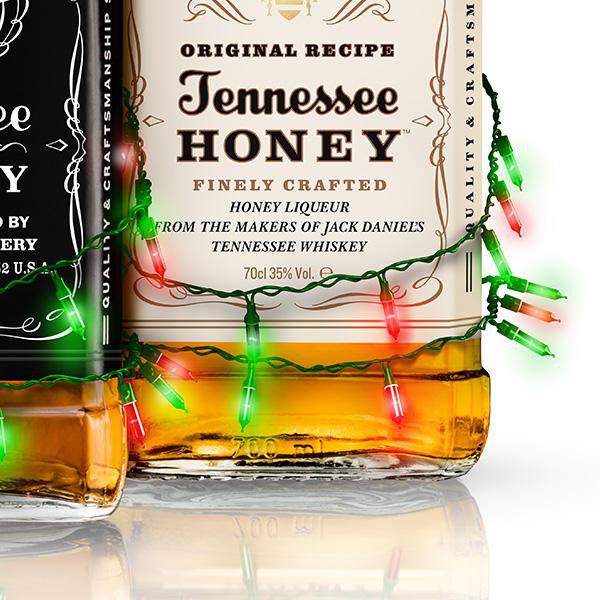 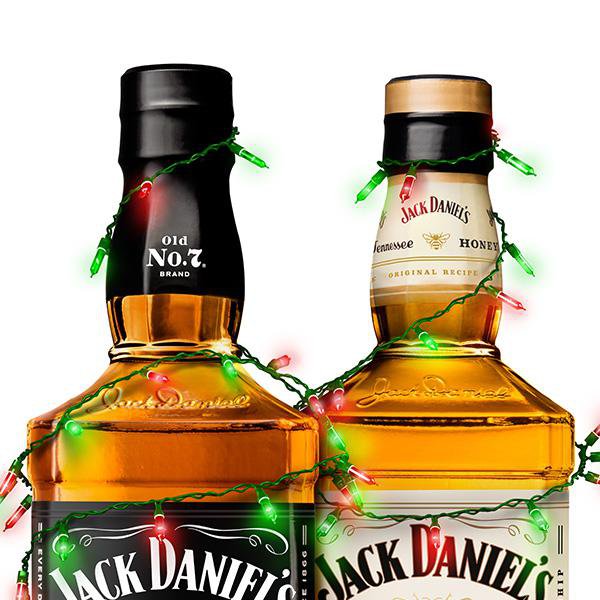 The hardest part has been intellectual property as 3D has some very grey areas, especially when collaborating on projects with other agencies or studios. I have always wanted to be as open and as helpful as possible with my clients — and nobody wants to have to completely rebuild something just because the asset wouldn't be released by a 3rd party. What we now do is make sure all parties understand what they will be getting when they commission us to do work, which is something that we set out in our terms and conditions. Again, immensely boring stuff when you just want to create pretty images and funny characters, but it's essential to confirm this before any work gets underway. 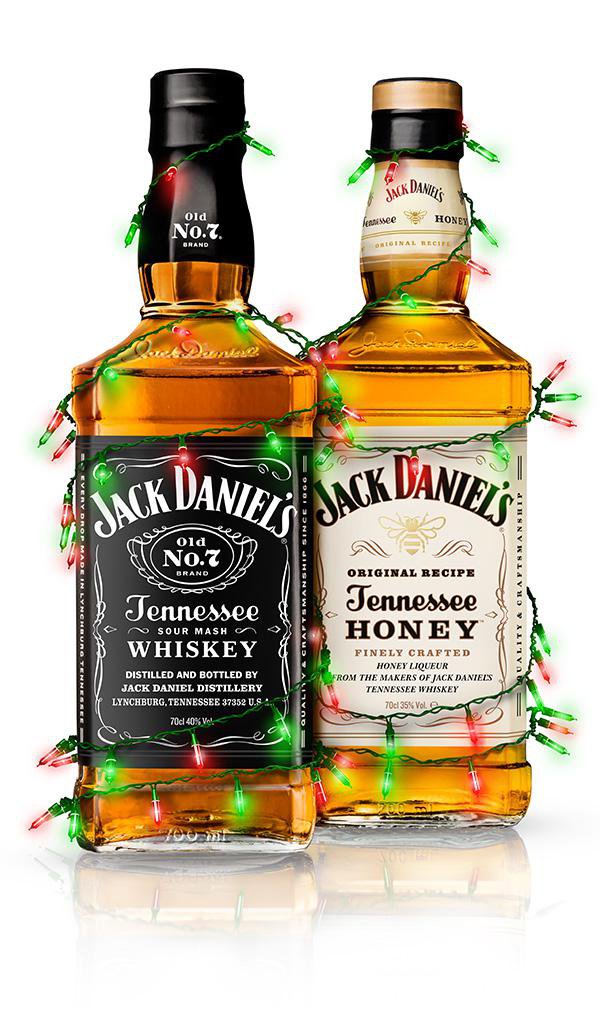 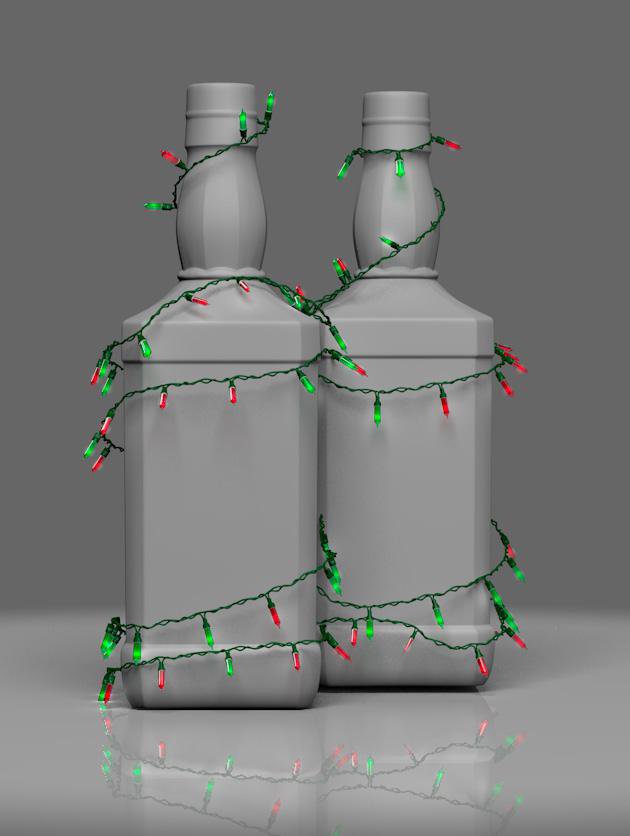 3dt: Talk about the projects you have created so far: How did clients find you? How did you market yourself? Did you find that you had to hire more people?

The studio was set up on some legacy freelance clients, and then showcasing our work on sites such as behance and creativepool helped give us exposure to a larger audience. Publishing our work on these sites, especially if it's a project that features some artistic license, can pay dividends, as the work gets shared and you start to gain a reputation. We've been very fortunate to be featured in magazines, online, and various email campaigns/trends due to this.

I'd never hired anyone before and it was certainly scary employing that first person, as you know you need to make sure they're paid and that the business is successful. You really don't realize the stress of this until you do it. I had a plan of where I wanted the studio to head and how I was going to achieve it. Figuring out which specialist team member was needed and when was integral to this. The first position to fill was for a 3D artist, as it made sense to have cover for myself, then as I hate the admin side of things it made sense to hire a studio manager (delegate the things you dislike).

Then, from there, adding a storyboard artist and video production made sense to cover all aspects of our CG production pipeline. In terms of full-time employed staff, this is where we currently are. The vision has always been to maintain as much work as possible in-house and use freelancers only within areas of extreme specialties such as character animation and simulations such as liquids and particles. Building a team that can work together and cover all aspects is the philosophy; the dream business model for us is Pixar and not the boom and bust of other VFX studios, which scale according to business needs. 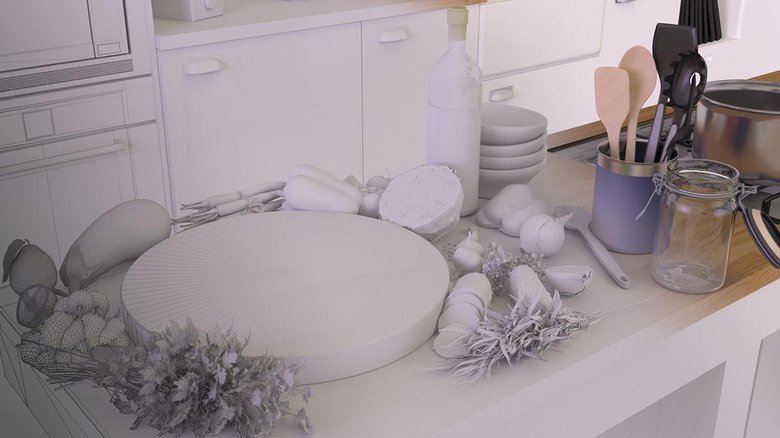 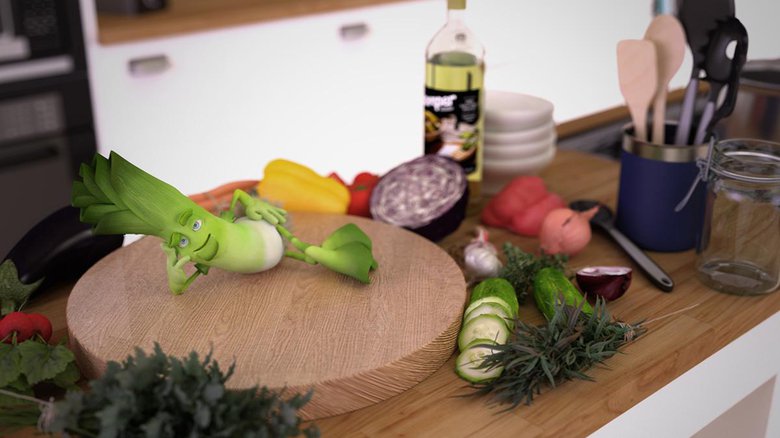 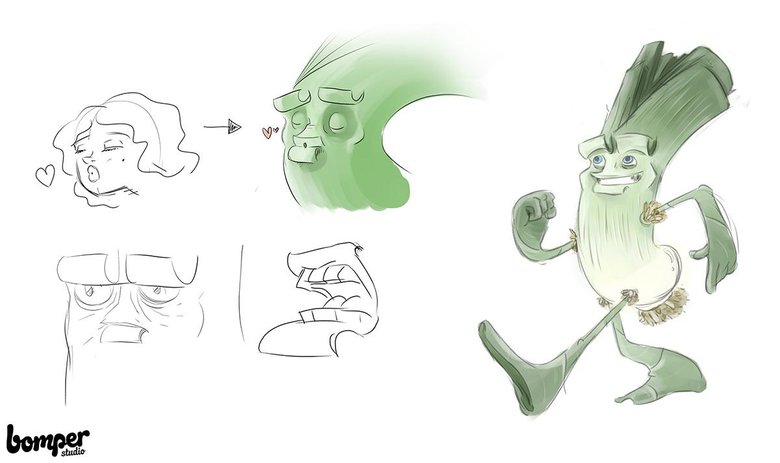 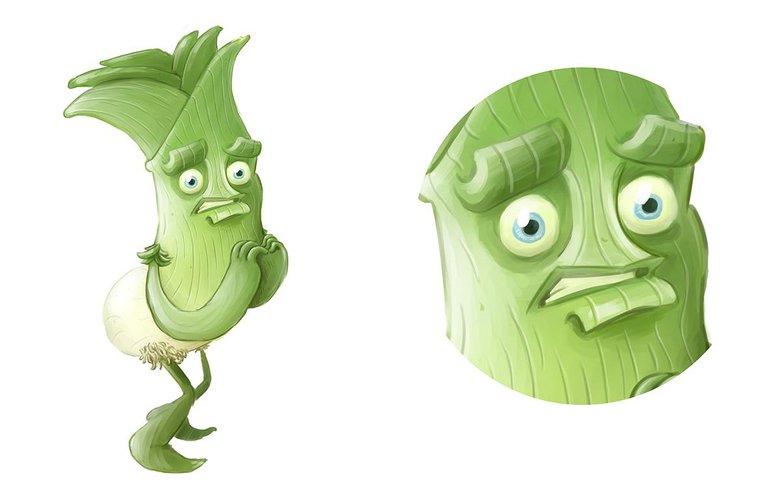 3dt: Going into further depth on the projects: What software do you use? Please describe your typical workflow.

We have several CINEMA 4D studio suites and use this as our main application for 3D work. Most of the work we produce is rendered within V-Ray 1.9, which I believe gives outstanding quality. For us the quality of the image is the main focus, and if someone else can make it look better then we've failed. We have been trialing Arnold and Octane recently, which have some terrific output, but production for us is still mainly V-Ray, and sometimes the internal AR render for stills, depending on the client requirements.

We also use RealFlow for water sims, X-Particles and TurbulenceFD for smoke and fire simulations. Being a completely Mac-based studio meant we had to find a way of getting CUDA enabled graphics cards, and we ultimately achieved this by using Mac Pro 5.1 machines upgraded to 12x core 3.46ghz with NIVIDIA TITAN graphics cards. These help massively for CUDA equipped software such as TurbulenceFD and After Effects.

3dt: What is your favorite project you have worked on so far?

Such a tough question… It's usually the previous one, as there are always hurdles you have to clear, be that technical or budgetary. There is one that I did as the very first project for the studio which is still under NDA (Non Disclosure Agreement) as it's a global project that hasn't gone live yet. That was a massive project that had us working late nearly every night, but it was well worth it. We enjoy the technical challenges of the Grey Technology vacuum cleaners, and the steam engineering that needs to be visualized in the Spirax Sarco animations.

I'm particularly fond of our in-house project Marilyn, where the initial idea was to use her infamous pose to create an animation set in a fountain, where a jet of water would make up the dress. The idea then evolved into the Coke splash and bottle, after seeing an existing Coke ad featuring Marilyn. We developed the concept from there and submitted it to the 99 frames competition. 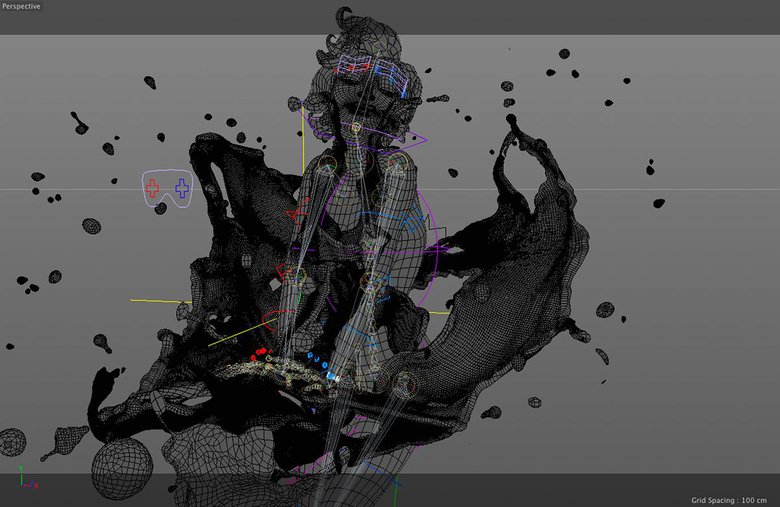 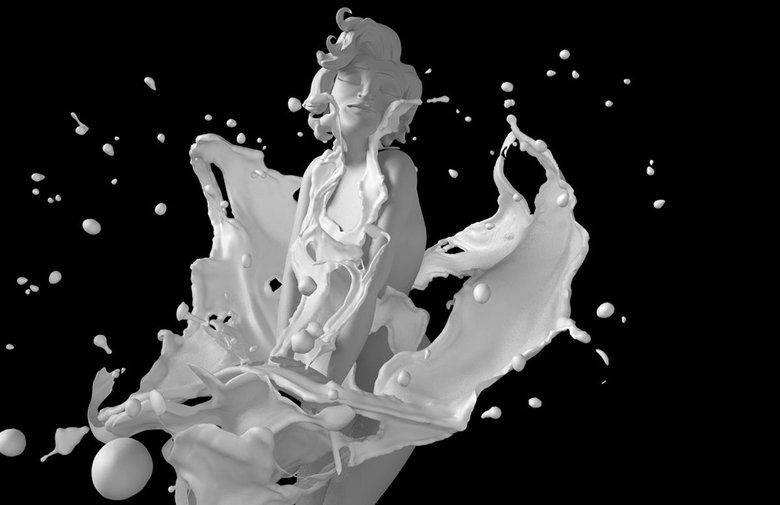 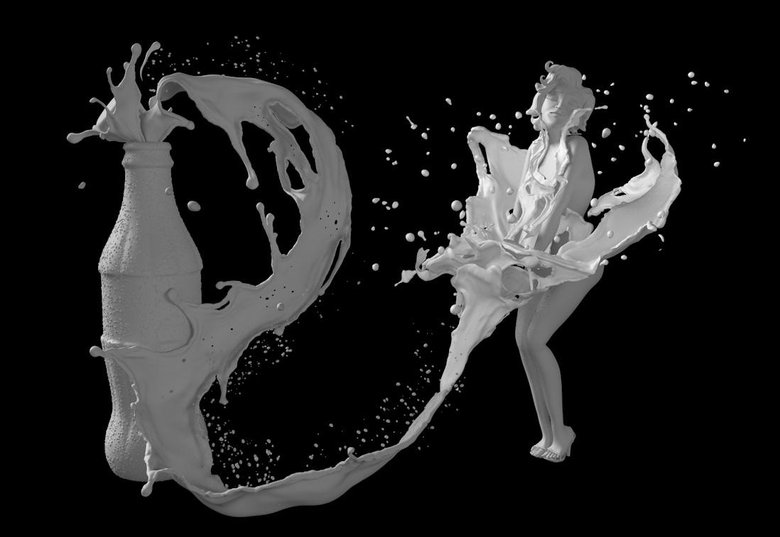 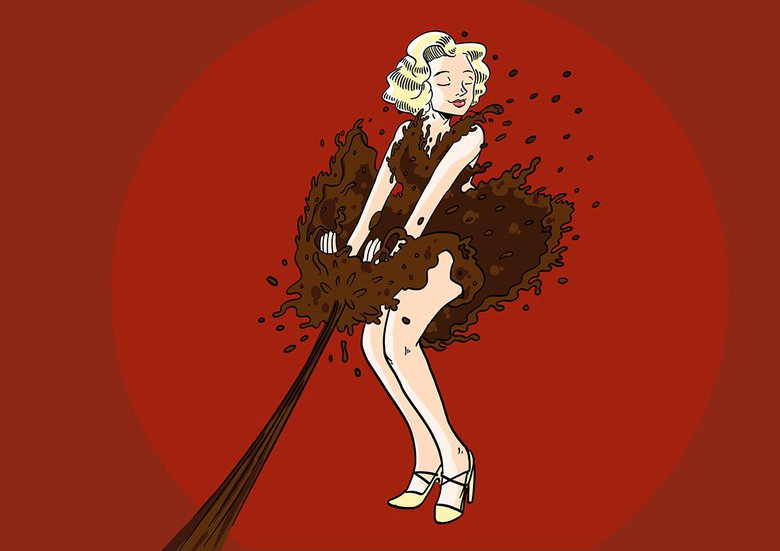 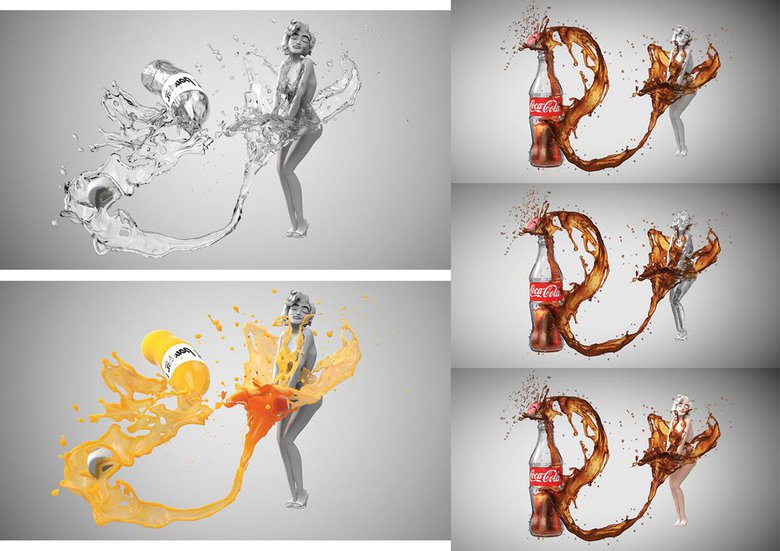 3dt: What projects do you have in the pipeline? Are you looking to expand in personnel or edit your workflow with other software to expand your project potential?

We have several projects lined up, but as usual we're not allowed to discuss them due to our NDA obligations. There are some automotive, the usual FMCG (fast moving consumer goods) and a possible broadcast job that sounds very exciting. That's as much as I can say!

We're always looking at new software that can either streamline our workflow or push our work further. We're currently testing the latest V-Ray, Octane and Arnold renderers, and all have great output and their advantages and disadvantages. We're also looking at the latest Houdini bridge which could increase our particle and simulation capabilities. We are currently looking for an organic and hard-surface modeler, someone who is proficient with ZBrush, Mudbox or even 3D-Coat. Whichever piece of software the candidate prefers we'll acquire the necessary suites. 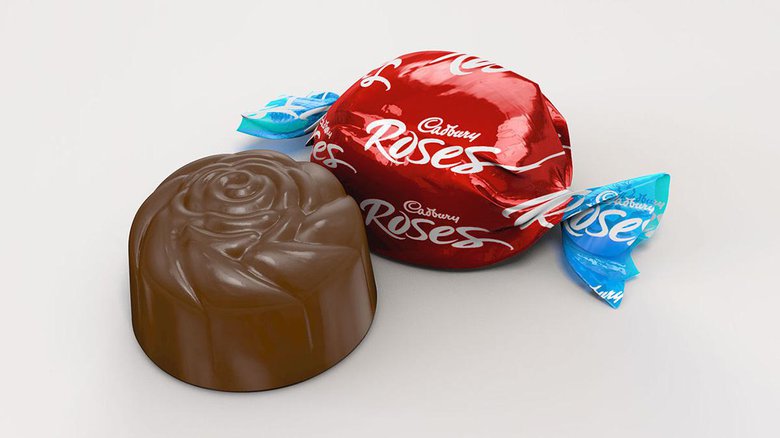 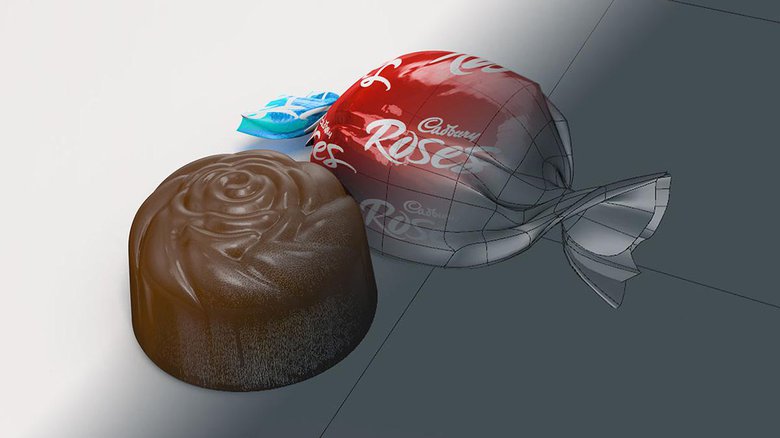 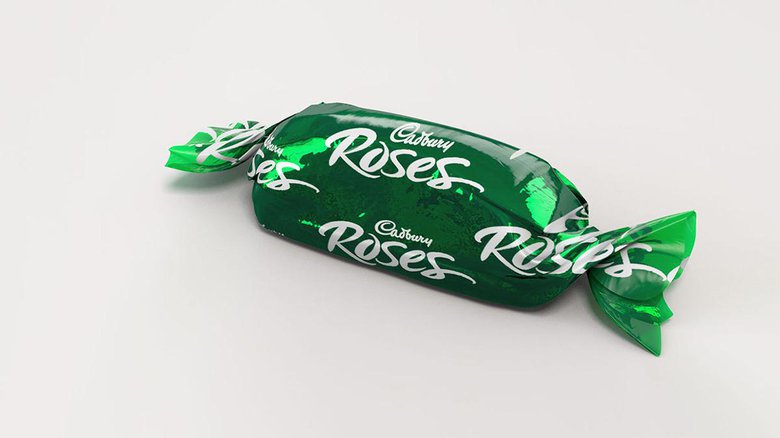 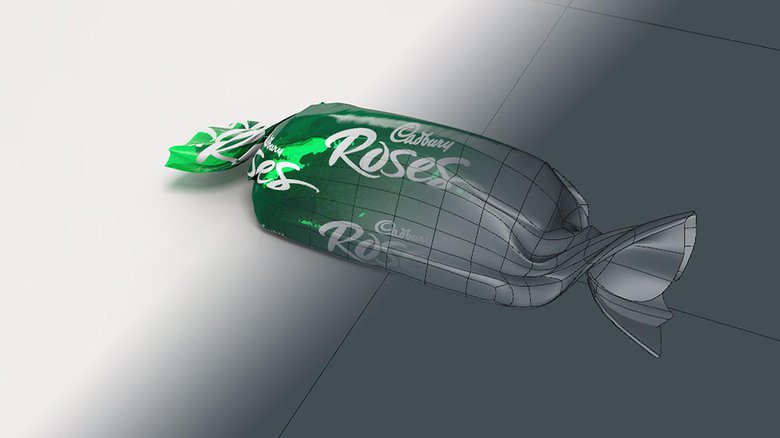 3dt: What's your overall ambition for the studio?

Eventually we would like to collaborate with advertising agencies and studios offering creative direction, CG production, illustration, and retouching. Instead of being just a production studio, we'd like to collaborate earlier on in the design process offering our artistic and technical skills to projects. There is a fine line between being able to produce the full concept to final output, and we want to collaborate with the best advertising agencies to deliver exceptional work, and not compete with them. I see the studio being a specialist CGI team that can jump into an agencies pipeline and work with their creative teams, creating ideas, developing them and ultimately producing exceptional final images. 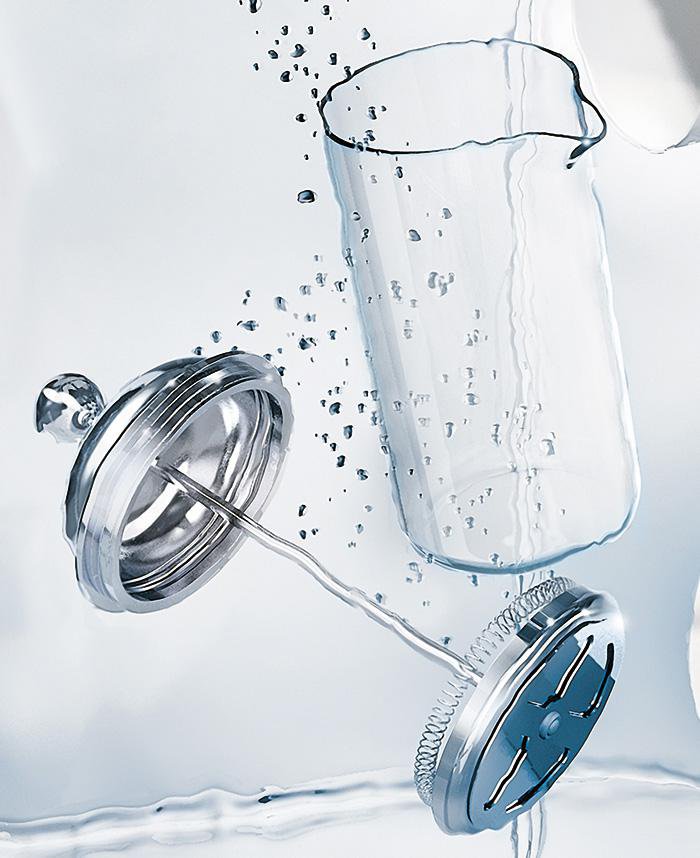 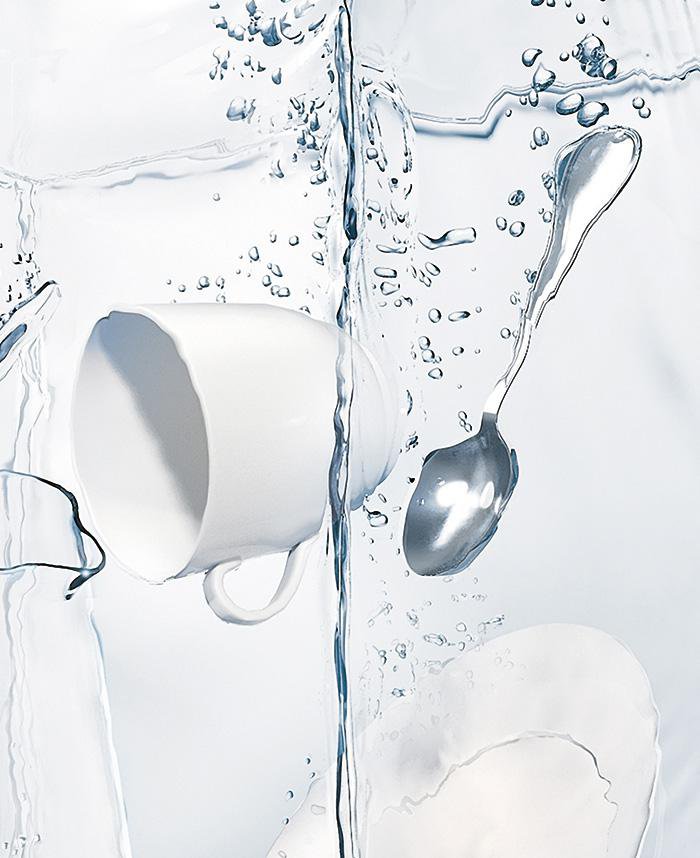 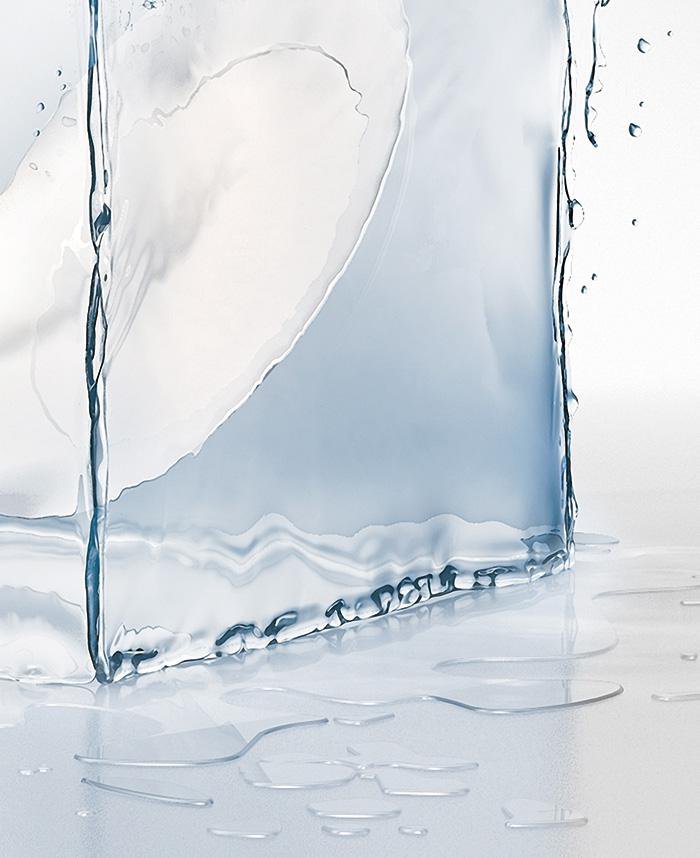 3dt: If you could give someone thinking about starting their own studio one piece of advice, what would it be?

There is so much advice about that's attainable for free, and it's really easy to get sucked in to buying courses or seminars that are just not needed. My number one piece of advice is to make sure you look after cashflow as it's the No. 1 killer of start-ups. It's a boring answer but this is a major factor, as some companies have pay runs that can take up to 60 days, and if you have overheads to pay your money can run out very quickly. 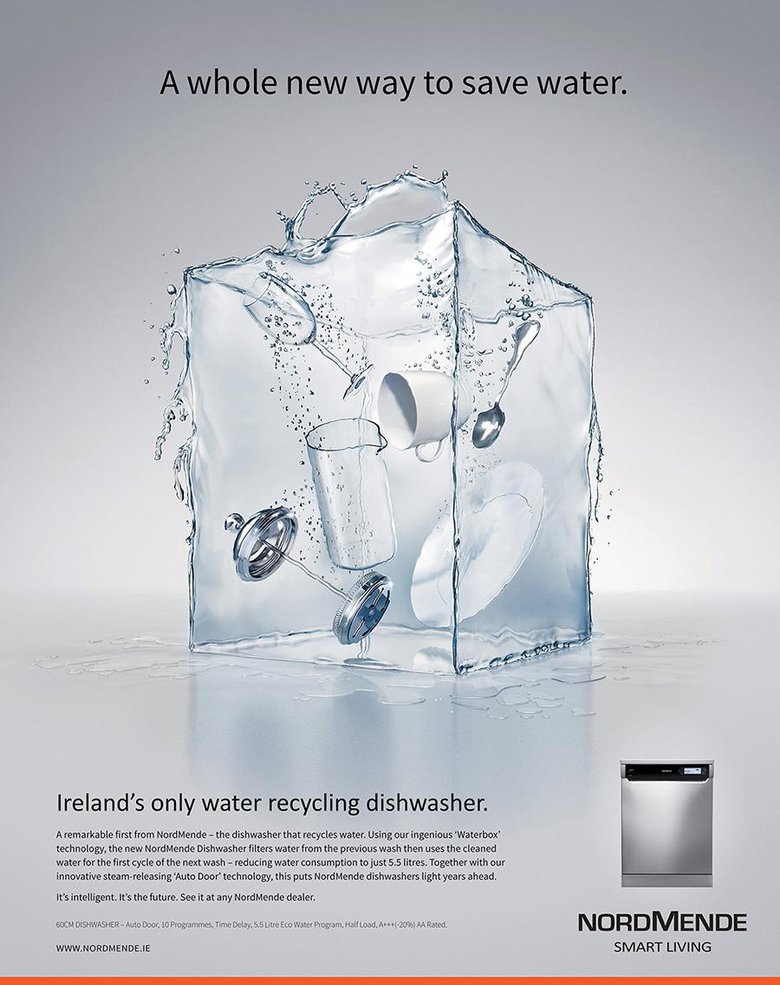 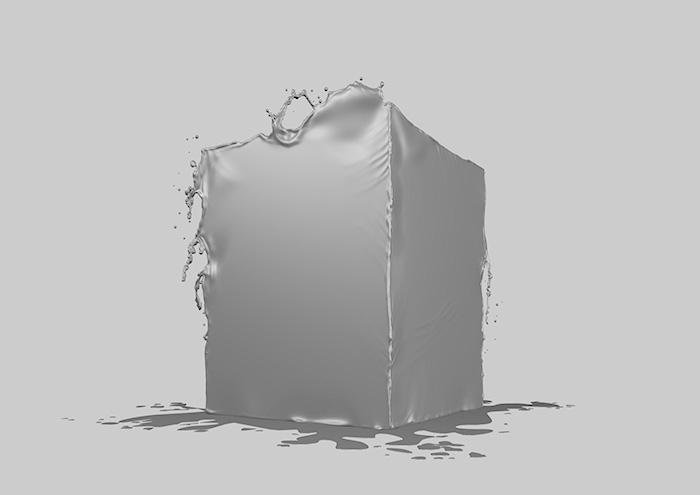