Learn more about the ideal workstation set-ups to make the most of your Cinema 4D workflow...

Learn more about the ideal workstation set-ups to make the most of your Cinema 4D workflow...

Because Cinema 4D, the popular 3D modeling and animation application, offers a wide variety of features accommodating various workflows, a one-size-fits all workstation configuration does not exist. But with the help of lead 3D Modeler and Cinema 4D expert Shane Benson, well look at the most common workflows so you can determine the right configuration for your workflow.

3D Modeling
3D modeling within Cinema 4D is a single-threaded task or frequency bound (meaning that it predominantly uses only one core). Since the frequency of that core determines performance more than any other variable, a workstation with less cores (but higher frequency) is ideal. The process of building up meshes, extruding polygons, and manipulating vertices utilizes only one CPU core. If C4D is used primarily for modeling, spending money on a dual CPU workstation with dozens of CPU cores is a waste of money. Those additional cores will never be used. Since a workstation requires an operating system (OS), youll need two cores dedicated to the OS and the balance of cores reserved for content creation tasks. Since a workstation with a high frequency CPU mostly benefits a 3D modeling workflow, the professionally overclocked BOXX APEXX 2 C4D workstation is an excellent example of a workstation that would do the job excellently. 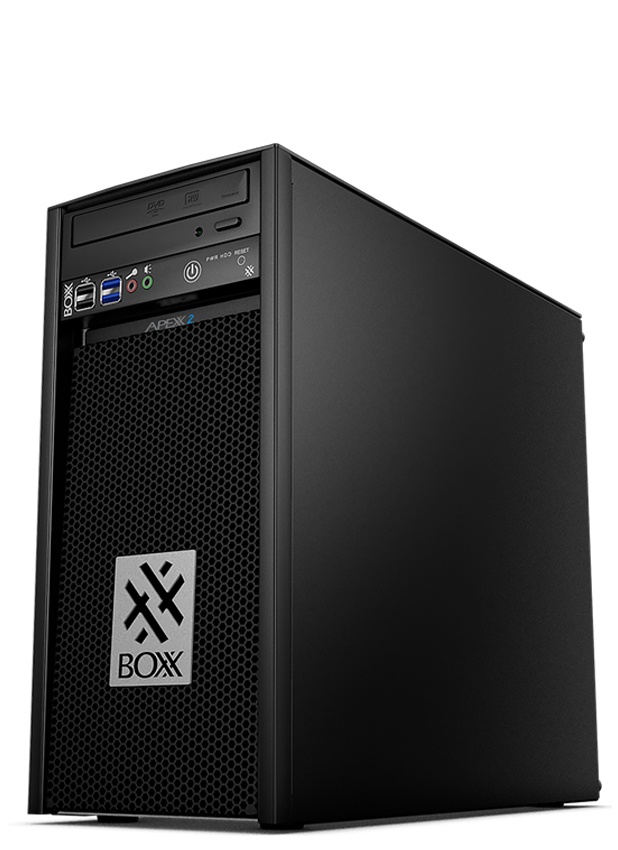 Animation
Like 3D modeling, animation is a single-threaded task (or frequency bound), so if its the primary task, multiple CPU cores will (once again) be of little help. Workstations with higher CPU clock speeds perform much better at these tasks, so good choices could be the single socket BOXX APEXX 2 and APEXX 4 Cinema 4D workstations, both ideal for an animation workflow.

Because the Cinema 4D workflow is mostly single-threaded, it makes sense to have fewer cores and higher clock speeds, says Benson. Any additional cores will be sitting idle while you are modeling, animating, or rigging. C4D only uses all available cores when rendering. 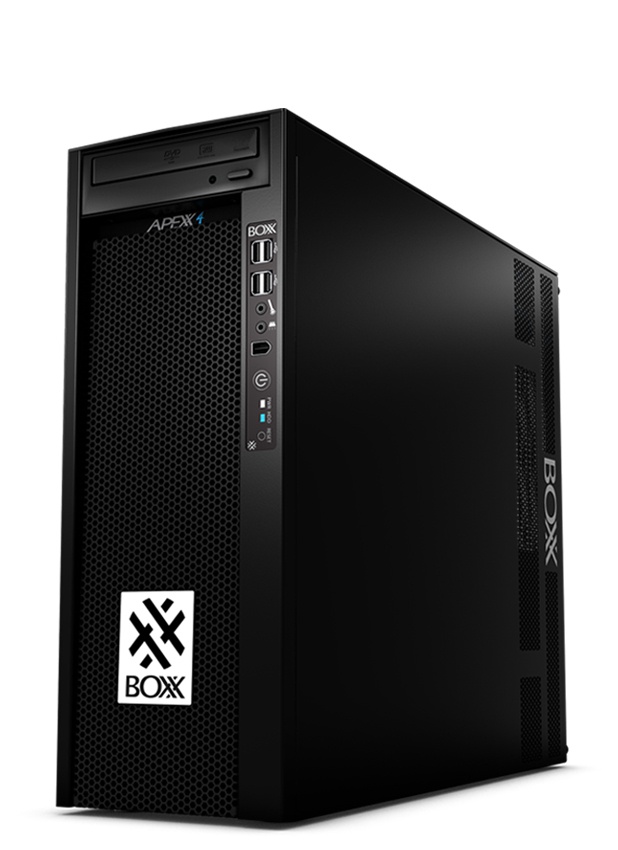 Rendering
When choosing the right workstation, consider that unlike 3D modeling and animation tasks, rendering C4D assets is a highly multi-threaded process, therefore, the more CPU cores in the system (or systems) the better. C4D users have a variety of rendering engines to choose from. In addition to traditional CPU rendering, GPU-accelerated rendering is also a possibility and like CPU-rendering, benefits from multiple cores.

GPUs
On message boards, forums, and social media, C4D users often complain about the application being slow, and even after upgrading their machines, they see no improvement, says Benson. For example, theyll discuss slow viewport speed, especially when using a very dense mesh or trying to cut holes in the mesh using a Boolean. Their solution is to buy a bigger and faster GPU, however, this is incorrect because C4D does not use the GPU for Boolean operations. Like the other modeling tools, its a single-threaded task, so throwing money at a bigger, faster GPU will not improve viewport performance. 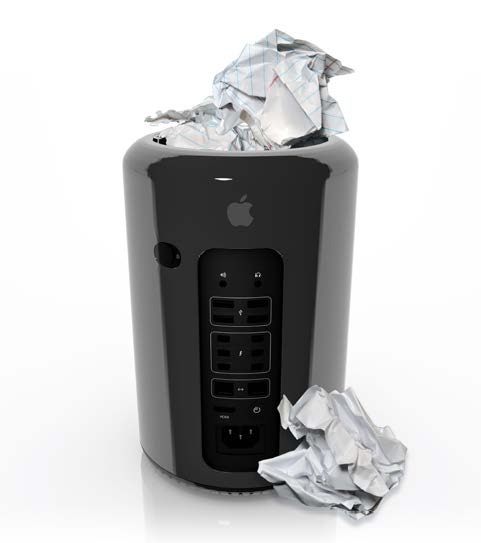 Remember when Apple came out with the new trashcan style Mac Pro? Everyone was raging over it because it had two workstation-class GPUs, says Benson. Many C4D users were ready to jump ship from their PC workstation over to the new Mac Pro. The idea was that those dual GPUs were really going to make C4D come to life. What most of them didn't know was that Cinema 4D does not require a dual GPU system. It will only use one GPU, (whichever one is driving the monitor). You can have four or five GPUs in a machine and C4D will still only use one. Third party render engines like Octane Render and NVIDIA Iray have been ported and bridged over to C4D and these engines can use multiple GPUs. However, they will only be used for rendering when using those particular render engines. If a user does not have any of those GPU render engines, then having multiple GPUs with C4D would be useless. Many C4D users were very disappointed with the new Mac Pro, believing that its dual AMD FirePro graphics cards were really going to shine, not knowing C4D would only take advantage of one of them.

C4D users can opt for bigger graphics cards, but since the majority of the applications video tasks are done on CPU and RAM, (in most scenarios) you can avoid the higher cost associated with top-of-the line GPUs. At one time, Cinema 4D was really favoring the gaming GPUs like the GeForce GTX cards, Benson says. The higher clock speeds on the GPU, along with the lower cost as compared to NVIDIA Quadro cards, made them a great choice for C4D users. Nowadays, both the GeForce and Quadro GPUs work fine with Cinema 4D, even though the GeForce drivers can sometimes be buggy. You have to either roll back to a previous driver, or wait for NVIDIA to fix them. 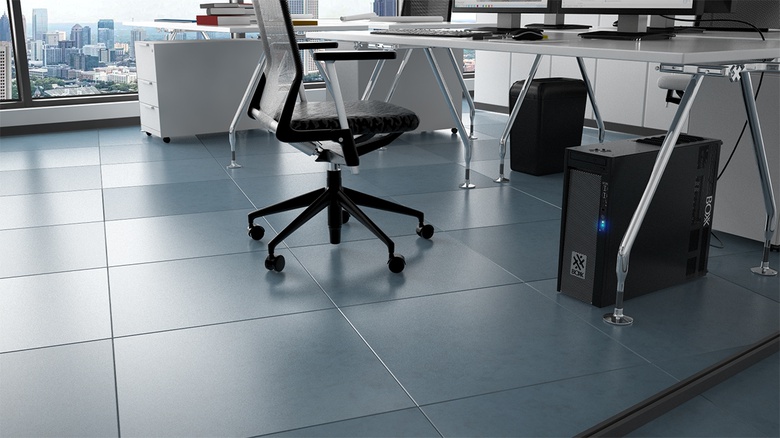 SSDs
Regarding the role of solid state drives (SSDs), Benson says that adding them to your C4D workstation wont significantly improve performance within the application. The only area that would see improvement would be faster times for launching the program and accelerated loading times when opening a large scene file, he says. If your workflow requires frequent loading and saving of large scene files, you should definitely opt for fast SSDs. Aside from application-specific speed improvements, a fast SSD will make your C4D experience more responsive overall, with less perceived lag when multi-tasking. 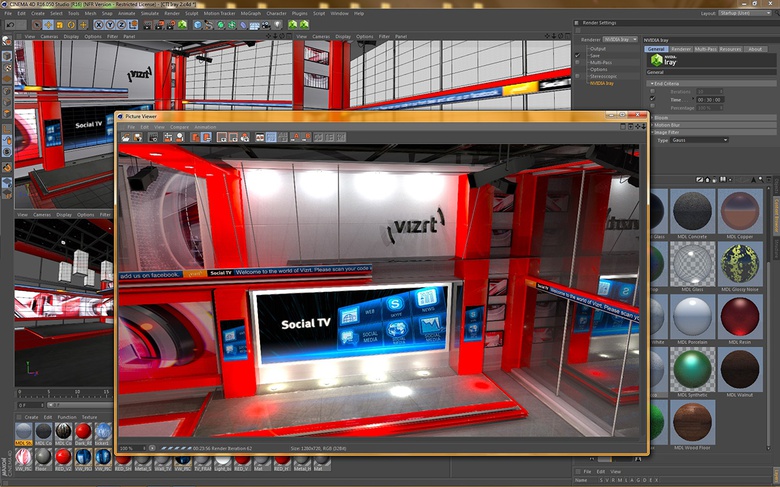 A desirable machine for Cinema 4D would be an overclocked Intel Core i7 with 24-32GB RAM, and either a GTX or Quadro graphics card, says Benson. I mention GTX because I know some people are on a budget. Also if you were to opt for the less expensive GeForce card, you could then spend more money on an additional machine with lots of cores specifically for rendering. This takes the load off of the workstation. In fact, the ideal setup for C4D users would be a single socket machine (like an Intel Core i7) for when youre working. Then, when it comes time to render, the job could be offloaded to a machine with more cores, or multiple machines on a farm. This is where the BOXX Workflow comes into play.

For more information about the BOXX Workflow, please click here.