Bringing Gravity down to Earth

From Bournemouth to low-earth orbit: how Framestore brought Alfonso Cuaróns vision of space to life.

by Henry Winchester on 24th January 2014

From Bournemouth to low-earth orbit: how Framestore brought Alfonso Cuaróns vision of space to life.

Gravity is a rarity in modern Hollywood: an intelligent blockbuster. It's thrilled audiences the world over, brought non-boombastic scientifically-based fiction back into the mainstream, and even saved Sandra Bullock's career from endless drab rom-coms.

Its achievements are the result of a combination of people working at the top of their respective games: Sandra Bullock and George Clooney deliver sympathetic performances; Alfonso Cuarón directs with assured confidence; and the visual effects are so tightly integrated with the live action that it's impossible to tell one from another.

London-based effects house Framestore has already bagged a BAFTA nomination for its hugely significant contributions to the movie, which envelope the audience in a three-dimensional vision of outer space with eye-searing clarity. But our story doesn't begin there: it starts in the sleepy UK coastal town of Bournemouth.

Making everything look utterly photo-real was crucial to Gravity; after all, not many of us have experienced an
International Space Station disaster

The town's National Centre for Computer Animation (NCCA), based at Bournemouth University, is world-renowned for its comprehensive courses in all things visual effects, and it's telling that many of Framestore's key personnel hold degrees and masters from the institution. In fact, the university boasts that almost half its graduates go on to find a job in the visual effects industry.

"My year at Bournemouth was packed with lectures ranging from cinematography, through animation and rendering to the mathematics for inverse kinematics," says Ian Comley, Framestore's look development lead. "No small amount to absorb by any means, especially when trying to maintain a healthy student lifestyle! It did provide an excellent foundation, however."

Its where the art and the science collide in VFX, and it's a balance I really enjoy

Stone performs some essential maintenance on the International Space Station

Look development is one of the toughest jobs in the visual effects industry, and making sure that a movies textures and lighting reflect the reality we see every day is critical: one too-shiny surface or sharp shadow will throw the audiences sense of disbelief. Its where the art and the science collide in VFX, and it's a balance I really enjoy, says Comley. There's shader writing, coding, tools and algorithms, but always with the aim of producing a more realistic image, and better still, being in a position to have input into the development of a character or effect seen on screen.

Comleys role in Gravity was to develop photo-real digital doubles and space suits a role which involved much back-and-forth between himself and perfectionist director, Cuarón. We could develop something for weeks getting it to a presentable form, but the moment it went in front of Alfonso, youd know very quickly if it didnt match what hed pictured in his head, says Comley.

One of Framestore's resident paint and roto artists, David J Nolan also kick-started his career at the NCCA. After a brief stint in visual effects for a music TV station in Vienna, he decided to enrol in a Digital Effects MA at the university, an intensive course which introduces the foundations of visual effects. Luckily for Nolan he didnt even have to leave town to get his first job.

The process was challenging, and unlike anything I had done before

Framestore decided to open an outpost office in Bournemouth, and I was hired as a junior paint and roto artist, says Nolan. This meant that I hit the ground running immediately after finishing at the NCCA and was able to put my new-found knowledge into practice, working on some very big projects.

BGathering real-life reference material was an essential part of Gravitys production, and NASA experts have
lauded its 'spectacular realism.'

Nolan soon found himself working on Gravity. I was part of the team involved in converting the live action elements of the shots usually Sandra Bullock's face or body into stereoscopic 3D so that it would fit with the 3D renders, he says. I led a team of artists in Bournemouth who used NUKE to painstakingly create depth maps for the compositors in London. The process was challenging, and unlike anything I had done before, but it also offered quite a lot of room for creative thinking and problem solving.

Problem solving is one of Nolans best assets, and he developed a bespoke tool in NUKE to produce 'full-body dimensionalization' for Bullocks digital-double, which artists could then puppet. This was rolled out and became the standard tool for the compositors who were dimensionalizing this sequence, he says. But hes most proud of a tiny but crucial detail in Gravity: You should check out the stereo depth of those eyelashes on some of the extreme close-ups of Sandra. It was tricky to get right, and I'm proud that we did.

Working with Tim Webber, Framestores VFX Supervisor who oversaw all of Gravitys visual effects, was Ben Lambert, the companys digital modeling supervisor. A veteran of the industry, Lambert graduated from Bournemouth University with a BA in Computer Visualization and Animation in 1999. His first role at Framestore was as a junior technical director on Troy, back in 2003.

Lambert still values the lessons he learned at Bournemouth University many moons ago, though. The course gave me a very broad overview of all areas of 3D and animation, he says. I think it's important for artists to have a wide range of skills and versatility, it means they can work at both larger and smaller studios. I think the programming aspects of the course have surprised me with how much I've had to now use in my day-to-day job.

The terrifying idea of floating through space is animated by Framestore

He echoes Comleys thoughts on Gravity, particularly in regard to Cuaróns quest for ultra-detailed realism. The biggest challenge of the film was making our assets as photo-real as possible, Lambert says. They would be scrutinized next to their real-world counterparts daily. There were also very complex materials such as cloth and foil that is damaged with rips and tears.

Framestores work on Gravity is very much complete, but its been a huge contribution to the films 10 Oscar nominations, including one for best visual effects. The trio weve interviewed are already up to their necks in a variety of new projects though: Ian Comleys working on Paddington Bear, which he describes as 'even more epic' than Gravity; David Nolans bringing José Padilhas promising new Robocop to life, and Ben Lambert is reanimating the prince of darkness for Dracula: Untold.

As for Bournemouth Universitys National Centre for Computer Animation, its busy training up the next generation of visual effects wizards and Framestore employees which often seem to be one and the same. Its an essential institution if youre considering a career in visual effects but David Nolan has also offered some tips for getting ahead in the industry.

Decide what you want to focus on and specialize early, he says. Develop an understanding of the whole pipeline, but focus on the tools that you need to do your job. If you want to be a compositor, learn to be a good paint and roto artist. If you want to be in 3D, learn tracking. That's where you will start, and its important to do so you'll learn a lot doing those jobs that will be useful down the line.

Special thanks to Sofronis Efstathiou, Postgraduate Framework Leader and BFX Competition and Festival Director and Bournemouth National Centre for Computer Animation, for helping set up the graduate interviews.

Tiny details, such as the scratches in George Clooneys helmet, were pored over by Alfonso Cuarón and the Framestore team.

The following selection of images give an idea of the types of output NCCA graduates produce in relatively short periods of time some 6 weeks, other 10 weeks: 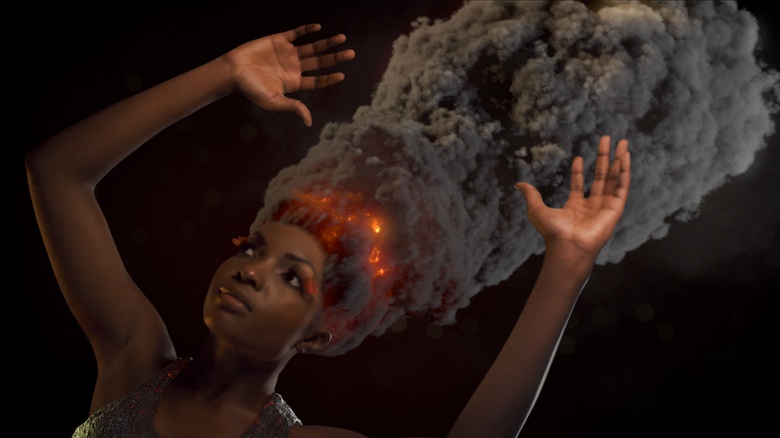 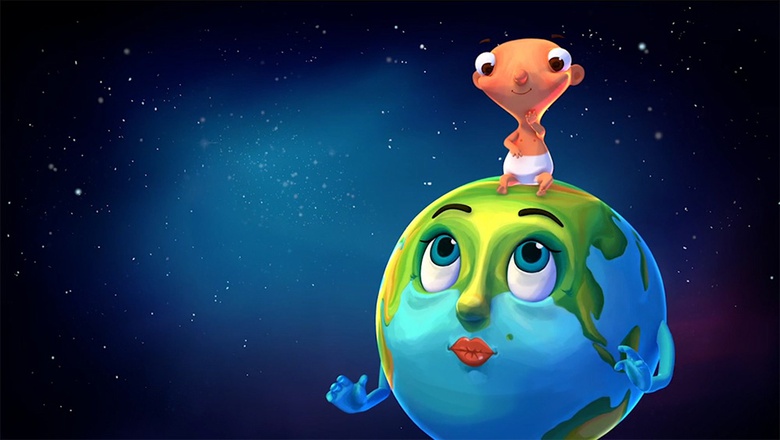 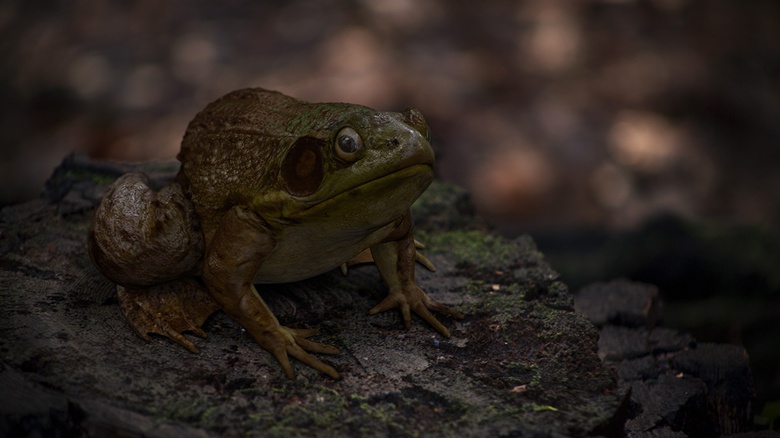 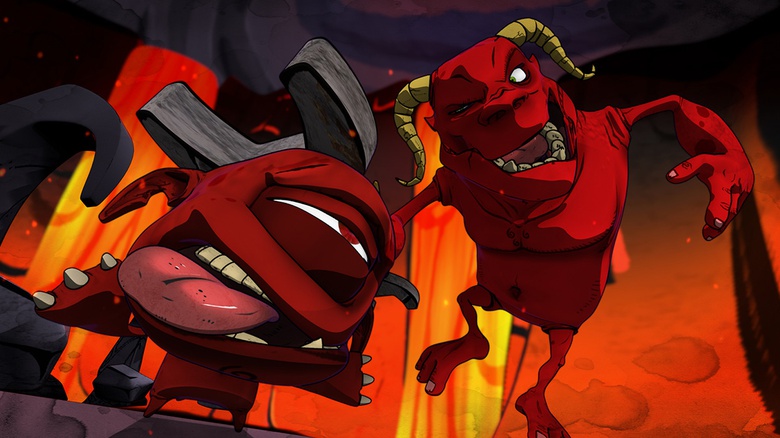 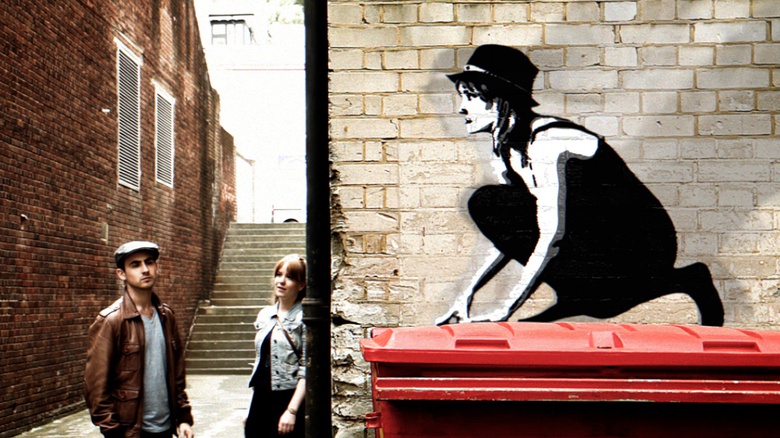