V-Ray 3.0 boasts a streamlined interface and new Frame Buffer. Paul Hatton takes a look at the new features to help you familiarize yourself with the latest version of V-Ray for 3ds Max 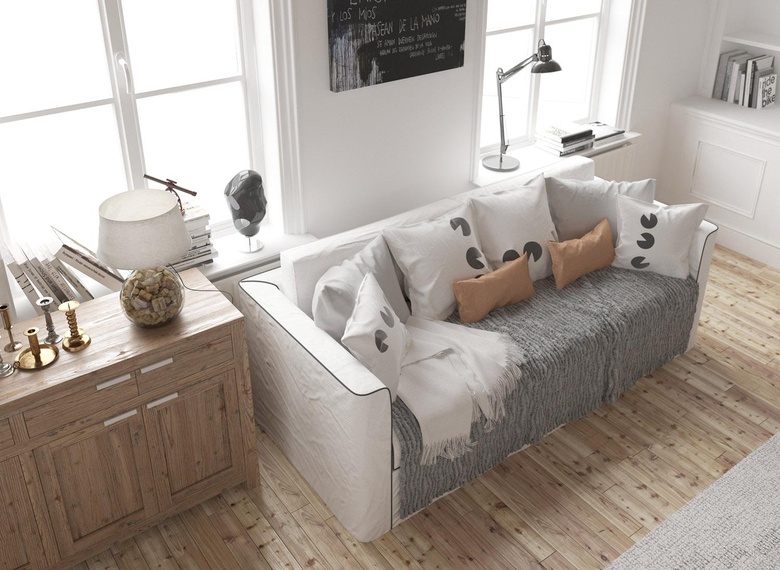 This will be our scene for this tutorial. We'll use aspects of the scene to look at the various new V-Ray 3.0 features

V-Ray 3.0 boasts a streamlined interface and new Frame Buffer. Paul Hatton takes a look at the new features to help you familiarize yourself with the latest version of V-Ray for 3ds Max

One of the most notable things that Chaos Group has done with V-Ray 3.0 is to introduce a bespoke V-Ray toolbar which includes a load of the key tools that you might need. In previous versions these have been hidden inside the 3ds Max interface under categories like cameras and lights. Don't worry, they're still in those places, but Chaos Group has now helpfully collated them all into one place. It takes a bit of getting used to but it'll save you lots of time once you're familiar with it!

The toolbar is split up into sections which is obviously logical. We'll go through each section. Some of this will be familiar but I'll hopefully throw in some helpful hints or reminders of tools that you may not have ever thought about using. In the first section you can render, bring up the last frame buffer, or open the main render settings. The last button is new and this gives you access to a series of quick settings. I'm not sure I'll ever use this but it's good for the new user! Choose from predefined options or adjust sliders for ease of use. 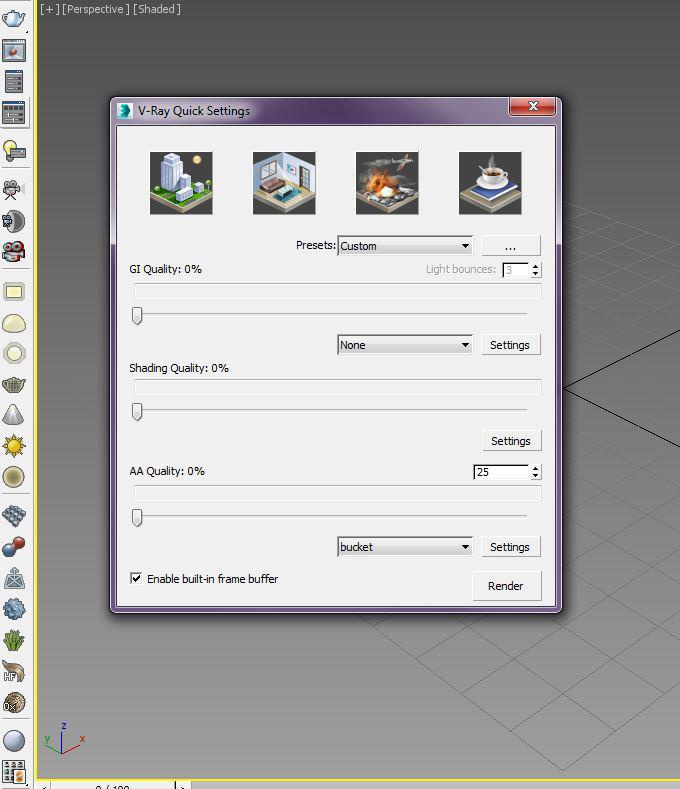 The V-Ray tool bar can be docked wherever you want. You may find yourself having to force yourself to use it initially but it'll soon become second nature

The 3 V-Ray cameras are accessible through the toolbar. You've obviously got your primary physical camera which is incredible. Such a great camera! You've then got the dome camera which lets you render any field of view up to 360-degrees. And finally, it includes the stereoscopic camera for those 3D film projects you've got your eye on!

Still using the built-in Max cameras? Try moving over to a physical camera and explore all the settings that give you stacks more control over your rendering!

From my conversations with other 3D artists, this seems to be a massively underused tool. That's fair enough if you're scene is pretty simple - this may be surplus to requirements. But as soon as you get a few lights in your scene you'll want to get using this tool! It lists all of your lights along with their key properties. You can edit them all in one place and ensure that you have the right ones turned on and off. No more having to navigate round your scene struggling to select specific lights!

Setting up different types of lights in V-Ray wasn't particularly tricky but it wasn't as simple as a one-click solution. V-Ray has given us 67 light options to use right at our fingertips! This includes the Mesh Light, which is great for those light fittings that aren't particularly uniform. For some reason they decided to omit the disc light option from this, but it can still be accessed through the traditional way. 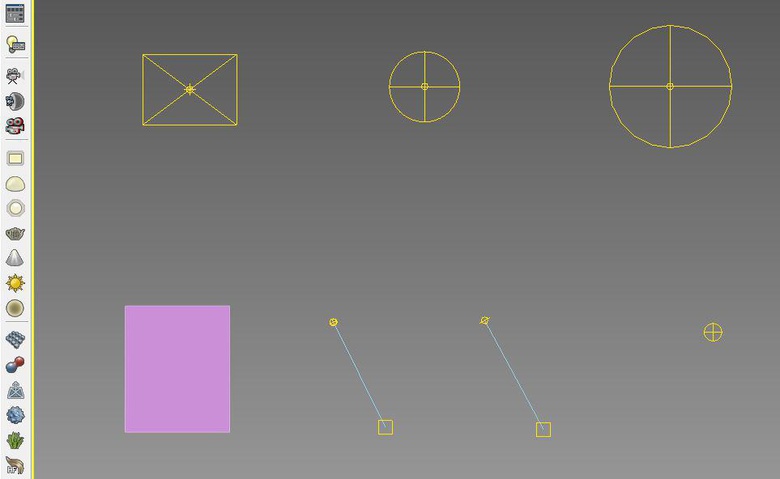 This is where V-Ray stores some other tools that don't belong in neat categories. You've got things like Proxies, Metaballs and V-Ray Fur, but what's pretty neat is that it also includes some modifiers - including the V-Ray displacement modifier. So, rather than scrolling through streams of modifiers to get to the V-Ray ones, you can now add them with a simple click. Amazing! There are also HairFarm and Ornatrix modifiers if you make use of these in your projects.

Hopefully the new toolbar will expose you to new tools that you can integrate into your workflow. It puts them right in your face rather than them hiding behind a clunky interface

Not many options here, but this section packs some power! The reason I say that is because it's such a massive timesaver. V-Ray gives us two buttons with which speed up the material-creation process. Brilliant! So with a single click you can open the material editor and have a V-Ray material sitting there waiting for you. Chaos Group has also given us the same implementation for the new (to 3ds Max) VRMats. These are cross-compatible with many other pieces of software and I'd highly recommend getting used to them. 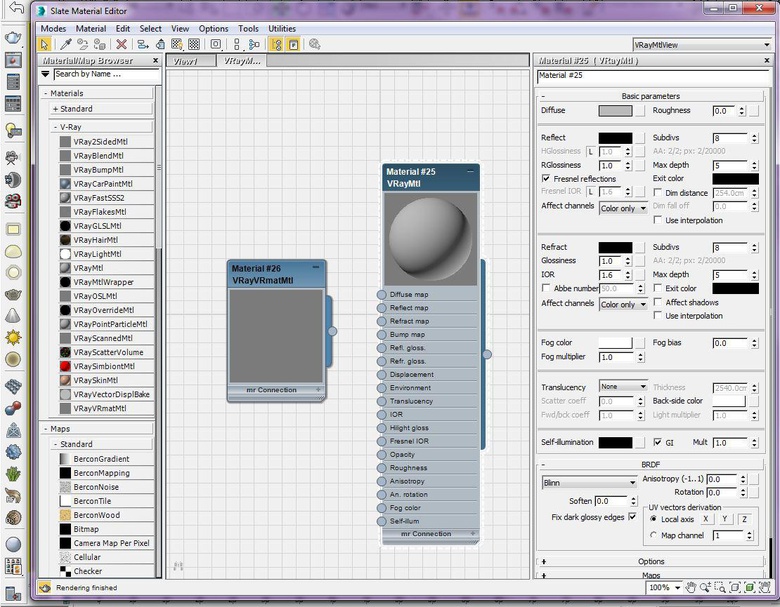 I'm all up for saving a few clicks to complete a process, so I'm a big fan of even these simple interface changes!

Now, moving onto the Frame Buffer, we find that Chaos Group has made some supe-cool changes. Both the top and bottom rows of buttons have had a graphic design overhaul and there are some new buttons too! Let's take a closer look... 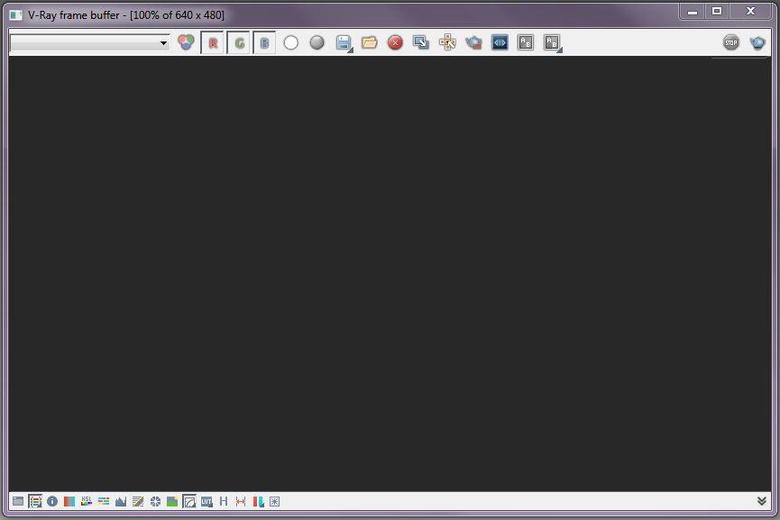 At the bottom left-hand corner there is a button which gives you access to a rollout of color corrections including exposure, white balance, hue/saturation, color balance, levels, curves and others. What a rollout! You can even load in specific LUT files to get the exact look you're after. One cool new feature which I think is new is that you can now add in custom background images. 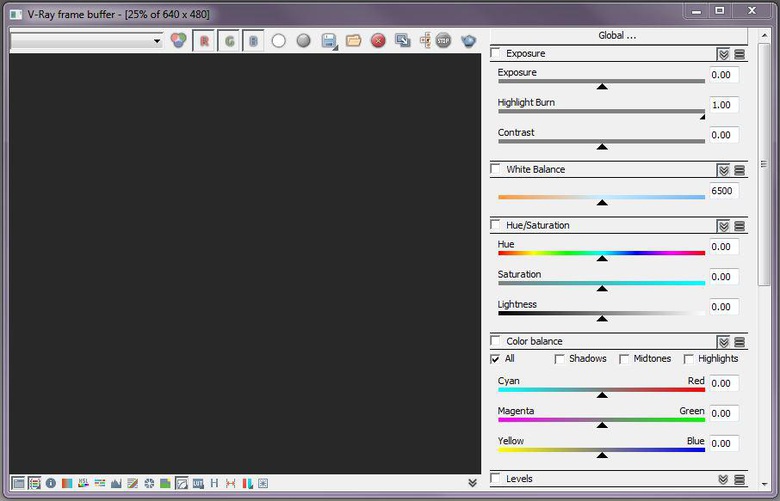 These lens effects were previously hidden inside of the render dialogue box and they were a bit of a pain to go back to if you'd closed that down. I'm therefore chuffed that Chaos Group has split them out into their own panel, which can be accessed using the button at the bottom right-hand corner at the end of the main set. Toggle the visibility or keep it open on a different screen if you're fiddling parameters to get the perfect look.

V-Ray are always looking to give us features, tools and improvements that enable us to do a better job. This is one of those examples

You may not have noticed it but next to render button in the top right-hand corner is a Stop button. This obviously stops the rendering. Nothing revolutionary there. I would love to see a Pause button added to the pile! 3ds Max 2016 has introduced a pause button to the rendering process so hopefully it's only a matter of time before Chaos Group follows suit and does its own implementation in V-Ray. Please?

With the introduction of V-Ray 3.0 Chaos Group has extended compatibility of the Vistmats/VRMats to 3ds Max. It was previously available in software like SketchUp, so I'm glad to see it extended to Max as well. It gives you the capability to move V-Ray materials across packages. Really helpful! 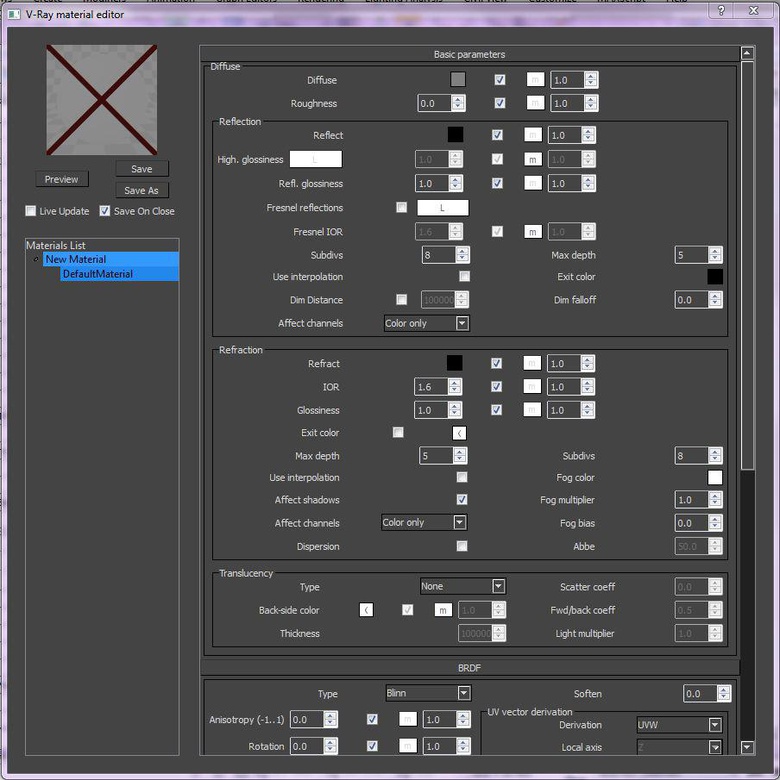 Get used to using these materials because I can only see these becoming the norm in years to come!

The V-Ray toolbar can either be docked or dragged to become floating. Drag it like any other toolbar and put it in the most convenient place for your workflow. You can also right-click the toolbar to give you more options.

Move the toolbar to wherever you want it to be. No more restriction on toolbars!