The process behind the 'Mouse' sculpt 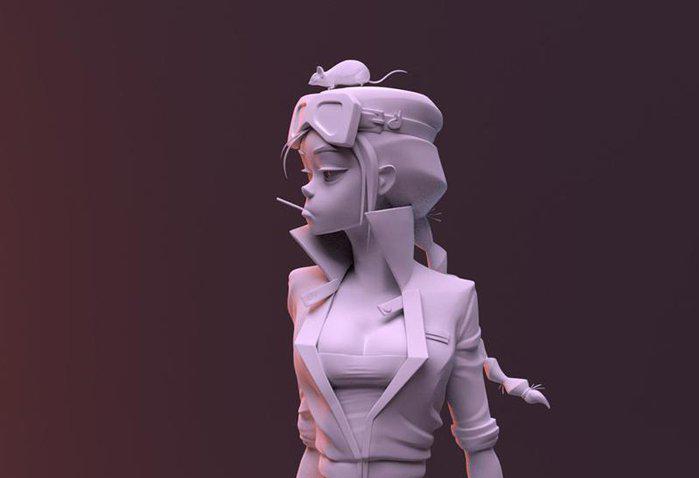 I am a 3D modeler, from Dublin, Ireland - working for Brown bag films, one of the top animation studio's in Europe. I focus mainly in Character modelling but also have experience with sets and prop modelling 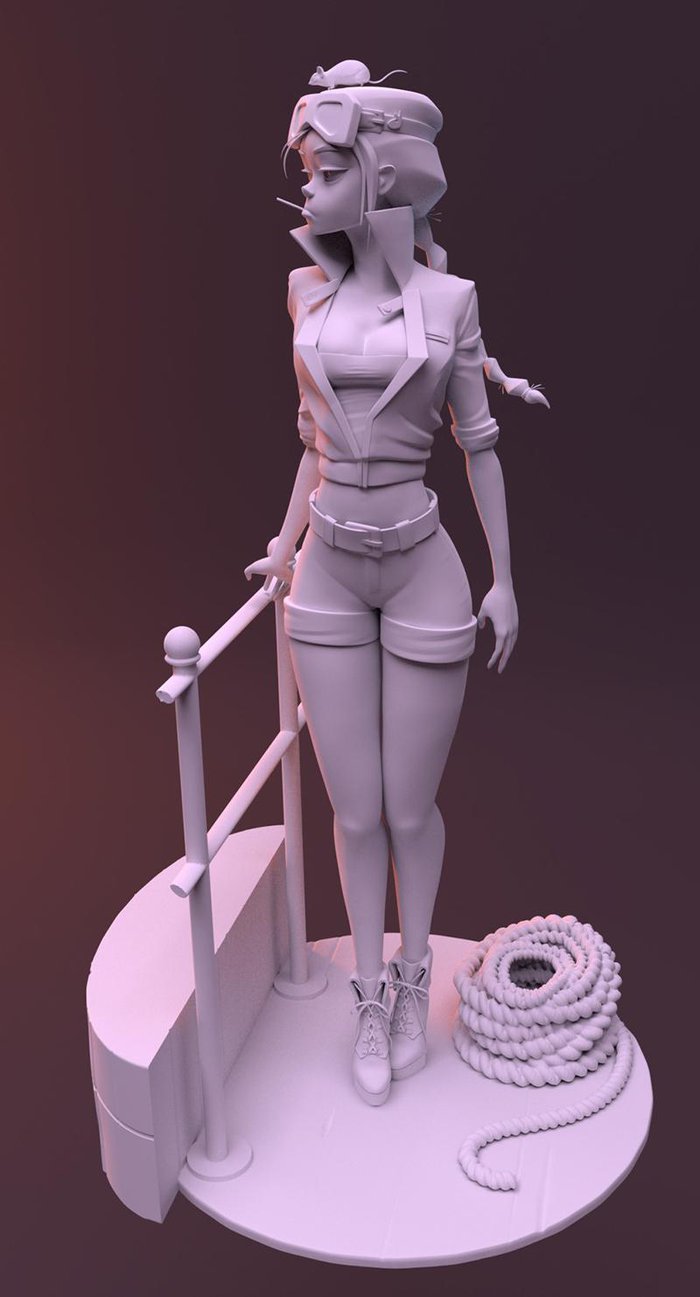 Step 1: Creating the base mesh.

I decided to use a concept by Samuel Youn as a base for this project. I always make a base mesh for each new character, unless I have a tight deadline. For me, the base mesh is a very important part of the whole process as it creates the look and feel of the character. This step will decide the overall shapes and silhouette of the character. I started with primitives and kept them all separate so I would have ease of control when finding the primary forms. In ZBrush I used the Insert Sphere brush to place a sphere, separated it into new SubTools, and hit ZRemesh (for which I created a shortcut key for as I use this very often). I pulled it into shape where needed, for example the cranium and jaw are two different SubTools, and the nose is another. I continued this process down the whole body - this helped me to easily move each part without affecting the other parts, a well as leave a crisp line where each SubTool intersects. In the examples you can see the quick base mesh I made, showing how the body is split into different SubTools. 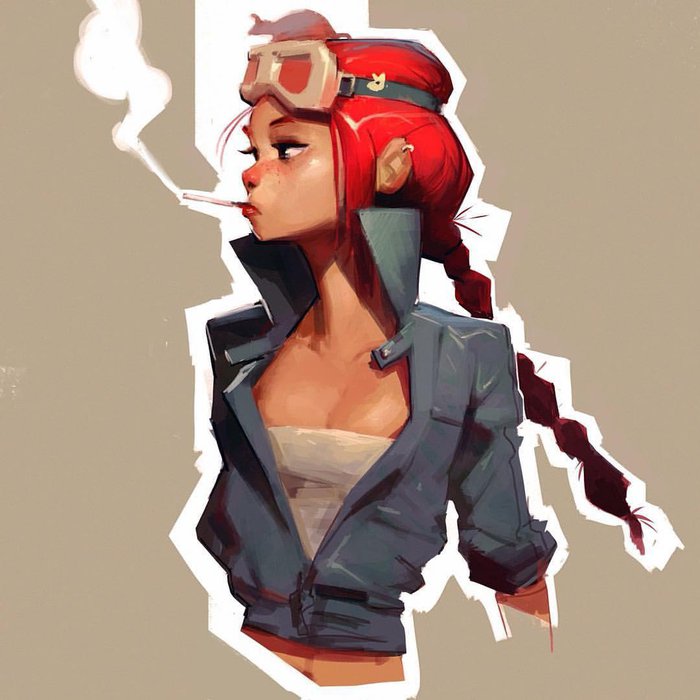 The original concept by Samuel Youn 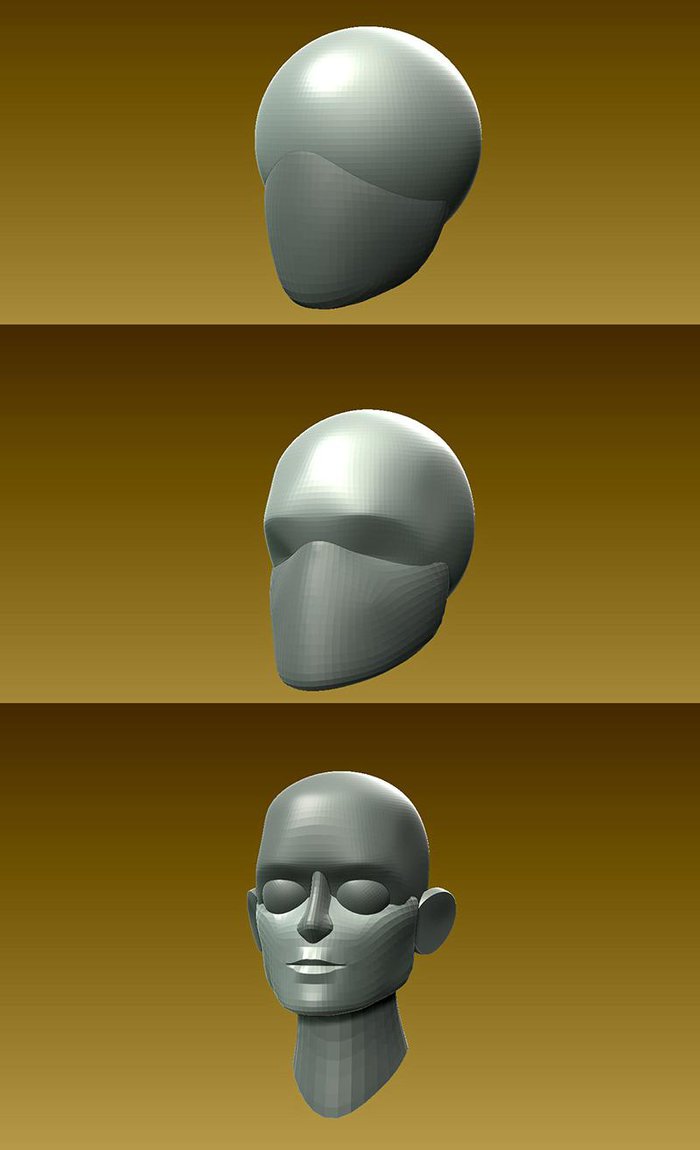 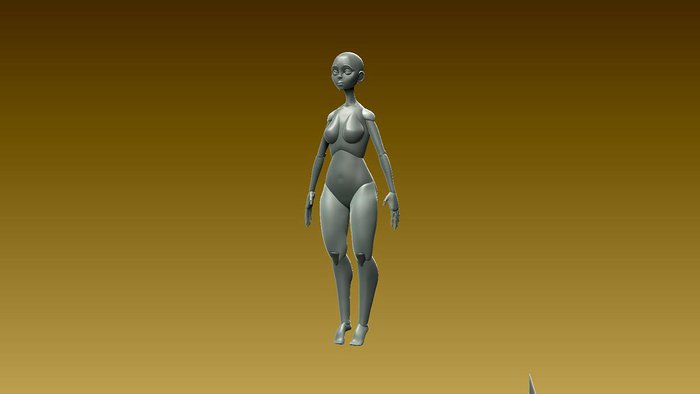 A quick female base mesh

At this point I referred back to the concept checking it against my model to make sure all the shapes were correct. Here I was looking for what I couldn't see in the concept and where they would be in 3D shape, e.g. what does her face look like straight on? The concept only shows it from a side view. I needed to be aware of the shape following the 2D while making sure it still looked good from a front view. Where you can sometimes cheat in 2D, you really can't get away with in 3D. In the concept her neck was described with broad strokes, but for the 3D I needed it to be more anatomically correct and to give her neck structure. I was conscious that it still read with the same shape language as the concept and that her neck worked anatomically, while still fitting to the simplistic style. Once I had all these shapes in place, I had a good sense of the character's personality. 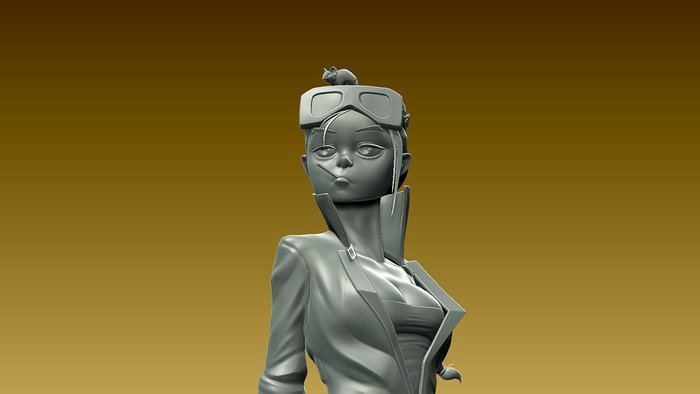 The character's face works from the front

At this stage I wanted the whole mesh to be one, but I also keep it in parts for posing, so I merged the visible (SubTool > Merge) which put everything together in a new tool. I then applied DynaMesh to the merged basemesh and then ZRemesher; this allowed me to use this mesh for masking and extracting the character's clothing. When I extracted the clothing the first thing I did was to isolate the inner faces that were closest to the basemesh's surface. I then deleted the hidden faces and flipped the normal of what was remaining so it faced outwards; this often needs to be inflated so it's not inside the model. This left me with a one sided mesh that I ZRemeshed as low as possible which helps with getting the correct shape. Using the ZModeler brush I extruded out the thickness of the cloth and added in the support edges for when I subdivide. At this stage I also added in the hair using the Insert Sphere brush and pulled it around with the Move brush, followed by some ZRemeshing. 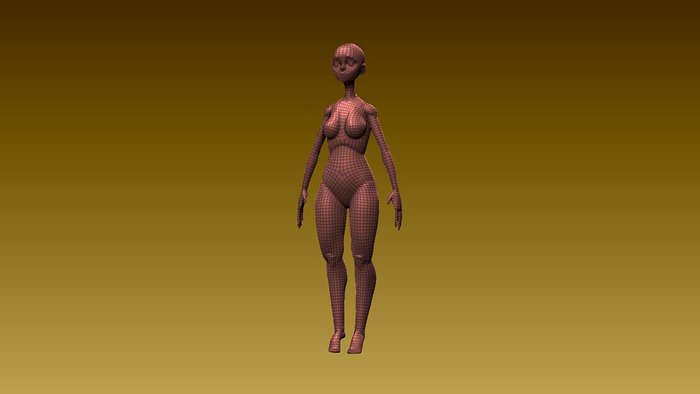 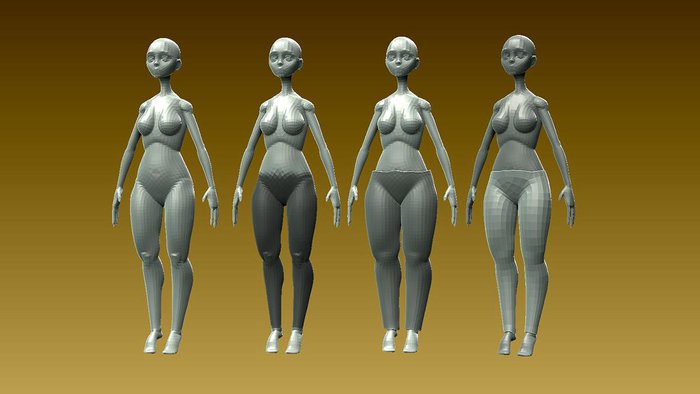 Making the clothing from the basemesh 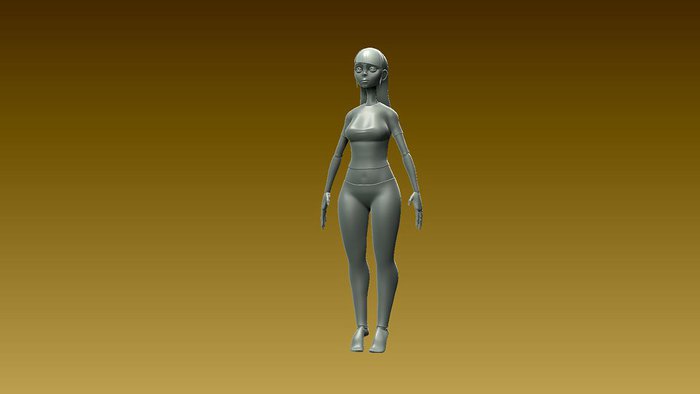 Basic clothing and hair on the model

Step 4: Refining the model and posing

This step took the longest! With all the elements of the model sculpted I needed to add all the details and made sure the whole thing read well. I checked all the curves to make sure there are no parallel forms etc. Next I posed the model, I felt a subtle pose would be best rather than a really dynamic one, also I thought she would be on a ship. Posing the model was quite easy because I had all the parts on separate SubTools; I simply moved around the SubTools to get the look I wanted. I then DynaMeshed all the parts to get a single piece, such as meshing the fingers on to the hands, and the hands on to the arms. I followed this up with some smoothing and minor corrections where needed. I modeled a very simple stage for her to stand on to add to the narrative of the piece. 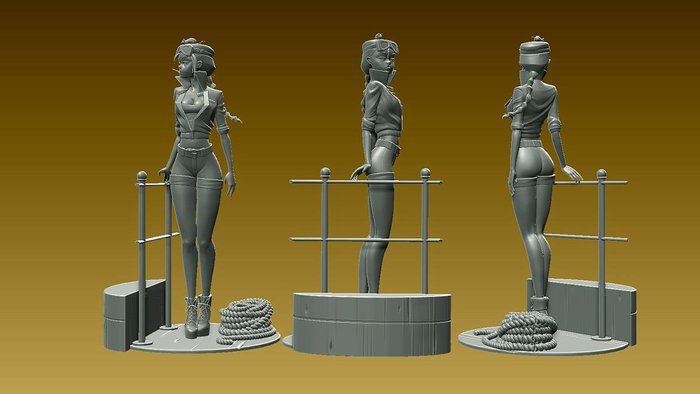 Once I was happy and ready to move on to rendering I used the Merge Visible option to avoid having SubTools with the same name because preprocessing for decimation sends out an error message if any names are the same. I decimated the model as low as possible without the triangles becoming visible; this allows Maya to handle it better so the lower I could get it the better, as I was going to be making a lot of little tweaks and changes when moving lights around and changing the shaders and I really didn't want to have to sit around and wait every time I changed something! When going into Maya, I use a file called Render room that I import my models into to change my lights and shaders. 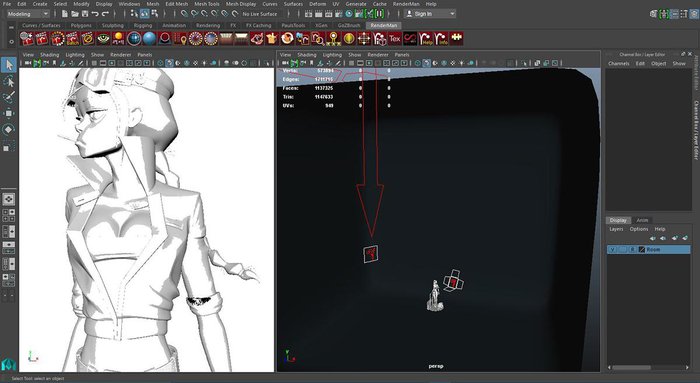 The decimated model in Maya

Once the model was in Maya I needed to scale it and start setting up my render. I used a simple three light set up within a cube. I flipped the normal on the cube and in the settings turned off cast shadows so I could place the lights outside of it, which would still shine through the cube. I had one area light; I didn't use a spherical area light but rather a large rectangular light to get a nice soft lighting from one direction. Then I added a warm primary light and a cold back light to complement each other. I set the box color with the bounced light in mind as this needed to work with the color of the lights and also the feel of the character. I went with a bright and lively background as I imagined her on a ship at the sea, and then for the full body render I imagined the same thing but at night. Once all the lighting was sorted I took it all into Photoshop to make a few final value and color tweaks, and with that I was finished. 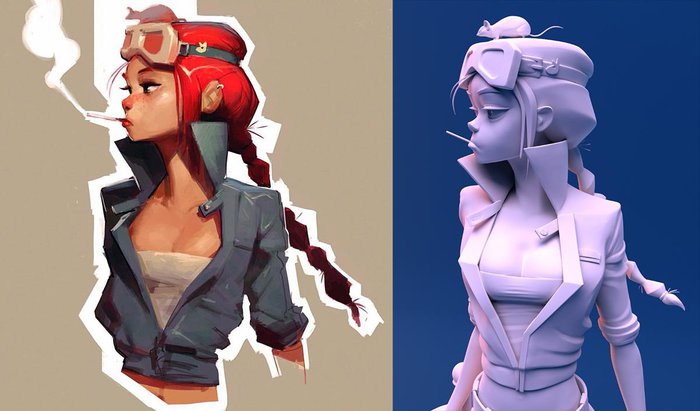 The finished sculpt next to the original concept by Samuel Youn

To see more of Paul's work check out his portfolio

Submit your work to 3dtotal

Have a rummage through our free textures