The Making of “Who we really are”

Claudio Rodriguez Valdes takes us back to our childhood with his image Who We Really Are. He explains his painting process from the first designs to the finished piece in this Making Of. 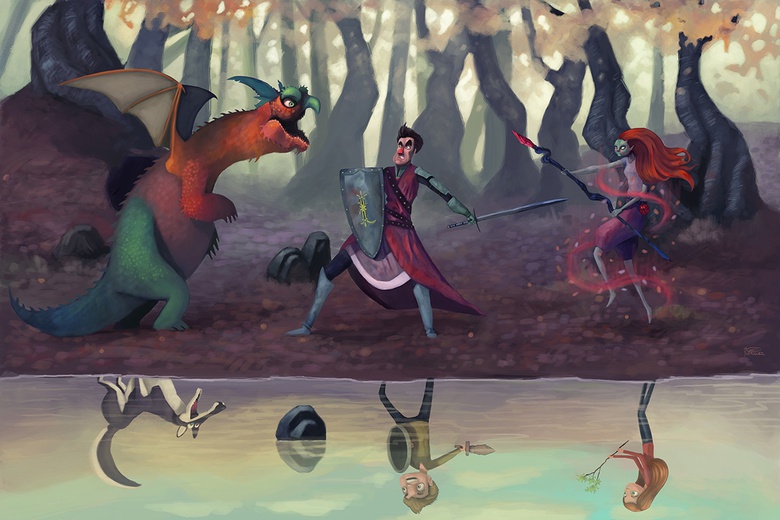 Claudio Rodriguez Valdes takes us back to our childhood with his image Who We Really Are. He explains his painting process from the first designs to the finished piece in this Making Of.

Here I am going to try to explain my painting process from the first designs to the finished piece.
This image was a commissioned piece, which usually means that it took me a little longer, as decisions were not only mine to make.

This image is trying to portray our childhood and how incredible our imagination used to be. In a way it's a reminder to hold on to the inner-child that's in us all.

Before I begin an illustration and start to draw my characters, I normally like to get to know them a bit by writing or thinking a bit about their background and what they are like. This is a great way to make the characters believable and help my creative process.

My initial sketches can be seen in Fig.01; characters rarely stay the same throughout the illustration, as I normally modify them while painting. I think it is really important to have a basic character concept before you start painting. 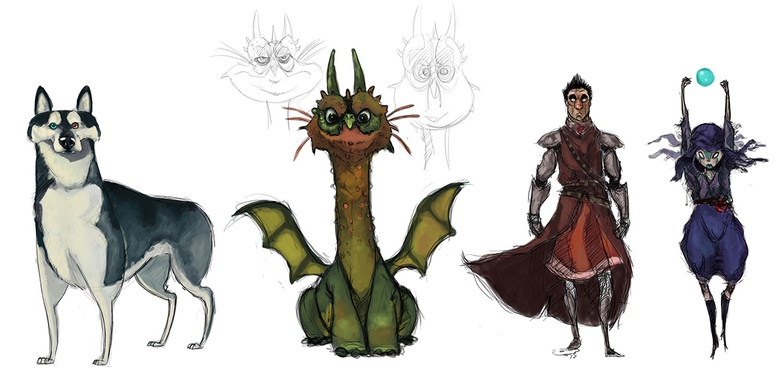 I give little thought to the color palette at this point; I just want to have something to come back to in order to review my shapes and ideas.

Once I have decided on the characters, I start thinking about layout and composition. Fortunately most art directors know a lot more than I do and can point out composition mistakes, unfortunately there are times when I don't agree with them, but I still have to do what they say.

As you can see in my first concept (Fig.02), I was trying to focus much more on the imaginary part of the illustration and the dragon was the center of attention, as in my opinion he was the best designed character. 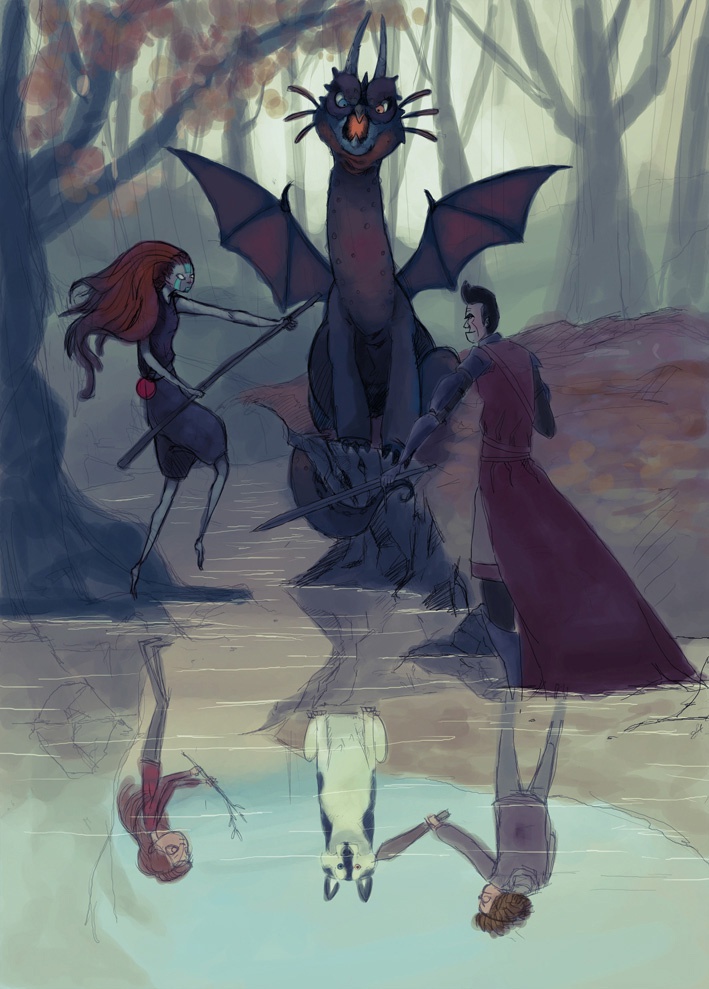 After making some corrections I completely changed the layout, which you can see in Fig.03. 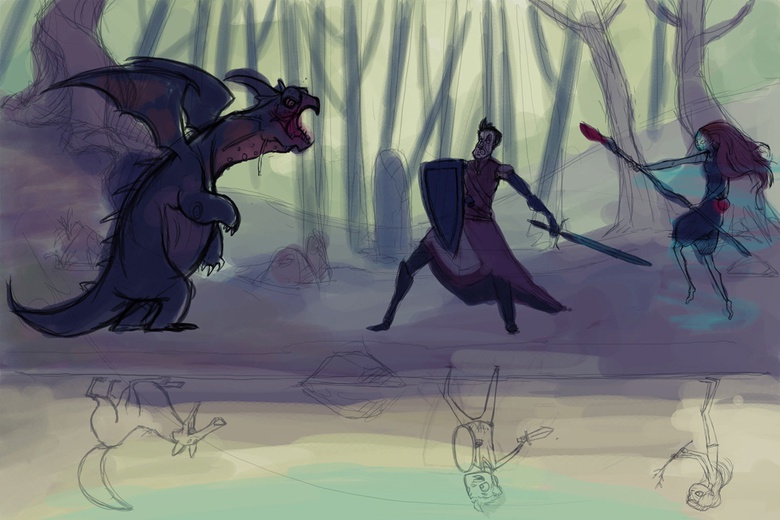 My second concept focuses more on the story and shows all my characters to be in equal in importance, which ultimately is what my art director wanted.

At this stage I also start thinking about color and lighting, I decide where my light is coming from and what type of mood I want the illustration to have. I am much happier now as I start to paint, which is really what I enjoy the most.

Before actually blocking in some of the colors, I make another layer under the sketch and start blocking in my character using a regular Round Brush, with a really dark color. I paint the background in with one or two colors that will guide my color palette throughout the illustration.

I have the terrible habit of avoiding the image as a whole in my first stages of the painting. I like to have at least one part almost finished before I even start considering all the other aspects of the illustration.

Having character which is almost finished helps me feel as if progress is being made and also allows me to see how light is behaving, but it can also cause many problems later in the painting, as it is very possible I might need to change or repaint that whole character, which probably takes me a couple of hours.

I tend to detail my characters whilst the background is just blocked in with a few colours, this is illustrated in Fig.04-05. 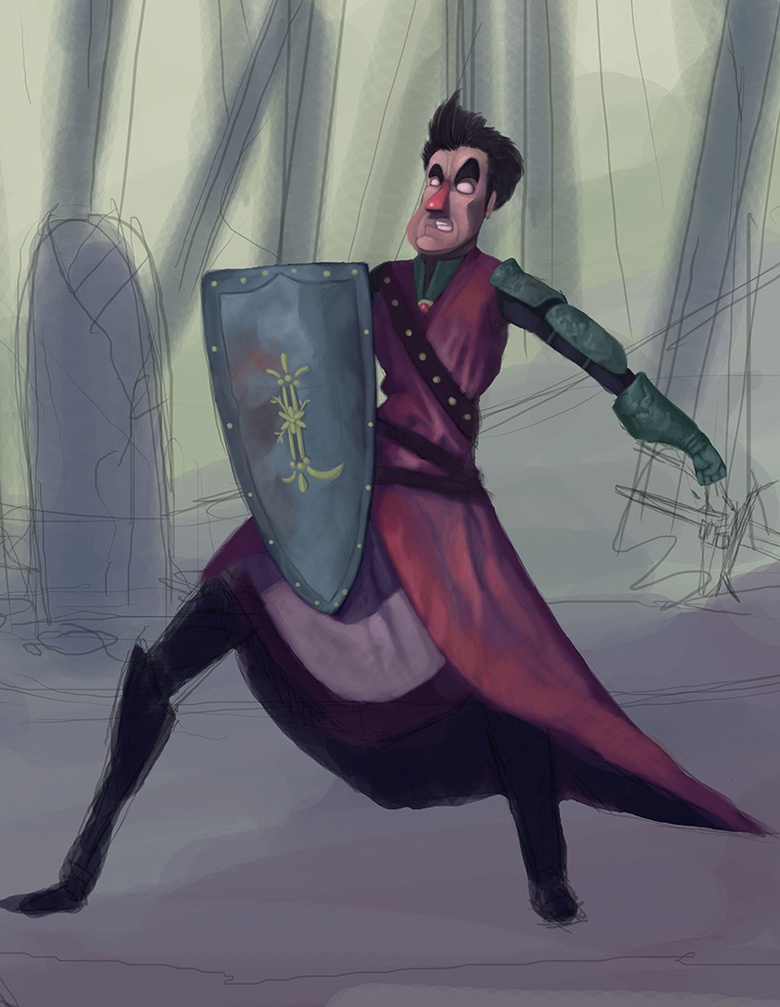 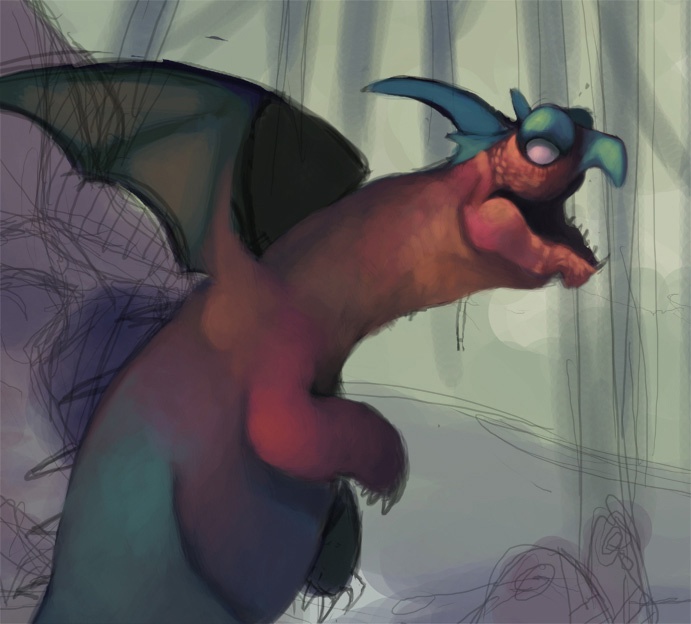 I believe details are an important element in an illustration, especially when they can be appreciated after only looking at the image for a few moments.

When I have almost completed my three main characters (Fig.06), I feel that the image is heading in the right direction and the end result will look good. I find that there is always a point during the process of creating an image when I feel that is going to end up how I want it to. 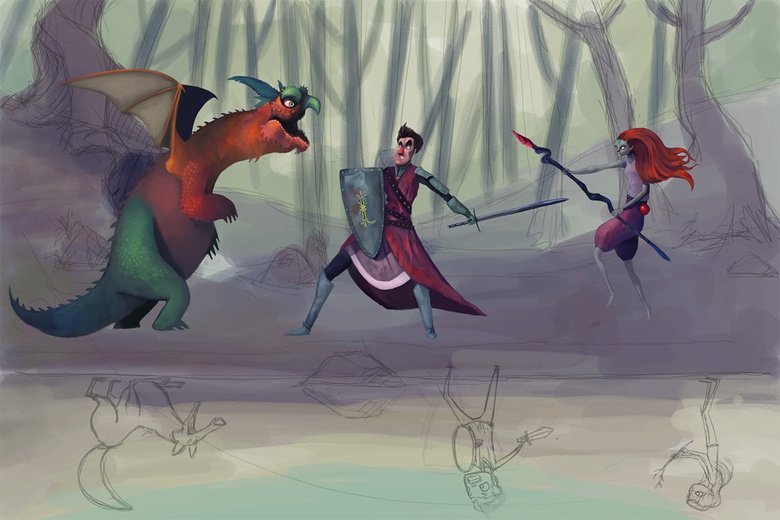 I start changing the background in a way that will enhance my main characters and story; I change some colors and make some others brighter until I am happy with the result.

Finally I add as many details here and there as time allows, from dead leaves to flowers, water reflections and hair etc (Fig.07). 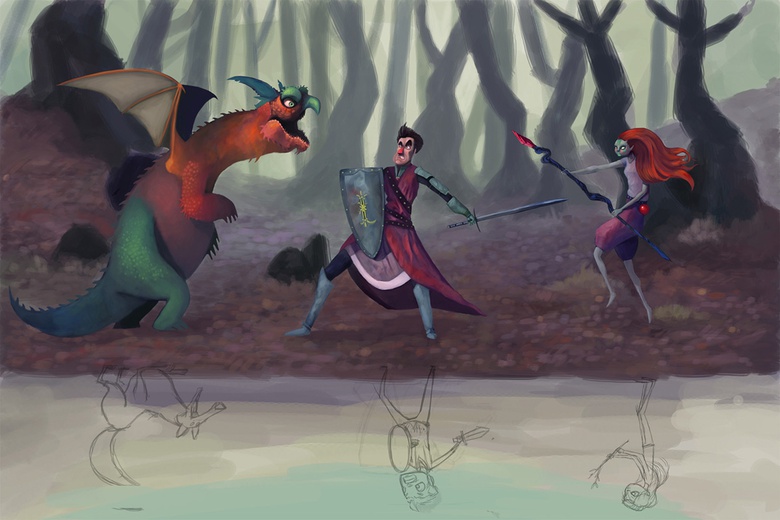 I end up by boosting some of my colors, shadows and light points. I do this by going to Image-Adjustments-Curves. I boost my darkest darks and my lightest lights, and then I do the same with the Red, Green and Blue channel (Fig.08). 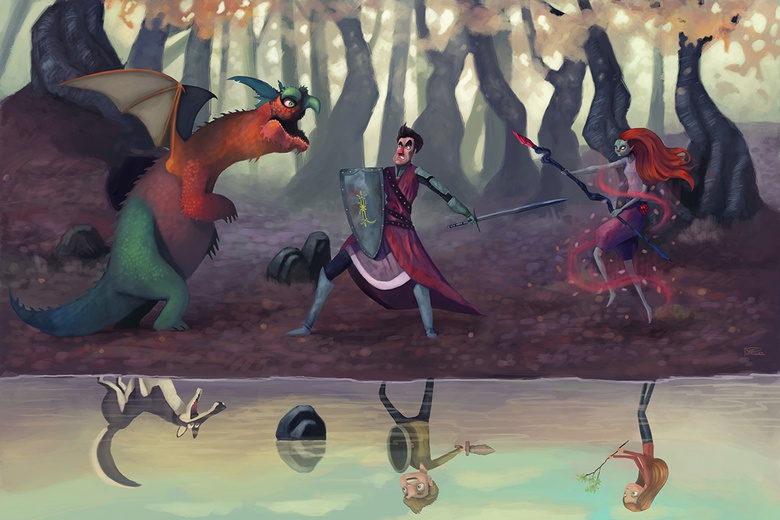