The making of 'Warcraft character' by Alfonso Coppola 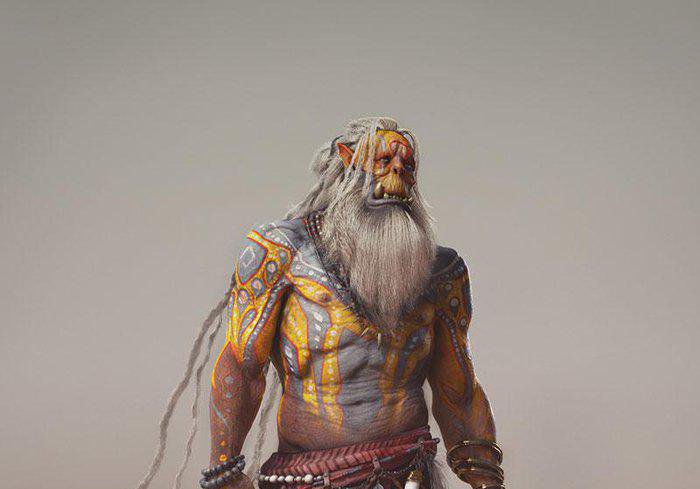 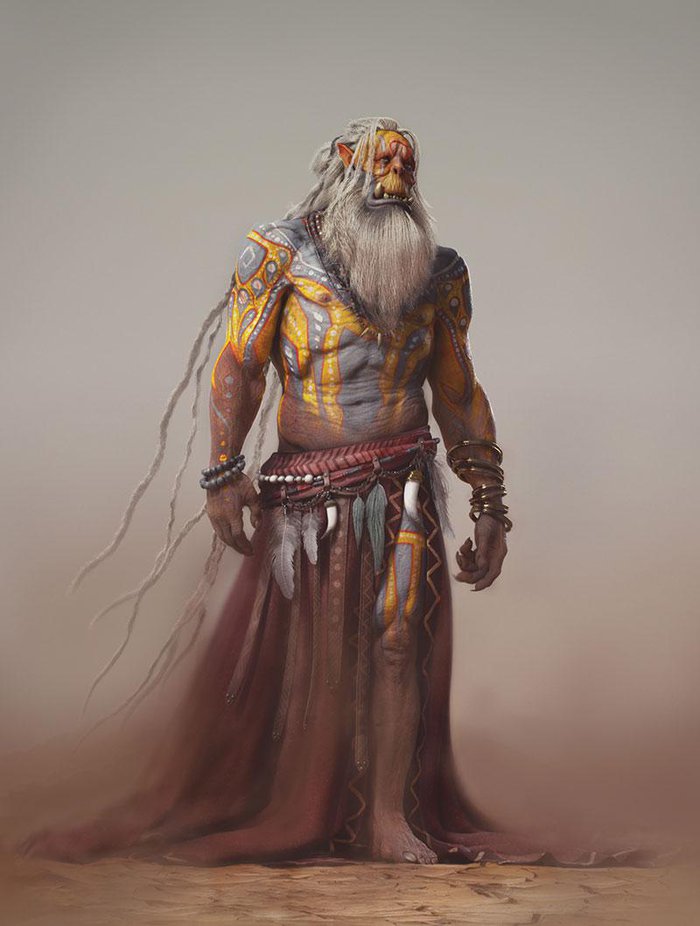 Alfonso Coppola shows the process he went through to recreate Wei Wang's "Warcraft" character concept in 3D, with ZBrush, Maya, and Mudbox...

I created this character for the "Rainbow Academy" contest. The main goal was to recreate a character related to the Blizzard world. Wei Wang has always inspired me with his gorgeous concept art. The creation of this character has been an amazing challenge that lead me to improve my sculpting and texturing skills, learning more about anatomy and speeding up my workflow for ZBrush and Mudbox.

First of all at the beginning of this project, I spent time researching good references because it is the most important part of every work. Beginning without references won't help to get the appropriate result you're looking for. I mostly used Pinterest and Google images. 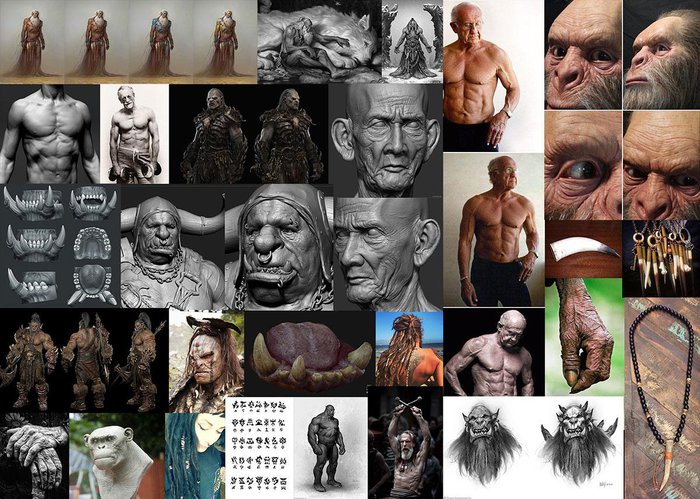 My first move was recreating the body and to do this, I used Dynamesh to roughly establish the overall proportions. Usually, with every personal project I produce, I like to start from a sphere because thanks to this I have the chance to improve my sculpting skill. 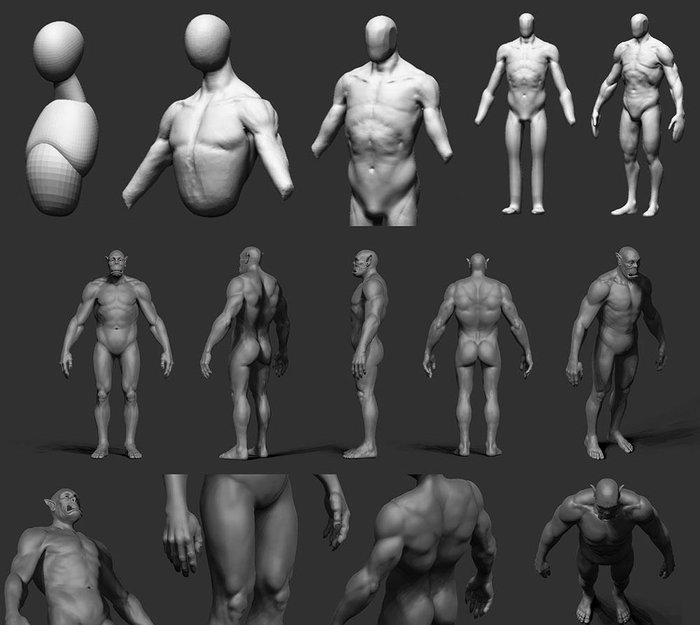 I moved into Marvelous Designe to roughly block out the clothes volume. Once I felt satisfied with the result, I used a couple of easy steps to export the mesh and import it into ZBrush. 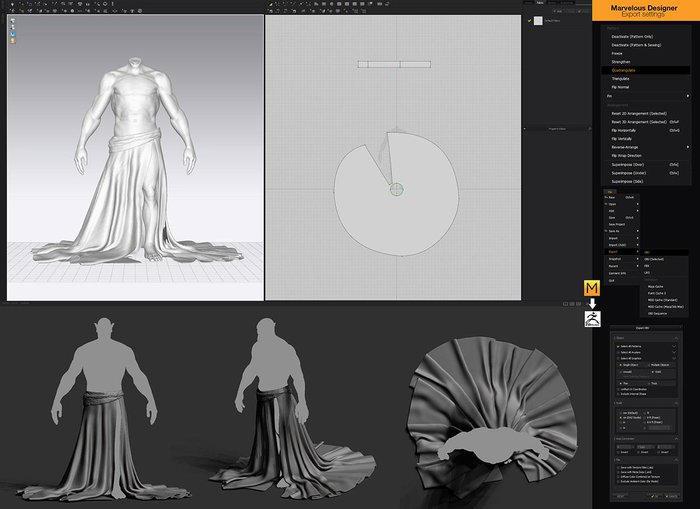 From Marvelous Designer to ZBrush

Now that the body and clothes have been blocked out, I started to add accessories and secondary shapes to the body. I used just a few simple brushes. While I was adding more shapes to the body I broke up the symmetry. Fibermesh helped me to rough out the idea for the beard. I also used different layers of Fibermesh to create the feathers. For the necklaces and similar accessories, I used "Instance Along Curve" which is a great handy free script from Maya. 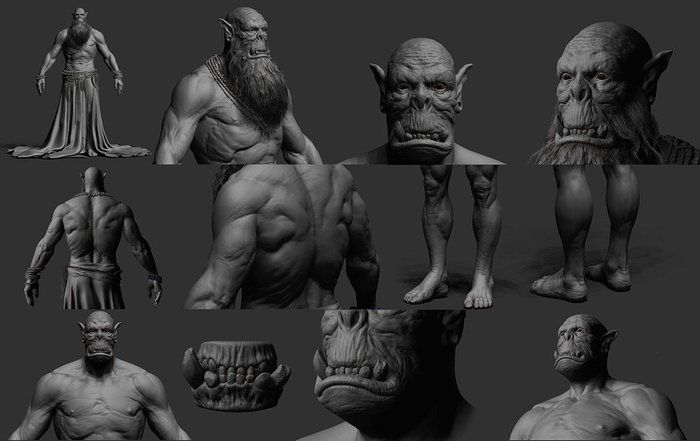 Simple steps on how to use "Instance along curve"

Since all major forms have been blocked out, I finally jumped to Maya for the retopology process. One more useful and free script I used during this process was Froretopo that could sound a bit old but it still works great for me. Using it, I made a basic geometry of the body, and talking about the edge flow I didn't add anything special, just a clean topology to help me get a nice UV later on. 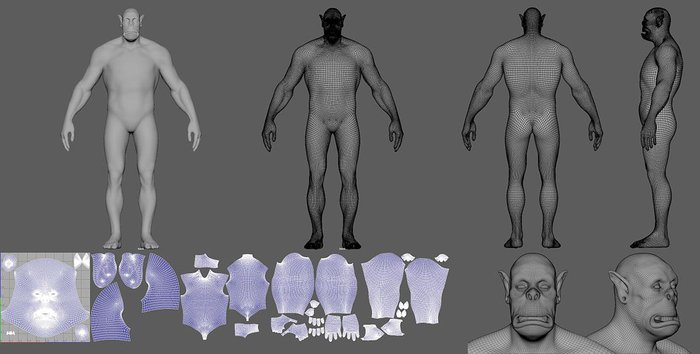 Finally everything is ready to pose and in this case, I used the Transpose Master in ZBrush to do this as it is a really powerful tool. 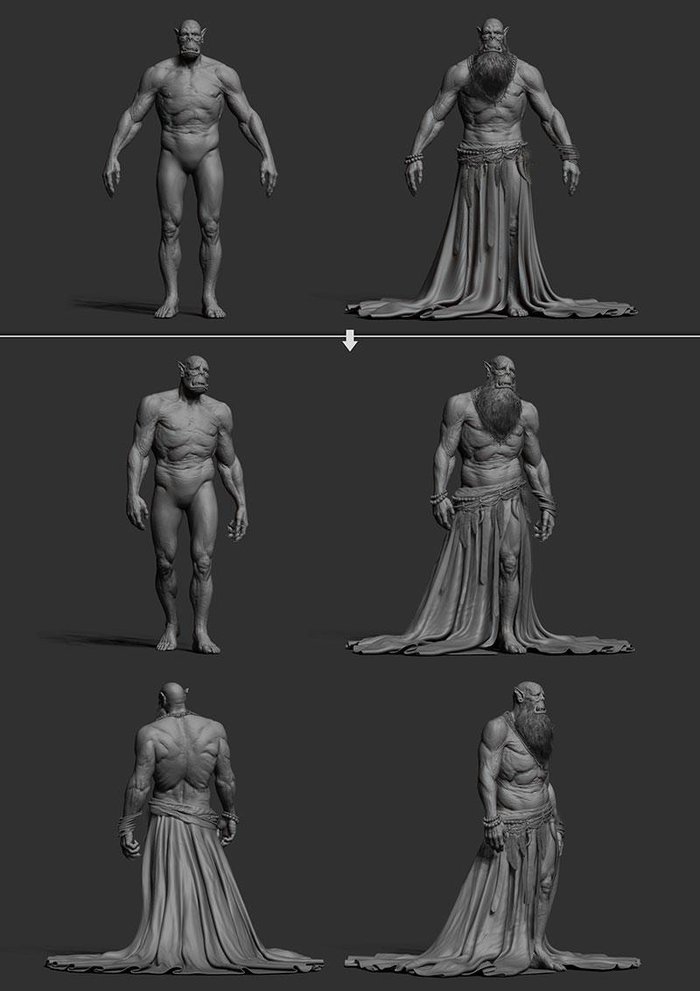 From A pose to final pose

I decided to paint my model directly in his final pose using Mudbox for the entire texturing process. I used the A pose in ZBrush instead to roughly recreate the tattoo sketch. To replicate the ZBrush sculpt in Mudbox, I choose the "sculpt using map" option, and thanks to this I was able to paint and add tertiary details to my model at the same time. 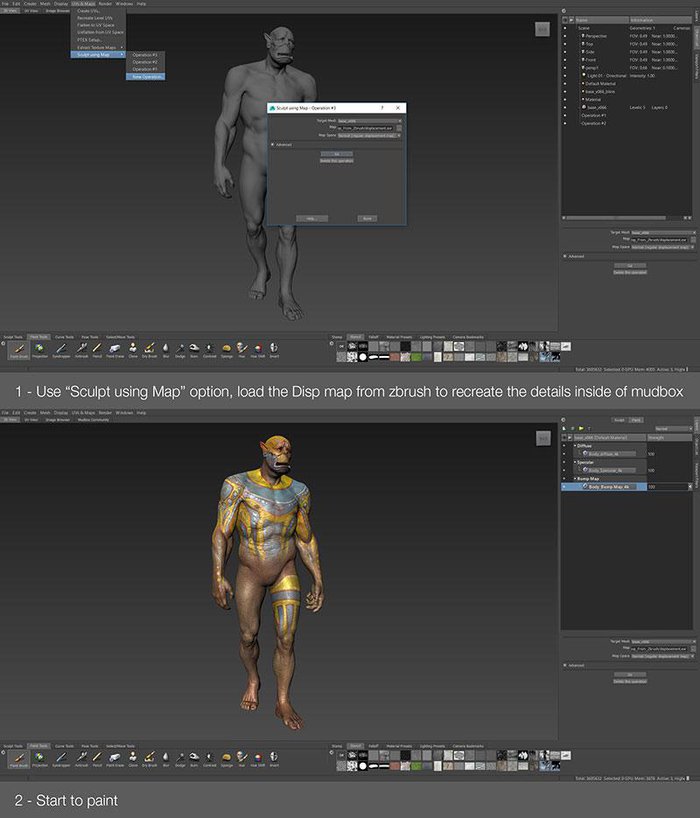 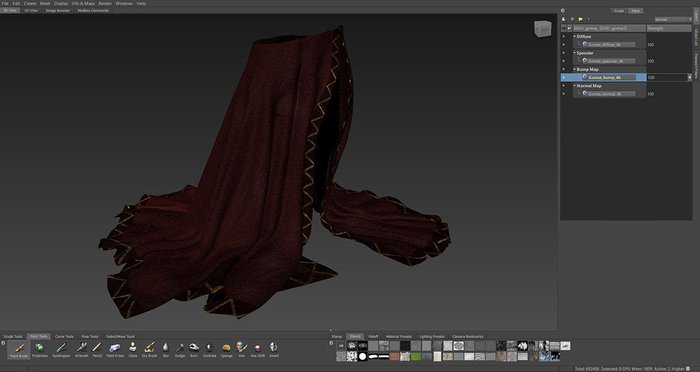 Everything is ready for rendering. I used Xgen for hairs and beard but unfortunately I had trouble with the Xgen version of Maya 2016 so, being honest, the final look of my model is not exactly what I expected at the beginning. The lights setup is pretty basic: just a Key, Rim and an HDRI image using Dome light. 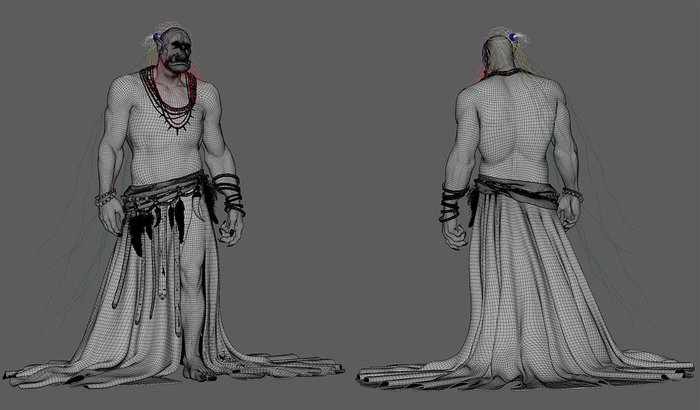 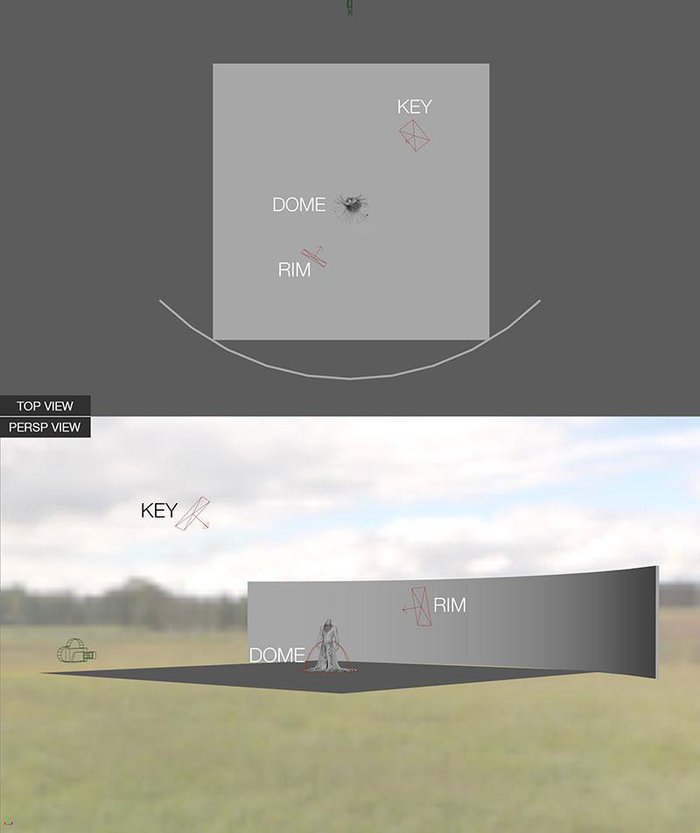 I used V-Ray to render out several passes. I always use this render pass setup to get more freedom and flexibility later on. At the very end, I used Photoshop for the composting process. As you can see below, I also recorded a breakdown video which sums up the entire creation process.