The making of Undead Bebop 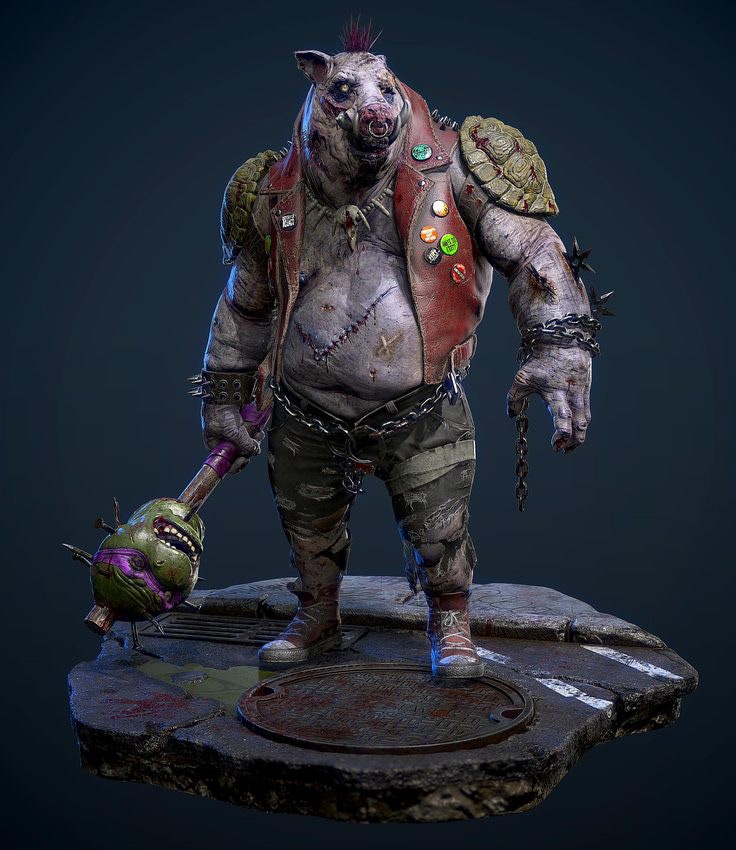 Self taught 3D artist, Vladimir Silkin shares how he made Undead Bebop
in 3ds Max...

Hi everyone! My name is Vladimir Silkin, and I'm a 3D artist at Plarium. In this making of I will tell you about how I made Undead Bebop, for the Comicon Challenge 2016. This year's theme is Night of the Super Unnatural Dead. I was quite excited about this competition as I am a massive zombie fan, I spent quite a bit of time deciding on what character to make.

I assumed that most of the other participants would probably make Batman, Superman, and X-men undead sculpts, but I wanted to come up with a different, charismatic character. My favorite comic and cartoon during the 1990s was Teenage Mutant Ninja Turtles (TMNT), and I have always liked Bebop and Rocksteady equally so it was a difficult decision on which one to pick. In the end I went for Bebop.

I imagined that the story behind his transformation into a zombie was a fight with the Ninja Turtles themselves. Only after his dramatic metamorphosis did he have the power to finally defeat the Ninja Turtles.

I spent some time researching how the character has been portrayed in different media. As all Turtles fans know, Bebop was a punk before he turned into a mutant warthog, and therefore it was crucial to convey the punk style of the 80s and 90s. So I also researched punks and punk lifestyle. I put all this research together in a quick concept. 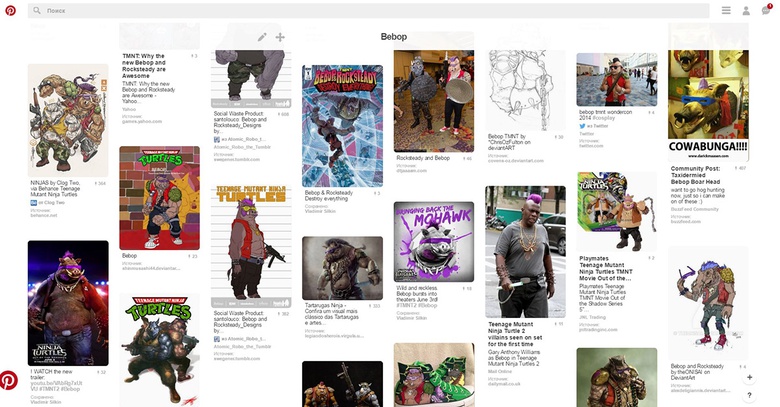 To begin with, I made a quick 3D concept draft in ZBrush using DynaMesh. I roughly blocked out the basic shape of the torso and his head. 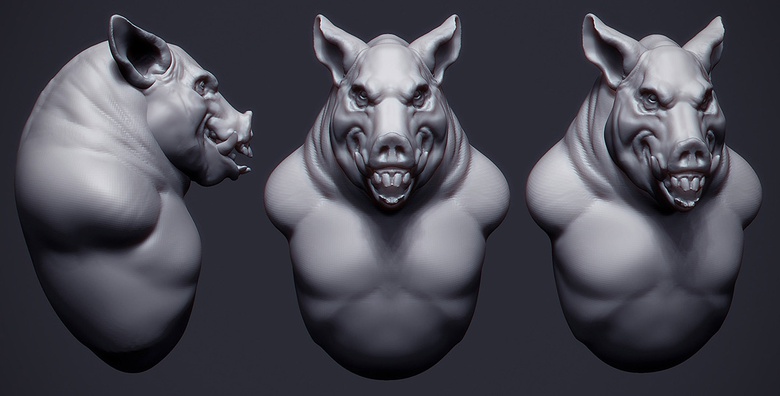 I originally wanted Bebop to look like a menacing hog, but soon decided to keep searching for better references, until I finally settled on something closer resembling a boar. I decided to go with head A. 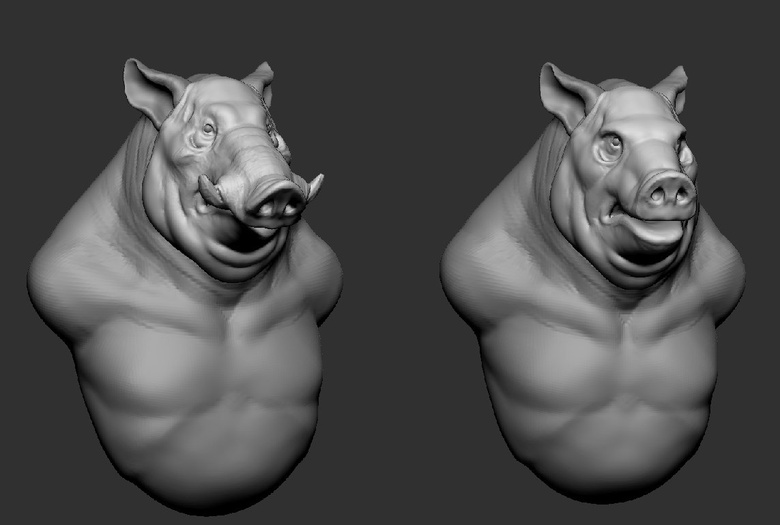 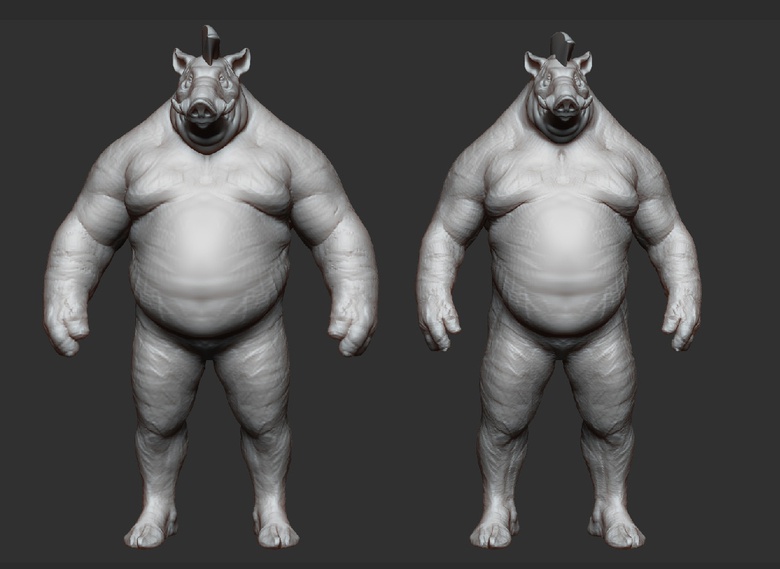 This is a short time-lapse video of the sculpting process

After I had created the first 3D model, I did a quick sketch on top of the model to get an idea of what the character would look like when I was finally finished. I originally planned to dress Bebop in a puffer jacket but quickly abandoned this idea in favor of an authentic punk leather vest. 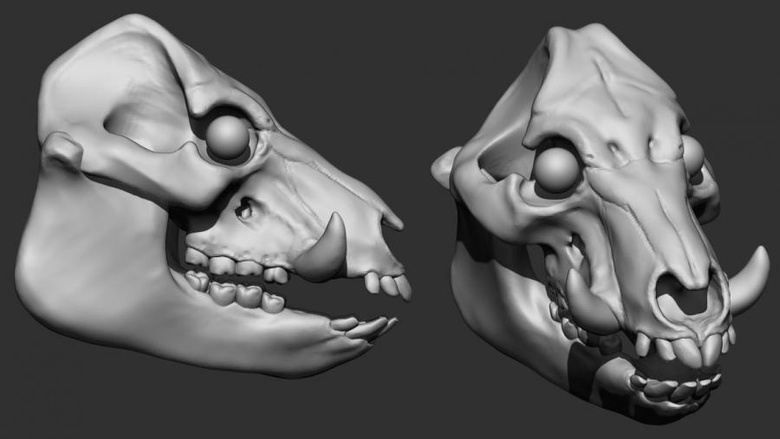 After that, I sculpted the head itself. Unfortunately the end result wasn't exactly what I was looking for, so I needed to make a few changes. 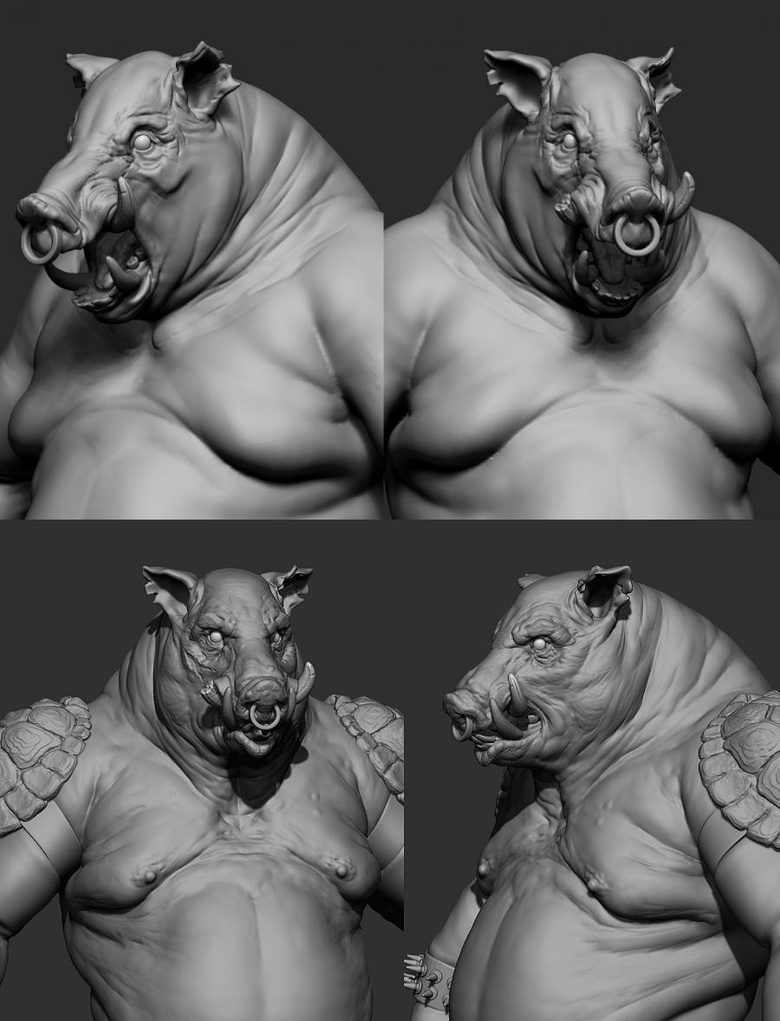 Frustrated, I decided to make head again, almost from scratch. I made the snout shorter, changed the position of the eyes and modified the face shape. When this was finished, I was left with something part human, part hog, and part boar. As the face had turned out more or less symmetrical, I chose to bring a couple of asymmetric aspects into it, which is how Bebop lost his left ear and acquired a hefty shiner with sores around his left eye. I also added some cuts and scratches to improve the overall effect. 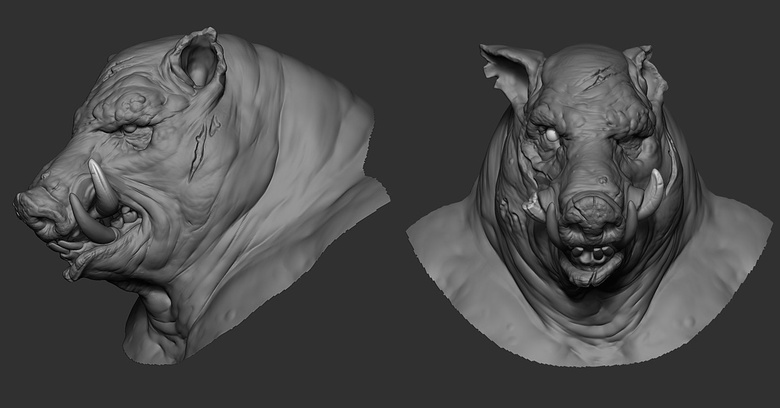 At the start of my project, I was determined not to make a typical zombie with torn-off limbs. Instead, I tried to achieve the zombie effect through adding wounds, bruises, torn clothes, and a range of different post-apocalyptic accessories. I also added Raphael's sai - which is stuck in Bebop's back - and covered his arms with shurikens. 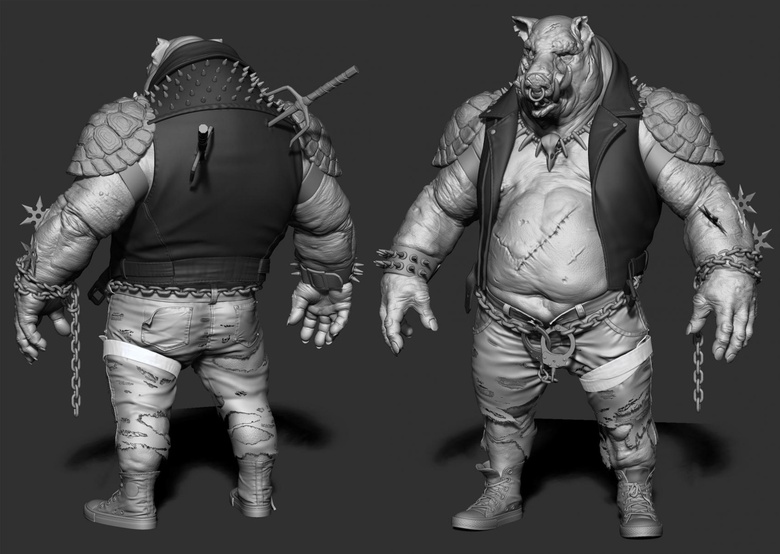 Finally, to add one last flourish, I depicted Donatello's head on top of the club. Chains, badges and spikes are features that make the punk style recognizable, and I simply couldn't leave these out. For this project, I decided to make the chains in 3ds Max using the PathDeform and Spline functions. I modeled the handcuffs using TurboSmooth. The leather vest was also made in 3ds Max, but the folds and other details were extruded with ZBrush. Bebop's weapons and accessories were made in 3ds Max as well: 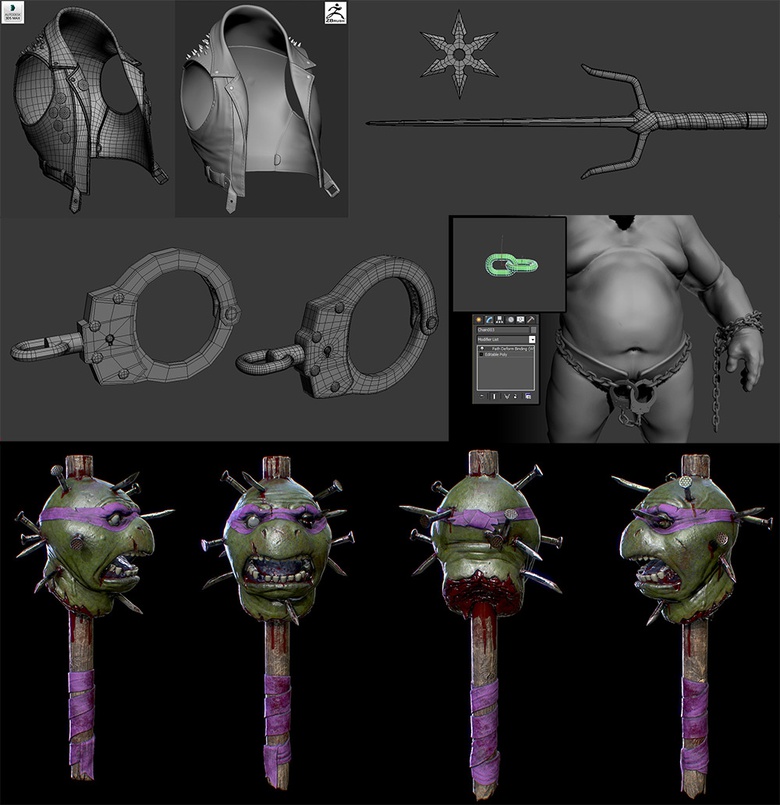 To make his leather jacket more "punky" I added spikes to the shoulders. I created one spike and applied UV mapping to it. Then I copied this spike and placed them all over the surface using the Select and Move tools. 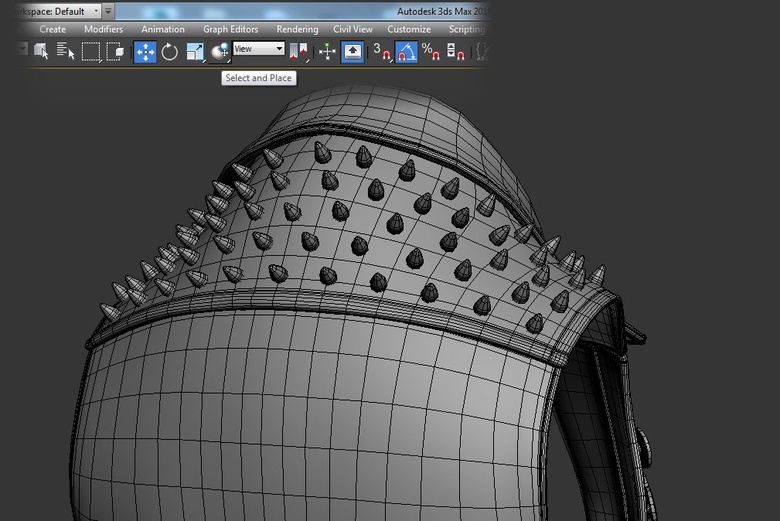 Following this, I resurfaced the body using standard graphite modeling tools in 3ds Max. I used 3ds Max and a ZBrush plug-in called UV Master in order to create the texture coordinates. According to the Comicon Contest guidelines, the number of textures and maps is unlimited, so I wasn't aiming to put all of the UVs on a single texture

The majority of the texturing was made using Substance Painter. I used to work in Mudbox, but Substance Painter allows me to work a lot faster, it is a very efficient tool. Actually, the only thing I used Mudbox for in this project was to create the opacity map for Bebop's pants. Working in Substance, I used some standard smart materials and used these as a basis to gradually add new layers with details such as mud and dust. The built-in masks and generators help a lot with this, but you need to use them sparingly, otherwise you may affect the model. 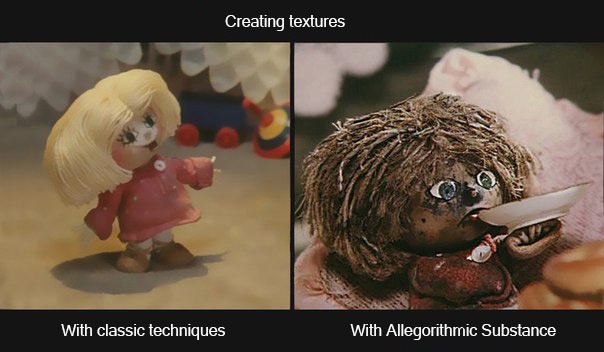 The next image shows before and after the texturing process. 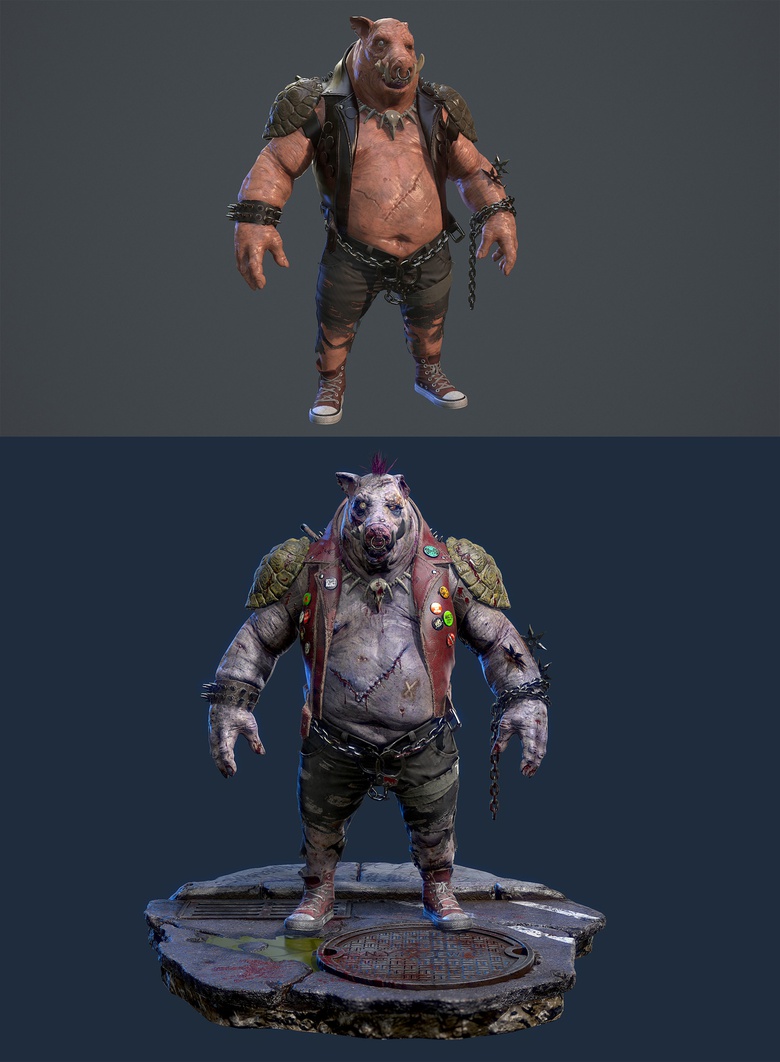 To improve the cuts and scars, I first had to extrude them in ZBrush and then implement a Normal map bake. After this, I switched to Substance Painter and added a dark-red fill-up layer with a higher reflectivity value and a low height value. After that, I introduced some random bruises manually.

After I had finished applying the textures, I exported all the maps I had created in PBR Spec Gloss in order to use them in Marmoset Toolbag 2. When creating a texture it's very important to keep the Roughness map non-uniform and to create contrasts in reflectivity. This leads to the correct balance between glossy and matt surfaces. In Bebop's case, the clothing material absorbs and diffuses light, which is why Roughness for the material is set to 1.0 while the metal surfaces have 0.1 Roughness. The advantage of Substance Painter is that when you make textures in it, you can adjust their parameters in real time and see the result immediately. I implemented rigging using a simple Biped in 3ds Max. After that I put my character in a pose and exported the result as an .obj file. 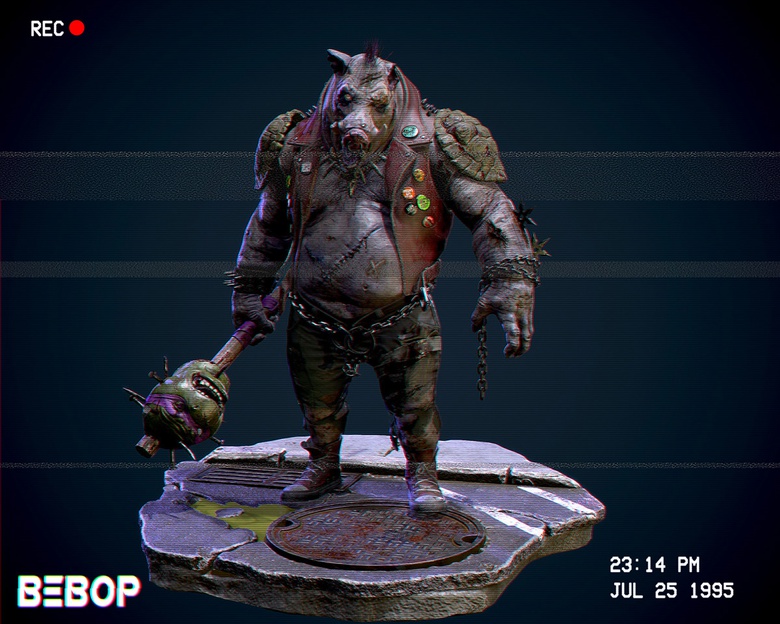 I used Marmoset Toolbag 2 for rendering as well as HDR with muted brightness and additional sources of light. As a final step, I also rendered the character's turntable, Bebop had been reborn! 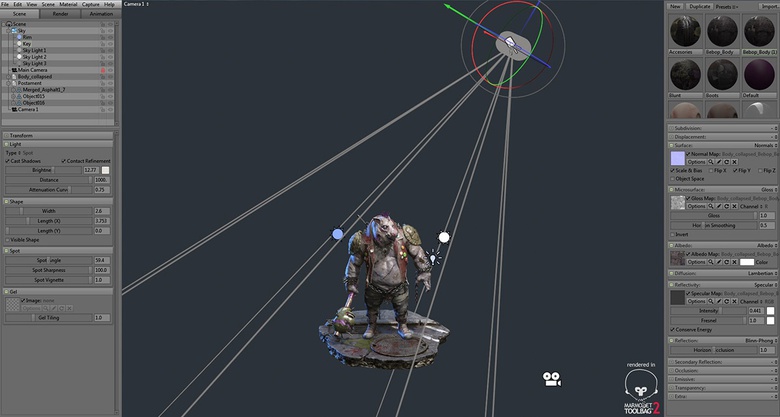 Thanks for reading my article! I'm very honored to have shared my experience with you and to have shown you my works. Your feedback is, as always, greatly appreciated. 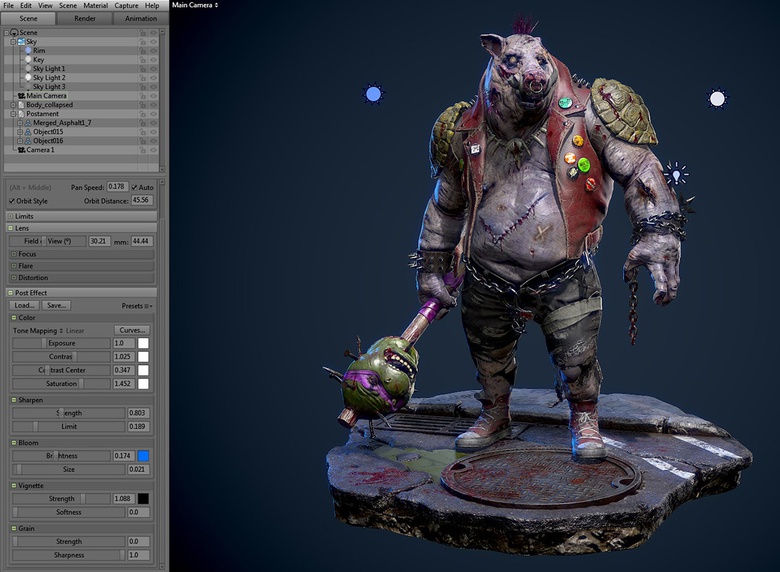