I had thought of a concept of future mankind in a cage-like surrounding environment. This scene gave me a motive to think about a certain image for different creatures of the future. 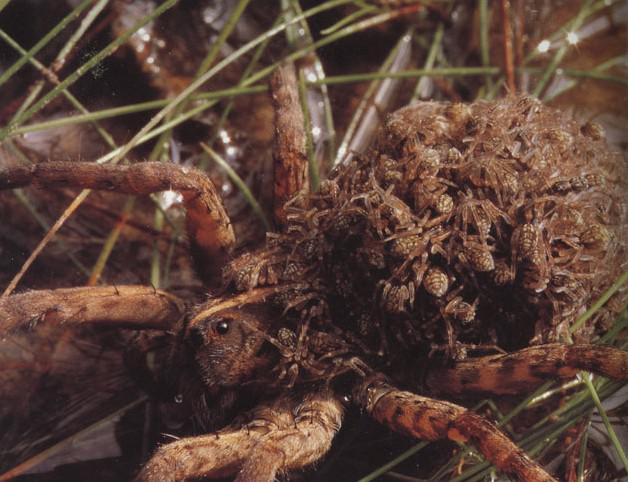 How do you change future mankind and its creatures? Mankind will change rightfully through science. In the long run mankind will unite with science naturally as we are living with the aid of science right now. If we put an earphone into our ear and listen to music, we experience the hearing of sound. As time passes, science may be consulted for more help. So, future humans will become living things that evolve over time. There will be a marriage of science and nature that someday will be received without rejection, even if is intolerable now...As future mankind evolves and is renewed by science, living things will evolve scientifically. Robot fish, robot seaweeds...these are such things that are a step away now. However, other living things may be extinguished by the force of science after a long time, if change occurs like this. The spider is a very suitable vehicle to express these concepts. Also, I joined this example with an element, expressing the image of the baby spider which comes out through the mother's body to become a changed concept. People nowadays can understand new styles and so the feeling and form of the spider seemed suitable somehow. Geometric shapes can be used to portray science as they are symmetrical and indicative of the intellect. Simple geometric forms however can be combined to create a more natural look. This is reflected by the spider when the geometrical impression occurs. The contrast is strong and I have made an even more persuasive image using comparative colour. 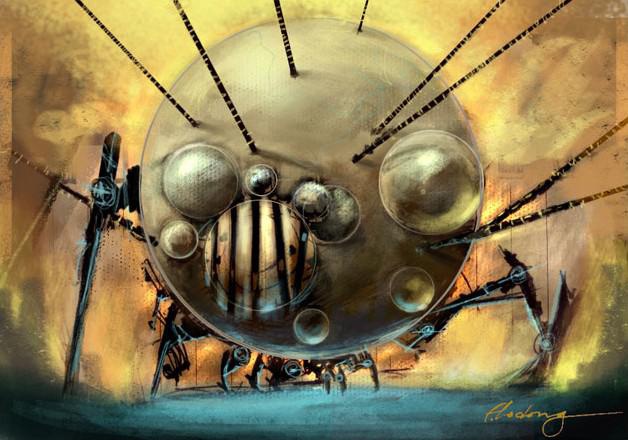 There was no special modelling method I used to state the sequence of Boolean, merge shape, FFD Box, loft. Because there were many geometrical matrices, I could make it easily. I began work with a basic form that was modelled easily.

The basic sphere (Fig 1) is given a thickness, using a shell modifier. I created a mechanical look on the boxes that make up the background and arranged them randomly to make the backdrop (Fig 2). 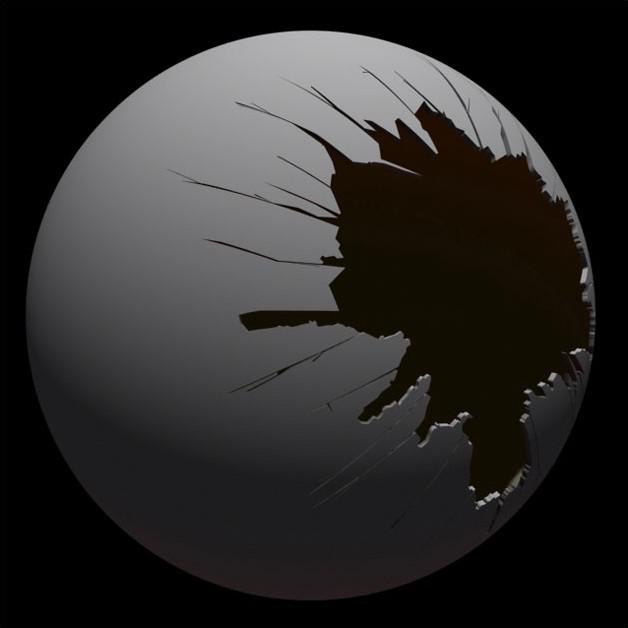 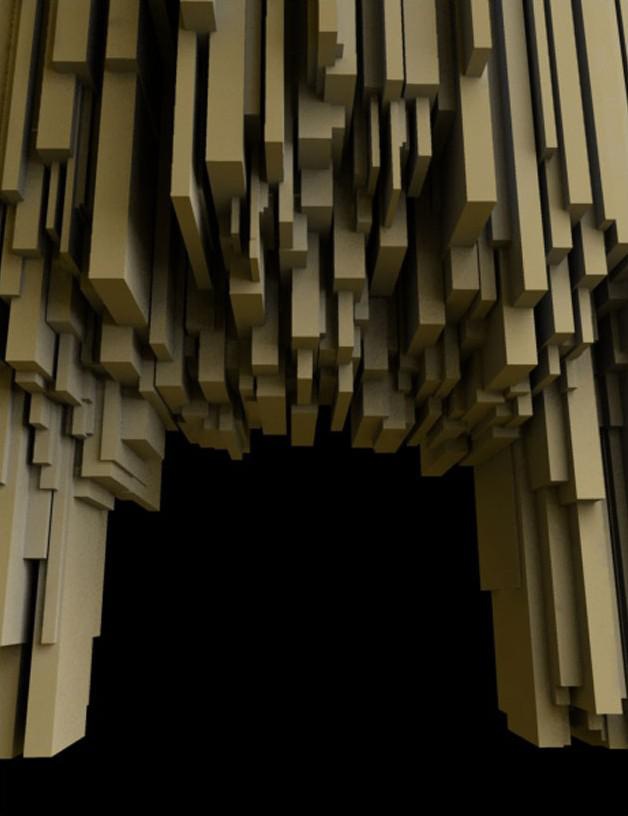 I created a vertical and horizontal quality in the background but altered the angle to create more drama (Fig 3). The modelling of the baby spider was similar to the mother in order to maintain a unity. I made the shank by the loft's scale control (Fig 4). 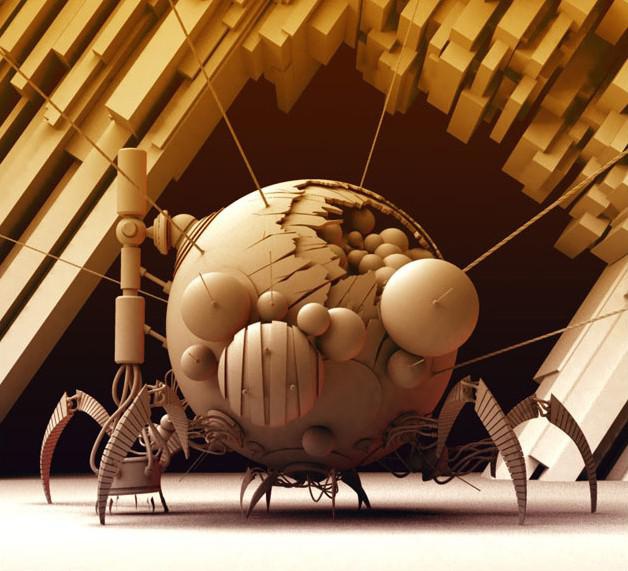 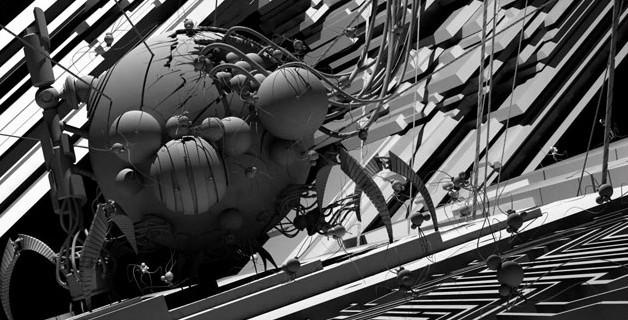 I was not going to make everything in 3D, rather just some of the elements. I judged that modified elements in 2D can be just as effective in the final render. The colour or atmospheric effect, strength and weakness of light etc...can be achieved in Photoshop. Mapping or lighting was done in Max. I used a different and contrasting quality material for the mother spider compared to the baby spider for a clearer image. I expressed a feeling of discrete light and contrast of parts partly by project lighting and I used Brazil Renders GI for a contrast that was rich in depth. 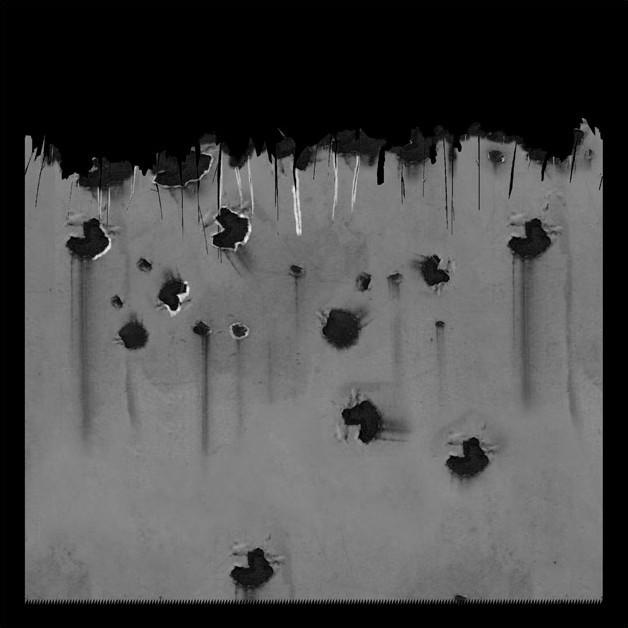 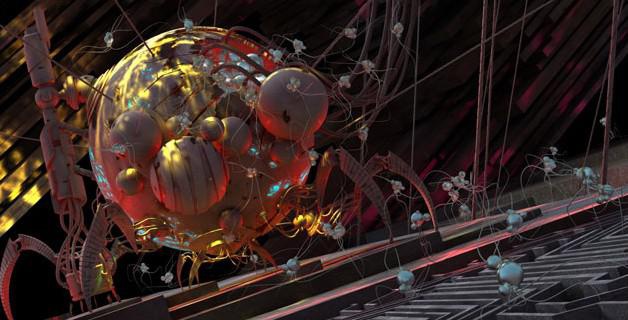 It changed from a simple composition to a Dynamic composition. As a result, it is more dynamic than a horizon composition and among the living things that move, kith and kit seem to have formed. I could re-arrange objects, as it is fun making changes to the dynamic composition because a lot of objects were made quickly, and arranging them properly enriches the image. 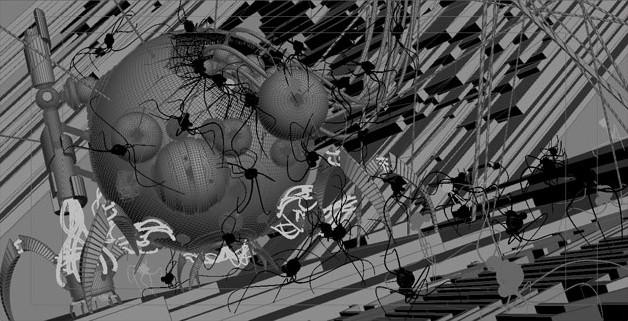 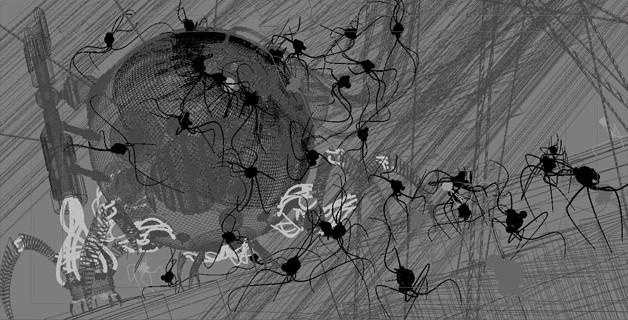 Most of this was done in Photoshop. The whole was divided, layer by layer, baby spider, mother spider, floor, background, atmosphere effect, and lighting effect.

I composed other colour tones for the baby and mother spider division. I made whole new colour overlays that helped unify the image and add a strong contrast. I created a high chroma which added a dynamic value. I used much curve and colour balance, mainly in Photoshop. The lighting effect and gas effect were done using layer blending in Photoshop. My work style involves making everything in 3D, and then making multiple images, separating them into layers, and completing it in Photoshop. 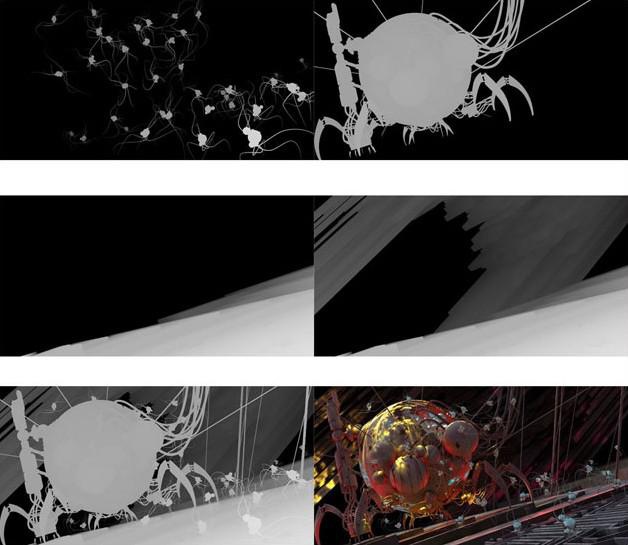 I could modify the style of this work and alter the colour scheme somewhat. I may also make some extra elements, and develop the concept behind this piece of work 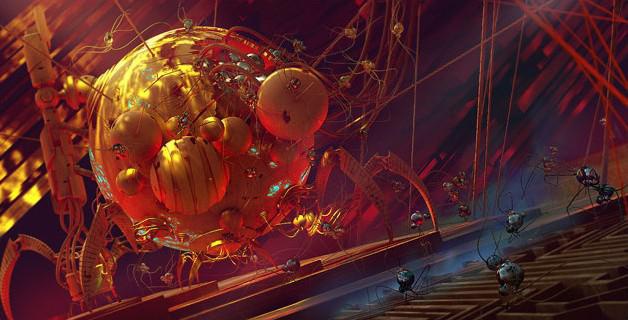