This particular scene was made as a base for an environmental lighting tutorial which ran for six months in 3D Creative magazine and is currently for sale as an eBook on the 3D Total website across a multitude of platforms.

The scene was to be lit under six different conditions ranging from natural light and sunset, to moonlight, candlelight and even an underwater version.

This particular article will focus on part one: Sunny Afternoon.

The idea behind the tutorial was to have at least two separate areas through which sun or moonlight could illuminate the interior - in this case a window and porthole and the principal light source which was to filter through a ceiling exit onto the upper deck (Fig.01). 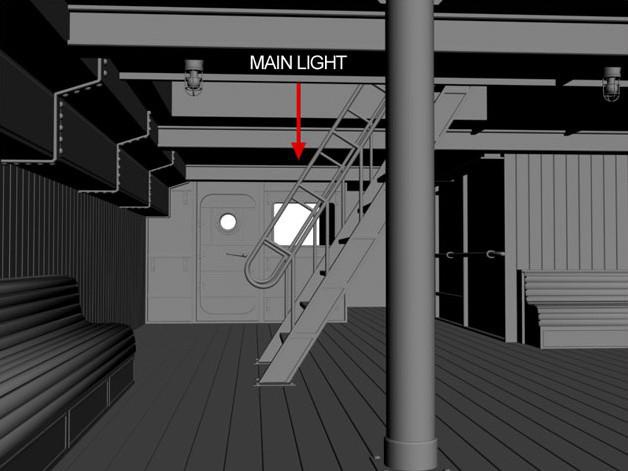 As this project was to primarily orientate around lighting I made sure to model details such as the grooves in the floorboards, benches and wall panelling as well as the bolts that run along the metal panel on the left wall and window wall. This was to emphasise the effect of the lighting and create more shadows.

The scene is essentially composed of two materials; painted metal and wood and so consequently did not require a huge library of materials. After sourcing a few metal and wood textures I placed some lights in the scene (Fig.02).

The main light simulating the sun was a Target Direct (number 1 in Fig.02). The other two lights composed of two Omni's, one in front of the window / porthole and the other out of view to the right of the camera which was used to add some fill light in the foreground and on the column. 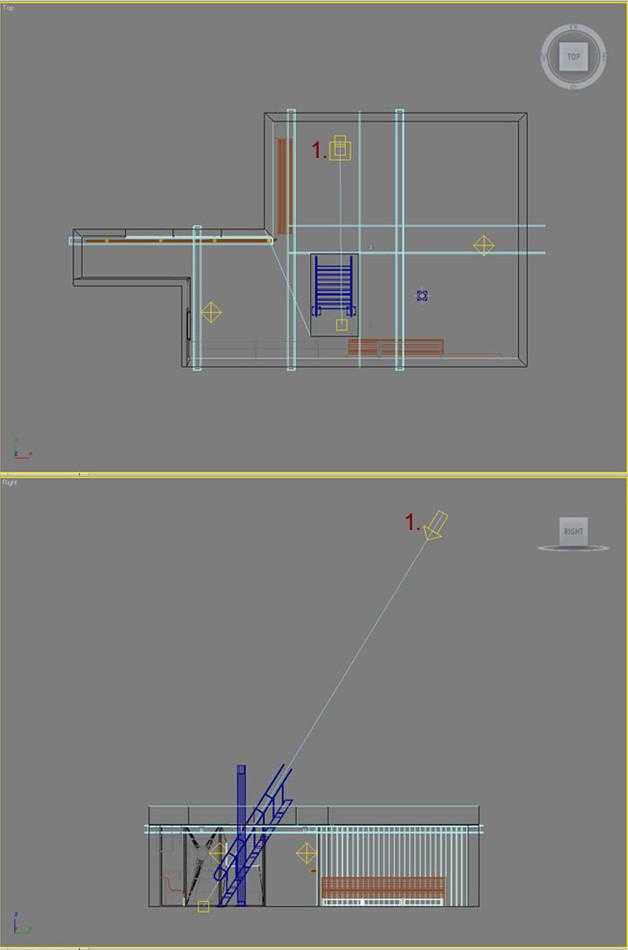 The textures for the near column and staircase were taken directly from another version of the scene (Fig.03) which can be found here:

I decided to unwrap the door and the wall surrounding it as this is a key focal point in the image. These four elements (steps, column, door & wall) were unwrapped in order to add detail in specific areas but sections such as the floor and benches used a generic wood texture that was tiled.

The metal panel on the left wall is a basic box shape that is repeated but I didn't want to map the whole section. So in order to get grime in the correct areas I unwrapped one complete section and then duplicated this piece of geometry which then carried the UV co-ordinates through. In Fig.04 you can see the texture for the entire panel which corresponds to one section of the geometry. In order to avoid any obvious and repeatable patterns I manually tweaked some of the UV's on each panel section so that they were not identical - the bane of tiling textures!

I followed the same procedure for the ceiling supports. 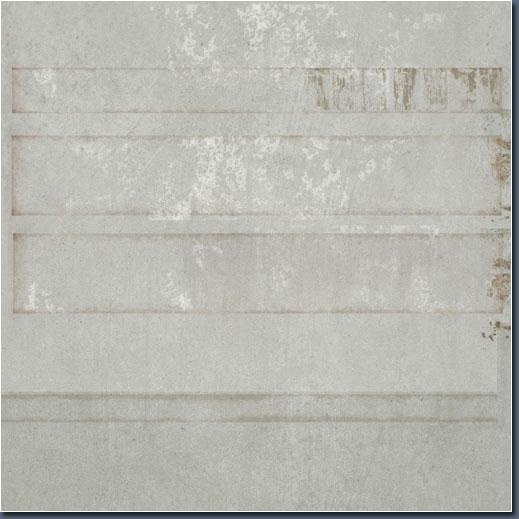 The floor area is perhaps the largest unbroken section of the scene and so required a map that would tile so as to reduce the texture size. However the drawback of not unwrapping geometry comes when wanting to localise dirt in specific areas. The way to counter this is by using a Blend map (Fig.05). 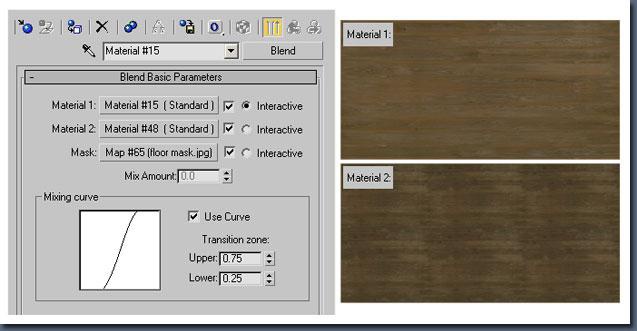 Here we can see the Blend map consisting of two materials and a mask. Material 1 is the clean floor and most of what is seen in the render. Material 2 represents the dirty floor. Both textures are tiled by the same amount but in the Mask channel we have a greyscale map. This is not tiled and because it is greyscale it is a smaller file size and hence can be far bigger in scale (Fig.06). Here you can see the mask map where pure white denotes opacity (dirty floor) and black represents the transparent areas (clean floor). You can see that the dirt has been restricted to the edges of objects such as the column and steps.

When applied, the white areas of the mask enable the darker texture (material 2) to show through the clean texture (Material 1). 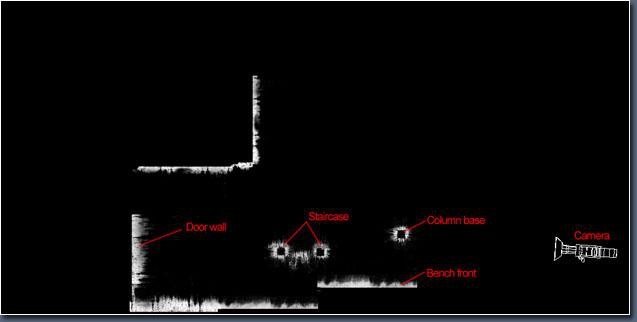 The final render can be seen in Fig.07. 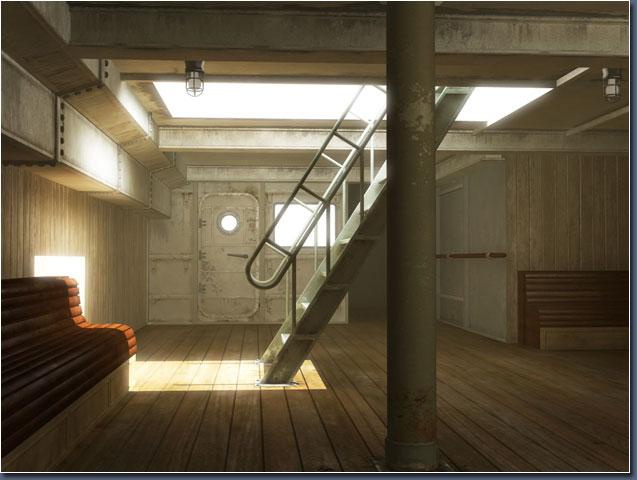