Stylize a cyberpunk male with ZBrush and Maya

In this tutorial I will show the process that I used to create a character inspired by the Cyberpunk 2077 game. The main goal of this project for me was to create a realistic character, trying to focus on texture and look dev and make it as realistic as possible. I'm going to show some methods I used on this character like texturing in ZBrush, how to export displacement maps, how to set up skin and eye shaders, and how to create hair with the Xgen plugin.

The first part of the process was to look for references such as equipment, clothing, and different human faces, and references from the Cyberpunk universe. The main objective of the project was to try to make the character as photorealistic as possible. The most important part is to separate the references well; I use the program PureRef, a free program that helps to create a photo reference board. Another important point I used in this project was trying to get into this world of Cyberpunk and Synthwave. So during the process of this work I listened to Synthwave style songs to get into this universe. 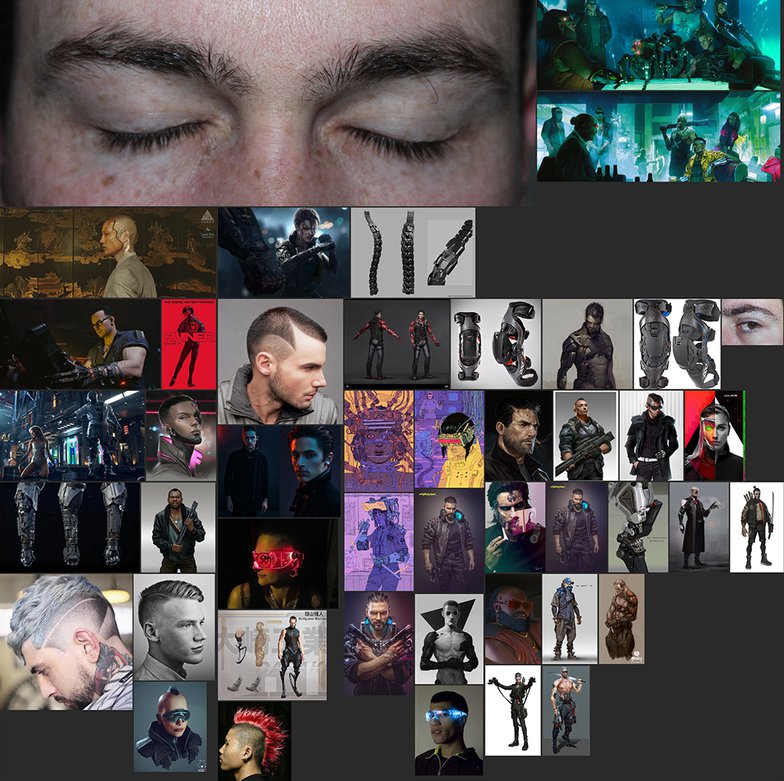 The UVs were made in Maya and ZBrush. For this character, I separated the UVs into UDIMs to have a higher texture resolution. The UV of the head I did for ZBrush, I separated the areas that I wanted to do the division, in order to separate in the UDIMs. But before I had UDIMS in ZBrush, I first separated the face areas like Polygroups in ZBrush, each area would be a UV cut-off region, having these groups the quickest and easiest method is to open that UV in ZBrush first.

To make the pores I used the texture of the Texturing XYZ site, a pack containing 175 alphas of skin. I like using the textures of Site Texturingxyz because it contains great textures with a very high resolution. I created a pore texture in ZBrush to use in some regions like the nose and cheeks. But before using each alpha and texturing it is necessary to do some steps. 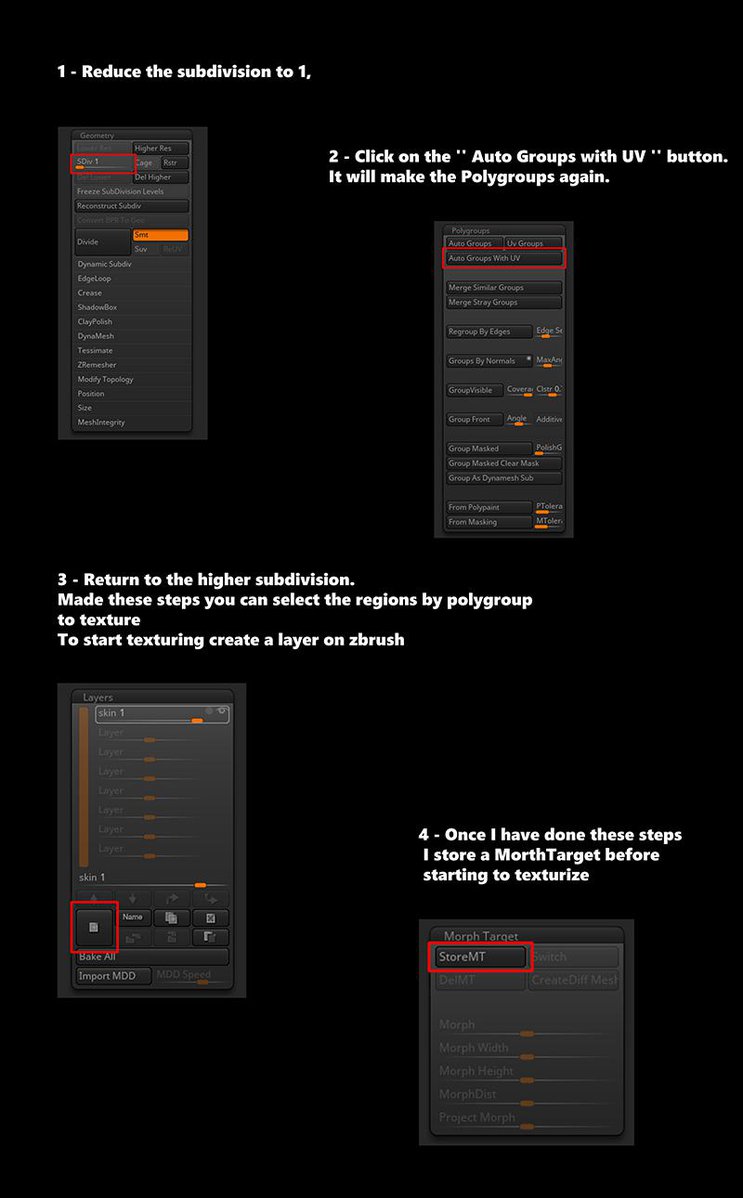 Once you have done these steps, we can start texturing. For this character I used the texture from the Texture XYZ site, the 175 alphaSkin Faces pack. To use these textures I made this image below explaining step by step how to use it quickly and easily. This Alpha TexturingXYZ set from TexturingXYZ comes with a PSD that would be each part and the corresponding position of the face texture. I like to use the texture of this site, because it has high resolution textures, it's real skin maps. 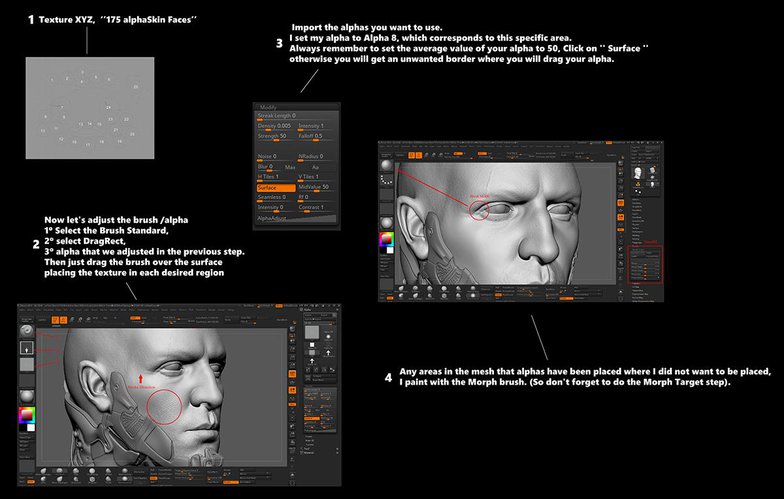 To do the face painting I used ZBrush, Mari, and Substance Painter. First I painted almost all the skin in ZBrush. I used a Standard brush, color spray and alpha 07 from ZBrush. In color spray I made a slight adjustment to the flow density and color to make it become an airbrush. This is very important to have a more skin-like result.

I like to leave in these settings: Adjust Color 0.02, and Flow 0.15 or 0.18. After I made the base in ZBrush I exported the texture to Mari, made some adjustments to Mari like veins and micropores with some brushes that Mari has in its brushes library, and also adjusted the saturation and level. After making these adjustments, I exported it back to the Substance Painter to paint the tattoos. This is a method that I usually apply to my work, always switching between these software, but first always making a basis in ZBrush. 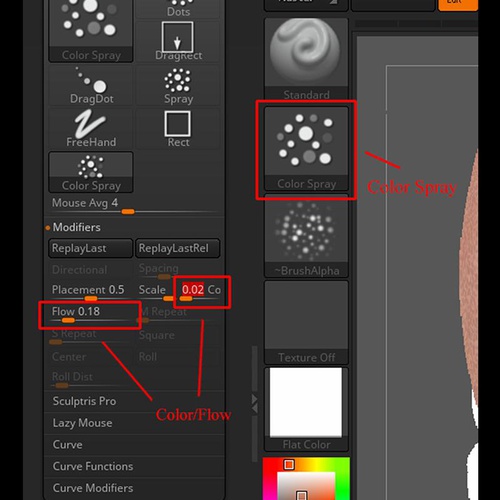 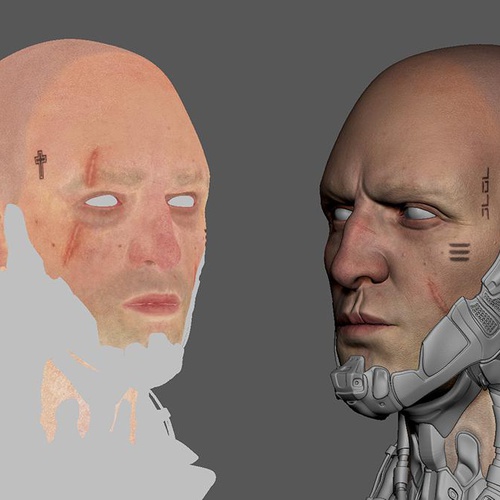 Once you have done this process it is time to export the maps. The Diffuse map I export in Mari or ZBrush, in this making of I will export to ZBrush as it is faster to export. The Displacement map was exported in these settings for use in Arnold.

4 - Select UDIM (this is the most important, so that ZBrush exports all UDIM maps)

5 - Leave in the subdivision you want to export the map, select Adaptive and SmoothUV

After all the maps were created, I exported each part of the character to Maya. I used Arnold's Aistandard shader on the face and applied some shaders to make it more realistic and more like real skin. The subdivision type was set to “catclark” and its iterations set to 4 for the Head and 2 for the survival vest.

In the Bump tab in Bump Value, I plugged a texture of Micropores, it's a texture I made in ZBrush, which helps to break the specular, making it more natural. In Photoshop I multiply this texture in several tiles, in such size UV. I just plug in the map, and select Auto Bump. 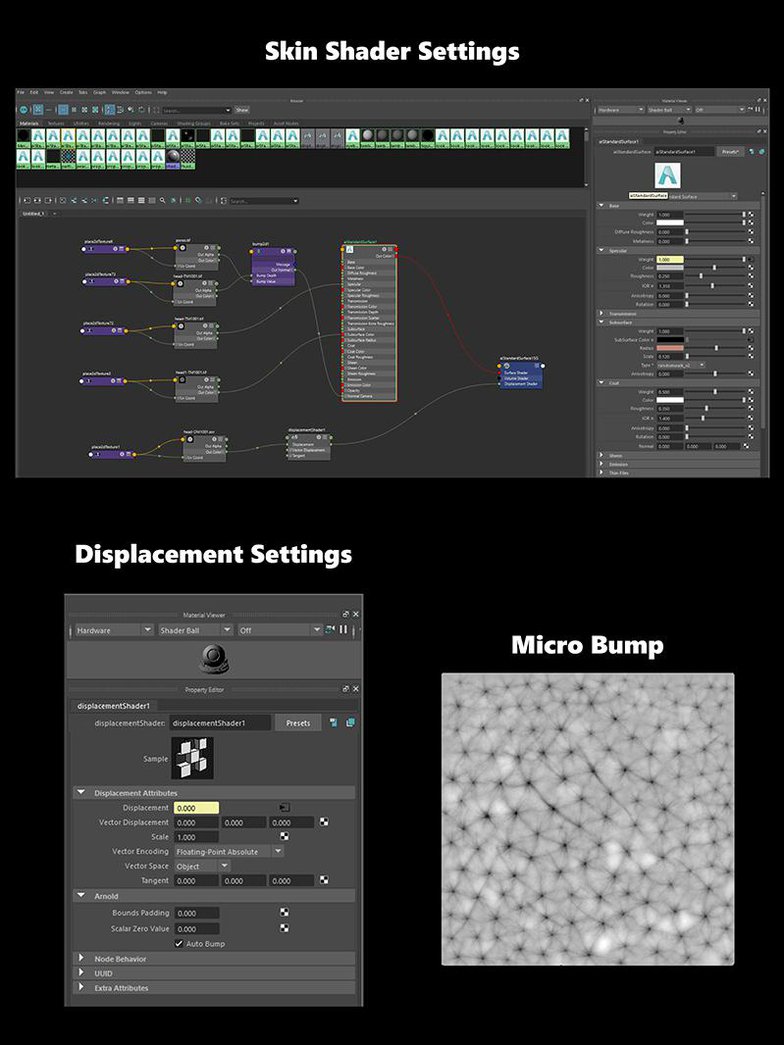 I did almost the same procedure for the eyeball and iris, but with some changes. 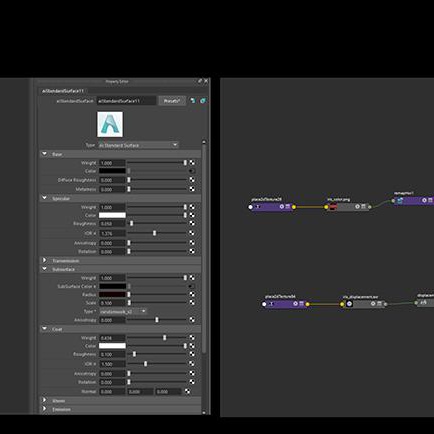 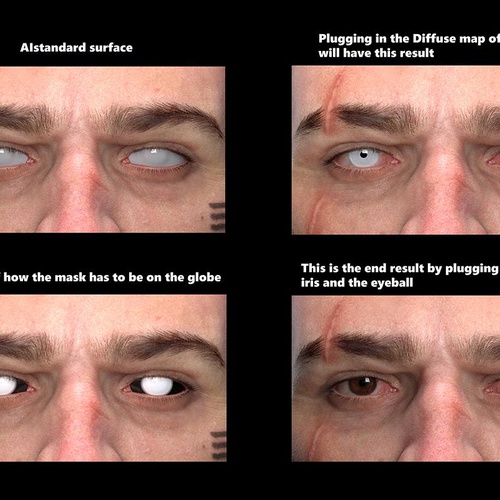 The method I used for the hair involved Xgen, a plugin that exists in Maya where it easily generates hair. It is very simple to use; first it is necessary to separate the region where the hair will be done. The first part of the Xgen process was to create eyebrows and lashes, and the hair last. See below how to use this plugin. 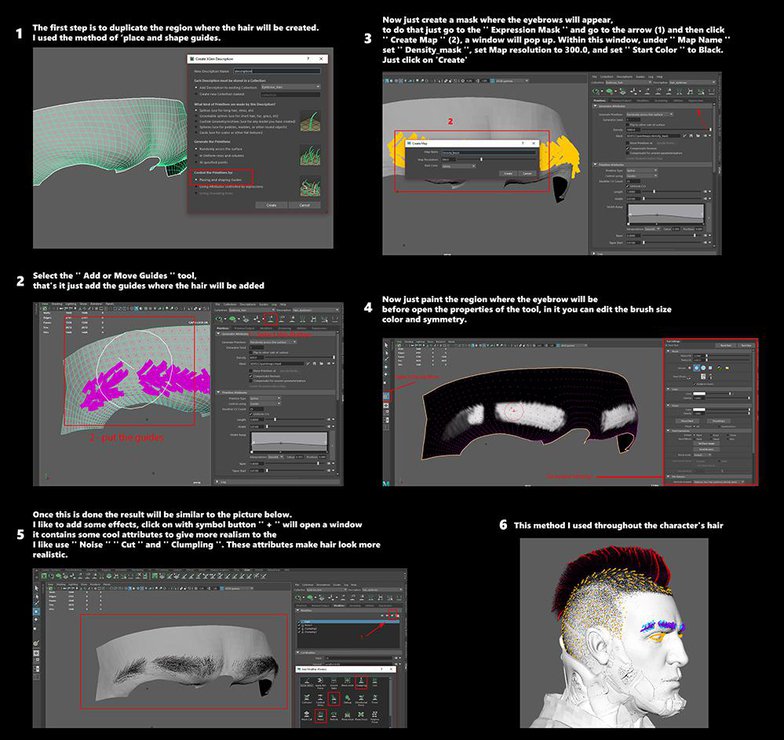 For the lighting I used the lighting setup on Jahirul Amin's website; he has some free HDR packs. The one I used is one that simulates a photographic studio. I created another lighting setting, something more synthwave and noir. It is important to make several tests with lighting for ambiance to find a final composition. 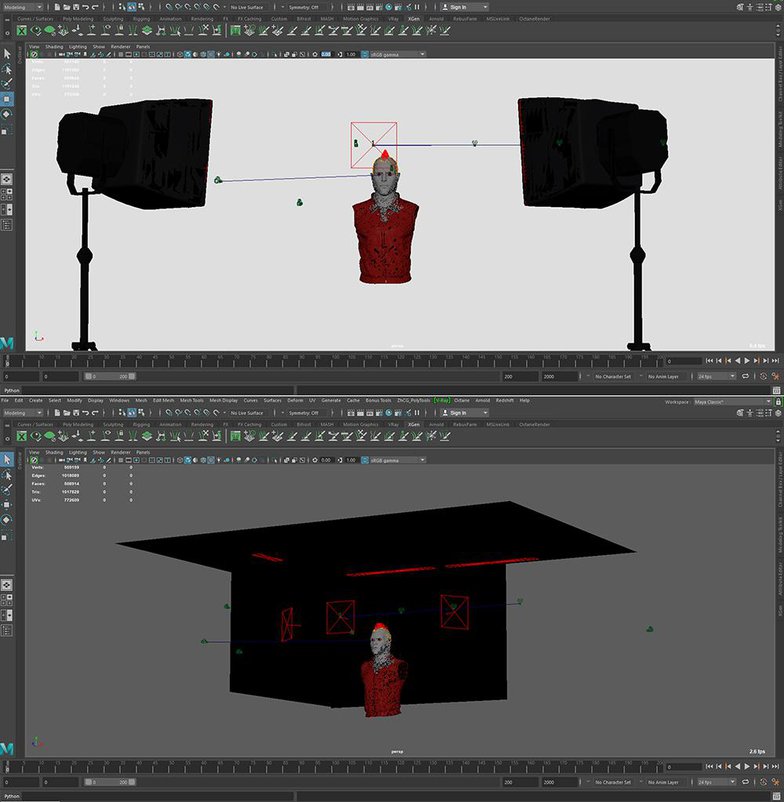 I think every artist has to challenge himself to new challenges and always study new methods. The industry always evolves as new technologies emerge, but we should not forget the artistic side of our studies. My top tip is to try to create your own textures, I like to always create textures and not just use ready-made textures. In this character, I created a pore texture to use on some areas of the face. So my top tip is to always study and practice new methods, but without losing the artistic part. 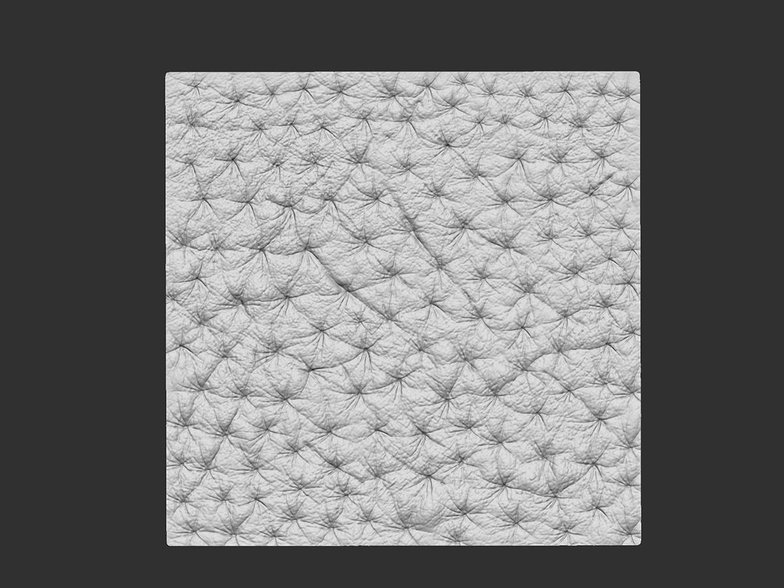 Creating your textures is a great method of study.