Starting out as a 3D artist – rendering software

If you’re thinking about become a 3D artist but are not sure where to start, dive into our 6-part series that will focus on your options for software, hardware, resources, tutorials, and more. In part two we take a look at the rendering software options available…

Welcome to the second part in a series of posts helping you get started as a 3d artist. The series includes delving into software, hardware, resources and tutorials – everything that will get you going in the right direction as you embark upon this super exciting journey. I entered the world of 3D visualization as a fresh faced 19-year-old, absolutely clueless in so many ways. I was grateful for others helping me on that journey. Hopefully this series will be like the many tour guides that I had in the early days. 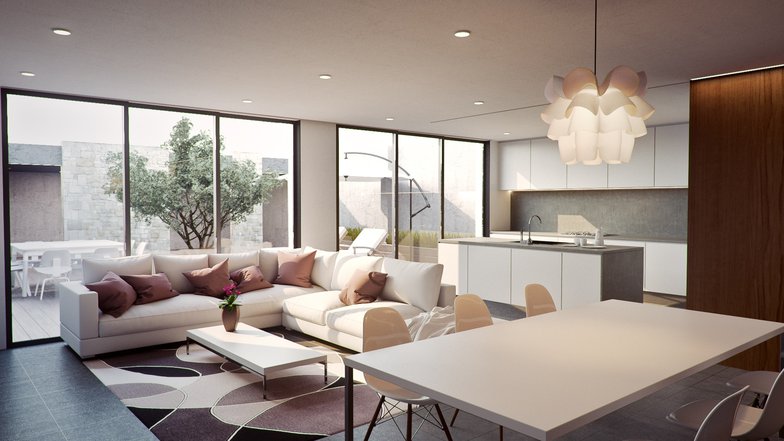 In the last part we delved into the world of software as it relates to 3D modeling and animation. We didn’t make much mention of the rendering side of things because we wanted to give proper attention to it in this part. If you’re new to 3D visualization then you might be wondering what on earth ‘rendering’ is. As a simple definition: rendering is the process of converting your models, lights and materials into an image. If you’re creating a video then these images can be merged together to create moving images.

More often than not people use the renderer that ships with their chosen 3D modeling software. So, if you choose to use Blender you’ll use Cycles or if you choose 3ds Max then you’ll use Arnold or Quicksilver. There are however renderers that can plugin to your 3D software or you can export your models into standalone renderers. We’ll take a look today at some of the more popular options that you have.

If you’re after the most straight forward entry into the world of 3D visualization then your best bet is to hitch your cart to Blender. It not only covers most steps in the production pipeline including modeling, lighting, and materials but it also ships with a free built in renderer called Cycles.

Cycles is what’s known as a physically-based path tracer which means that it will take the settings contained in your scene (models, lights, materials) and calculate the paths of light through the scene to give an accurate and physically true representation of your scene as seen by the camera. It works remarkably well out of the box but can be pushed to deliver incredibly customized results.

Alongside Cycles Blender also ships with Eevee. This is their GPU-only render engine that is intended to operate in real time.

The creators of V-Ray, Chaos Group, was formed in 1997 and has now become one of the major league players in the world of rendering. You’ll find V-Ray behind a huge range of sectors including media, entertainment, film, video and game production, industrial design, product design and architecture.

V-Ray is a plug-in which you can connect into 3D software including 3ds Max, SketchUp, Maya, Rhino 3d, Revit, Unreal, Cinema 4D, and Modo. That’s quite a line up isn’t it?! The benefit of this broad appeal is that you can make use of the same V-Ray tools even if you want to make use of multiple 3d applications for different purposes. As a beginner that might be a long way in the future but you’ll find V-Ray to be an excellent renderer even if you just use it in one application. V-Ray is also available as a standalone application.

V-Ray have worked hard in recent years to make their tools as easy to use right out of the box while not compromising the ability to fine tune every setting for the experts who want that level of control. As someone who has used V-Ray for a number of years now I think they are broadly achieving that aim and their most recent iterations are incredibly accessible and straight forward to pick up – after a bit of reading, learning and researching that is!

V-Ray is a major player in the 3d rendering industry.
(Image credit supplied by Chaos Group)

Corona Renderer is very much like V-Ray in that it is offered as both a plug-in and as a standalone application. The plug-in is available for 3ds Max and Cinema 4D. Since 2017 Corona has been a part of Chaos Group but stands apart from V-Ray in that it is an (un)biased renderer. This means the renderer takes no shortcuts to calculate the end result. Biased renderers on the other hand will carry out clever approximations to deliver almost the same results in less time.

Corona is an excellent option for beginners because it is so easy to pick up and use. They claim that most users will learn how to use it within a day which is quite a claim. This is what drives them though. It is a desire to get rid of all the technical detail in setting up renders and giving artists the creative freedom to create amazing images and videos. So, whether it takes you a day or more to learn it you’ll find the tools easy to pick up and understand and at times it’ll be as easy as just hitting ‘render’.

Corona is an (un)biased rendering engine which is super easy to use.
(Image credit supplied by Leandro Oliveira, Slashcube GmbH)

Arnold follows in the footsteps of both V-Ray and Corona as both a standalone (Windows and Mac) and a plug-in. You’ll find plugins for the likes of Houdini and Cinema 4D and is actually the built-in renderer for 3ds Max and Maya. That’s not surprising considering it’s owned by Autodesk.

Arnold is used by the likes of Sony Picture Imageworks, The Mill and Framestore but despite its popularity amongst the big animation and VFX powerhouses you’ll find it to be a surprisingly easy to use renderer. If 3ds Max or Maya is going to be your modeling package of choice then it really makes sense to adopt Arnold as your primary renderer.

Arnold is the built-in renderer for 3ds Max and Maya.
(Image credit supplied by Autodesk)

Other than a very brief mention of Eevee earlier on we’ve not made a huge mention of renderers that work off your GPU rather than your CPU. Octane was the first (un)biased GPU render engine and has gone from strength to strength since its inception. Rendering through the GPU enables you to see instant and real-time (depending on your hardware) rendered results of your scene.

Octane runs as a plug-in for a prolific number of 3D modeling packages so whatever package you decide to use you’ll probably find its compatible with Octane. Other GPU renderers include Indigo, Iray, Keyshot, and Thea to name only a few. 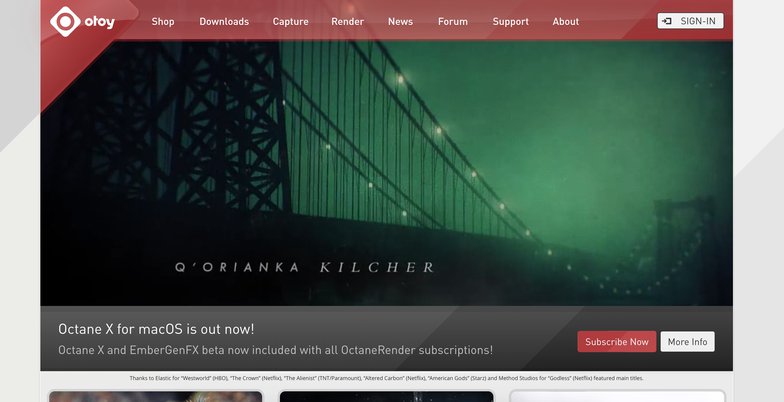 Wow, that was a whistle-stop tour if ever I saw one. Hopefully it’s given you a good starting point for considering your rendering options. If you want to opt for a different renderer to the one built into your chosen 3D software then the best next question to ask would be whether you want to render off the CPU or the GPU: In essence, do you want to wait for those renders to be calculated or do you want instant results. There are positives and negatives to both so it’s worth going in with your eyes open.