GV Prashanth has spent time as a CG generalist, specializing and learning different aspects of modeling and texturing. He currently works as a lighting/environment TD at Rhythm and Hues studios in India.

This was a render I created in my spare time after work. I wanted to learn the art of rendering photoreal characters using V-Ray in Maya. I also wanted to study a particular style of side lighting for this render.

When it comes to the workflow, I like to make things simple and clean, and at the same time make some good quality artwork. I also like to take up scenes with a fewer number of characters or objects and try to make them look as realistic as possible. I used linear workflow of lighting and rendering in this procedure.

Looking for references is the most important thing I do before starting off any artwork. It helps an artist plan out the workflow and leads him towards a particular direction to get the artwork done. I had to look for a lot of references for older skin, such as photographs of wrinkles and pores. Also from the lighting point of view, I studied how different skins react to the rim and side lights, since the rim and side style of lighting is what I was using in this render.

So first, I started with a low poly T-pose base mesh of a human model and started blocking the shape of the old man and started posing it. Once it was done, I started adding fine details to the skin – a lot of wrinkles and pores. Since he was an old man I made him look skinny and made the neck a little bent. Once the modeling was done I used UV unwrap inside ZBrush to unwrap the character. The hat was modeled using Maya. 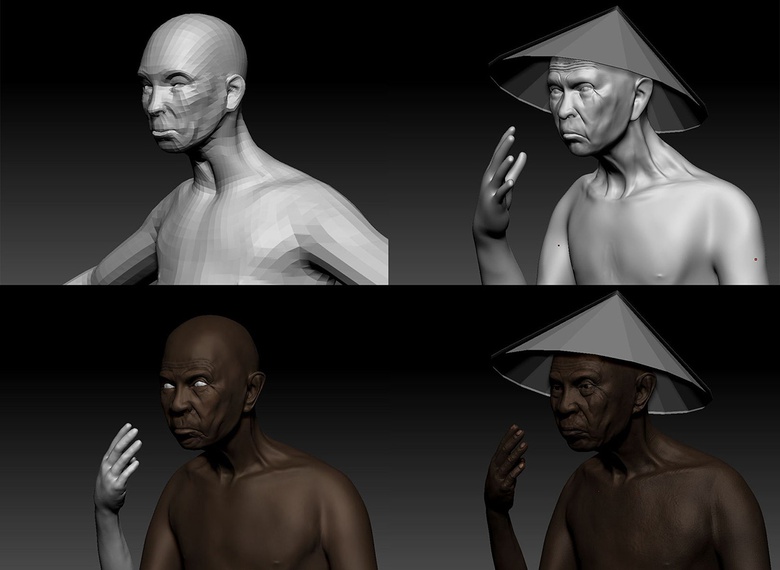 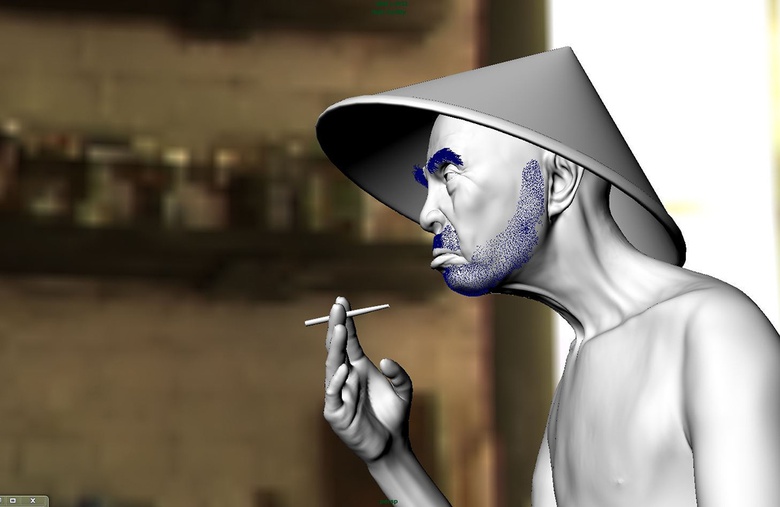 Setting up the shot in Maya

Once the modeling and sculpting was done, I added detail for the wrinkles and pores – a lot of spots and tan were also added to distinguish the older skin from the younger skin. Dirt was added at the synapses of the wrinkles, and at the corners and contact regions of the nails to the fingers. Tiny beard hairs and eyebrows were added for a little bit of realism. V-Ray Fur was used for this.

The textures were all hand-painted. I initially tried to use projected textures but later ended up using hand-painted textures only. Once the Diffuse map was created, I created the Specular map out of it using Photoshop. I used 8k Maps inside ZBrush to paint out the textures. V-Ray skin shader was added to get realism in the skin. Different maps of subsurface layers were created from the Diffuse maps. Hat textures were created by projecting multiple wood textures on to it. 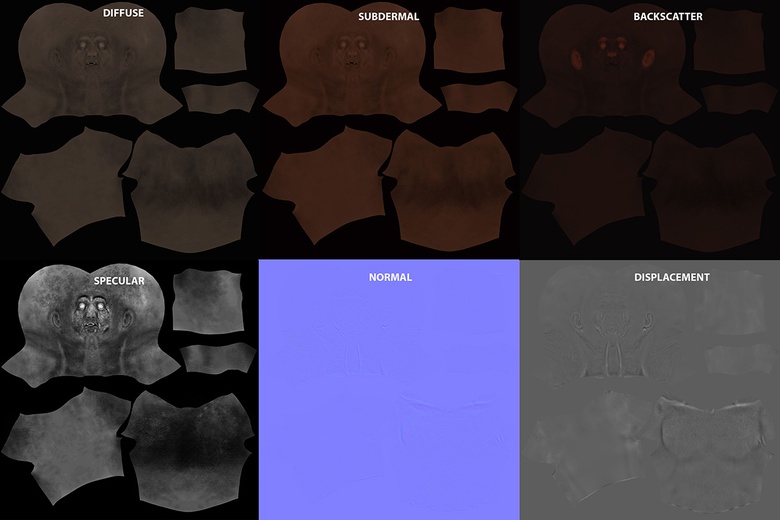 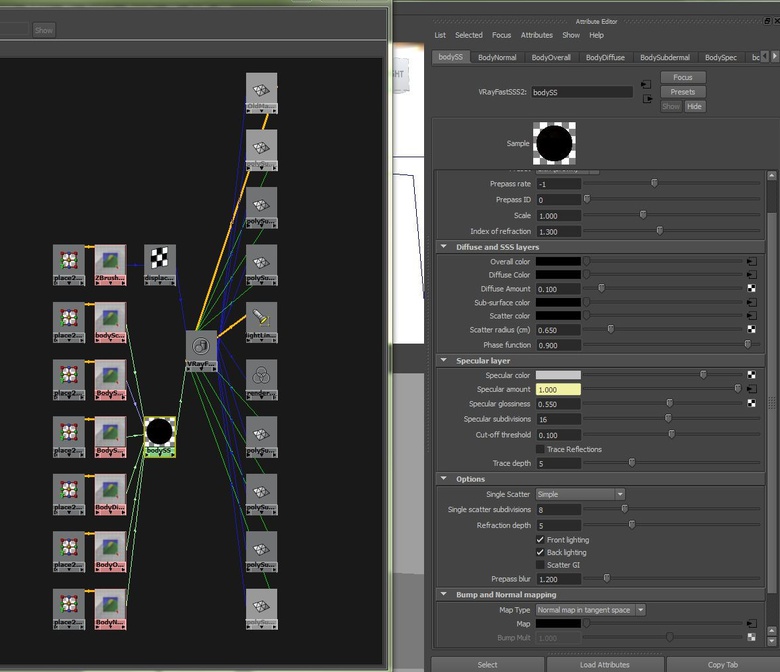 Lighting being one of the key aspects to realism, I wanted to place the scene in a calm and a lonely environment. I decided the key light would be more like a side light, giving it the highest intensity. Along with that, I added a couple of fill lights and rim lights to fill some areas, and get the details on the important parts of the skin.

Since this scene depicts a very lonely old guy lost in his own world, I tried to keep the colors in the scene to a particular tone, and at the same time keep it muted.

I used V-Ray lights along with V-Ray Dome lights for this particular scene. I used a HDRI of an interior scene to kind of replicate the initial setup of indoor lighting. A couple of lights were used to get a proper side lit feel to it, and at the same time give enough reflection on the skin. In CG, what gives additional shape or life to the character is the extra reflection component on it. Initially this scene had a lot of light bounces from different parts of the dome light, so I had to use a couple of light blockers to block most of the unwanted light falling on the character and to get a graduated shadow from the bottom by placing planes and switching off their primary visibility. Once the entire setup was done in the preview render, the settings were bumped up to a higher quality for the final render. 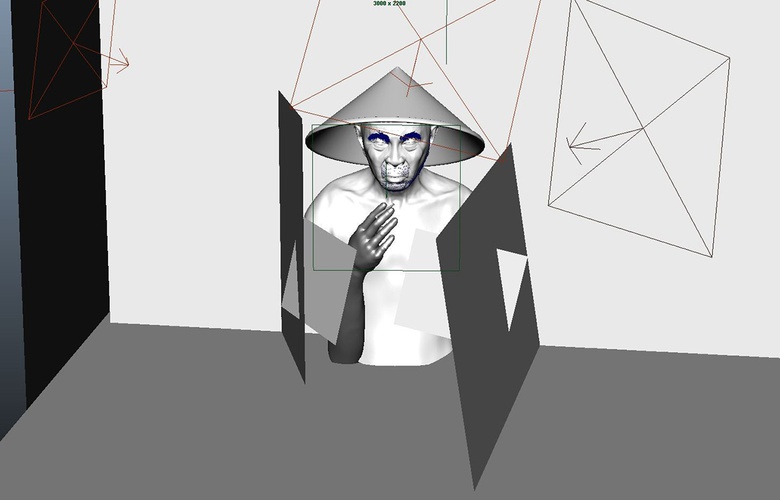 The light blockers used to control the lighting

There are basically 2 ways I prefer for rendering my artworks. The first method is that if I'm able to get my desired output straight out from the render I would prefer not breaking it to passes, and if I feel that I'm not happy with the output that comes straight out from the render, I prefer breaking it into passes and giving an extra punch to the final output using compositing.

But for this particular scene, I really loved the way it came out straight from the render and wanted to go with it. I also love the way the 3D DOF renders when compared to the DOF added in post, so I baked the render along with the DOF. 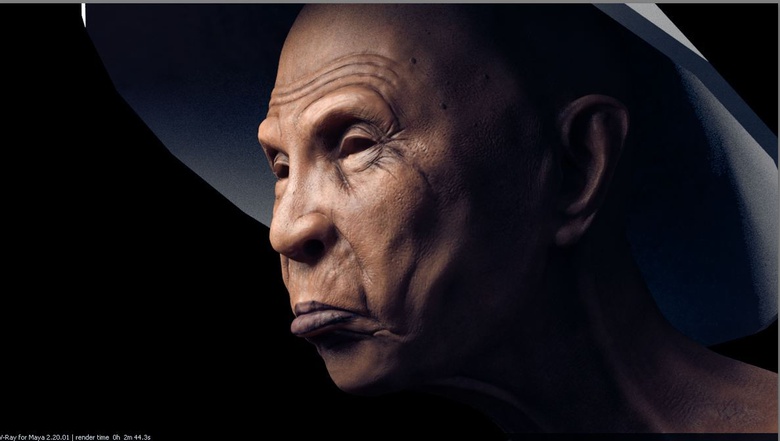 The model fresh from the render

After the render was out, it needed to be composited on top of the background along with the addition of some smoke effects, which was done in Photoshop. The background was created with the combination of textures along with a lot of hand-painting. Then the smoke was added from the cigar as an extra layer in the image. 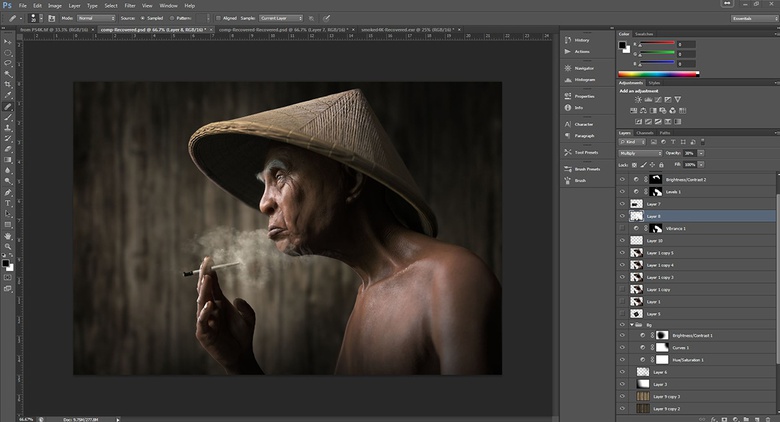 The settings used when compositing in Photoshop

Since I am a photographer by passion, I love to process my renders the way I process my photographs. So I imported the final composite to Lightroom and did some tweaks of the color levels, then added a color grade to get an extra bit of realism. I've learned from a lot of photographs and VFX movies that even adding a little bit of temperature inside the shadow region gives that extra bit of realism to the render. Therefore, I also added a warm temperature to the shadow region along with a bit of video noise. I also added a bit of Camera Vignette.
http://www.adobe.com/uk/products/photoshop-lightroom.html

And the final artwork is out! 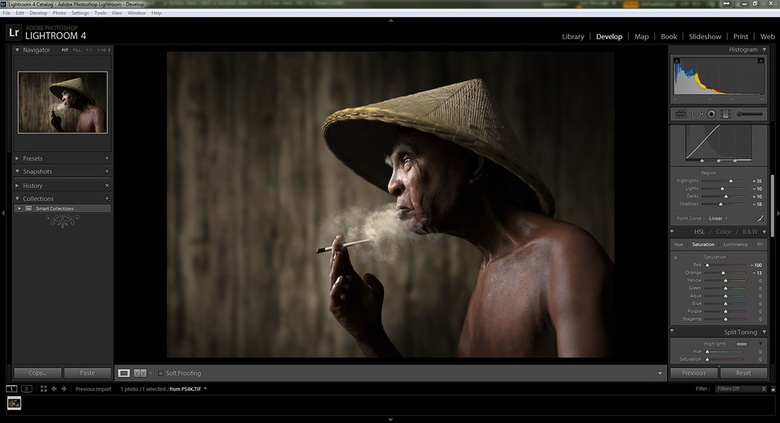 The settings used when compositing in Photoshop

As I said before, this was a practice in using lighting and V-Ray, and I did learn a few things in this project. I tried using Lightroom to get a lot of control on how the colors and lights turn out in the final output after the render is composited. I also learned how adding Video Noise also affects the realism in the character, and also how real a render can look when it's rendered using linear workflow. Finally, I also learned how adding light blockers can add better shape to the subjects in the render. 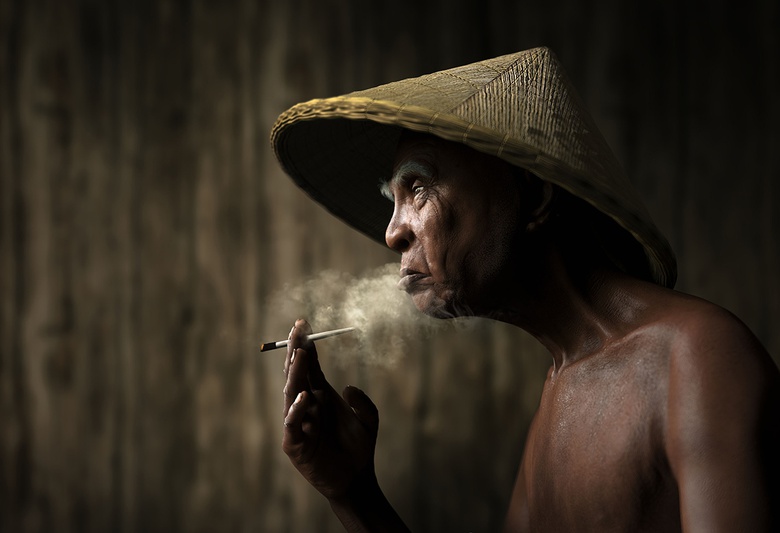 GV Prashanth has provided a process video of his Making Of Smoked, and you can watch it below.