During this tutorial I will show you the first steps for organizing my objects and UVs, to start modeling a scene or asset. After that, we will model for the camera and paint the textures to send it to a render engine for completion.

First, you have to create a box or a simple shape for the concept, and from that you will go to
View > Image Plane > Import Image and create a reference image uploading the concept to Maya.

From there you will correct the camera and move it really close to the concept perspective and position it right on top of it perfectly. Sometimes you will have to change the angle of view to make it sit correctly. After that you will model the scene until it’s finished. 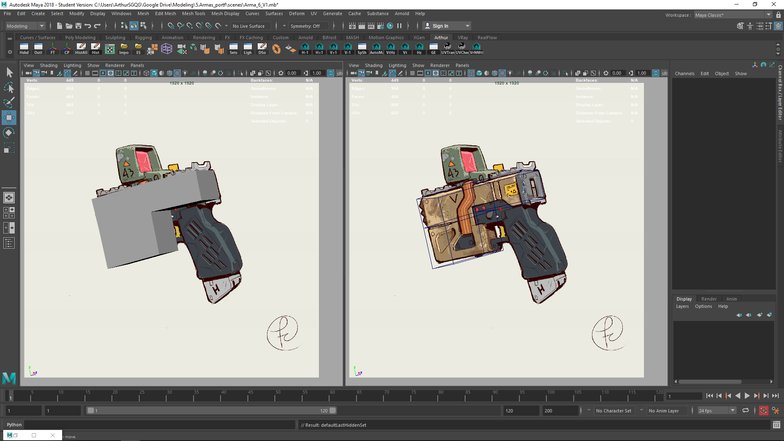 Creating a reference image and fixing the camera

Sending it to 3D-Coat

After finishing the modeling, you can open the UVs by hand or use an automatic UV mapping software. From there you can open up 3D-Coat and create a new scene (clicking on Paint UV Mapped Mesh and selecting the OBJ to import on the scene, choosing its own texture size). 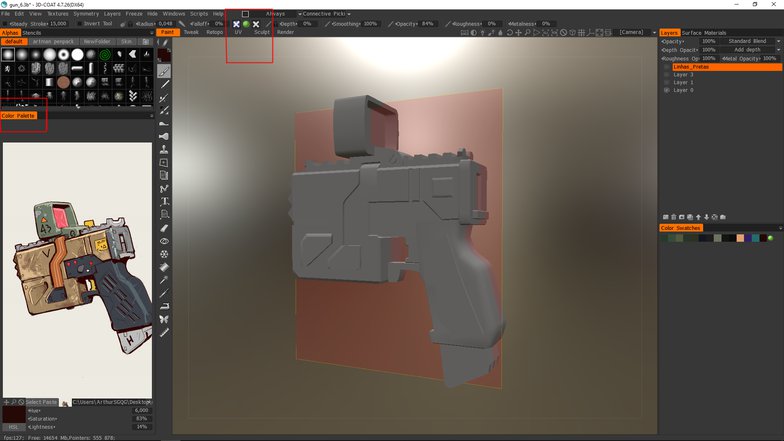 Setting up colors and shaders

On top of the workspace there are three balls representing the shader: normal, diffuse, and reflection. I use only diffuse so I’ll disable the other spheres there, meaning that in my brush only the diffuse will work while I maintain this setup. And using the window called Color Palette; I will click on select and pick up the concept. From there, clicking inside the concept, you can choose the colors directly and use the Bucket tool to paint and get the basic first colors. 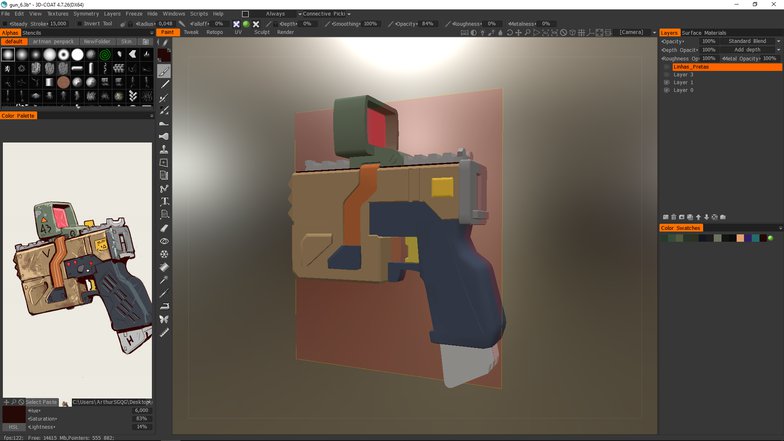 Picking colors and setting up the shader

After picking up the basic colors, you will use the same system by clicking on the concept to pick up the next colors, to continue refining the details and other information. Remember that in layers you have the tool to blend the layers so you can use features similar to Photoshop (like Multiply). 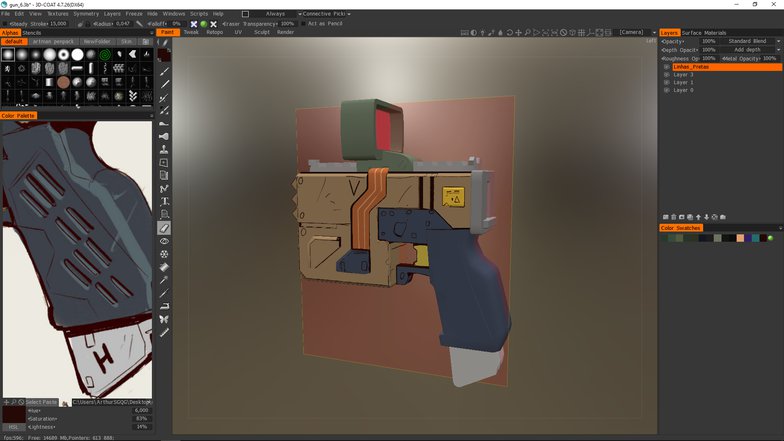 Sending it to Marmoset

After finishing textures you can go to Textures > Export > Color/albedo Map and export the textures to use in the engine, in my case I will use Marmoset Toolbag. Opening the program, import the OBJ scene by just clicking and dropping on the canvas, and in the third sphere that looks like a UV seams, pick up a material called Unreal 4 Template, and just click and drop the texture on the Albedo Section of the Material, changing the microsurface and reflectivity as you wish to make the material look like the material you want. You can also create some lights in the scene to contribute and get close to the concept. 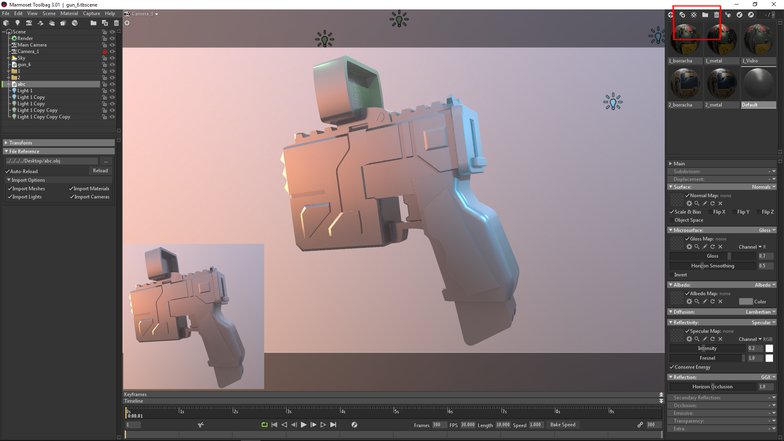 Sending it to Marmoset

With everything working and the materials captured the way you want them, there are three options to render the final image: you can go to Capture and take an Image; Video (using the timeline); or export the scene as a Marmoset Viewer. The last option means you will be able to open a little scene with the objects and the lights it supports (omni shadows does not work yet) and you will have the option to see whatever map that the artist used in the scene, like albedo, normals, and wireframe (to show the bake or just the polygon count). 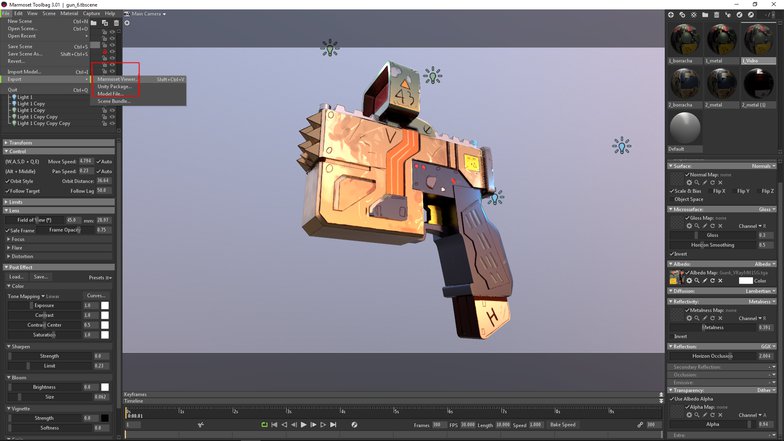 Exporting and rendering the scene 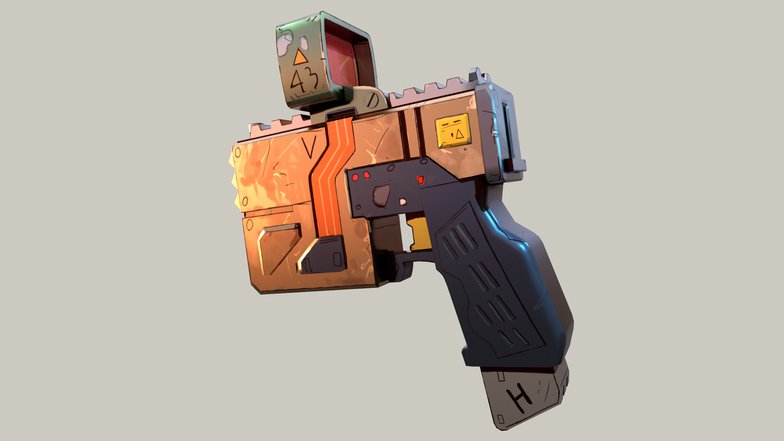 During the modeling it’s really important to make the camera look like the concept angle, making it possible to model it as close to the original as possible. This way it would be even easier to use the Color Palette tool to paint, putting everything into the correct space.